March is supposed to come in like a lion and out like a lamb, right? That’s exactly what has happened!

We got a surprise 4-5” of snow on Monday

And by Friday we were outside again! 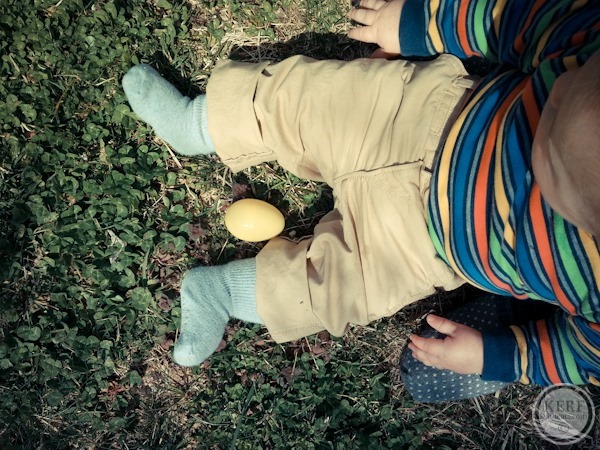 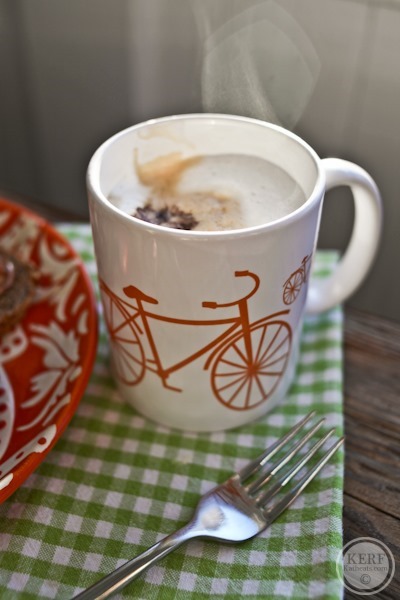 Eats from the week included toast with smashed banana and fruit. I made the toast with Cville Crunch bread plus a drizzle of Wild Friends cocoa coconut peanut butter. 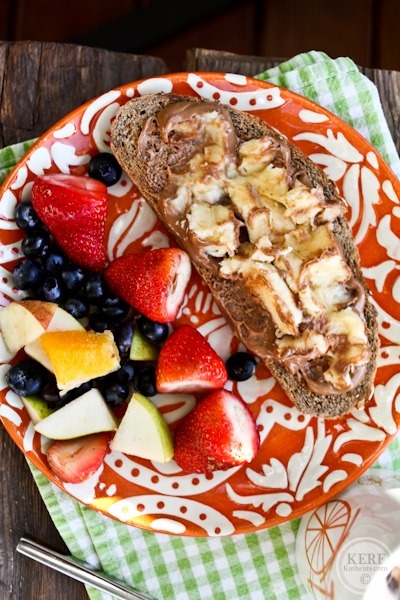 My new mug was a spring gift from Matt! He found it at my favorite gift shop in town, Oh Susannah. 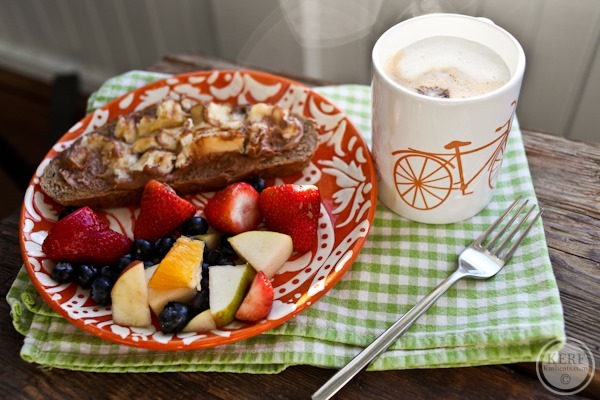 Another morning I had a bowl of fruit with yogurt and granola. I’m into breakfasts that don’t require dish washing these days : ) 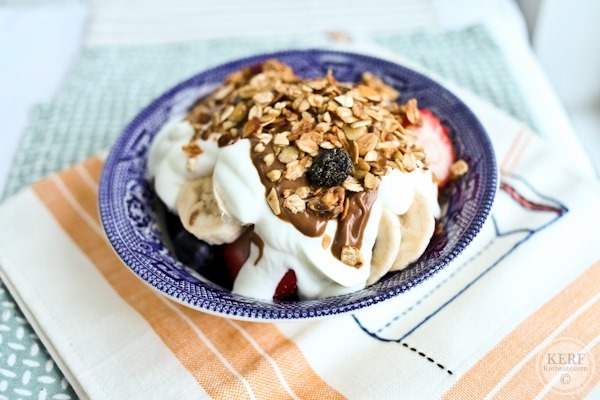 This is our latest granola from Great Harvest – Lemon Blueberry Buckwheat!! It’s fabulous (and Matt is going to have it on the website soon). 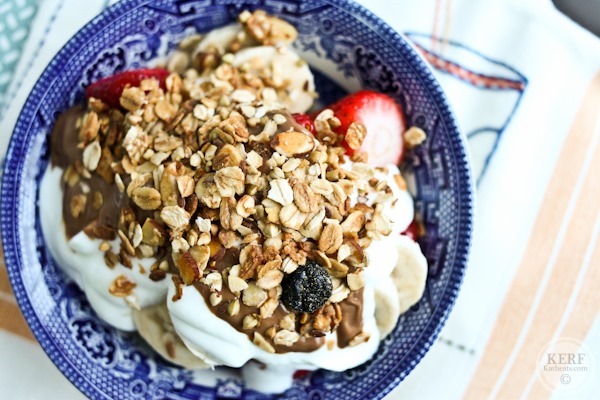 Here was the same breakfast another day – different bowl! 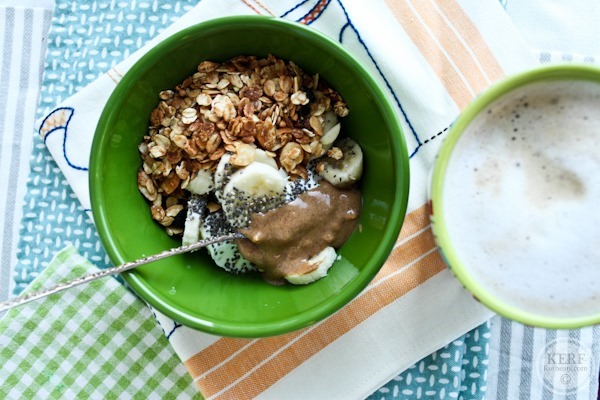 Spring thaw = smoothies. This was 1 cup of milk, 1/2 cup Greek yogurt, 1 cup frozen berries and a banana. And the last of the Irish Soda Bread – sniff sniff. 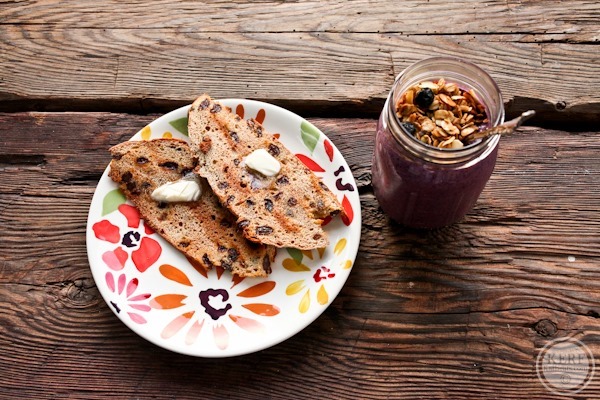 Favorite breakfast of the week: hot oats in an almond butter jar! I ended up falling in love with this 365 almond butter (once I added 1/4 tsp of salt to the mix). 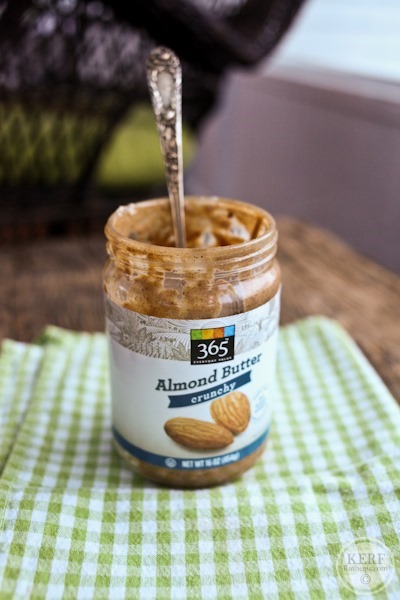 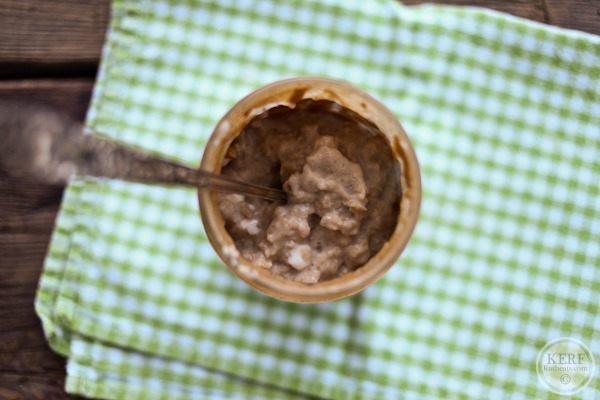 For lunch I made a batch of hard-boiled eggs that I’ve been working through. This salad was topped with egg, herbed turkey and PB+J toast. I actually found a YOLKLESS egg that’s also on here – have you ever heard of that!? 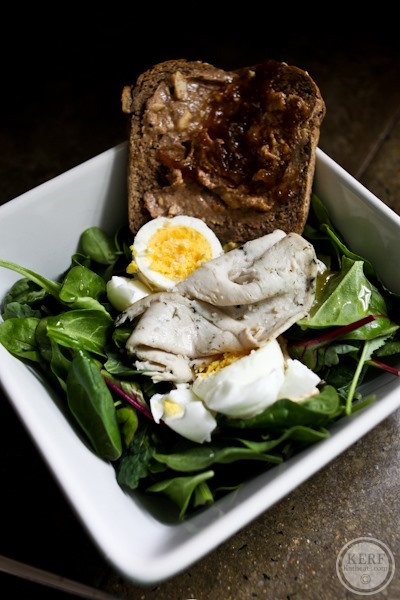 This was a tasty combo – a Hot Cross Bun turned into French toast. 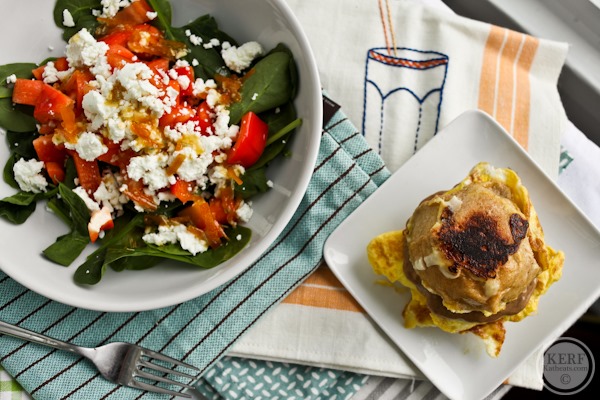 I soaked it in egg and then pan-seared it (the sugary top burned in a delicious way). I stuffed it with the remaining egg (scrambled) and some drippy almond butter. Sandwich of the week! 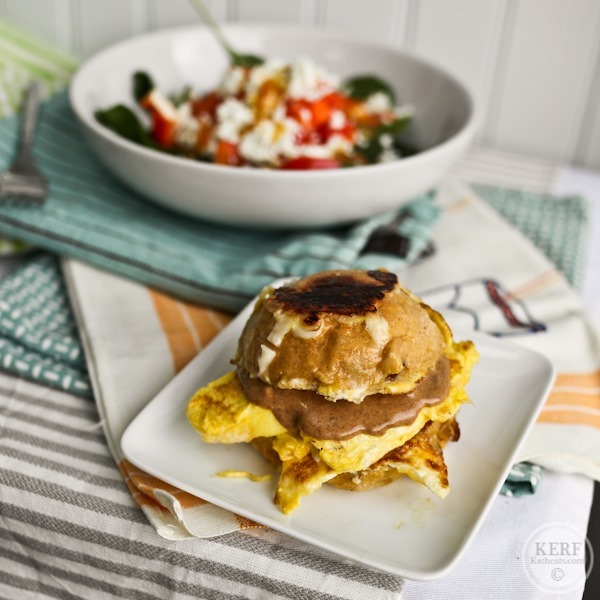 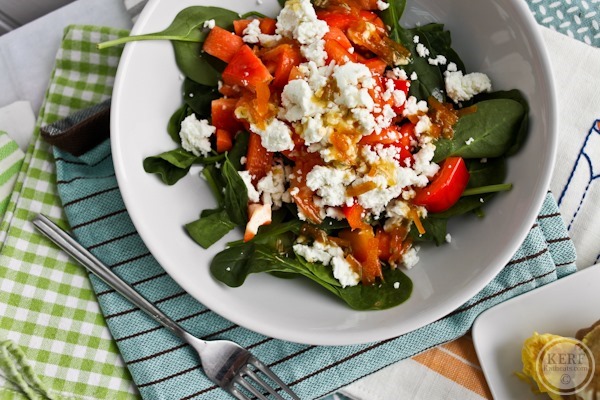 Matt and I had a dubbel tasting in anticipation of a top 10 beer post I’m working on. We decided to omit the dubbel category altogether though and voted in Belgian Strong Darks instead! 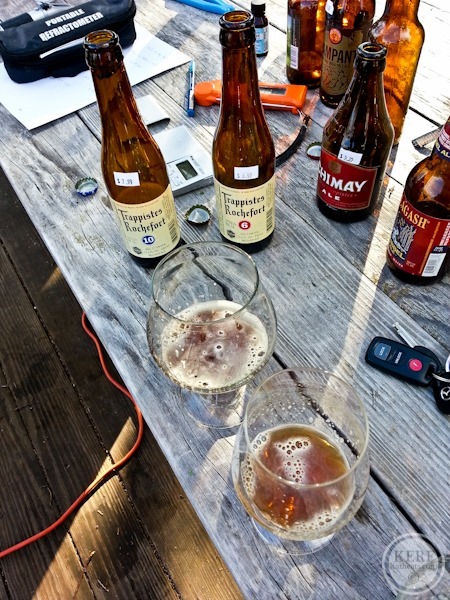 How is it that I only have ONE dinner to show you!? First because as of Thursday we have my parents here so that’s another post. And second because we had this dinner 2 nights in a row!

A beef stew that we made in the crockpot. Recipe coming! 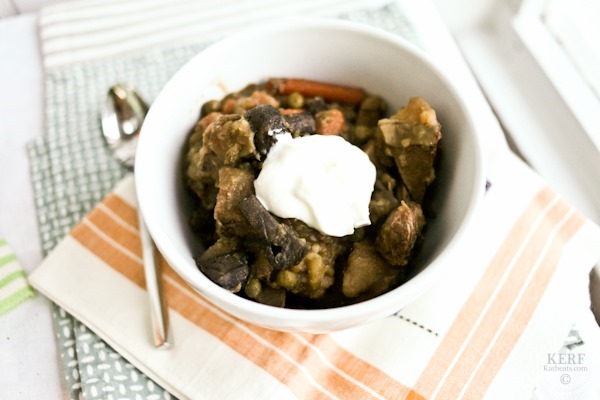 Another dinner is coming in a post next week – hint it involves PEAS!

Mazen enjoyed his first taste of green beans this week. He ate them all, but I could tell he didn’t like them as much as his other new foods. 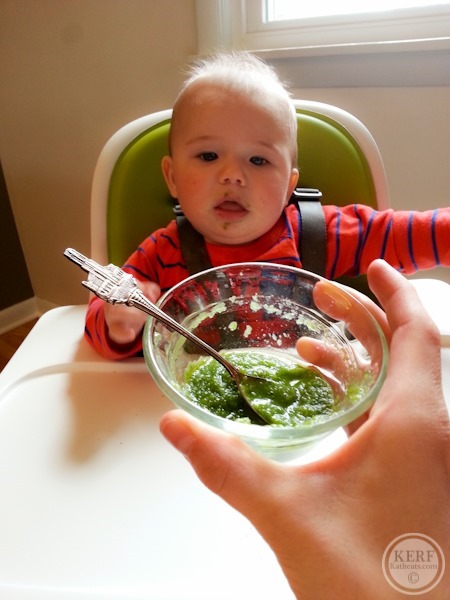