My Lately posts came in as the top favorite kind of post in my survey (although you are definitely an audience divided!), so I don’t want to change them too much, but my goal moving forward is to provide a little more of the “me” behind my choices. Some weeks will undoubtedly be wordier than others as ideas and thoughts pop up, but I’ll do my best to write more of the why behind : )

I am struggling to find the right balance between filling up for the day at breakfast and being too full during my 9am workout. I’ve had a couple of athletic conditioning classes that left me feeling like I had a blender in my belly.

My favorite breakfast of the week was this one: a slice of cinnamon swirl bread, 2 scrambled eggs and half a banana. Generally eggs + toast sit really well in my stomach (oatmeal not as well!). I left off the nut butter from this banana because my toast was a big hunk and I figured this breakfast had enough fat, but surprisingly I was hungrier than normal for lunch. 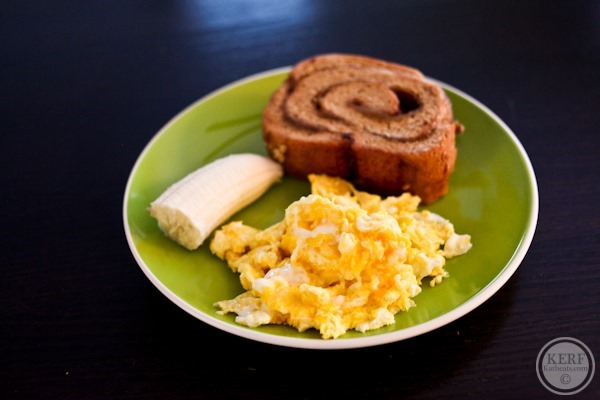 This big bowl of oatmeal did not do me well at the gym later that morning. Mazen slept a little later than usual so we ate later, and oatmeal really fills me up. It’s the reason it was my go-to breakfast for so many years – it sits heavy in there! Topped with some Love Grown granola and Naturally Nutty Mocha Almond Butter, it was a full meal. Surprise, surprise though – wasn’t hungry till noon! 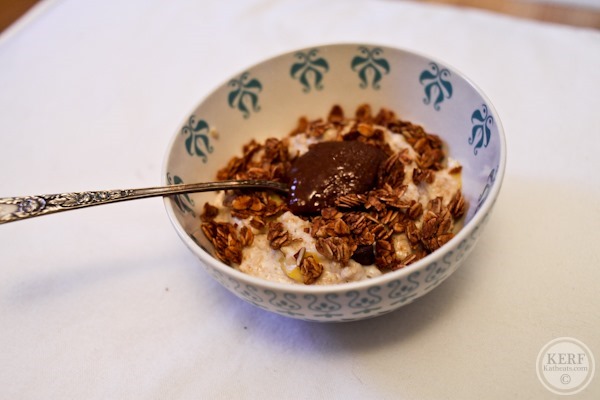 I don’t recall my workout association with this oats-in-a-jar breakfast, but nevertheless, it was yummy! 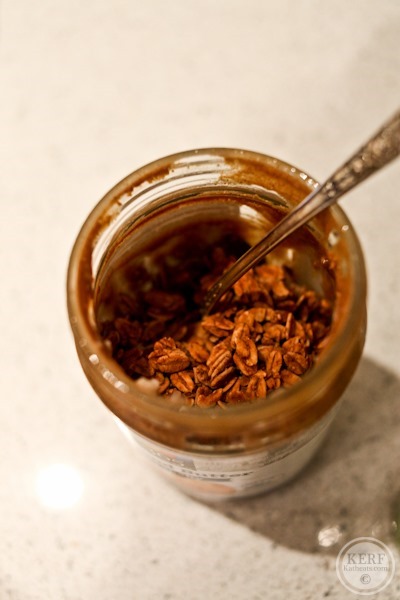 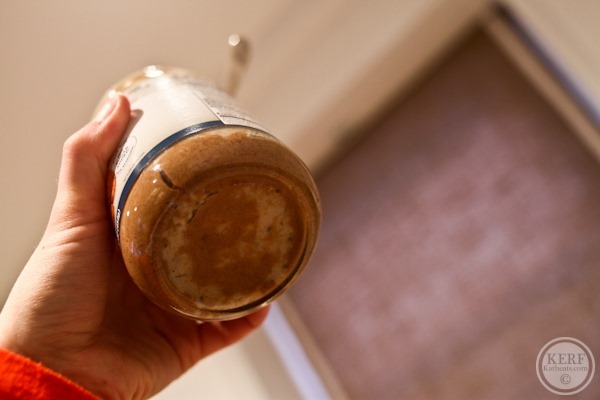 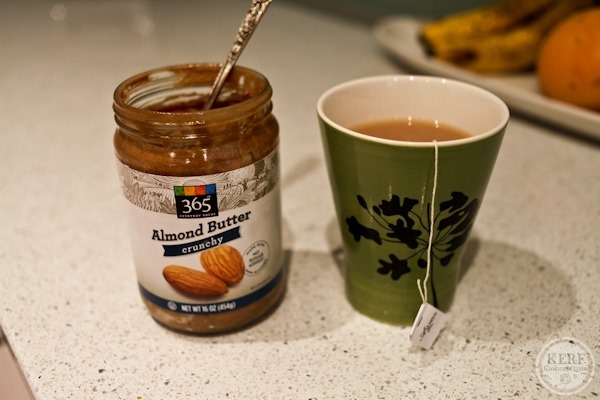 Monday – Fitness Fusion class. We spent most of our time on the bike and ended with some 80s leg lifts and things in the studio next door.

Tuesday – Training with Erin (30 minutes) and a short 20 minutes of cardio before I ducked out to join my friends in the pool. I’ve also been driving to the gym since the weather has been so cold so I’m missing out on those extra 2 miles of walking.

Wednesday – Athletic conditioning! Lots of running and stairs. A great class with some strength mixed in.

Thursday – A 4-ish mile run/walk with the stroller outside in the morning and a 2-ish mile walk in the afternoon.

Friday – Training with Erin (30 minutes) and some stairmastering. (20 minutes)

Saturday – Off for my trip to Nola but a fair amount of walking (I’m publishing this a week after I’m writing it!)

Sunday – Off for my trip home. Zero walking. Only airplane sitting!

My lunches have been all over the place – leftovers, random salads or just nibbles that equal a lunch. Too often I eat them standing up at the counter because I’m starving after my workout and shower, and Mazen needs me to change something about his lunch too much to sit down. Lunch used to be such a treat to take a break from my day, but I find these days I’m just itching to get it over with! Such a shame. I could wait until M naps to eat, but then I’d miss out on more important things (like writing this post) so it is what is for now.

This bowl is packed with leftovers – rice, chicken, cheese and some cinnamon chip bread (whole wheat at least!) 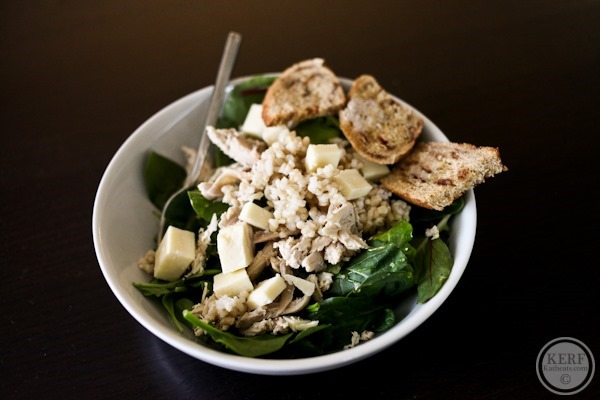 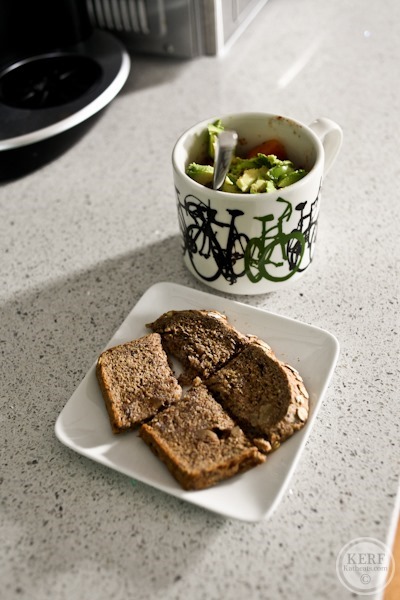 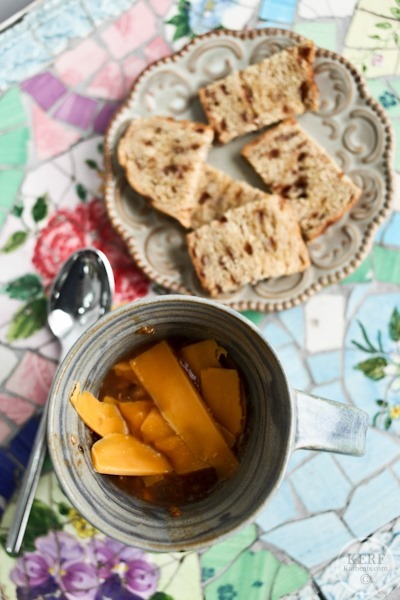 Here’s some leftover tofu green curry from a Cook Smarts dinner! Filled in with rice for carbs and hot sauce for flavor. This bowl didn’t fill me up as much. For some reason I find bread so much more filling than rice or other starches for lunch. 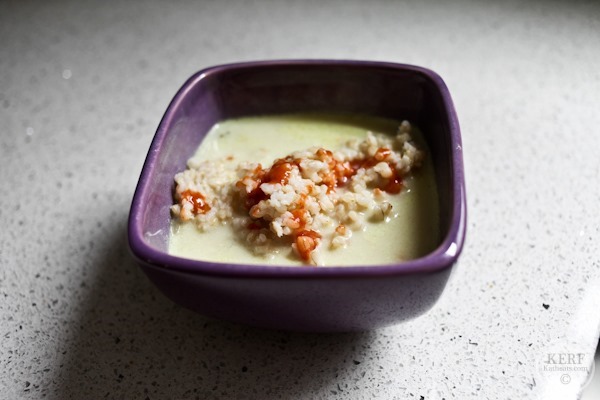 I strayed from Cook Smarts one week and was full of regrets! One night I had planned to make a dish that was supposed to take two hours and didn’t realize that until 6pm. Oops! Instead we made salads with leftovers: chicken, sweet potatoes, cheese and a roll half. Still good, but not on the agenda. 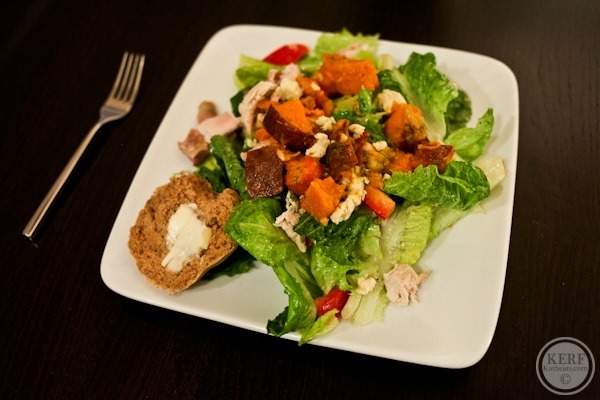 I did pull from the Cook Smarts vault and found this pasta dish with chickpeas, noodles and kale. 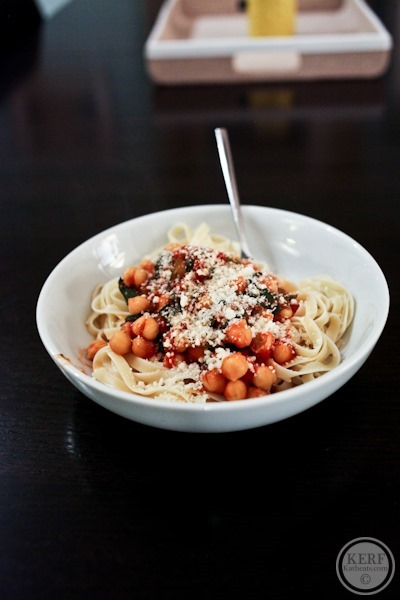 Mazen liked the noodles and sauce. 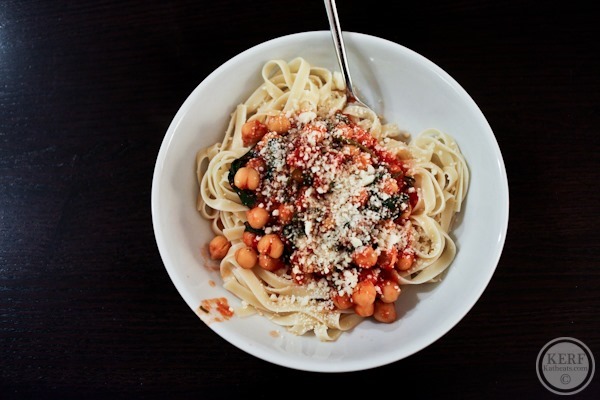 And another night we had the Cook Smarts tofu green curry, which was good but on the watery side for some reason. Probably my mistake. 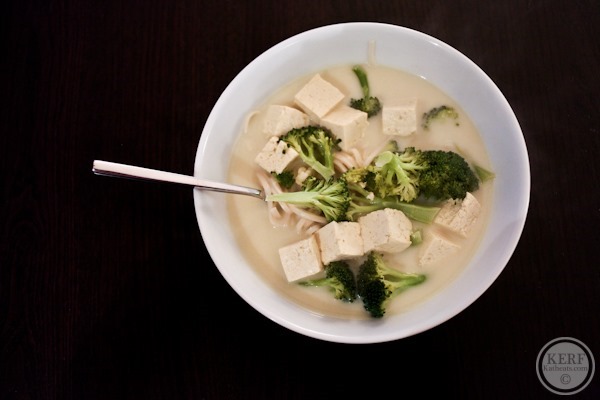 Mazen liked it because he loves broccoli!! 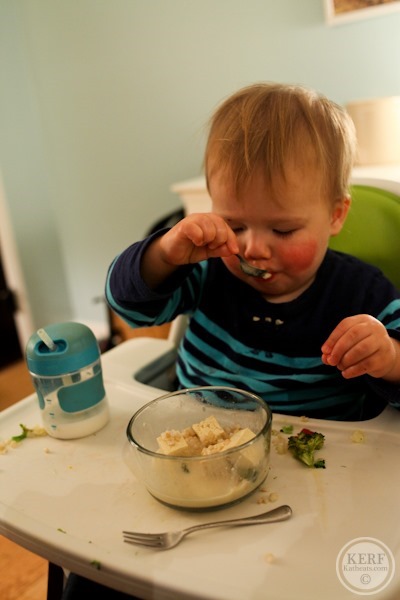 Another salad dinner – because I probably dropped the ball again but I don’t quite remember. This is why meal planning has become so important to me! We used to throw together dinners all the time, but now we’re really enjoying a different and new recipe each night. This salad had cooked zucchini, more leftover chicken and crumbled cheese over baby spinach. At least I had the thought to make a salad dressing from scratch! Our latest favorite is a mix of olive oil, apple cider vinegar, and a dill-flavored mustard that adds so much zest. 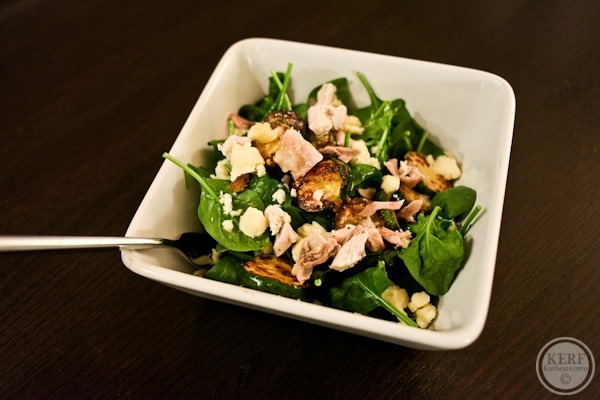 Last week was a bit hectic and crazy and I’m hoping this next week is on the calmer side : )