Some meals of late! The last of the 2013 bunch. Now that the holidays have come and gone, I am really hoping to get back into meal planning. We had so much to do that I don’t think we had a meal plan a single week in December! I bought a year-long subscription to Cook Smarts, so I’m ready to get going!

Mornings when Mazen wakes up with the sun are the best : ) 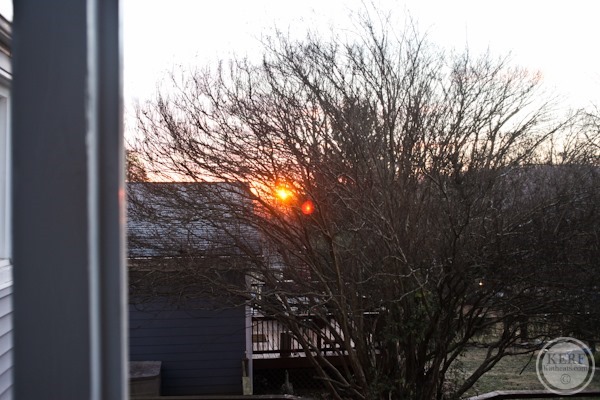 It gave me the chance to photograph some French toast on the porch! I think this was one of our 60* days we had right before Christmas. 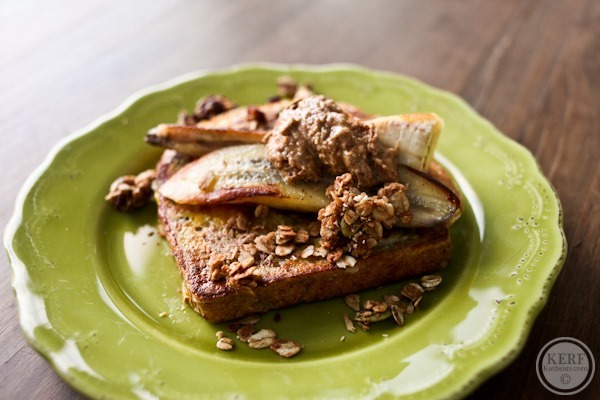 French toast topped with banana, almond butter and some granola 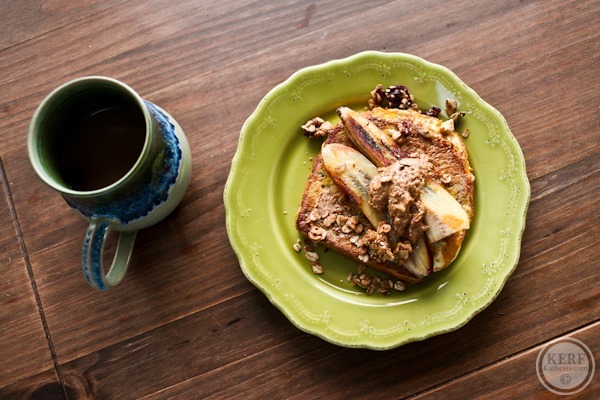 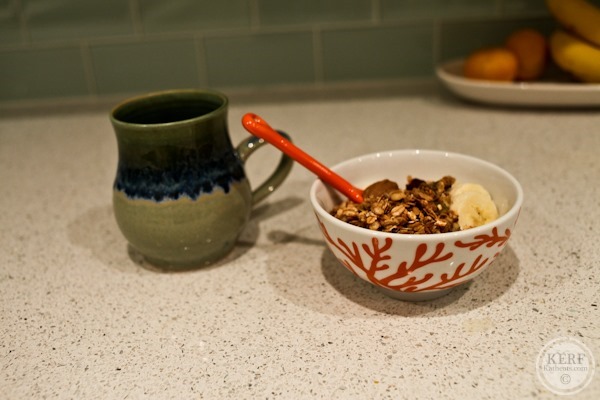 Yogurt + granola + bananas + nut butter. Get in my belly stat. 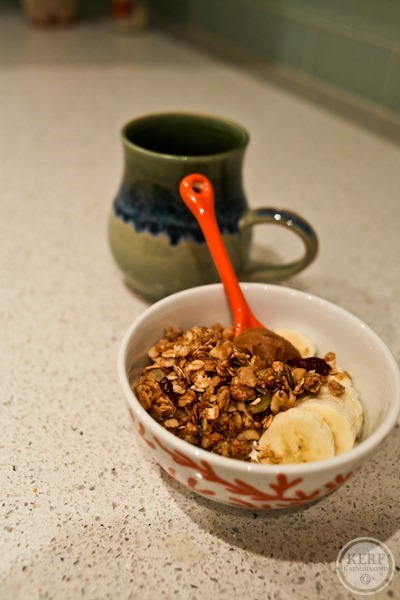 Another dark one – scrambled eggs, banana half and a roll with jam! 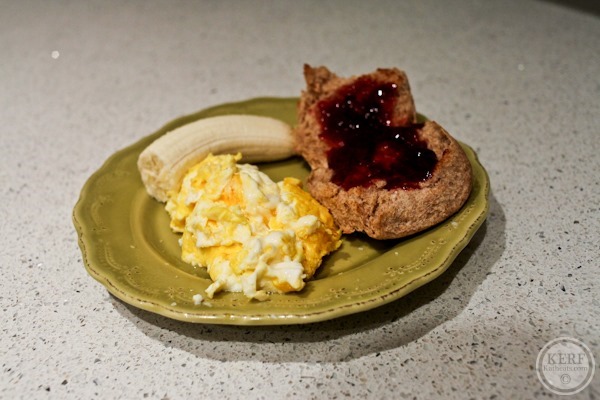 And here are two breakfasts from our Dallas trip: 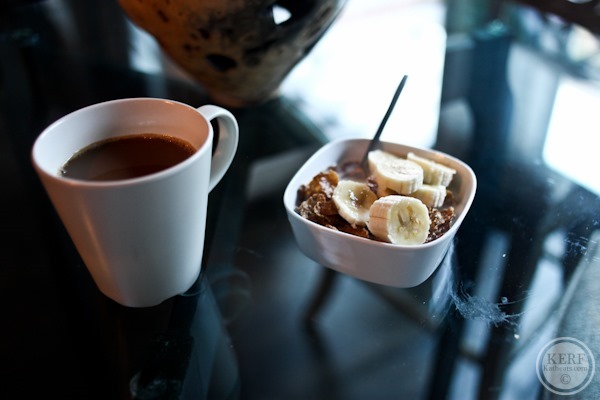 And peanut butter toast with banana before hot yoga 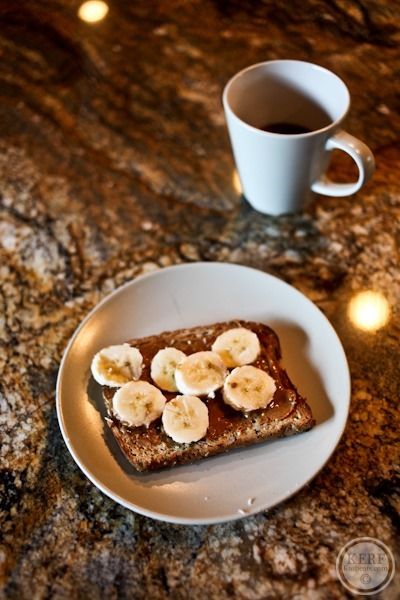 On the lunch front I’ve been alternating between salads and soups. This day was a salad with a No Bull Burger on top – lots of melted cheese too! It was served with buttery toast and a bed of greens. 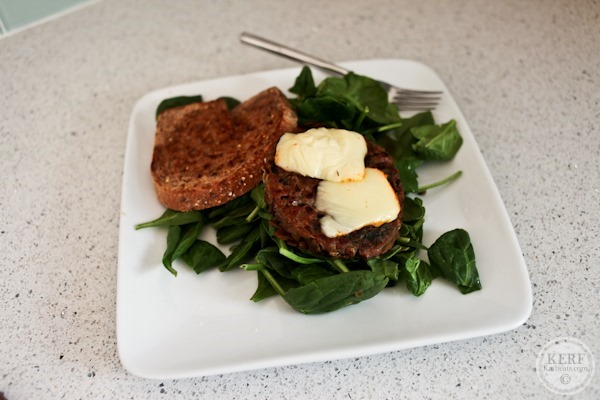 During the busy holidays Matt made some crockpot meals for the employees’ lunch. Mazen and I went down to try out his recipes and join in on the excitement.

One day it was BBQ served on Virginia buns, which I had with a side salad 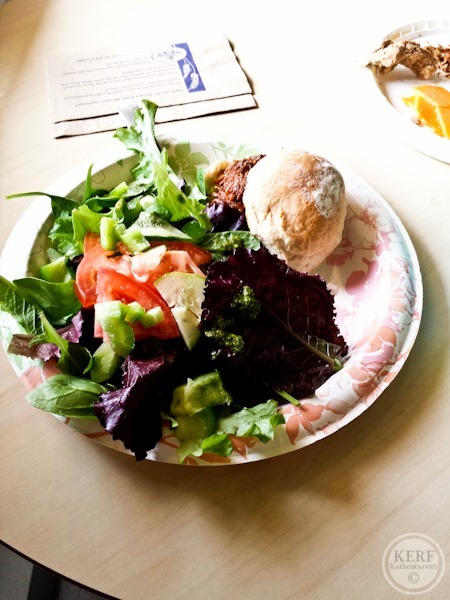 And another day it was chili, which was too hot to put down next to the toddler and take a photo. 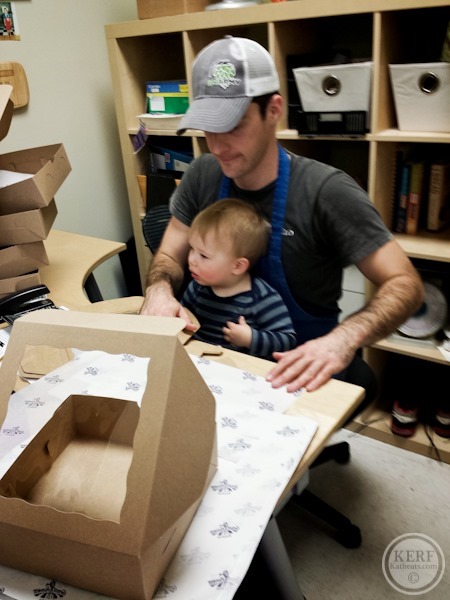 And here are two of my Texas lunches – both piles of leftovers from our dinner with salad greens for a bed. 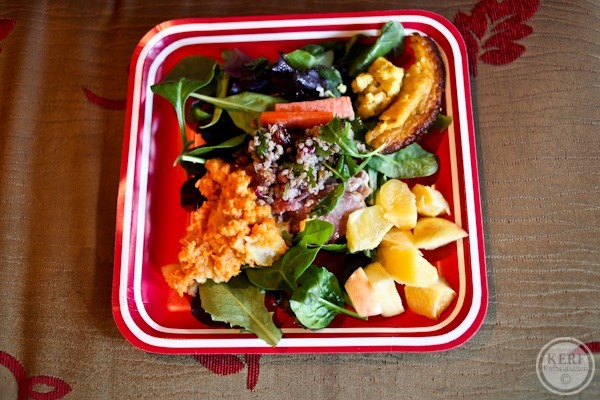 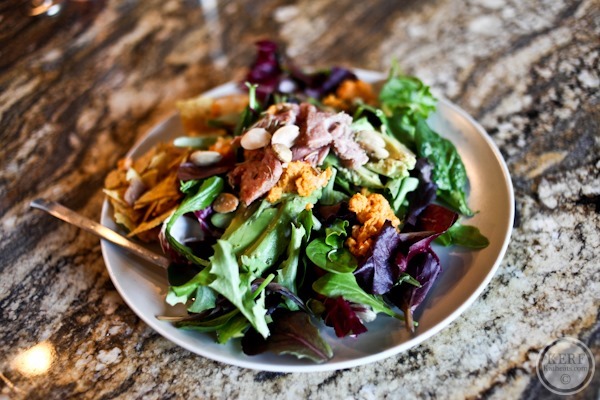 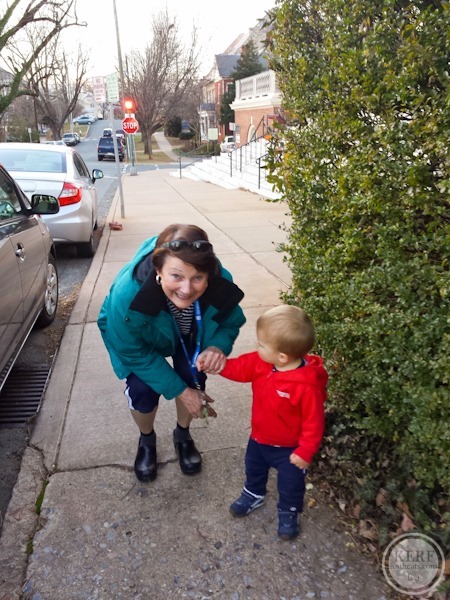 Karen came over before Xmas for a special dinner: steaks with Brussels and potatoes. We opened presents and sipped red wine. 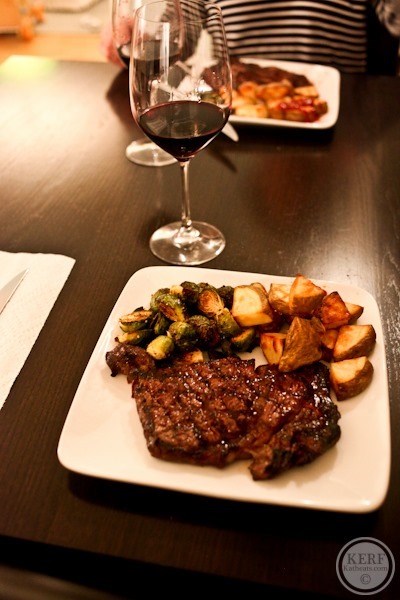 I did not eat all of that steak – we had lots of leftovers! 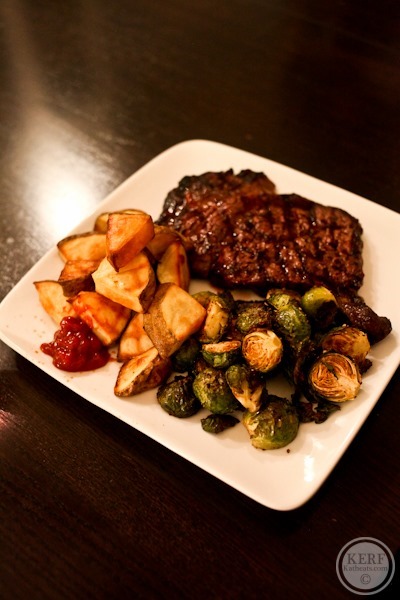 The next night Matt and I had plans for salads to lighten up the week. We cooked some No Bull Burgers and served them with sherry cheese dip on top. 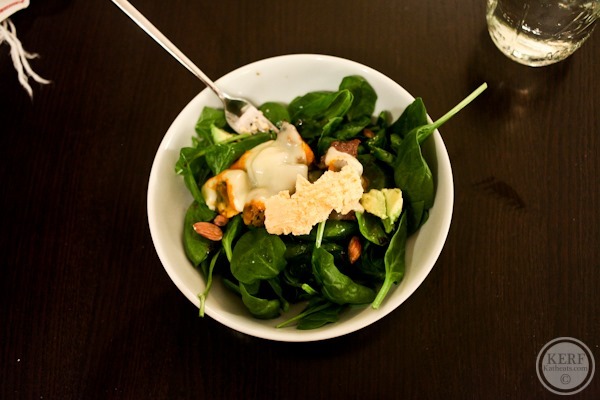 Once the greens were gone this happened. {Yes Matt ate his salad out of the container! It was a fancy night 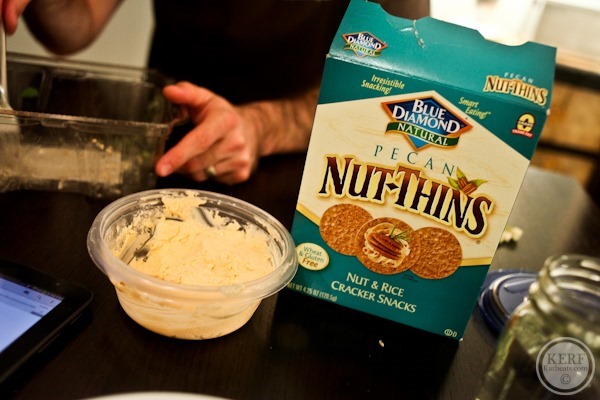 We made an awesome curried fish chowder with potatoes and cod. This was the leftover version – I swear I took photos of the first night and had some recipe notes, but I can’t find either!! Maybe I will find them : ) 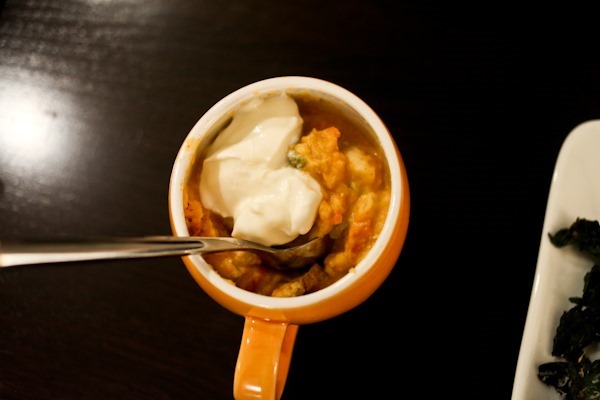 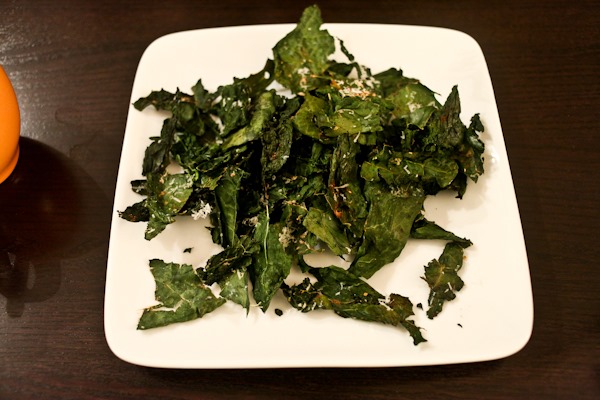 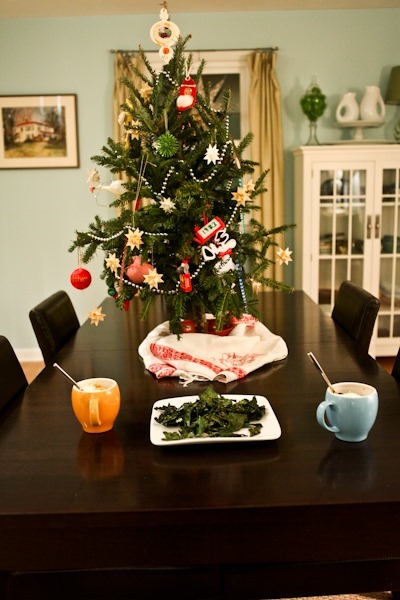 And lastly, this was a mixture of turkey breast (Karen made one and brought us some slices) served with sautéed broccoli, greens, wild rice and a ginger sauce on top. Healthy, but not one of my favorite meals of the year…. 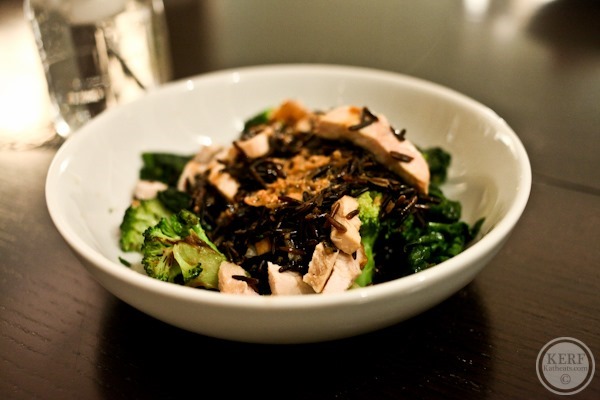