Jenna from Eat Live Run here. I was very excited to guest post for Kath when she went on vacation because we have been friends for almost two years now and she’s as sweet and Southern off the blog as she is on. We’ve always had a blast together!

Today I wanted to write to you all about something I get a lot of questions about on my blog—the French lifestyle and how French women seemingly eat whatever they want yet still stay thin! 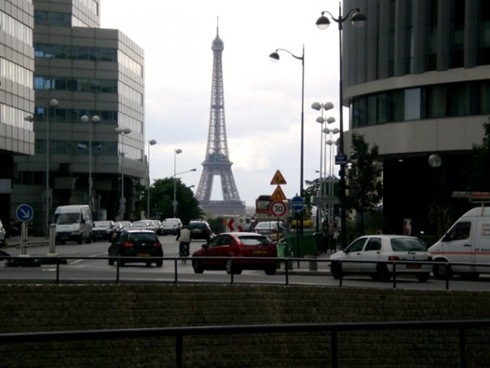 As some of you may know, I finished up my last semester of college in Paris at The Paris American Academy. There, I studied creative writing officially, but mainly studied pastries since I made it my job to visit every single pastry shop on the Left Bank during my stay—I had a ball! When I was in Paris I lived over in the Latin Quarter only a few blocks from the Notre Dam Cathedral…..quite the location, I know. 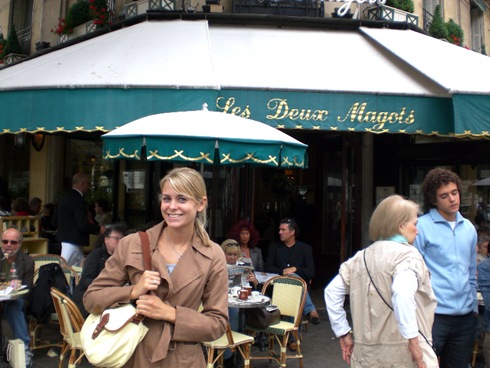 Now I’m going to cut to the chase because I know you all are very interested in what French women really eat. Is it just croissants and tarte tatin washed down by thick, creamy cappuccinos? Well, no, not exactly. But sort of close 😉

I still remember my first morning waking up in Paris. Obviously, my first thought is what do I eat since I always wake up starving. We walked down to a small bakery and just the smells of fresh bread and breakfast pastries were enough to pull me in alone. However, my Americanized mind was still set on must-have-skim-milk-with-high-fiber-cereal-and-half-a-banana for breakfast. Nothing else. Well, I was in for a wake-up call! My choices were limited, it was the pain au chocolate, croissant or almond croissant. I watched as other thin, happy French women walked in and out of the bakery, clutching their still warm croissants to their chests and chatting with their friends. Well if they can do it, so can I! I pushed America far out of my mind I went for the almond croissant. Oh, goodness, this was almost two years ago and I can still tell you exactly how it tasted. Warm, rich and buttery with flecks of crunchy golden almonds and a sweet, sweet crust. Amazing. I washed it down with a cafe au latte And I was full till noon! 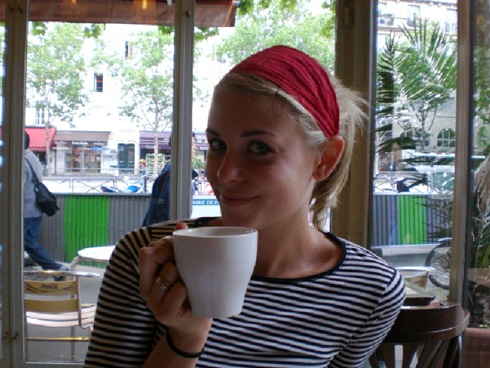 I would be lying to you though if I told you I ate like that EVERY DAY. I certainly did not and I don’t think the average French woman does either. Most days I had the “typical” French breakfast of muesli with yogurt and chopped fruit. I could make it quick and easy in my tiny apartment and it gave me energy all day long. I still love that breakfast!

Now I really did not snack in between breakfast and lunch. I didn’t need to. Either the croissant or the muesli/yogurt/fruit combo kept me full all morning long because it contained more fat than just a piece of toast and a banana. Lunch was usually a very large salad or a sandwich from a street vendor after class. Most French women eat very light during the day and save their heaviest meal for at night, when they can dine in style. The bistros and cafes were full at 1:00 in the afternoon with slender French women noshing on salad with a glass of white wine along side. I could never get into the drinking during the day because it would make me fall asleep, so I usually drank a Perrier or Orangina with my meal. My favorite salad was the combination of greens with goat cheese and country ham, topped with a hunk of baguette and dressed in a simple vinaigrette dressing.

Now, after lunch and throughout the afternoon I WOULD usually need a snack to get me through until dinner because the French do eat much later than we do here in America! Restaurants usually aren’t even open until 8 pm and most people dine around 10:00. That was much different than my usual 6:30 dinner in the states so I did what I saw a lot of French women do in the afternoon—snack on a modest amount of dried fruit and nuts OR stop in a cafe and get a “sweet”. 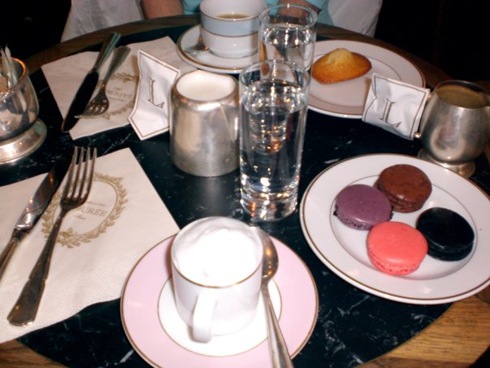 This picture was actually my favorite little afternoon “pick-me-up”. It would be a plate of mini almond macaroons (in a variety of flavors) with an espresso. No, I never counted calories….no, I never even worried about it! And I’m going to tell you that NO ONE over there does! Counting calories is such an Americanized thing where we have been obsessed as a culture in tracking every tiny morsel that enters our lips. Guys, there is just so much more to life! My other favorite “sweet” that I enjoyed one mid-afternoon around 3:00 was a sundae from Berhillion , a very famous Parisian ice cream spot, made with raspberry-rose sorbet and topped with meringue. Sinful. I regret not taking a picture but this was in pre-blog era!

Now dinner was sometimes huge and sometimes not. Many nights I would make a 2 egg omelet in my apartment and enjoy it with a chunk of baguette and a glass of red wine, or I would have a bowl of soup and a salad with greens from the farmer’s market. It was in France that I learned how to make a TRUE omelet using a pat of butter in the skillet. Trust me, a little goes a long way and I still make it that way today. The butter adds an enormous amount of flavor! As for dinners out, they were on the more extravagant side and usually consisted of multiple courses (and glasses of wine!). I enjoyed rich dishes such as pasta but usually stuck to seafood options when at restaurants since fish is my favorite. I always ate one slice of bread and usually had two glasses of wine. Followed by dessert and espresso. Of course! 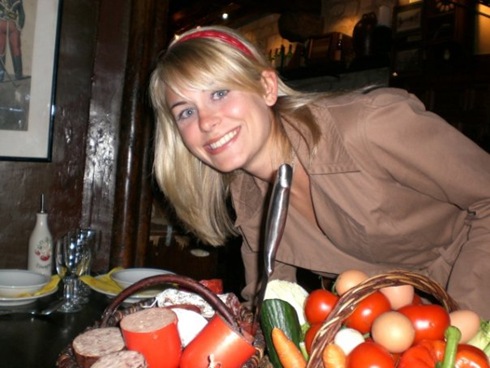 Now you are probably asking the obvious question of did I gain weight during my stay. The answer> is NO. I lost three pounds! How could that possibly be, you ask! Well here are some contributing factors that every French women obviously knows:

So there you have it. I really contribute my weight maintenance to the face that I practiced Bikram yoga 3x a week and walked EVERYWHERE. There were some days when I would do nothing but walk, all afternoon. One day I walked all the way from my apartment to the Louve, which was probably six miles away. I walked, walked, walked. I had to buy new shoes while I was there because I walked so much! And in turn, I would eat. When I went over there I told myself beforehand that even if I gained 10 lbs, I would be fine and could just crank up the workouts when I returned home. I wanted to fully enjoy my time in Paris rather than adhering to a strict eating regimen like so many do when they travel. I wanted to fully live my life and enjoy every second!
Since returning home two years ago, I have reverted back to many Americanized ways and foods. I read labels, I watch what I eat and I exercise daily. However, I do try to implement any part of the French lifestyle into my life when I can. I like to shop at farmer’s markets….to buy quality cheese and wine. I don’t use artificial sweeteners (gag!) and instead always use real sugar in my tea. When baking, I always use butter because I know it produces a quality product. Everything is fine in moderation and a little pat of butter once in a while will surely not make you gain a pound. Living in France helped me shed my rather closed mindset about food and living and opened me up to a whole new world of eating for quality. 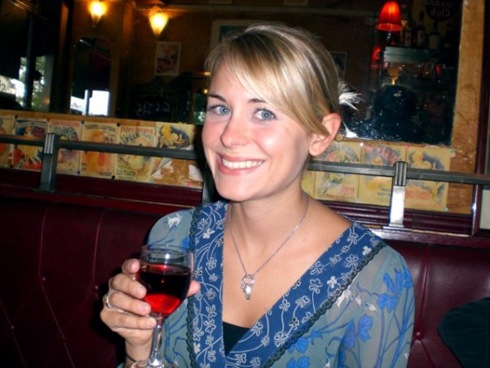 Please stop by and visit my blog for more details—www.EatLiveRun.com . See you there! 🙂