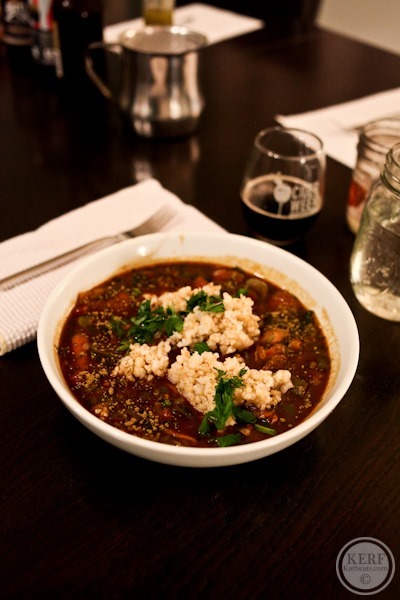 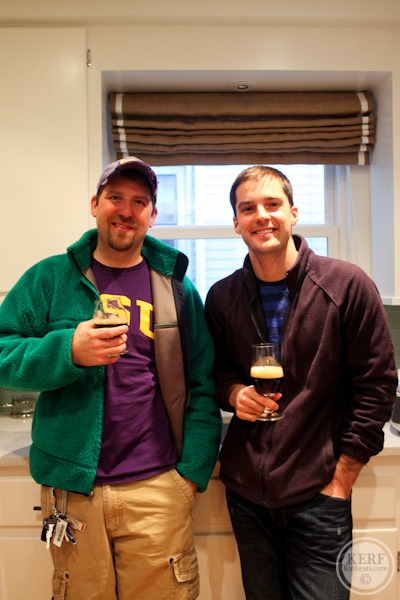 We decided on a chicken + sausage gumbo (and maybe we’ll do a seafood one soon!) Matt and I picked up the chicken and some sausage and made rice, and Jeff brought over the fancy ingredients and the roux. 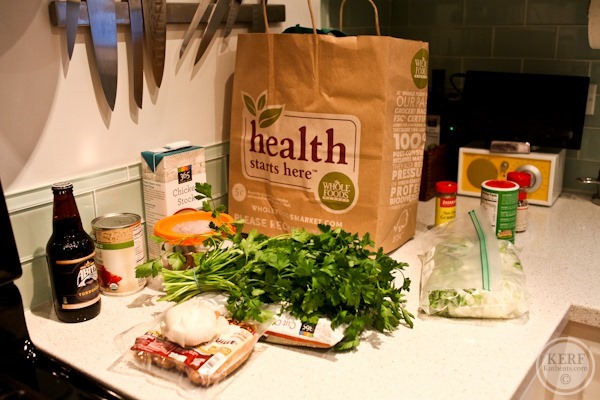 And his signature bag of onions! 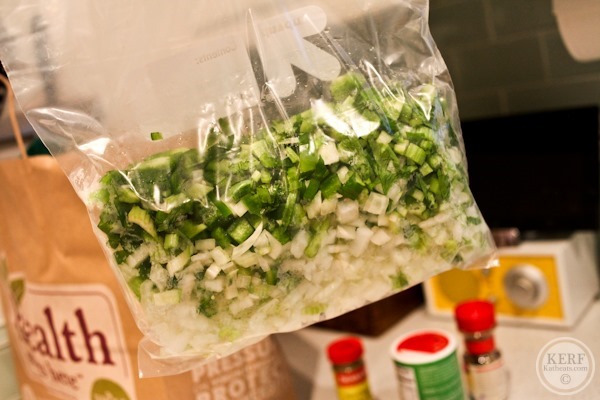 He made the roux at home because we didn’t want to eat dinner at 10pm. Gumbo is not a “easy weeknight dinner” (although the leftovers were!) Rather, it’s historically made on the weekend with all of the leftover meat bits and veggies from the week. Roux making is often described in terms of beer consumption instead of time. Jeff said his took about 2 beers to finish

this !
It was nice and toasty brown. Once the roux is made, the recipe is really quite simple. 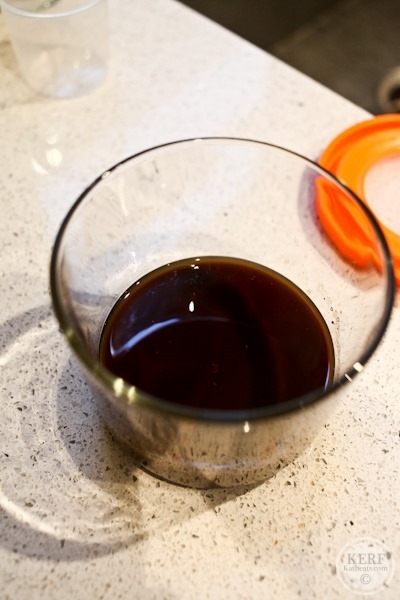 Two other key ingredients Jeff brought were Abita’s Turbodog and Gumbo Filé (pronounced “fee-lay”). The filé is ground sassafras and was used both in the dish and as a garnish on top. It smelled like Earl Gray tea! 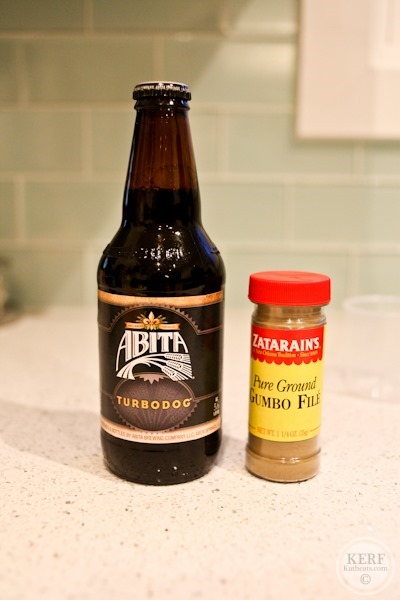 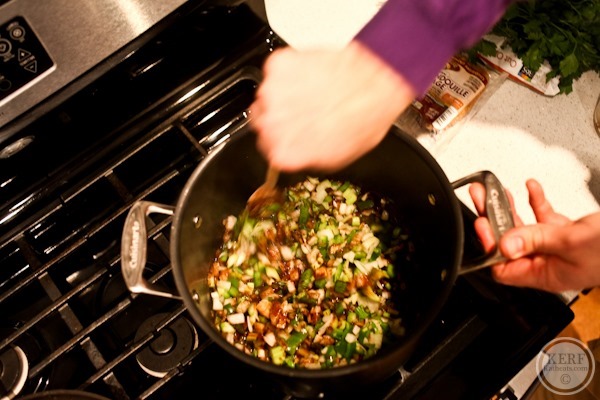 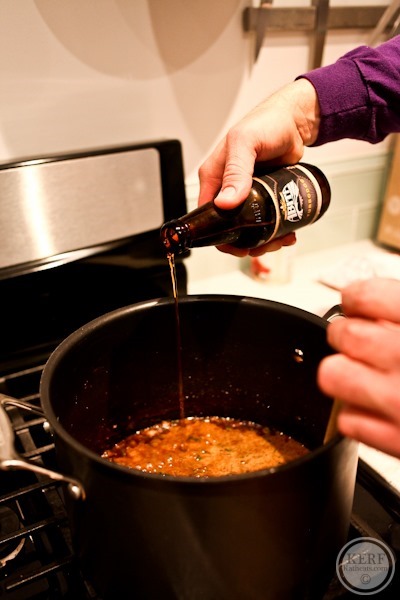 We were pretty hungry after two hours of simmering, and as much as Jeff wanted to keep letting this bad boy bubble away, we decided it was time to eat. 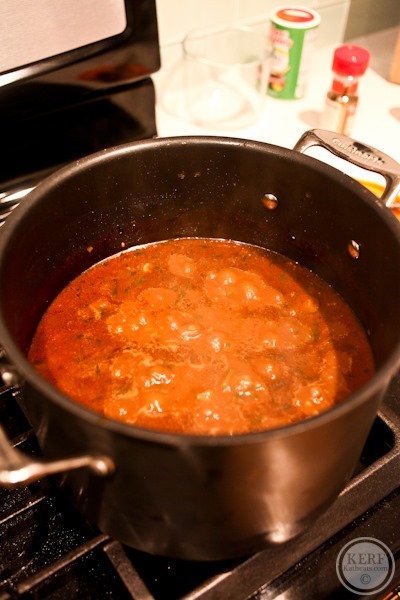 I had made a big cooker of rice on the side, which I learned is best served as a garnish on top rather than the base of the gumbo. 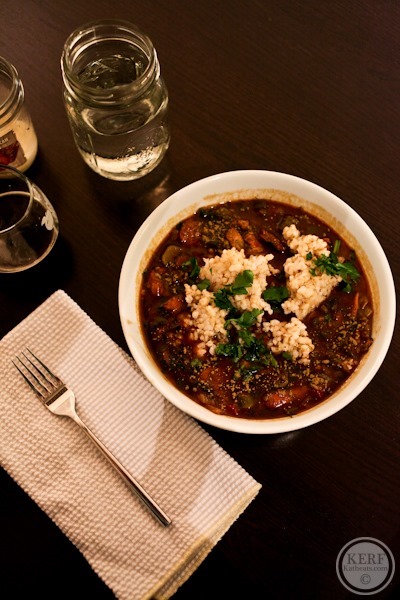 We filled our bowls with gumbo, added some scoops of rice, sprinkled on the filé and then garnished with some of Jeff’s super spicy homemade hot sauce 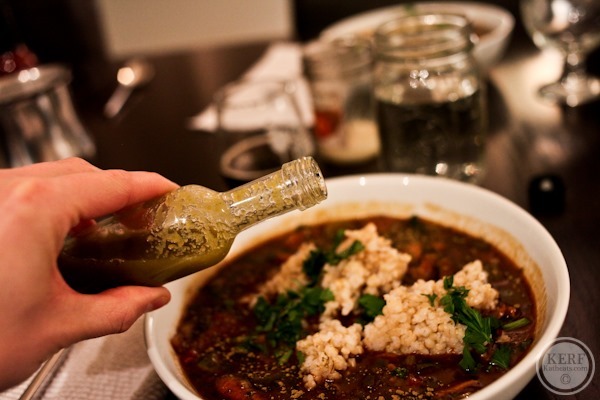 And of course enjoyed it with a few kinds of beer! 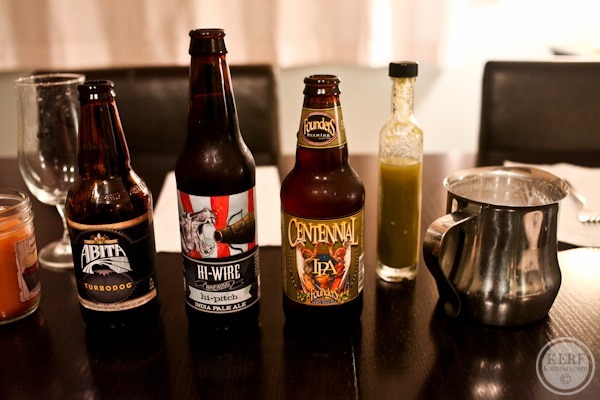 The gumbo was fantastic. I’d consider it a “fancier” recipe than the jambalaya we had last time, but I honestly can’t tell you which one I liked best. I’m leaning towards the jambalaya, actually, only because the gumbo was super rich! But boy was it good. 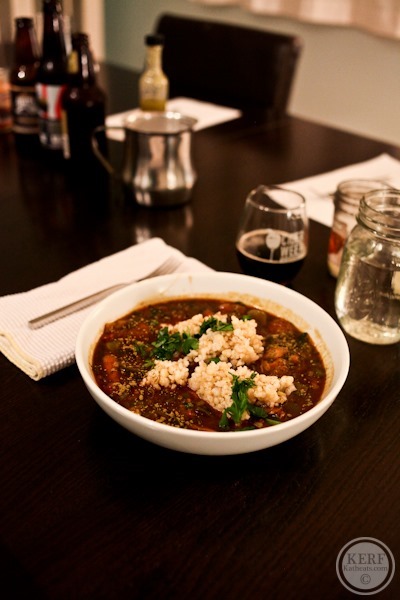 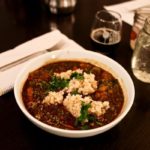 Our friend Jeff spent a decade learning to cook in New Orleans. This is his gumbo recipe!
Servings 1 Huge pot
Author Kath Younger 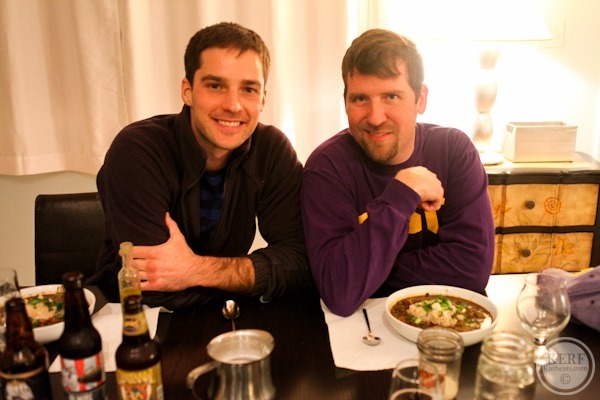 Thanks for another great dinner Jeff!