You are here: Home / Lifestyle / Jars Are The New Placemat 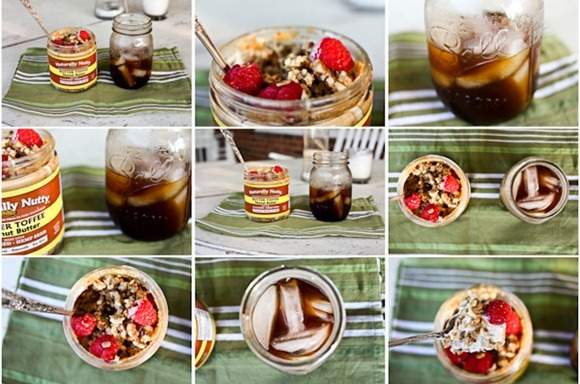 So useful yet also so fun. 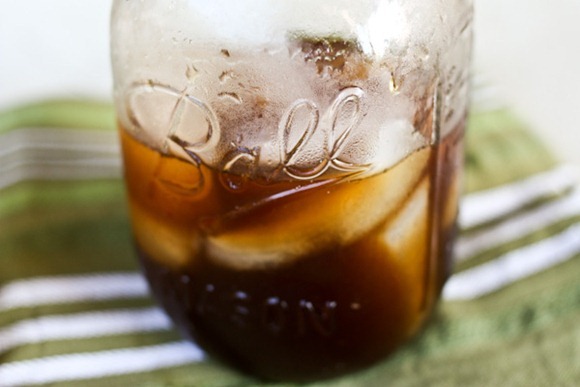 Today I pulled my cold brewed coffee out of the fridge. I strained it once (the directions said twice, but I like it thick and french-pressy!), spilled it, watered it 50% and tasted. 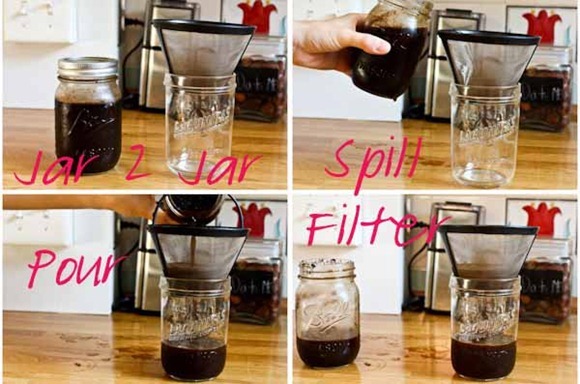 GOOD! I don’t think it was QUITE as good as formerly brewed – I may have diluted it a little too much even though I did less than the instructions said. The brew is a concentrate you’re supposed to dilute by half. 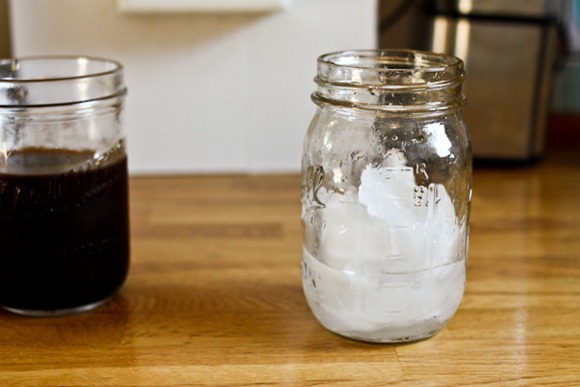 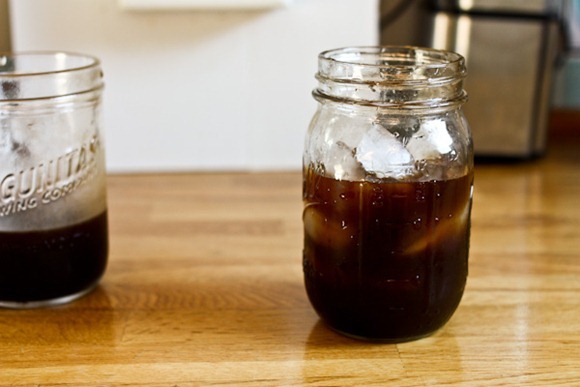 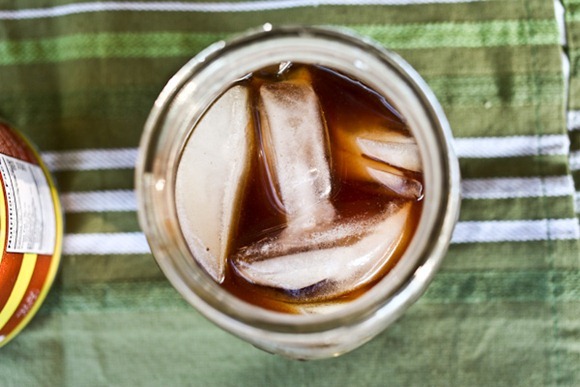 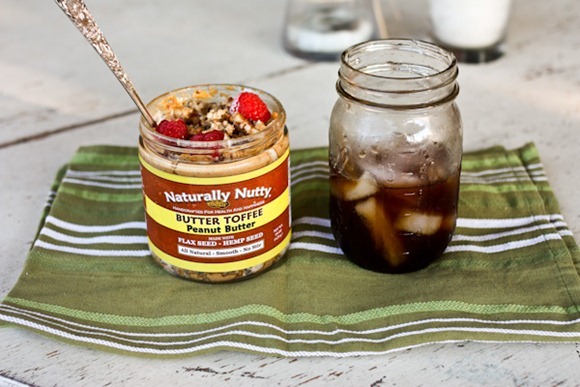 Paired with OIAJ made in a Great Harvest sample jar! I don’t think I had more than a taste of the actual nut butter, but eating overnight oats in a jar is my favorite technique. Something about the cylinder shape of the food! 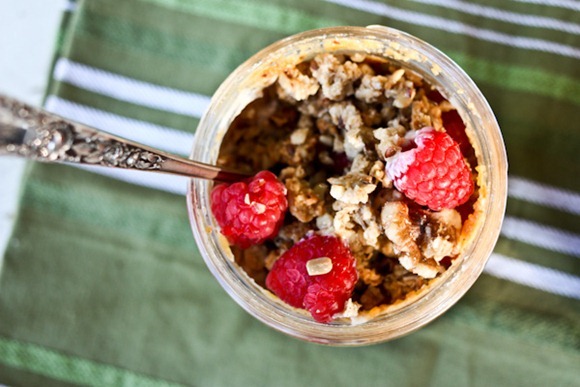 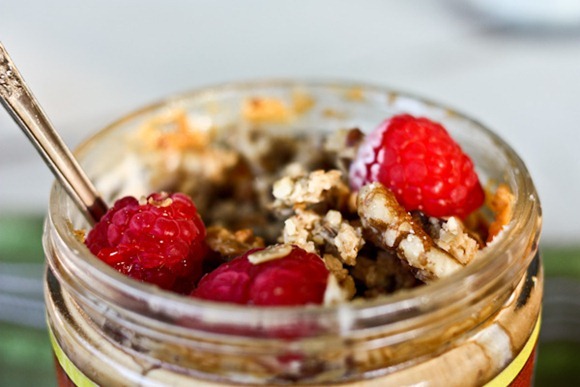 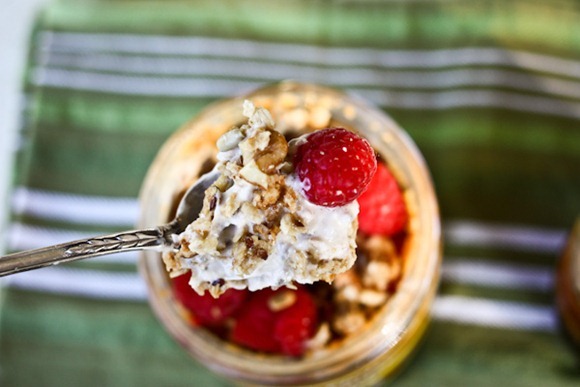 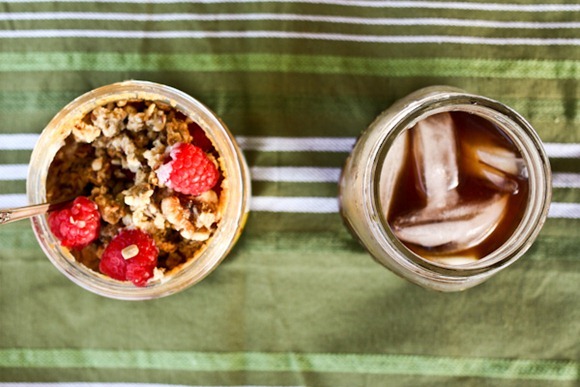 Matt got called into work at 4AM for some production confusion and left me a message that he needs me sooner rather than later, so I postponed my run until tomorrow and am headed in now. The ups and downs of owning your own business!