You are here: Home / Lifestyle / I’ve Got Bread In Low Places

I was right – snackage was needed! Kefir and Lynda’s Granola together with jam – AMAZING texture!! I had a second mini bowl because it was so darn good! 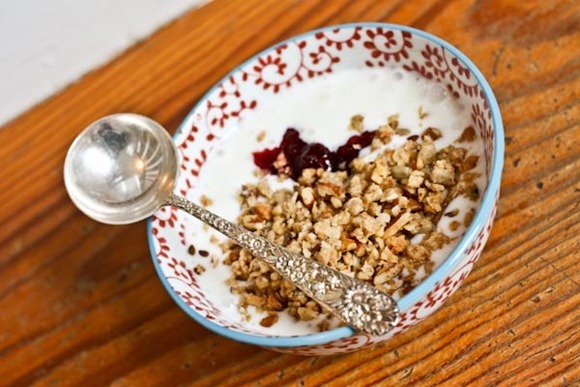 I also organized my blogging linens. My, I have a collection going now! I just got those boxes at IKEA and they were perfect for the job. 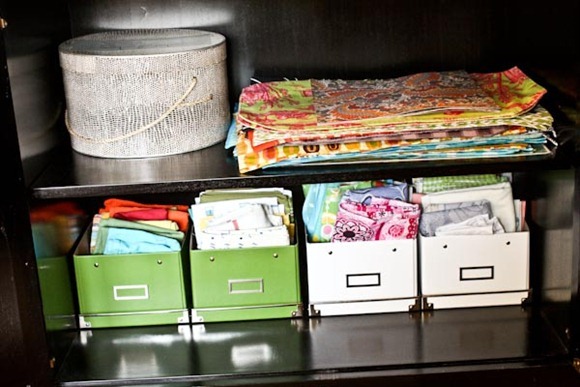 Matt and I met at the bakery at 5 for a meeting. We had big plans tonight – we were going to see the documentary Lunchline at Cville High. The event has been on my calendar for weeks. But when our meeting was over at 6:15 and we hadn’t had any dinner yet, AND because we have to get up at 5:30 tomorrow…we decided to head home.

And pack the car… 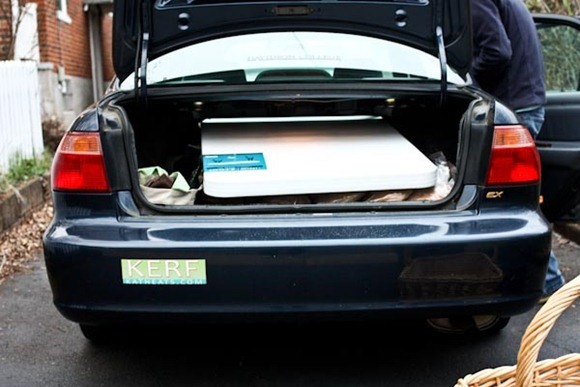 Talk about a human jigsaw puzzle… 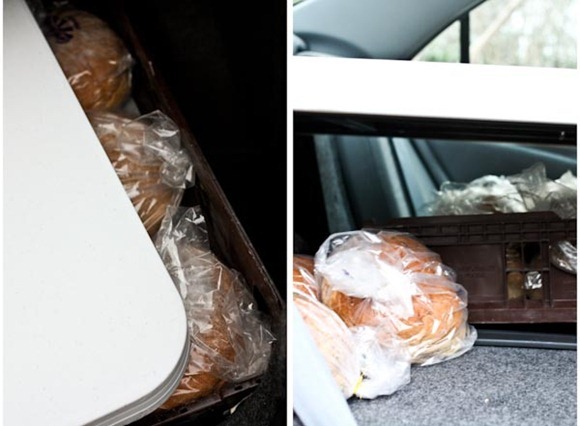 We had hoped to fit both of these nice carrying receptacles into the car, but with that big table in there and no vertical clearance, we had to ditch them and empty the contents into reusable bags tucked into low places. 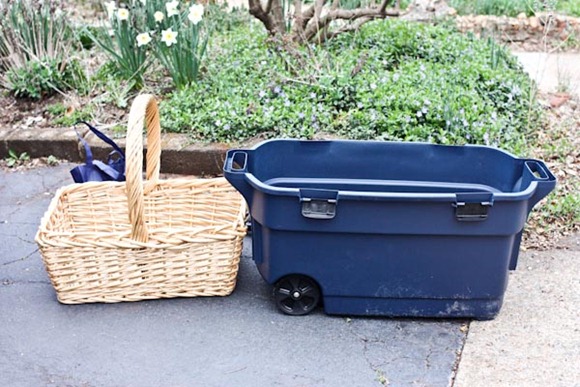 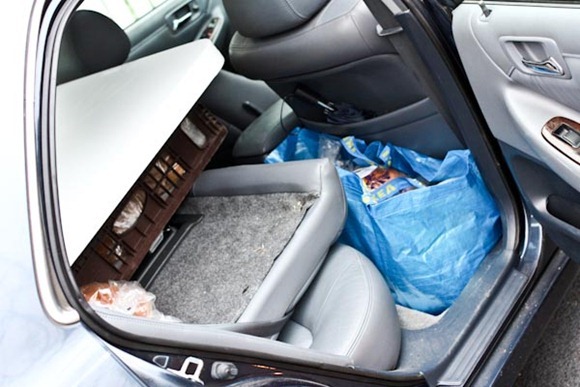 We then decided to walk to the nearby pizza place for dinner. We were tired and didn’t feel like cooking.

But then I reminded myself we are over our Entertainment budget for March (already!). And that we had ingredients in the fridge that had to be able to turn into something.

Our internal deal was that we would stay home IF we could eat restaurant style! 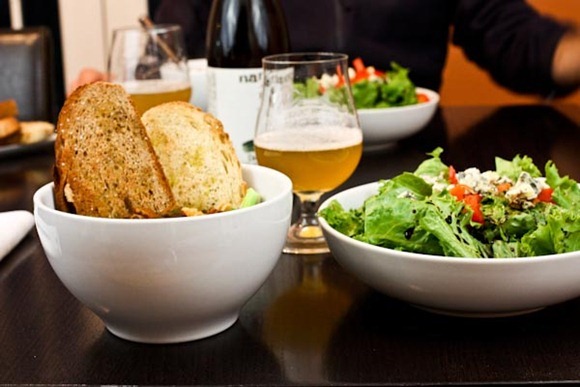 Which meant a drink, a bread basket and a salad course.

We opened this Dogfish Namsaste ale that friends brought us a few weeks ago. It was delicious, but could have been sweeter for my palate. 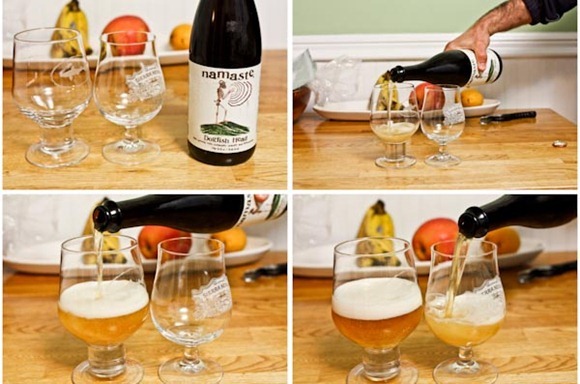 And we got to work on a 15 minute dinner 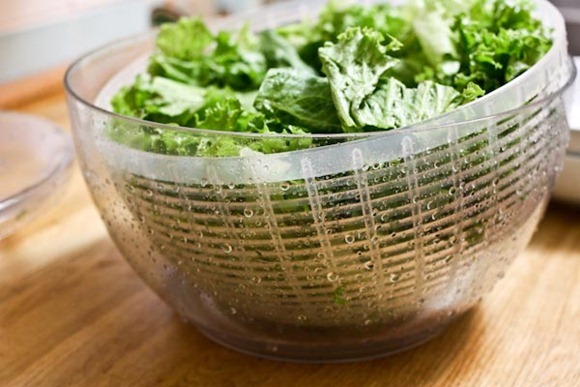 And a nutritious one! Probably involving too many veggies 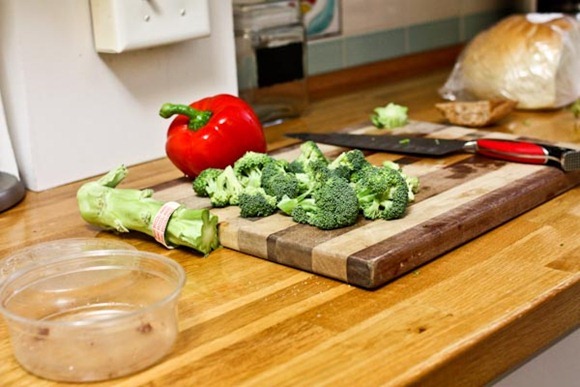 We made spaghetti with salads on the side! 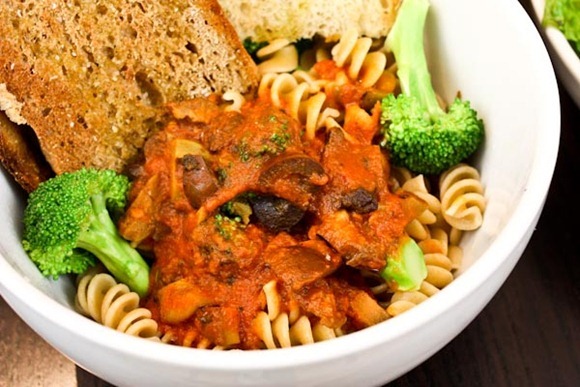 The spaghetti was made with rotini, Nello’s Sauce, chopped olives and broccoli. 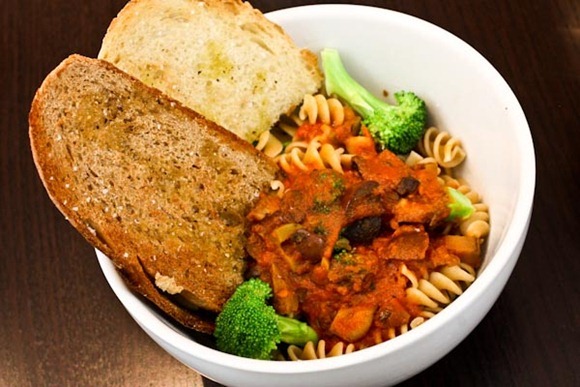 On the side – a taste of GH spelt bread and GH farmhouse white (both breads we needed to sample!) 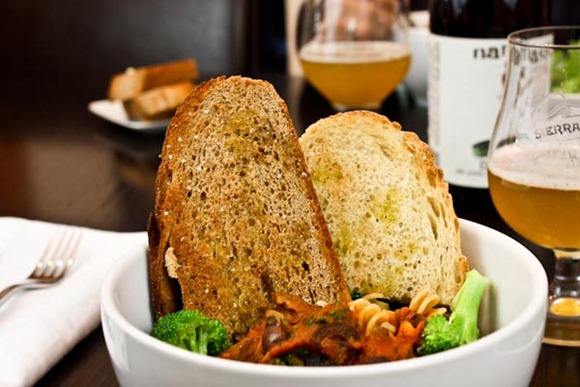 But the salads were the best part 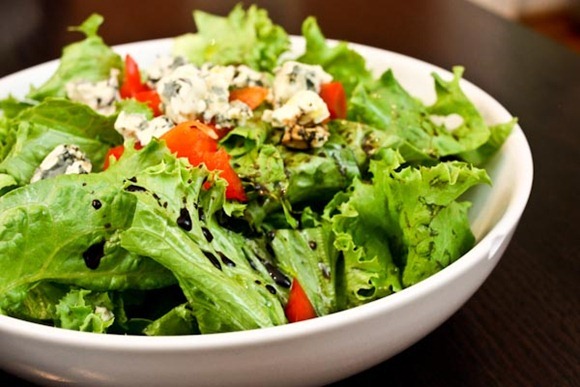 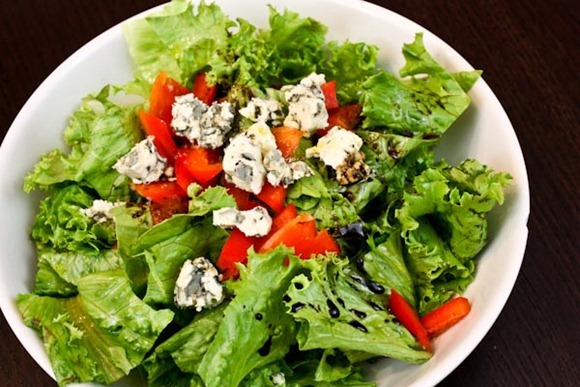 Does this look like a restaurant portion? It was!! I ended up skipping my pasta! I decided I wasn’t even that hungry (thanks to double snackage!) and tucked my portion away for a lunch. 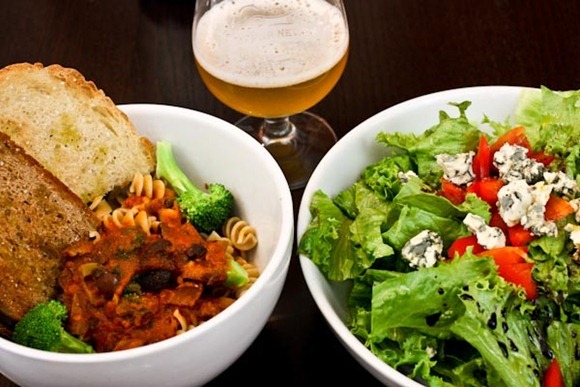 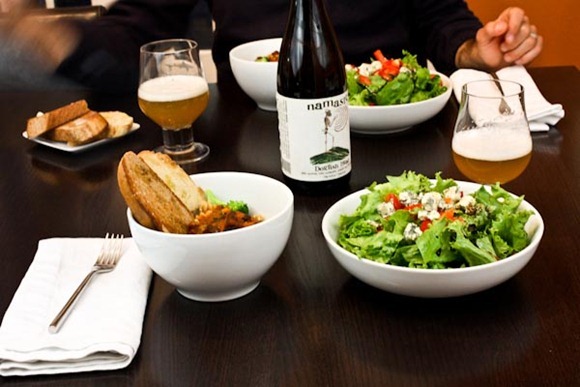 Think we’re going to make a mug of Pero to enjoy while watching The Office and then hit the hay!

We’re getting up at 5:30 and hauling ourselves + 60 loaves of bread over to the UVA grounds to slice some bread for 10 Miler runners! It’s one of Cville’s most famous races, so I hope we have lots of hungry runners to serve!