If you haven’t read this morning’s post yet, go there first!

Thank you guys so much for all of your sweet comments. This is such an exciting time! Here are a few questions that I thought you might want to know to the answer to…with a surprise at the end!

How far along are you?

Nearly 11 weeks! I’m due at the very end of August. I’ve worried over when to break the news to the blog world for weeks. I knew from the beginning if the worst happened I would eventually share it with you all, so I’m comfortable sharing now even if things change tomorrow. I realize it’s still early, and really there is never a “safe” time to tell in the whole 9 months, so I told myself I’d spill the beans when I couldn’t keep the secret any longer. And I couldn’t keep the secret in a day more! We are hoping for the best.

Wait, what about all those Jamaican cocktails!? Saturday’s wine tasting? Friday’s beer?

The Jamaican cocktails were all virgin!!!! The staff there was great about making me fun virgin drinks. My favorite was a Lemon Drop Martini: lemon juice, simple syrup, a squeeze of lime and a sugar rim. 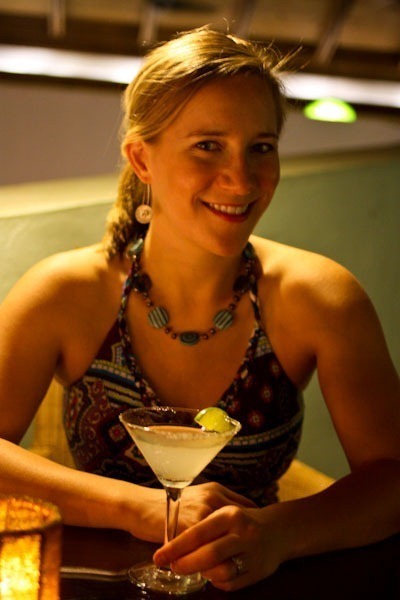 I have photographed some beers and wines like they were my own because KERF without craft beer just wouldn’t seem right. Friday’s beer was actually a bottle of ROOT BEER! 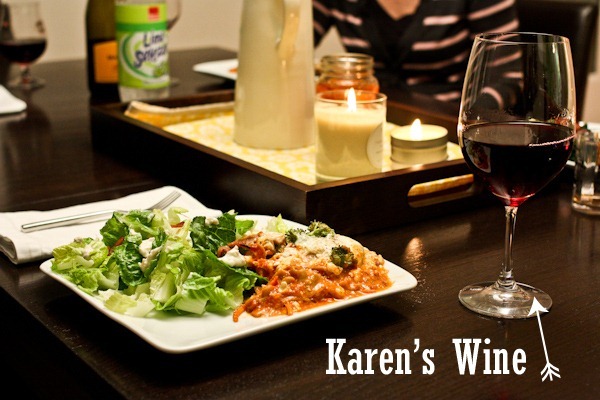 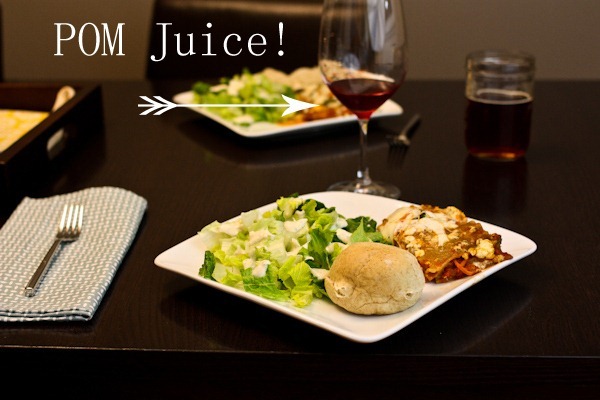 I really did take a tiny sip of this beer – so the photo would be truthful! 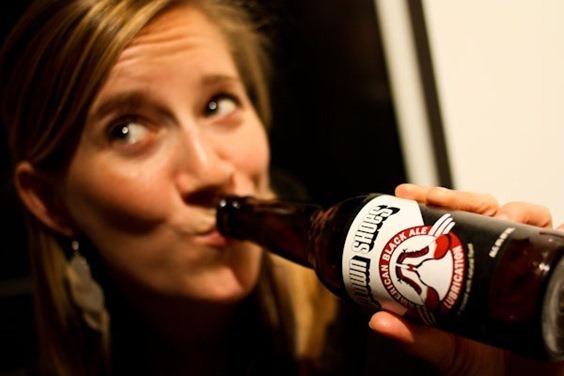 And at the chocolate wine tasting on Saturday, I stuck my tongue in each glass, but unfortunately didn’t really get to taste.

Have you really been eating what you’ve shown on KERF?

For the most part, yes. There haven’t been any fake meals shown. Even on my sickest days, I did my best to eat what I photographed. I have occasionally reduced the amount of vegetables that actually made it into my mouth (like took one bite of a salad and decided it was not palatable), and there have also been extra snacks. For a while I was nibbling on graham crackers and saltines between meals to help with the nausea. And those salt and vinegar chips I had with lunch one day? The serving size was actually much bigger 🙂 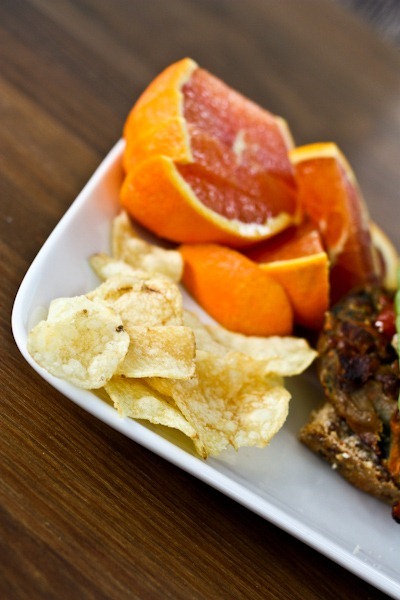 I’ve downed a few ginger ales too. It’s quite amazing how different my palate is, and I’ve been focusing on eating as much normal real food as I can and letting the cravings slide in on the side. Things have been improving the past 2 weeks – the salads you’ve seen I have actually gotten down! 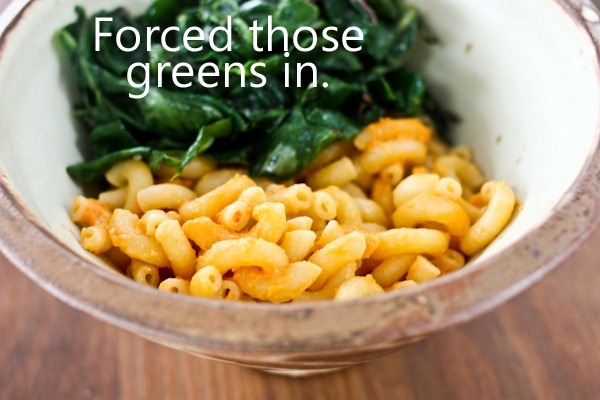 I’ve also been drinking a small glass of OJ nearly every morning right when I get up. I wake up SO thirsty and OJ tastes like the most wonderful beverage in the world at 7am. Perhaps my body is demanding the folate!?

Oh, and one day I had another bagel with cream cheese but knowing it would be so obvious, I fudged a bakery sandwich instead. I apologize for the fib!! I haven’t had regular bagels in YEARS and knew they would be a dead giveaway.

I have felt like my food has been SO WEIRD that it’s been obvious, but hardly anyone has mentioned it. I suppose you were all being polite – and I thank you for that! I see now from the comments than many of you had guessed 🙂

Has your exercise been normal?

Yes – no fibbing there. Doctor says everything but skiing, horseback riding and hot yoga are fine. I’ve been lucky not to have too much fatigue – just a few days when I felt really lethargic in week 8. But maybe that’s a catch 22 because I’ve been pretty active! I took a few days off of Body Pump, but I am back and using lighter weights for squats. I’m running much less, but winter has been a good excuse for that. But if I said I ran 4 miles, I really did run 4 [very slow] miles. Walking has been my favorite activity though! 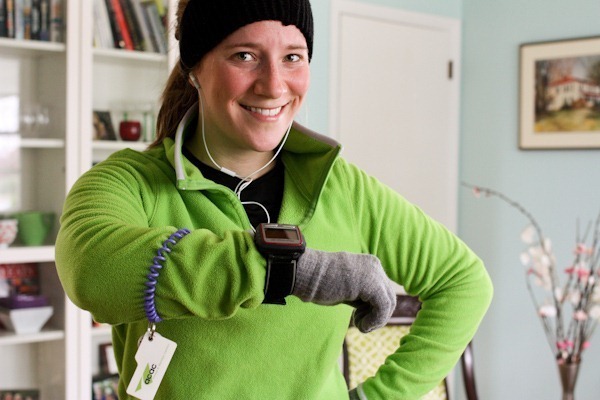 Have you had any morning sickness?

Oh boy yes. I was actually really, really sick for a few days. So nauseous I could barely stand up, much less think about food. 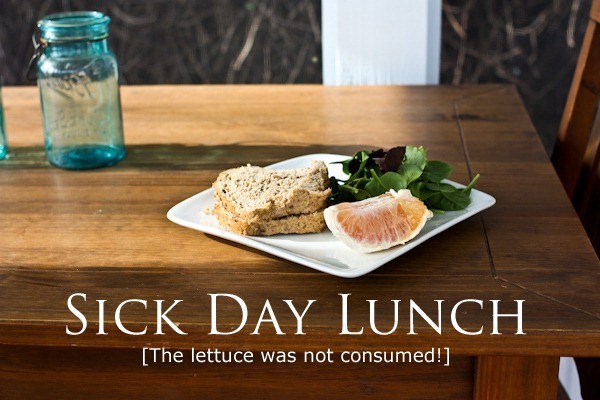 I finally called my doctor and asked if there was anything he could do to help (I had tried ginger, crackers, dry heaving – nothing worked). I started taking vitamin B6 and Unisom, a sleep aid that helps with nausea. Lifesavers! I’ve been taking 25 mg of B6 3x a day and half a Unisom 3x a day and the nausea was reduced by 80-90%. I don’t like the idea of taking drugs, but my doctor assured me that the combination had been tested on 1.7 million mothers and babies with no adverse effects.

While I haven’t been horribly sick since I started the medicines, I have had a million food aversions! Not surprisingly, vegetables are no longer a staple of my diet, but they have made appearances in meals and I’m sure they will make a return. In fact, salads are starting to become more appealing. But oddly – the only salads I could eat for a while were Caesar salads! I am craving all kinds of foods from my childhood (like the mac n cheese, bagels and rice krispie treats) and having weird childhood flashbacks all the time! I took a short break from oatmeal for cereal, but it made a comeback and I can eat it again.

Worst nightmares: My old favorite vegetables (like broccoli, Brussels sprouts, greens), pumpkin (!!), beans (although they are making a comeback) and lentils of any kind – the horror of lentils right now!

Have you seen a heartbeat?

We have! But only by chance. My doctor’s office doesn’t normally do ultrasounds until 13 weeks. But at 7.5 weeks I woke up to a really scary painful cramp in my lower abdomen. I really thought I was losing the baby. I was vomiting and shaking and nearly fainted on the bathroom floor. Karen rushed over to take me to the ER. But the cramping subsided about 20 minutes later, and so I called my doctor. He ordered an ultrasound that afternoon and everything looked fine. The heart was beating at a cute 166 bpm! My doctor suspected that the pain was caused by my uterus growing and stretching. I haven’t had any trouble since. I’m SO glad I got to see the baby and heartbeat then because waiting until 13 weeks would have been the longest wait of my life. 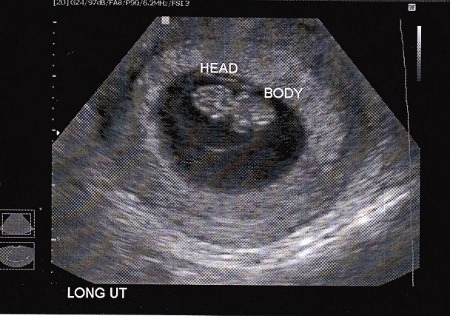 Are you showing yet?

Not technically, but my stomach is definitely rounding and my jeans no longer fit well. My whole abdomen is just thick. I bought a BeBand to help me out! Doctor says my abs and ligaments are relaxing, which is why it’s so comfortable to push my stomach out. 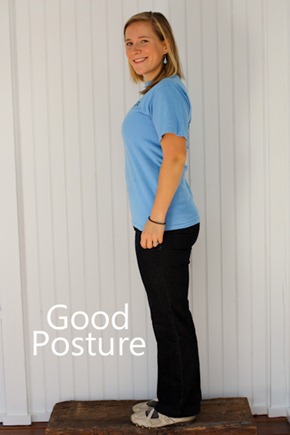 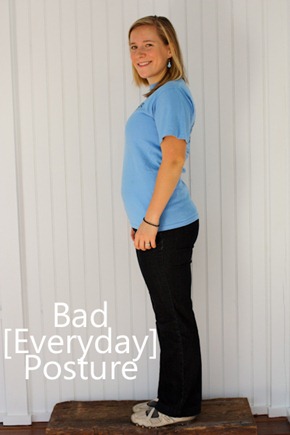 I actually bought a pair of maternity jeans with a low, elastic waistband and wore them for the first time yesterday. SO COMFORTABLE! (Especially when eating too much pimento cheese 🙂 )

We are both so excited! I’ve been a bit reserved because anything can happen in the first trimester – or any time during a pregnancy (sadly my mom had a miscarriage at 21 weeks). But as the weeks tick by, I get more and more excited.

Caitlin was the first person to know – when I suspected a test was positive I emailed her immediately. We’ve been chatting daily since. I called my grandmother second – it was her birthday and I couldn’t hold it in (I did warn her how early it was though).

I actually told Matt over dinner the night I found out, and beer was involved. Are you surprised!? Like Caitlin, I caught it on hidden camera, but I’m not planning to share the video. The stills are pretty funny though! 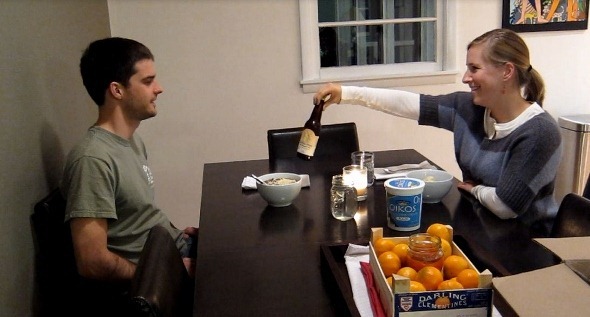 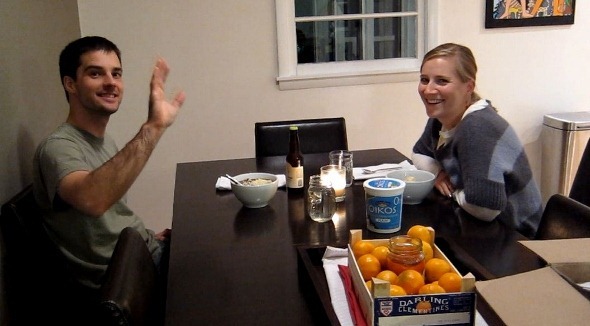 We told our families over Skype and the telephone over Christmas! 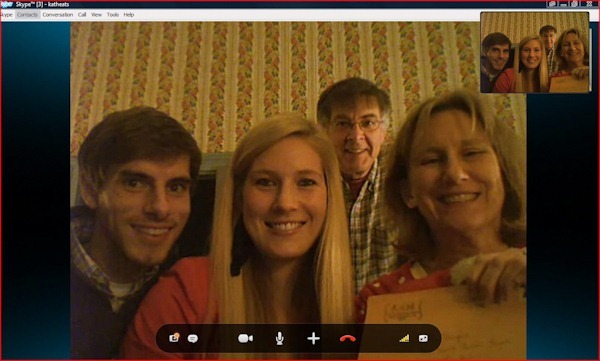 Are you going to do pregnancy updates on KERF?

I am starting a new blog! I’d like to keep the food on KERF and the baby talk separate, and a new blog sounded like fun. I am waiting a few more weeks for the debut, but I promise it will have all the details from Day One. I have tons of posts already written over the past few months, and I’ll share them all when the time is right. I have no idea what’s in KERF’s future, but I intend to keep it a food diary and lifestyle journal for ever and ever – even if the style and food content changes as our family does.