You are here: Home / Lifestyle / Ice In Africa

WOO HOO!! All schools are canceled tomorrow!! There is still major ICE

this !
on the roads. Not safe for big school busses of kids!

Matt and I ventured out ourselves this afternoon. It was a beautiful sunny [ice cold] day! By afternoon our street was patchy and most of the main roads were just wet – no ice. Some roads we encountered were even dry! We frolicked – ran would not be an accurate description – through about 5 miles winding through our neighborhood and two next door. I was S L O W because I had smoothie in my stomach! I hate running after lunch. But I survived. And I think my lips are sunburned!

Once home I broke into 20 minutes of Yoga For Runners. 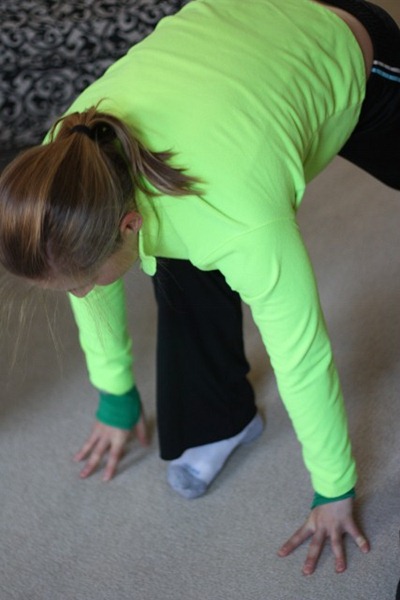 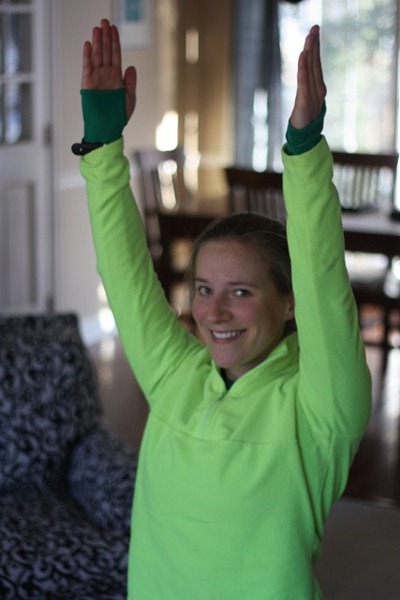 I had dinner cooking since 9AM! 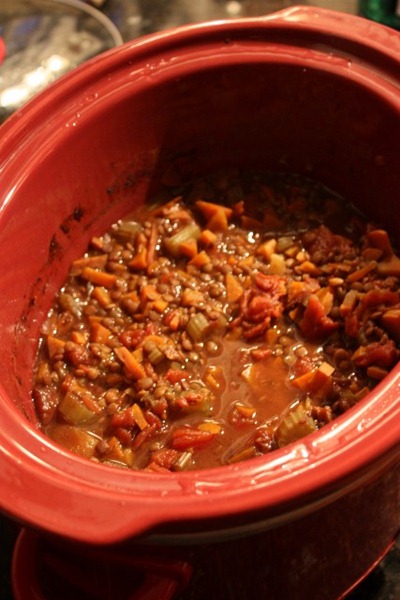 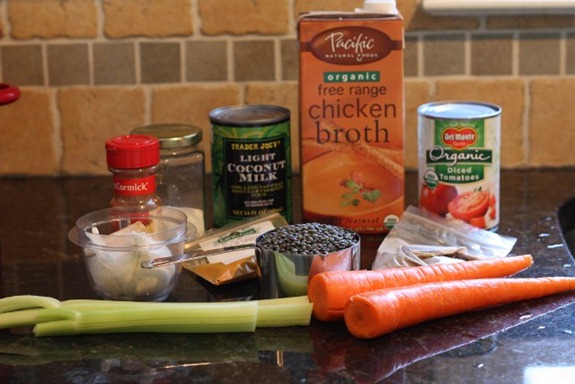 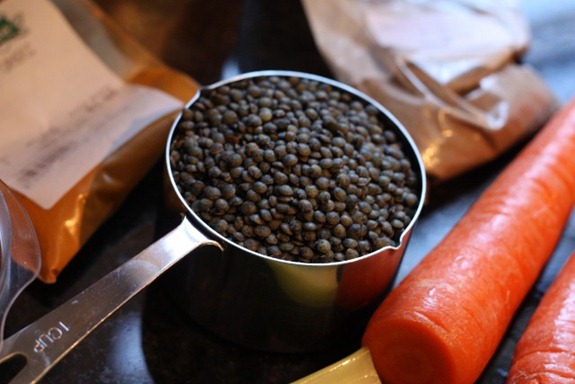 Chop the veg and crush the garlic. 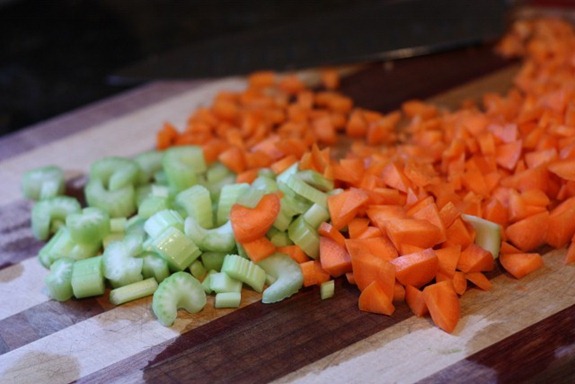 And put everything in the pot BUT the coconut milk. Crank to low for 6-7 hours until lentils are tender, then change to just warm. 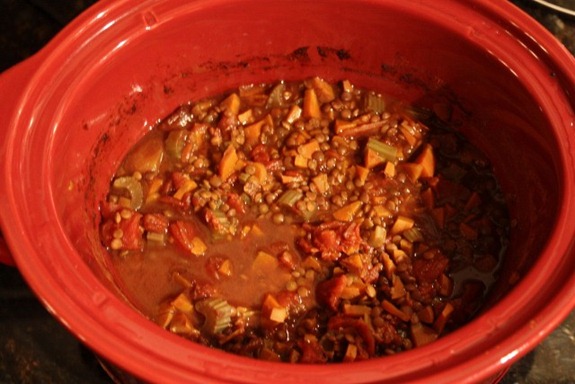 When you’re 20 minutes from dinnertime, add the coconut milk (I had it curdle on me once so I don’t add it at the beginning). Stir: 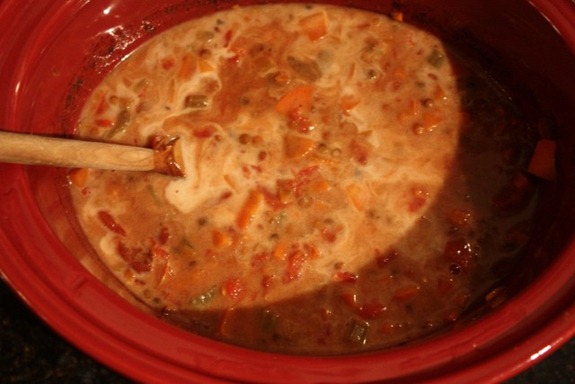 Since I am clearly obsessed with my Vita-mix, blend for a creamy soup! 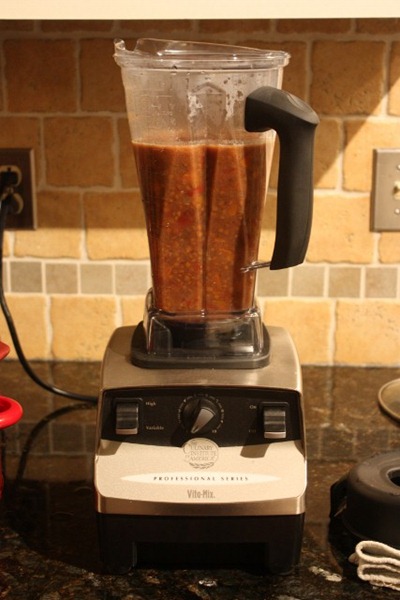 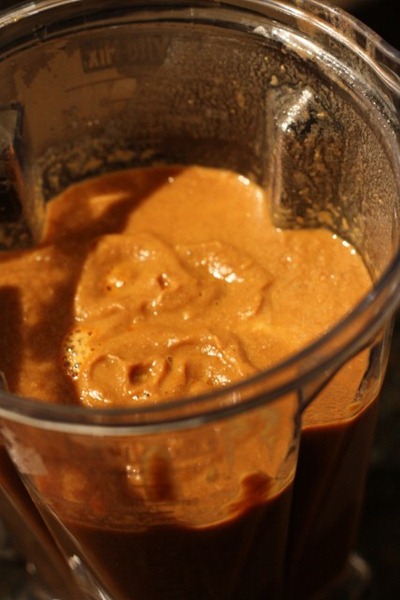 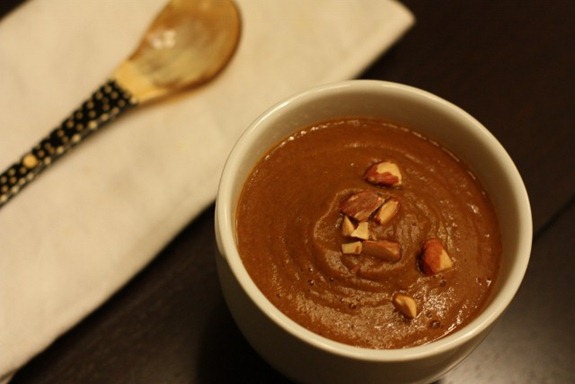 To be all Middle Earthen (isn’t the addition of dried fruit and nuts a characteristic of African cuisine?) I rehydrated some raisins and chopped more almonds to add to a rice side dish 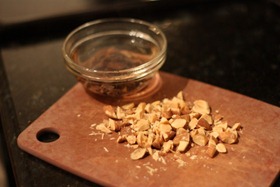 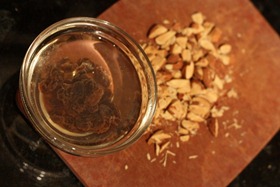 Back in college, my roommate taught me to stir plain yogurt into rice. Loved it at the time but I haven’t remembered to make it in ages!

I reheated about half a cup of leftover brown rice and added about 1/3 a cup of Oikos plus the raisins, almonds and cinnamon. Fantastico side dish! 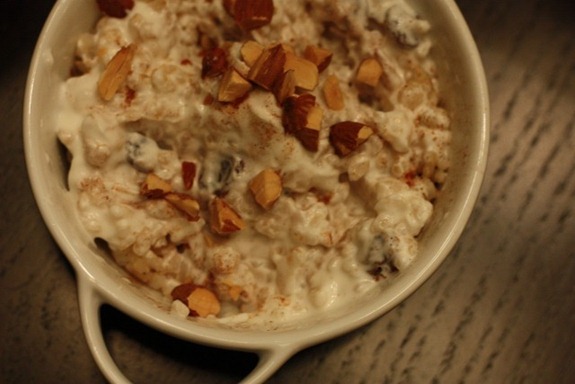 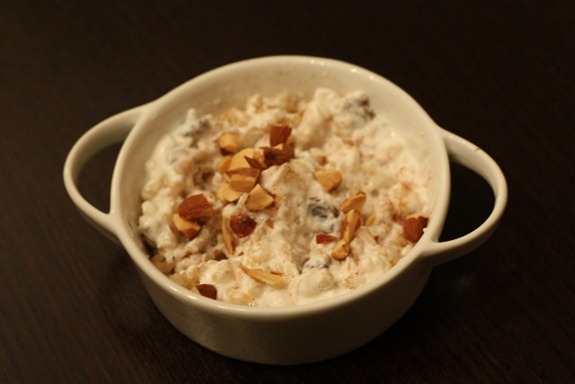 Matt and I agreed that the soup was kind of like a Mexican mole sauce. The lentils and tomatoes and cinnamon really gave it an almost chocolately flavor! We liked the thick, blended texture and also thought it would make a fantastic SAUCE for something. We have lots of leftovers, so we’ll see where that goes… 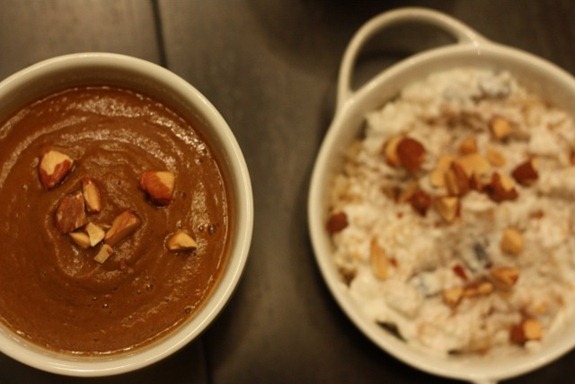 Condiments for the soup. 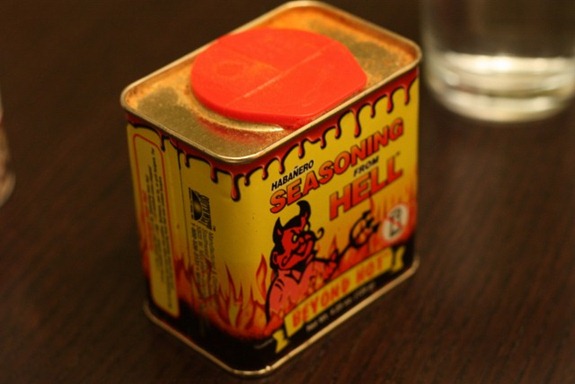 That would be my sugar bowl as a soup bowl tonight 🙂 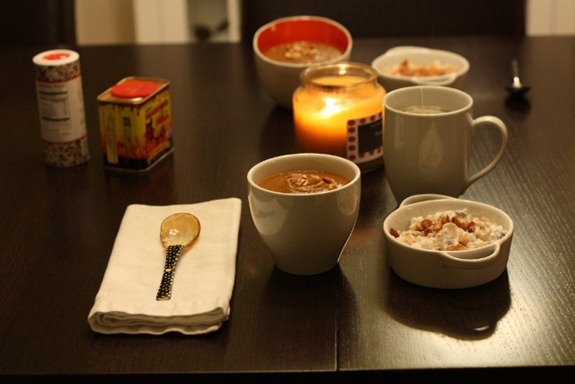 Although I get to sleep late tomorrow and save myself 2 hours of driving, I do have a lot of work I can do in preparation for the week that we WILL be in school. So tomorrow is a serious day. Not a total play day.

Have a great night!