You are here: Home / Weekend / How Grand

We had some visitors this weekend who made things extra fun around here! My parents tried to visit us not once but twice this winter and both times they had to cancel the trip because of winter colds. With a little baby at home, we just didn’t want to risk him getting sick. Especially since snuggling him was one of the main reasons they were coming!

But this time they made it. Birch was excited to see his Grammie! 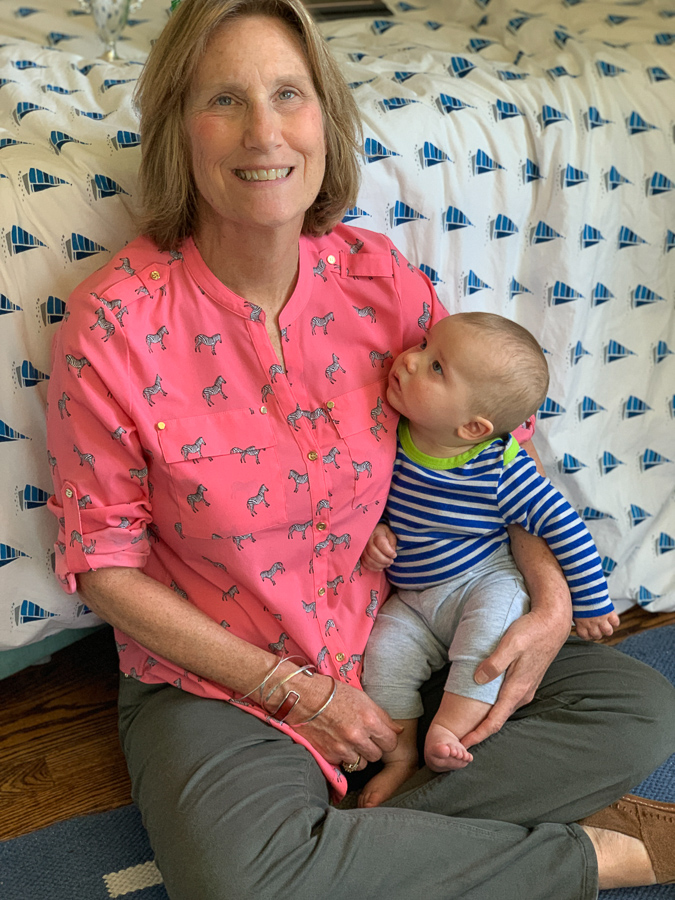 On Friday Thomas and I had an early quiche dinner and then headed to ACAC for a rooftop party. 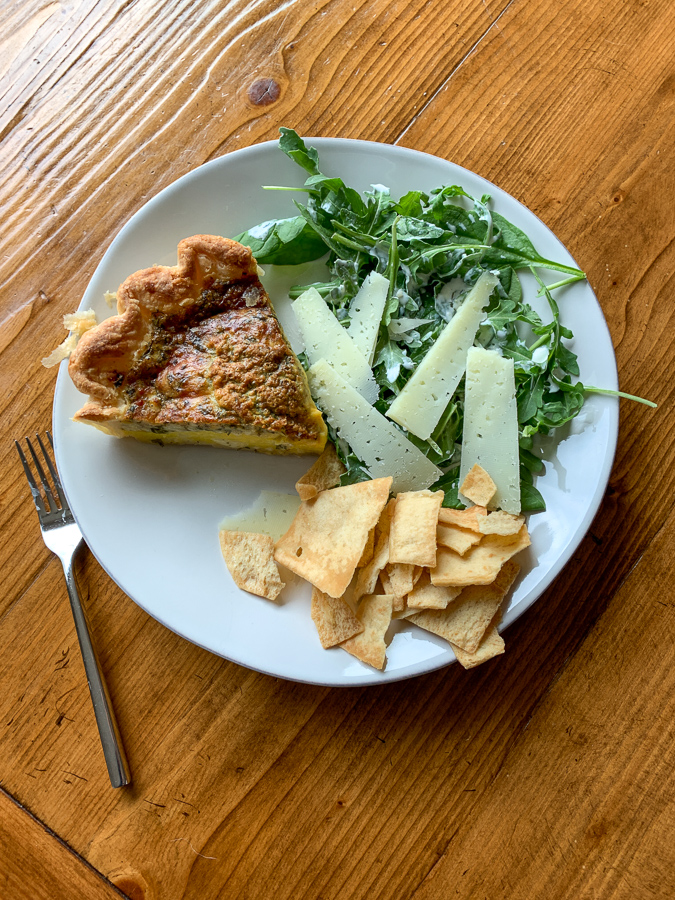 It was Chris’s annual birthday bash! Unfortunately the wind was strong and temps quite cold up there, but we still had a good time.

The man, the myth, the legend. 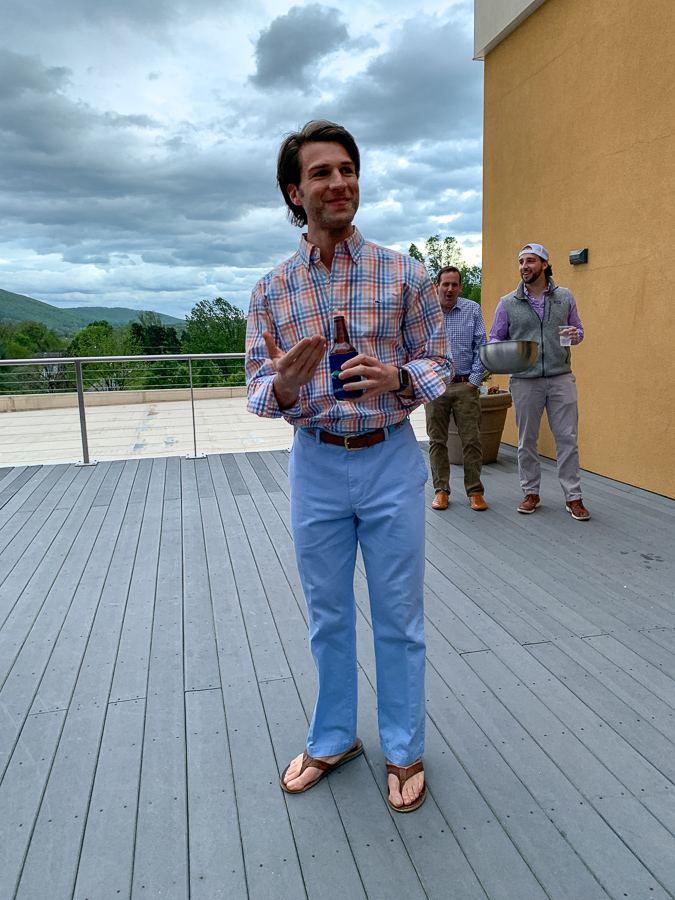 I brought a cake from Foods Of All Nations!! The 26 is because my birthday is his half birthday and vice versa so we share a love for the number 26. I think some people were confused by his age, but he got the joke. I didn’t even think about age when I requested it! 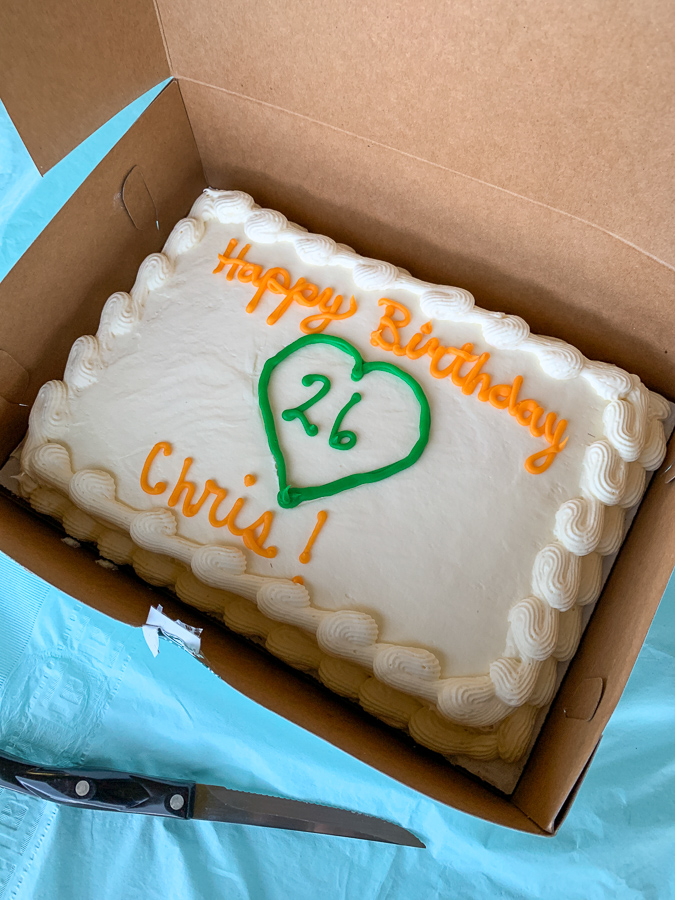 Saturday morning was gorgeous!! Thomas was up bright and early cutting our grass. 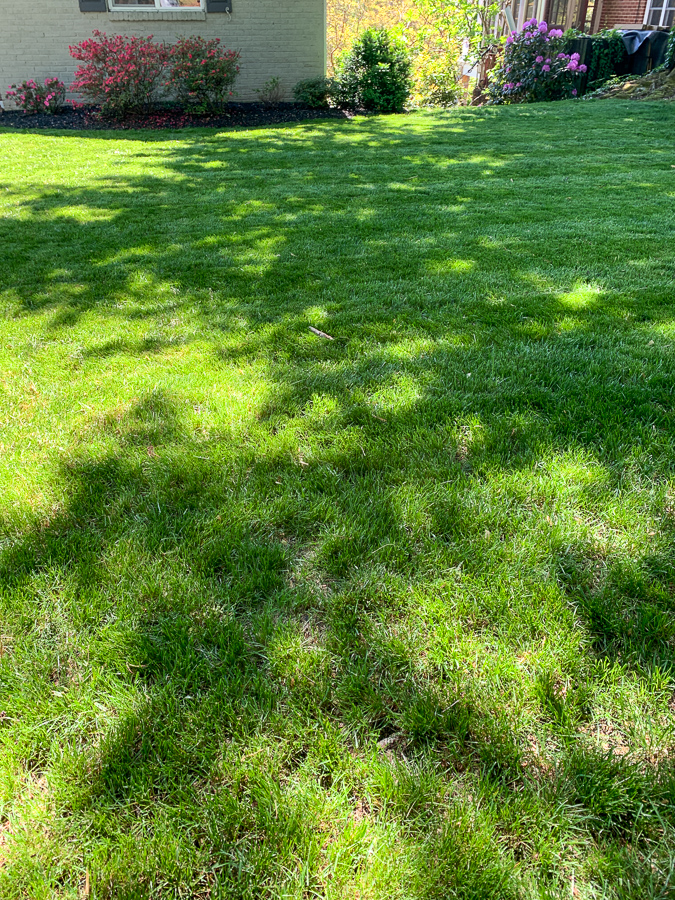 We had a big breakfast of eggs, muffins, and grapes. 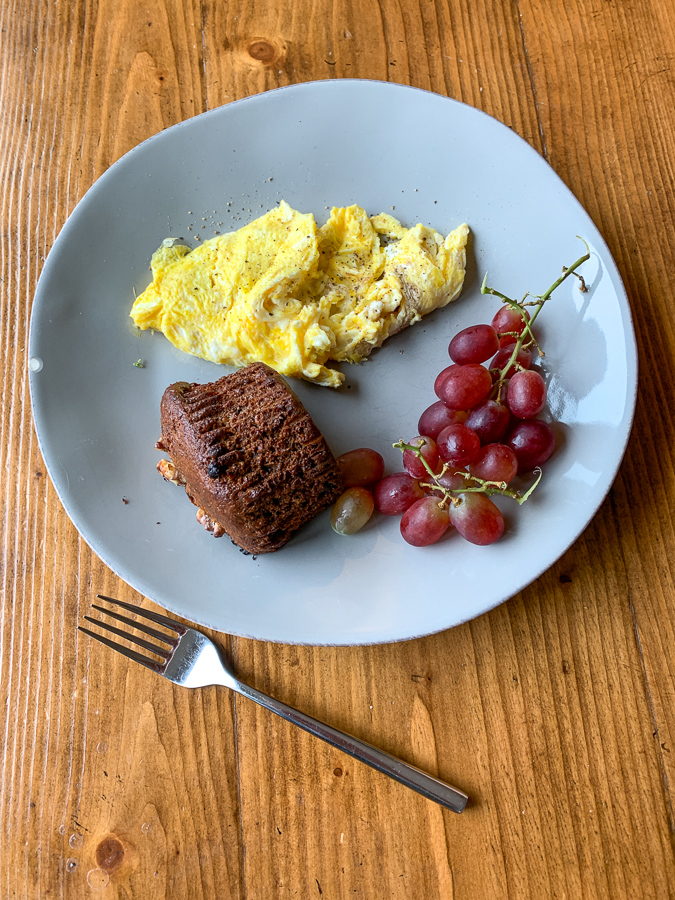 I went for a run on the greenway during B’s nap. 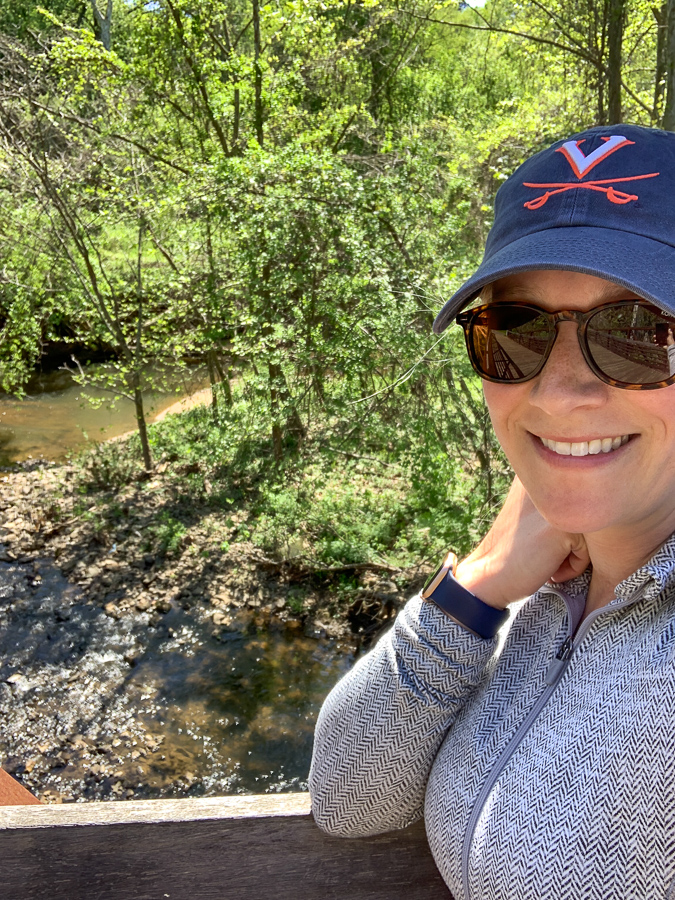 And then had a strawberry banana smoothie and carrots/celery for lunch. 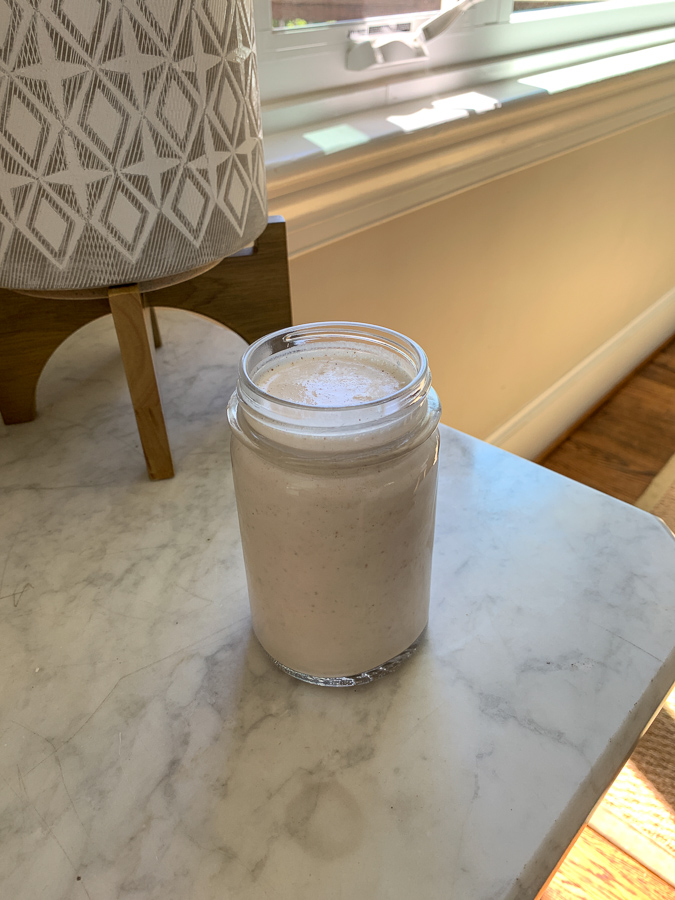 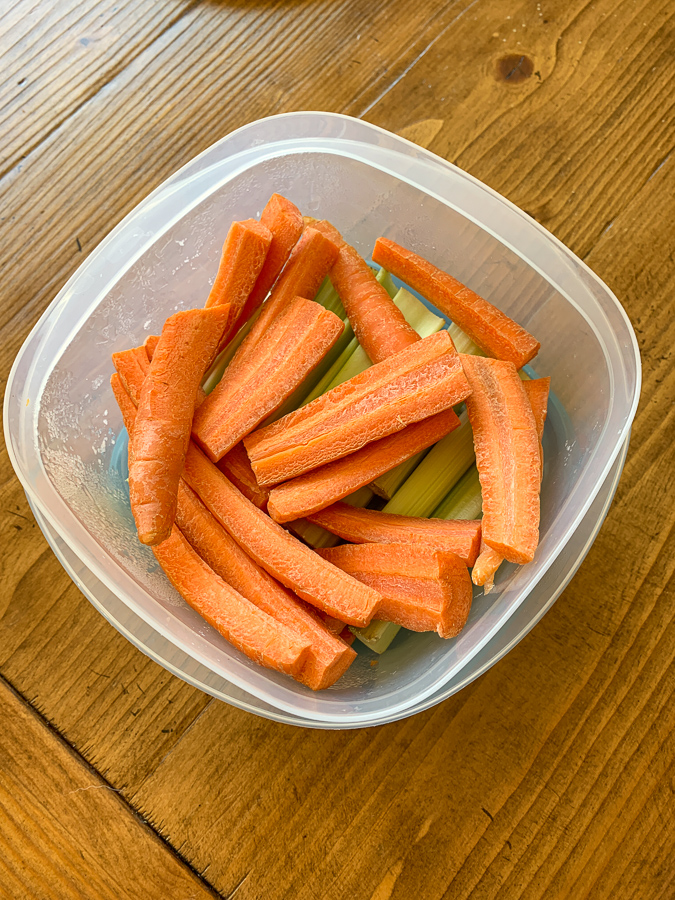 Grammie and Pea arrived just after lunch and we spent the afternoon playing and getting ready for a cookout. 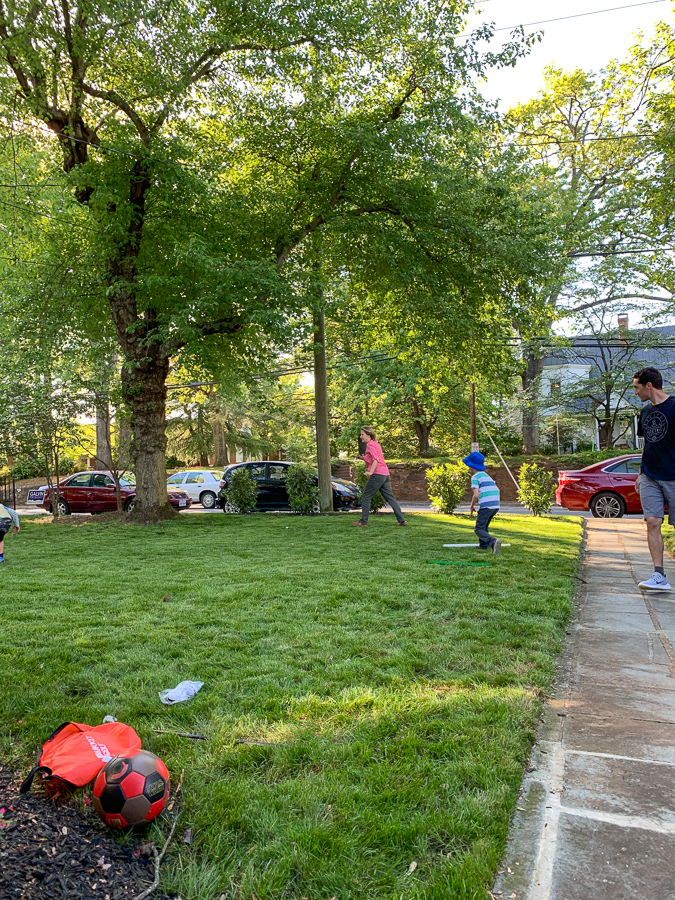 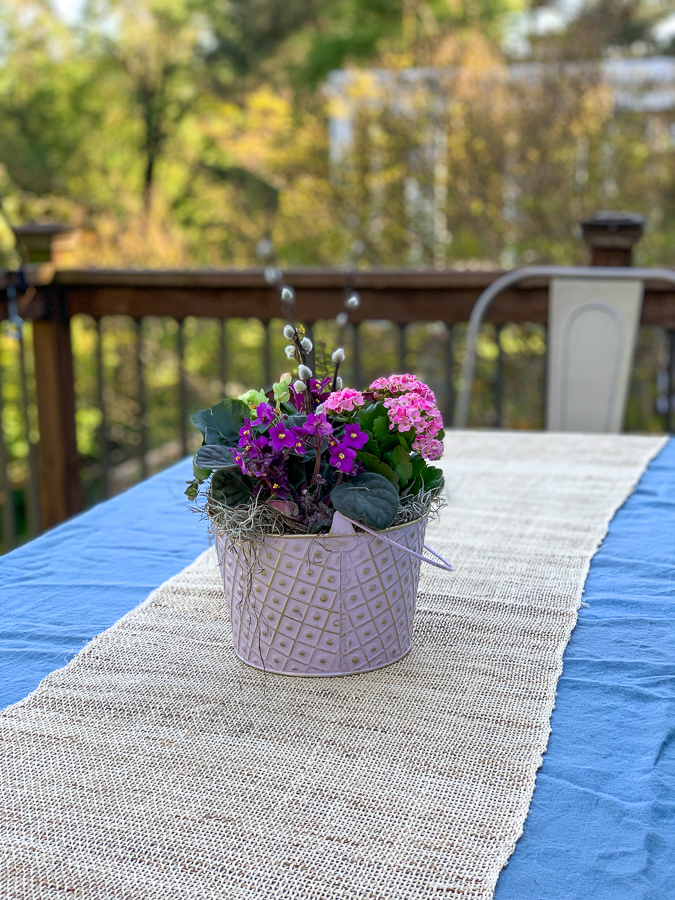 Nona (Thomas’s mom), Clay and Nash joined us for dinner, and we had a grand ole time playing sports in the yard and eating cake (more cake!) for dessert. 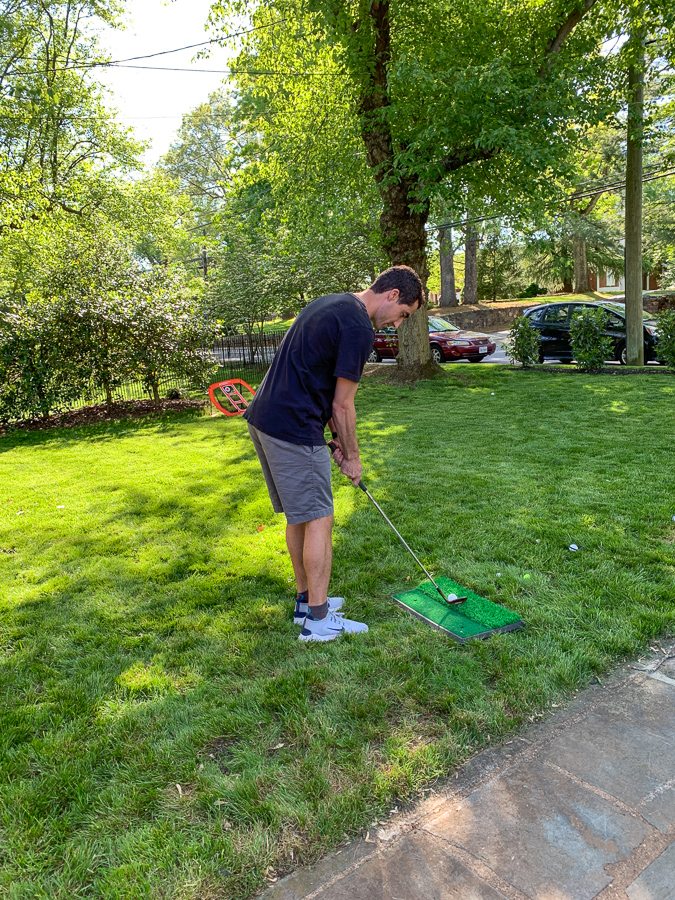 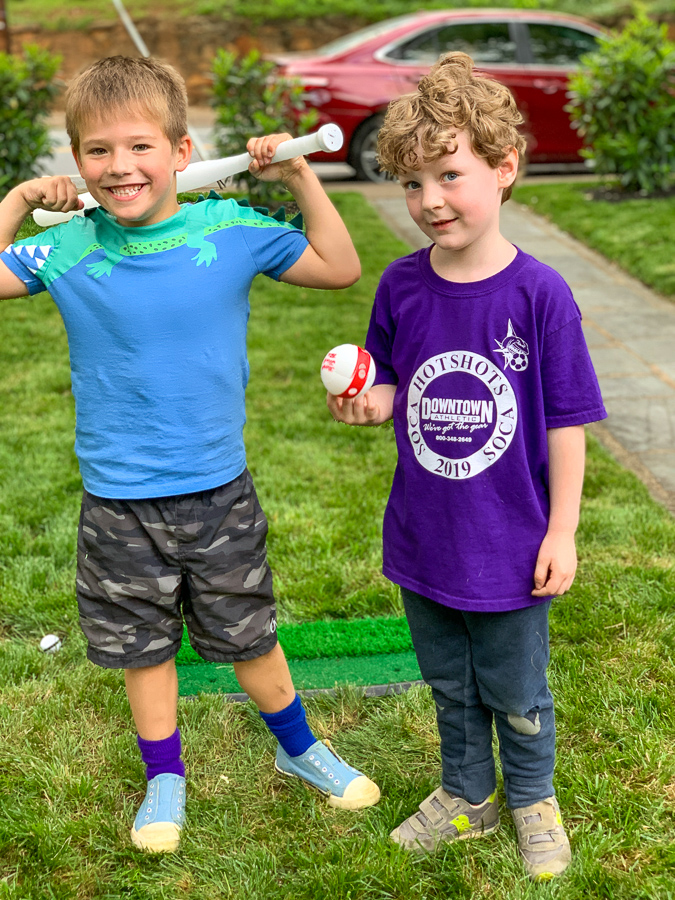 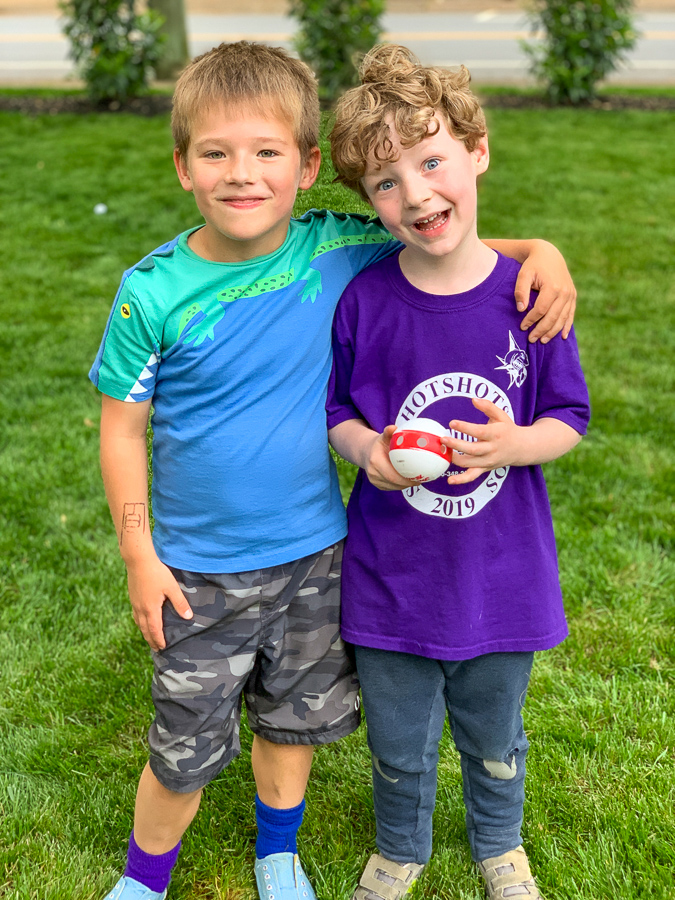 Nash is smitten with his little cousin! 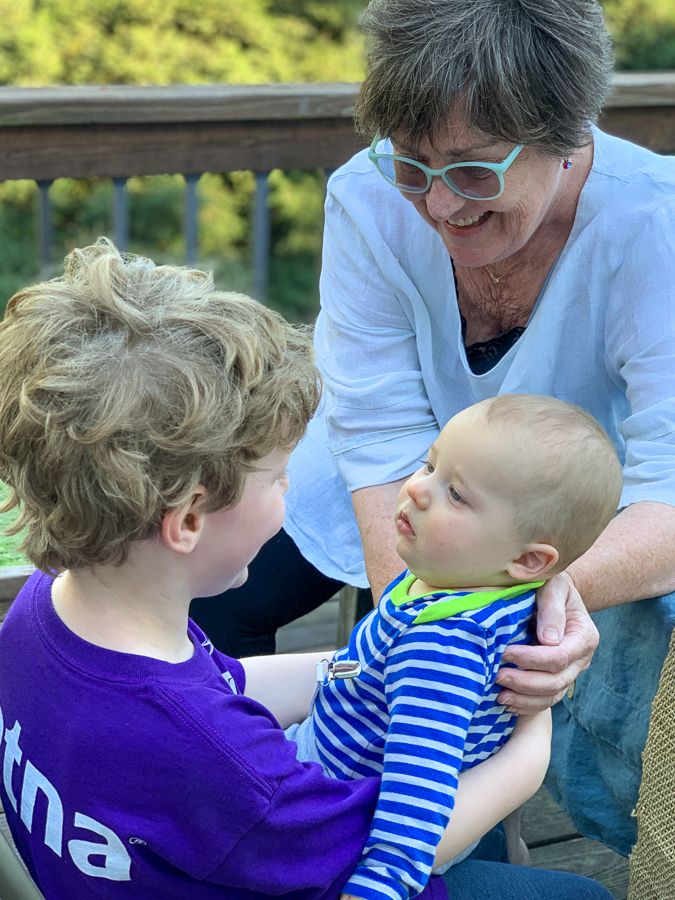 He even did the big job of feeding Birch some prunes for dinner. B was really into them! 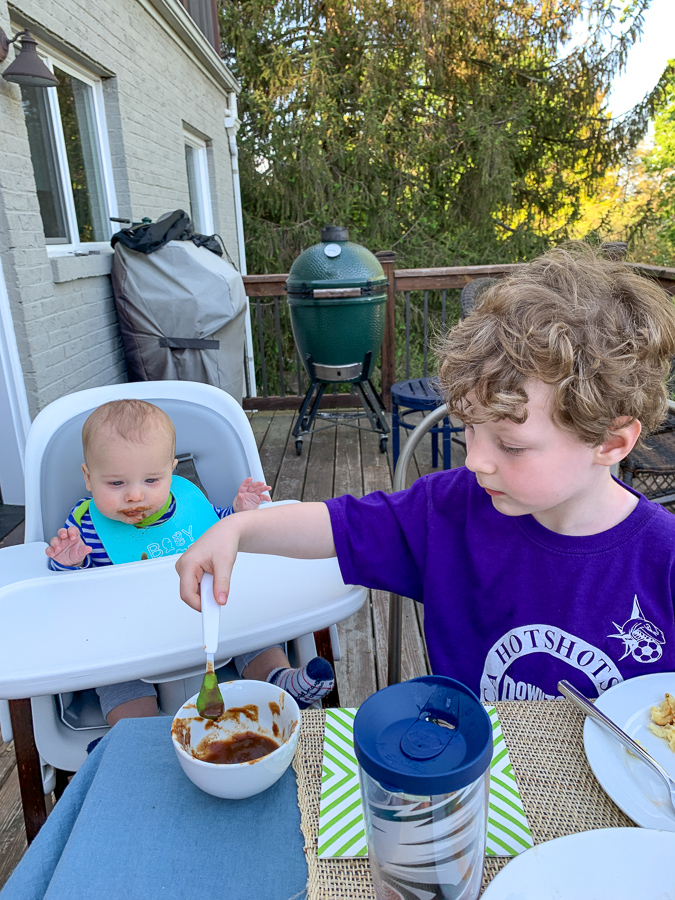 We had burgers and brats for dinner with pesto kale salad and Nona’s mac and cheese. 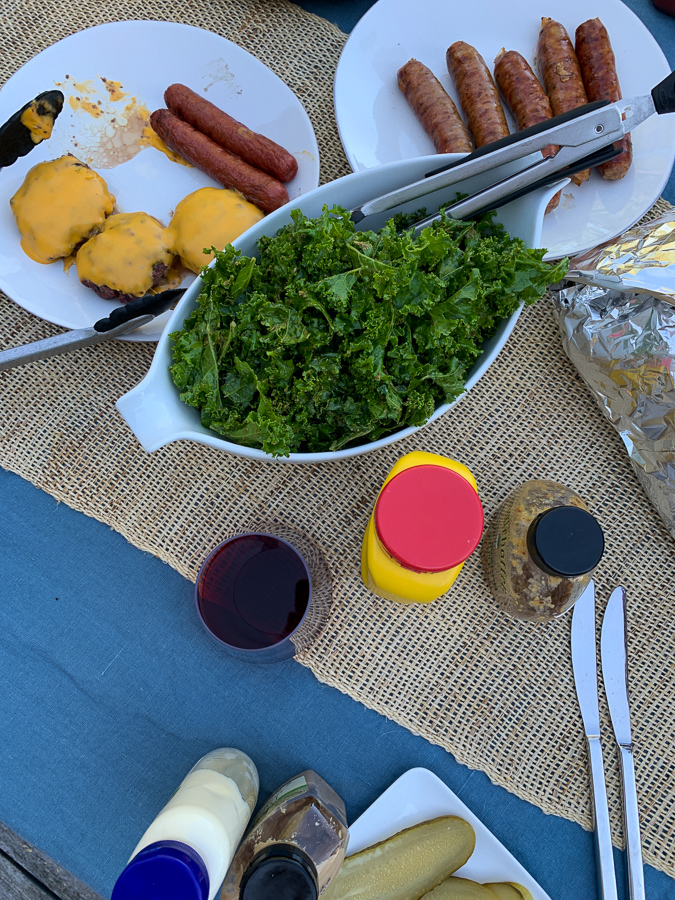 I had half and half. 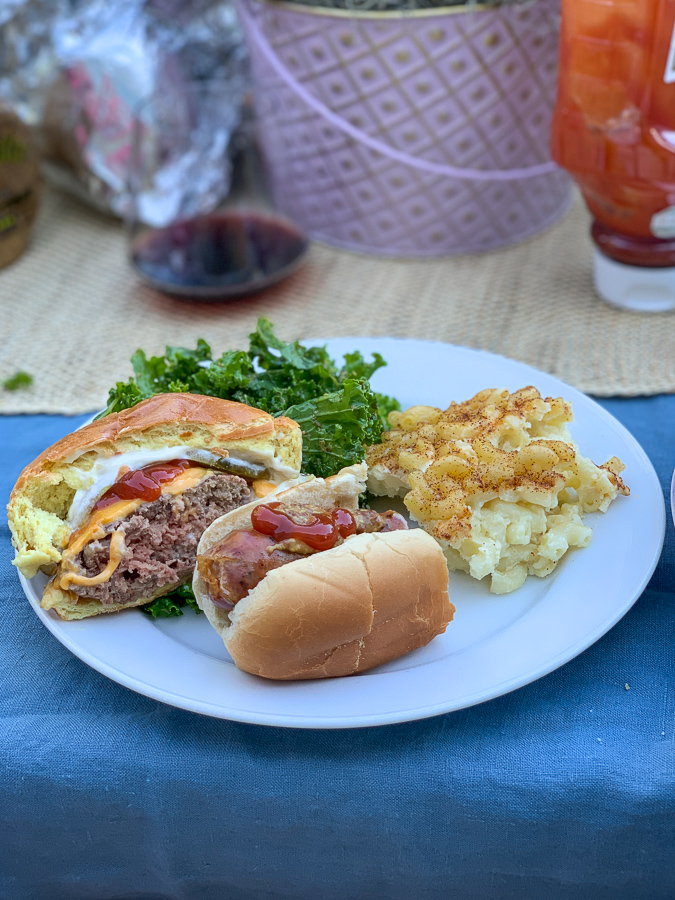 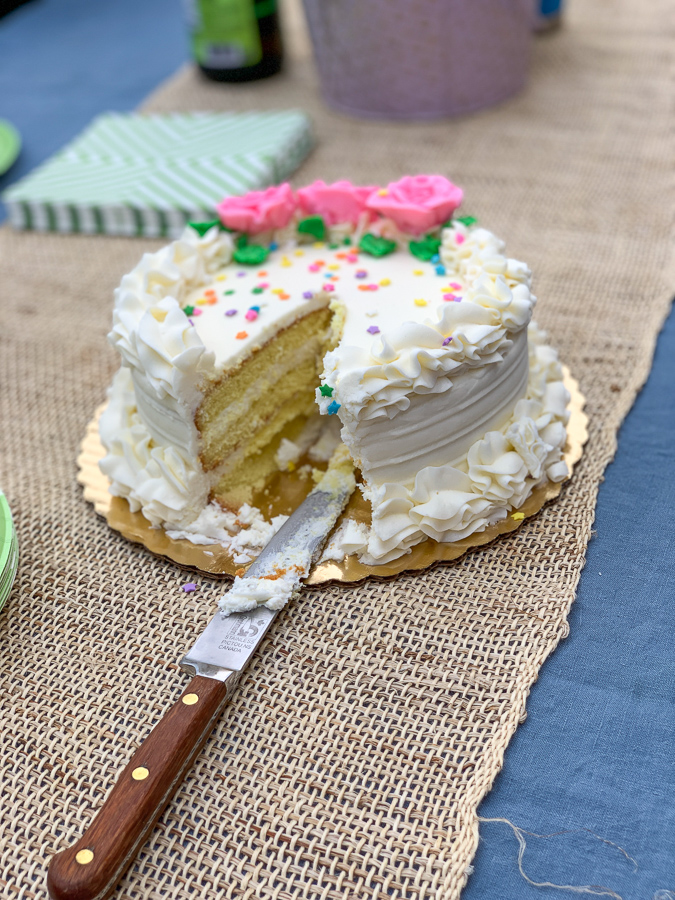 Thomas and I watched episode 2 of GOT after dinner. ‘Twas a good one! (But not as good as episode 1)

We had a light breakfast on Sunday in anticipation of brunch later on. I had a yogurt plus a little Cville Cluster Granola. 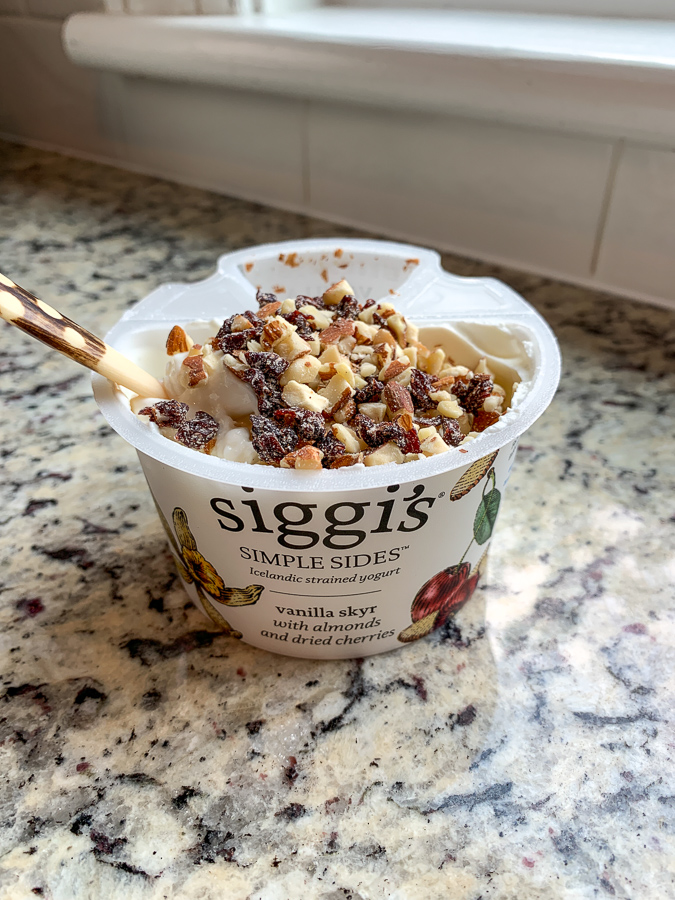 Grammie helped me put B down for nap with his stories. He LOVES books <3 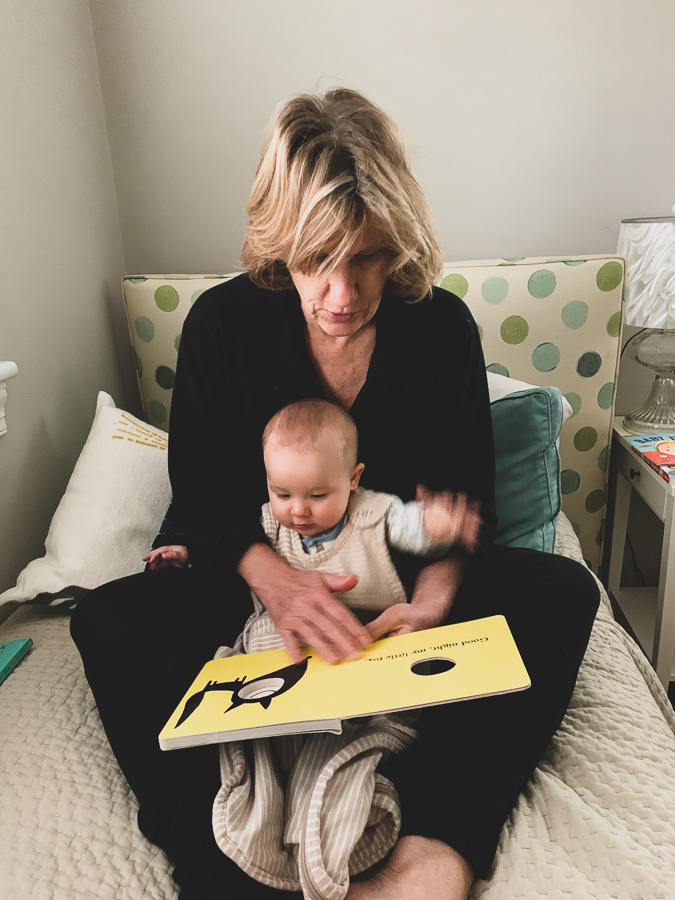 After showers and B’s nap, we raced out the door for brunch. We walked downtown and landed at The Fitzroy for their brunch buffet. Luckily we got a table outside! 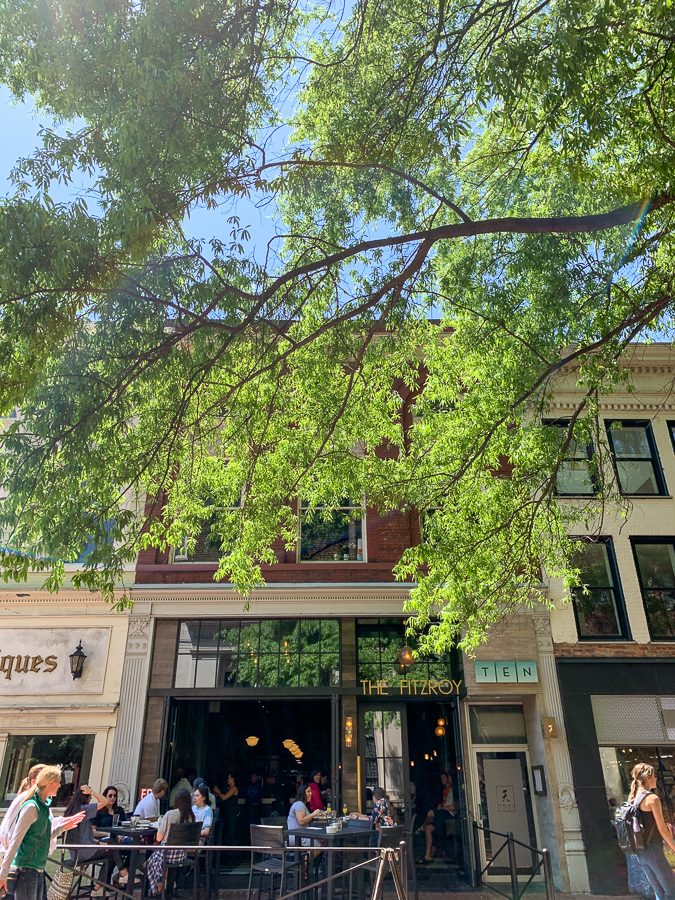 The buffet was great, and they had tons of brunch specialities. 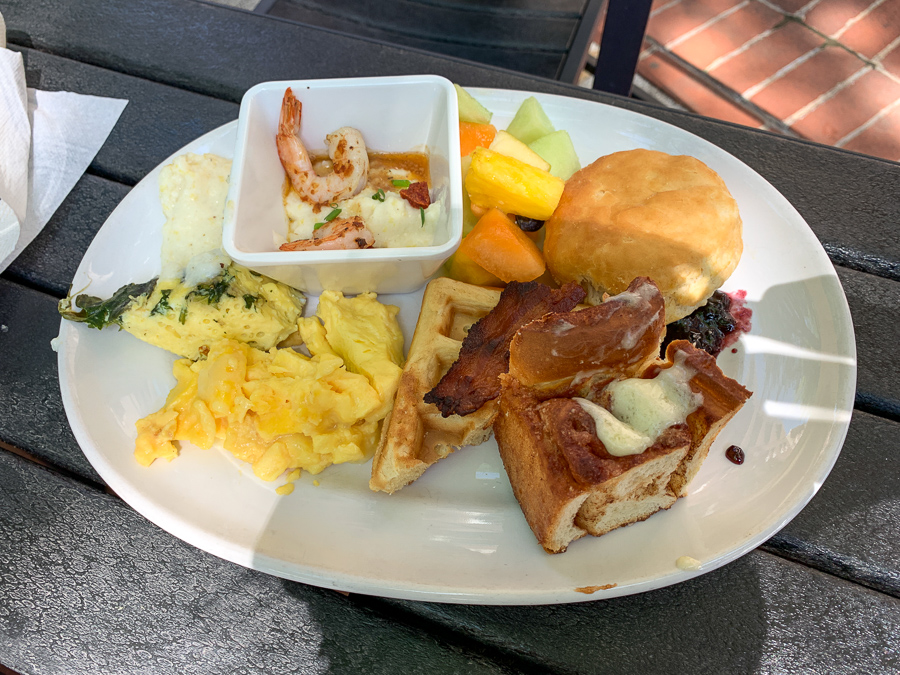 Birchie was so happy during brunch! He decided to eat his foot for dessert. 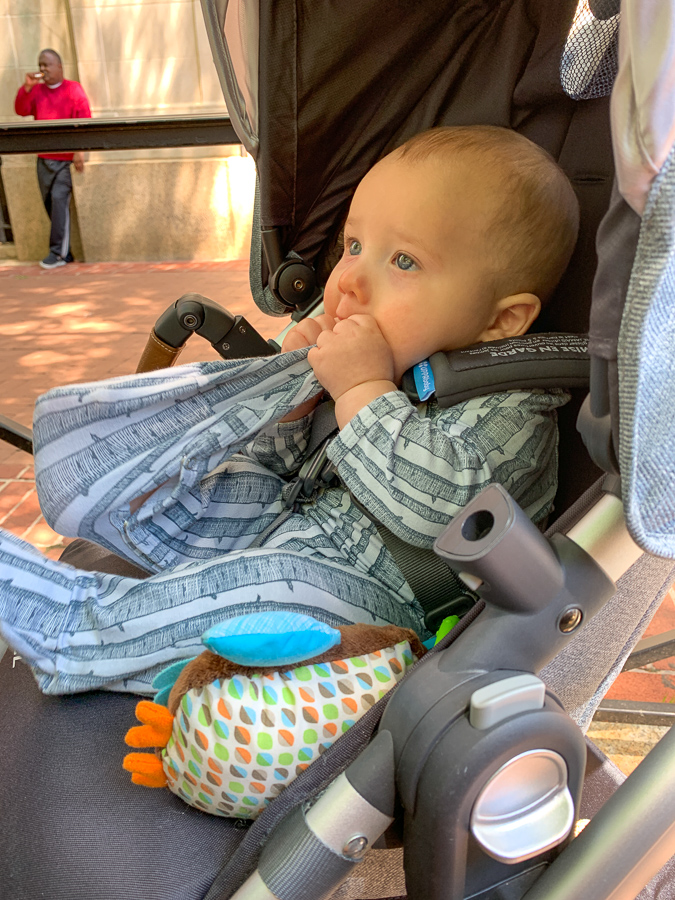 But just as predicted, at the 1:45 wake time he got super fussy and was ready for his next nap. So I (literally) ran home to put him in his crib!

Meanwhile, the crew took Mazey to Chaps, as promised. 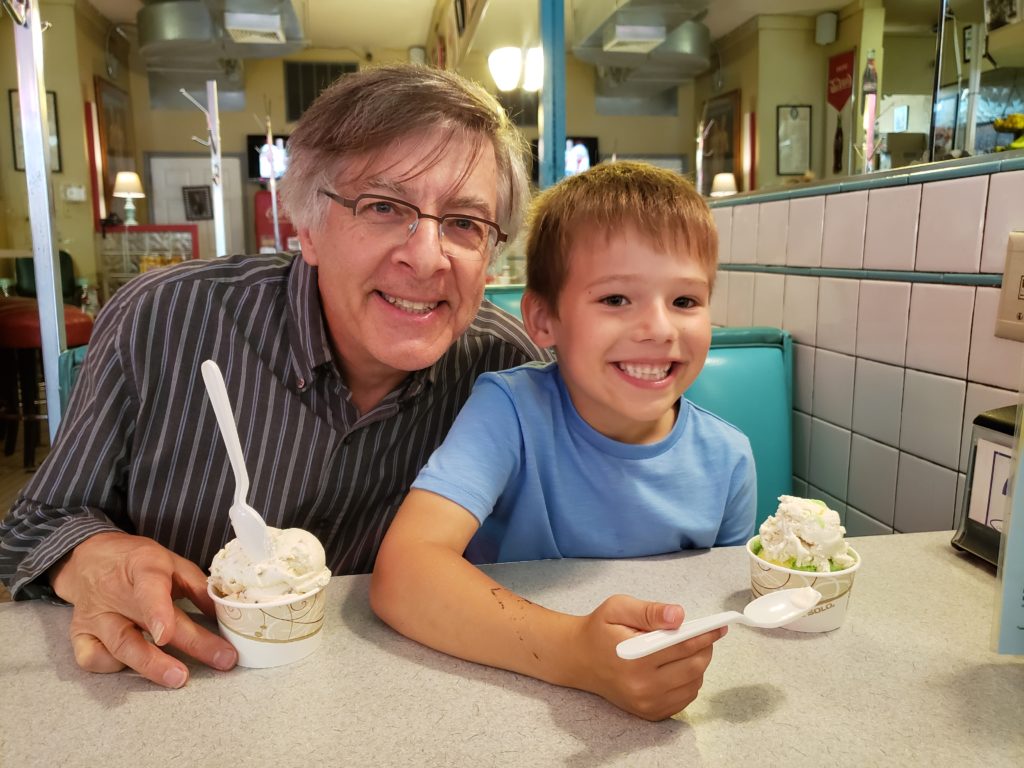 After some quiet time on Sunday afternoon, I left for my soccer game and everyone came to watch for a bit.

Mom and Dad babysat the kids for us to head out for an early date night. We are sad for them to go home!