You are here: Home / Travel / Homecooked

Today was long, but it went by quickly. So much to absorb! So much to taste! 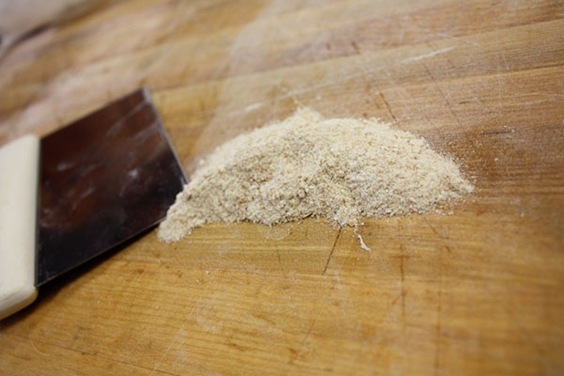 Actually we won’t be tasting that much this week, but today we went to the GH kitchen to do a little sampling.

First, feeling flour grinds. All Great Harvests grind wheatberries into whole wheat flour every day – freshest flour around! [And best tasting too, I will add!]

Next up was honey 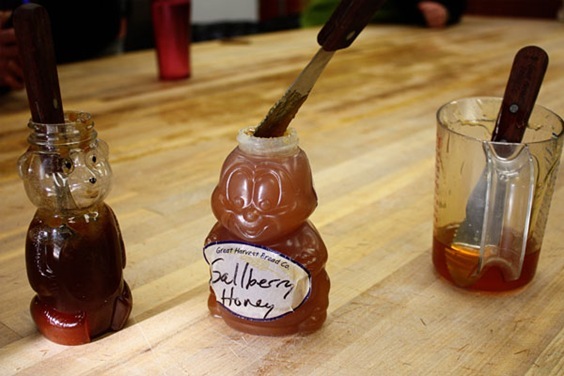 Licked off of Matt’s hand! 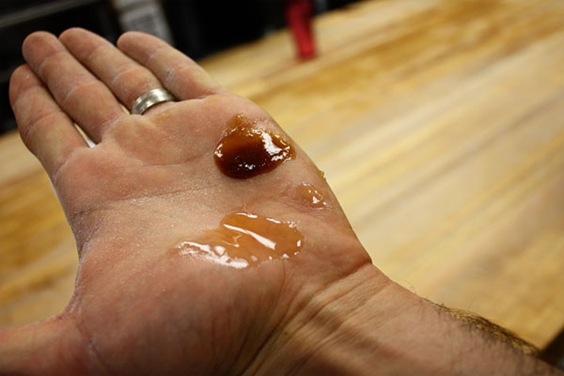 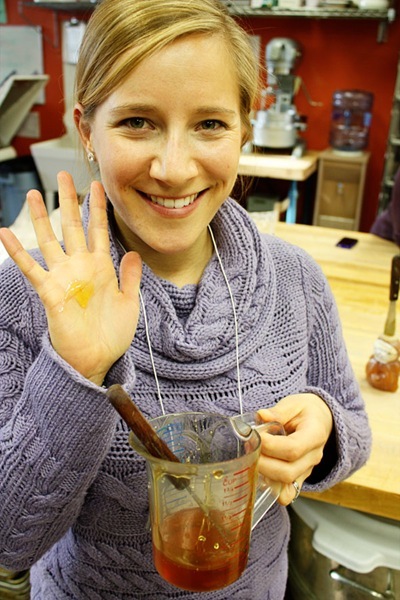 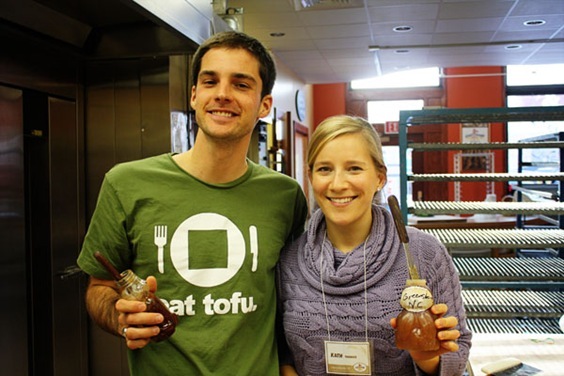 And then a Goldilocks selection of breads – too dry, too doughy (no such thing!), juuust right 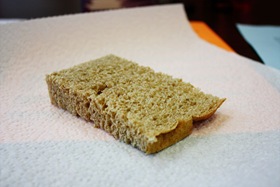 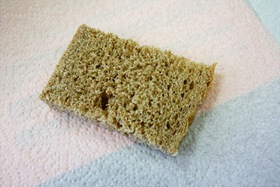 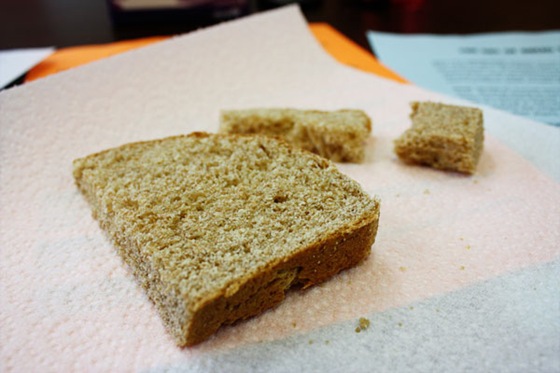 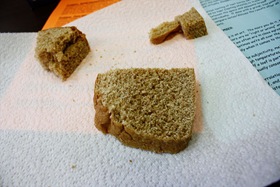 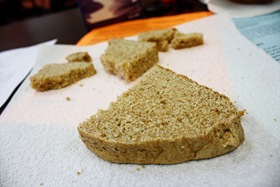 SO delicious!! Matt and I are still in GH withdrawal, so we can’t get enough of the stuff.

Our final event of the day was “networking” at the bar next door. 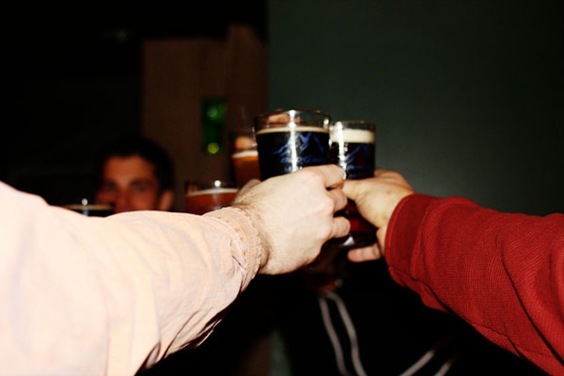 This place was a fly fisher’s heaven! 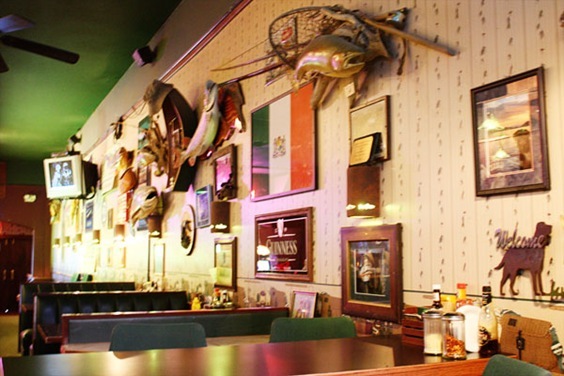 Perhaps Mr. Don here, who I met and told about KERF, had been out fishing today? 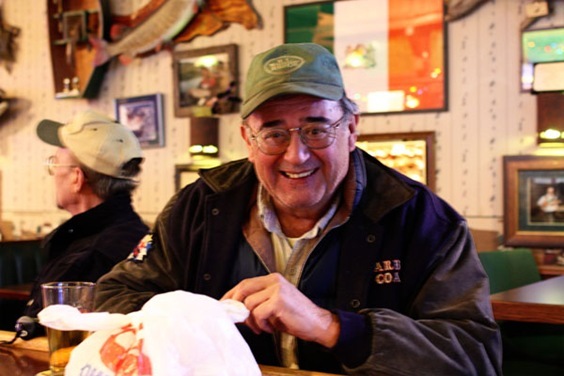 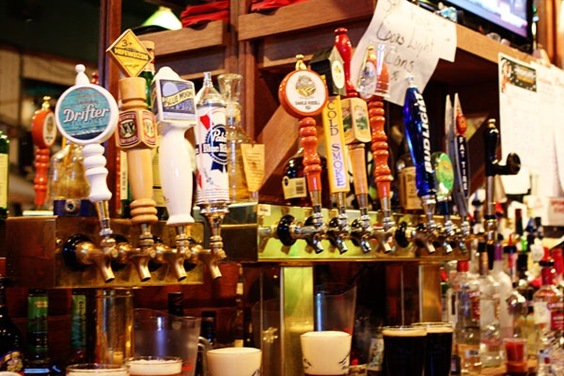 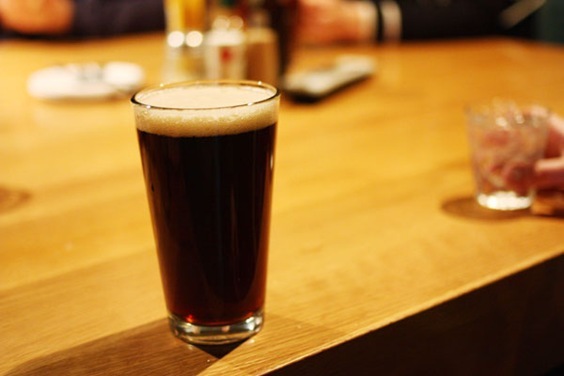 After our drinks (and an exciting discussion of nutrition between the two RDs and the rest of the crew!) we all peaced out. Matt and I decided that relaxing in our hotel sounded better than eating out, so we decided to do one of our homemade meals since tomorrow night is a group dinner.

Welcome to my kitchen! 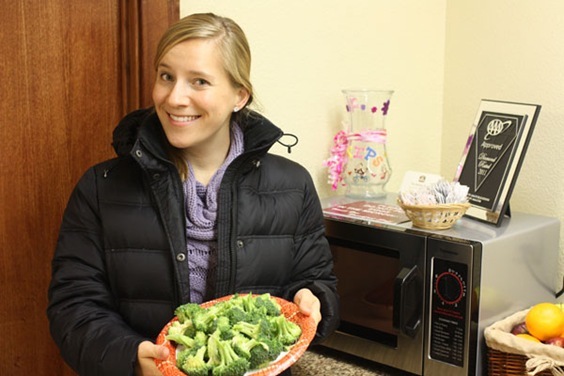 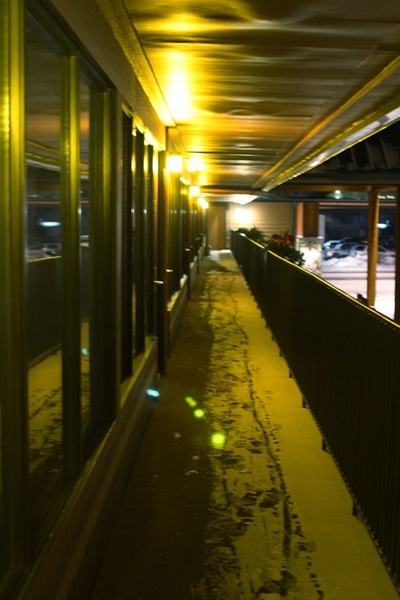 We brought broccoli – which I tore off the stalk with my hands – and sweet potatoes to microwave. Both were easy and required no cutting board, knives or can openers (which I realized when planning our dinners would be required for opening a can of beans! At $13 a piece, we opted to choose a different meal) 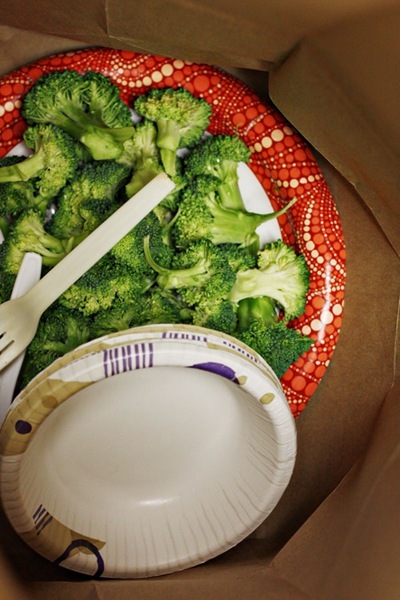 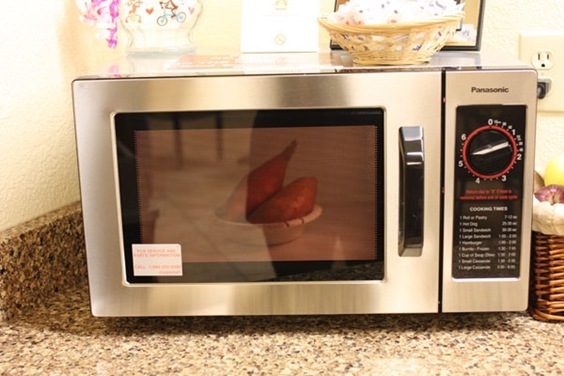 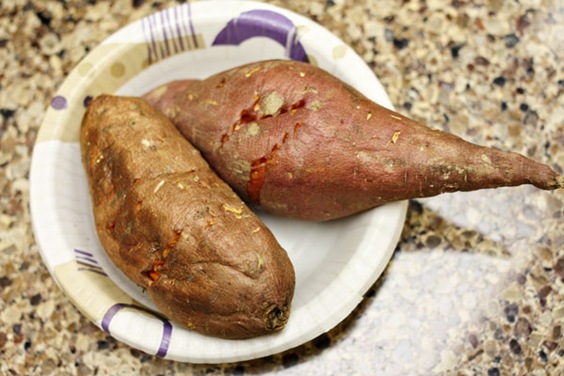 The broc went in next for 3 minutes and was seasoned with breakfast bar salt and pepper. Then we carried them back through the negative 0 temps in a paper bag with papertowels to try to keep them warm. It worked! 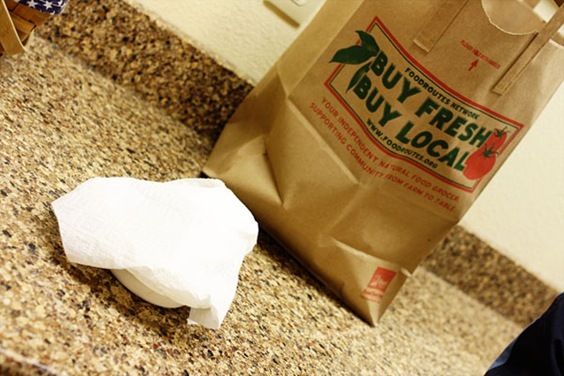 Another romantic dinner for two. We actually have a pretty good time eating these meals! 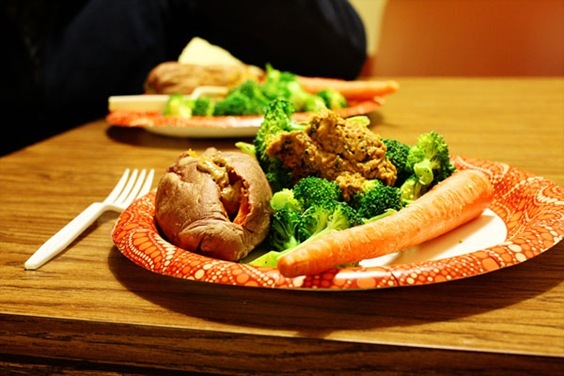 We had originally planned to have a tin of sardines with this meal, but we both agreed after the bread and beer we weren’t super hungry so we saved them for another night. Instead I put a little almond butter in my potato a la Meals + Miles. 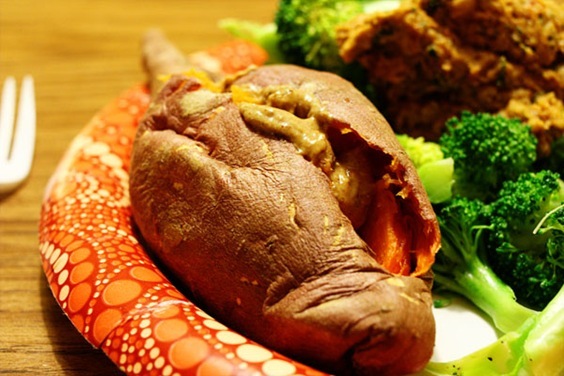 And we had sun-dried tomato hummus from the Good Food Store – it was awesome! 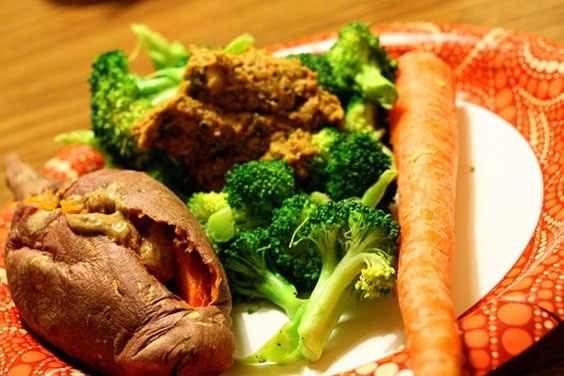 Plus that carrot – just for a third component! 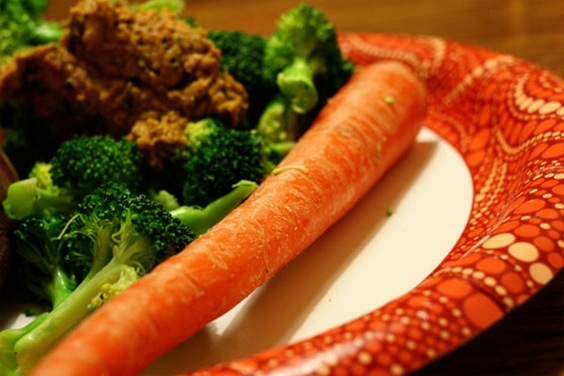 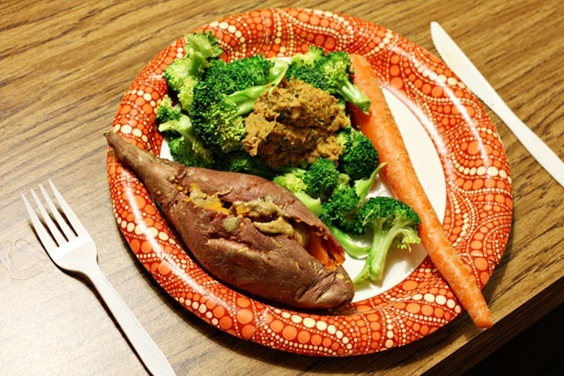 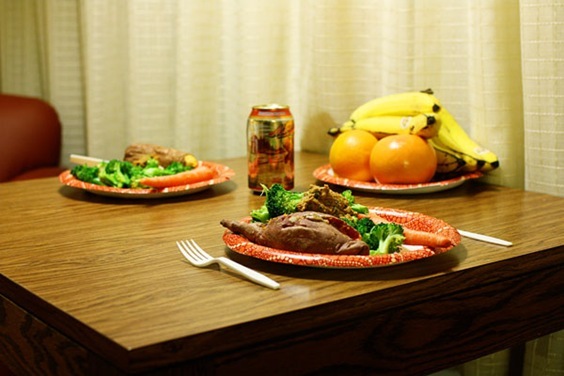 I am thinking a hot shower would be ideal right now. We walked about 3 miles today – not much – but my legs feel pretty tired! Perhaps all that snow or our early morning exciting race to get to breakfast. Tomorrow we don’t have to be in until 8AM and I’m already excited about peanut butter toast!!