If you’ve ever meandered your way over to my Home Neat Home house tour page, you probably wouldn’t recognize the place anymore!

Here’s what our living room looked like right after we moved in: 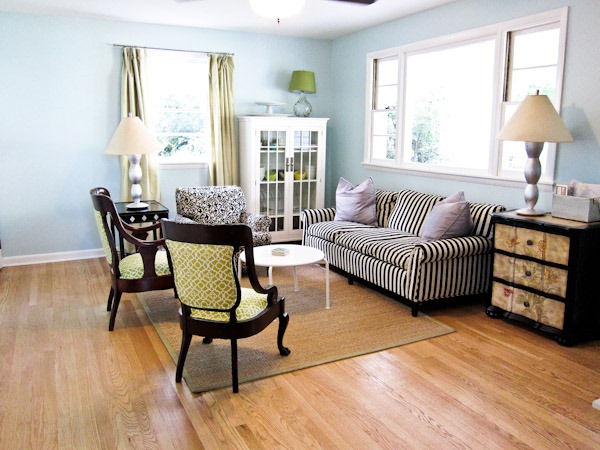 Here’s something in the middle:

So for a while, the living room looked like this!

I really liked it that way until one day earlier this year I decided I wanted a big living room again. The house just felt off to me, so I swapped everything back. 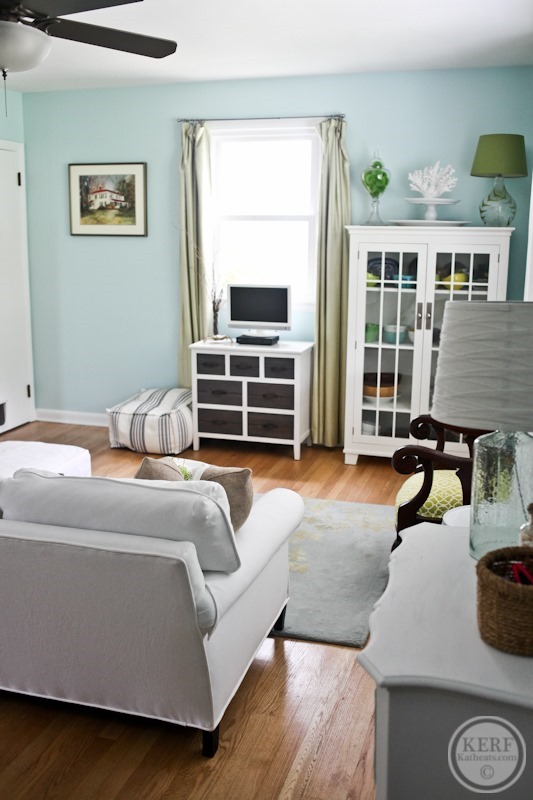 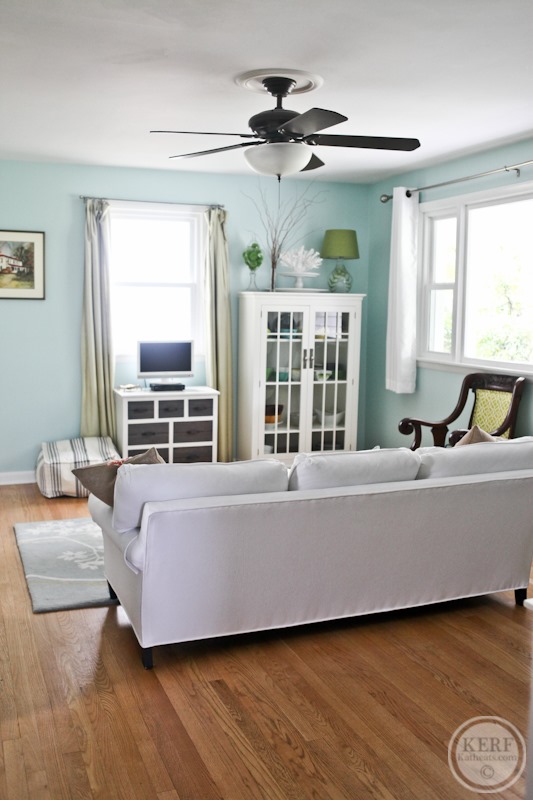 We added a little TV, which has really brought the room to life. The room is great for playing, cuddling and relaxing in the evenings – something we couldn’t do before with the TV way down in the basement. 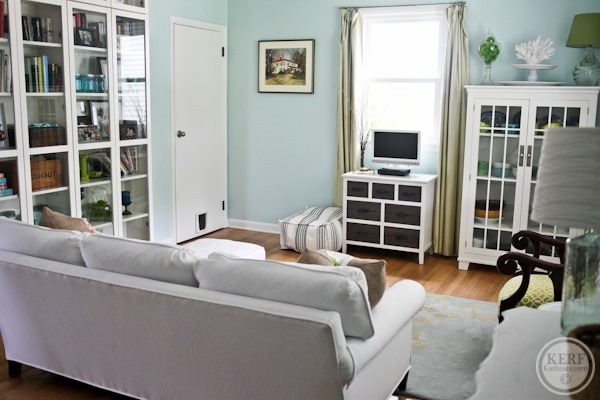 I also have been working towards Operation Beach Cottage where I’ve slowly been styling our house like the cottages I read about on Houzz and in magazines. That’s what inspired the white couch upholstery project!

This was once Karen’s couch and it is very well made. It has lasted many years (it’s from the 90s!) I always liked the stripes, but the fabric was starting to look a bit worn. When I decided to go beachy, the stripes suddenly didn’t fit with my vision. I considered getting a new couch, but that seemed wasteful, so I researched getting it slipcovered. The cost of a custom, washable slipcover was slightly more than the cost of a white, washable upholstery job, plus the black stripes would have shown through a white slipcover! Thus I settled on thick, white canvas – removable, washable, bleachable! Yes, I realize I’m a bit crazy to have this with small children, but you can’t bleach colors y’all! I also had spare covers made for each of the 3 cushion sizes should anything non-bleachable get on them. I’ve had the couch for over a month and haven’t had to wash a thing! I will say no one is allowed to eat in here, no matter how old you are. Food stays in the dining room and kitchen. 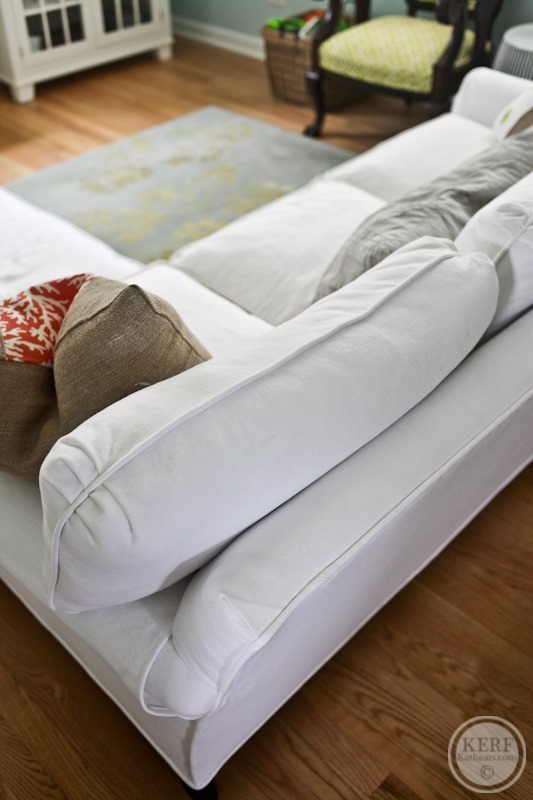 I loooooooooove the new couch. It’s so much softer and the seamstress improved the cushion shape in the process. Even the arms are washable because they removable and attached with velcro. 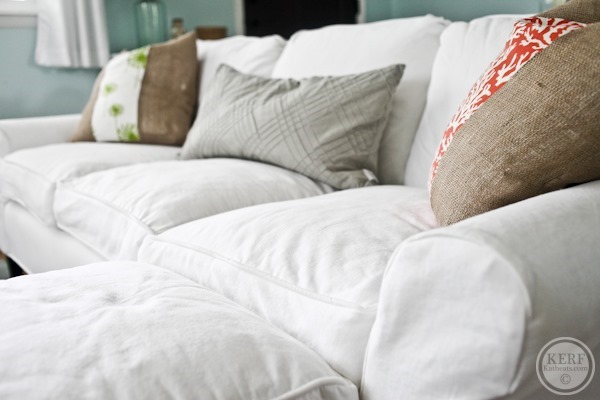 AND my slipcovered ottoman can join up to make it act like a sectional! This space is too small for a real sectional, but the ottoman makes the perfect solution. The rug, from Overstock, was once in the basement and replaced the scratchy jute rug that is now in the dining room. This one is so much more floor-playing friendly. 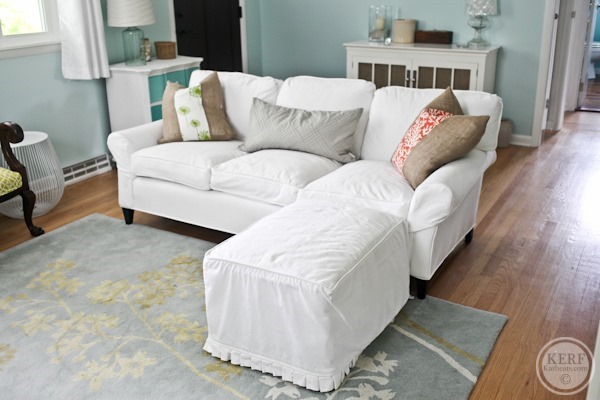 Other beachy touches in the room – vases from our wedding are now filled with sand and white pillar candles : ) 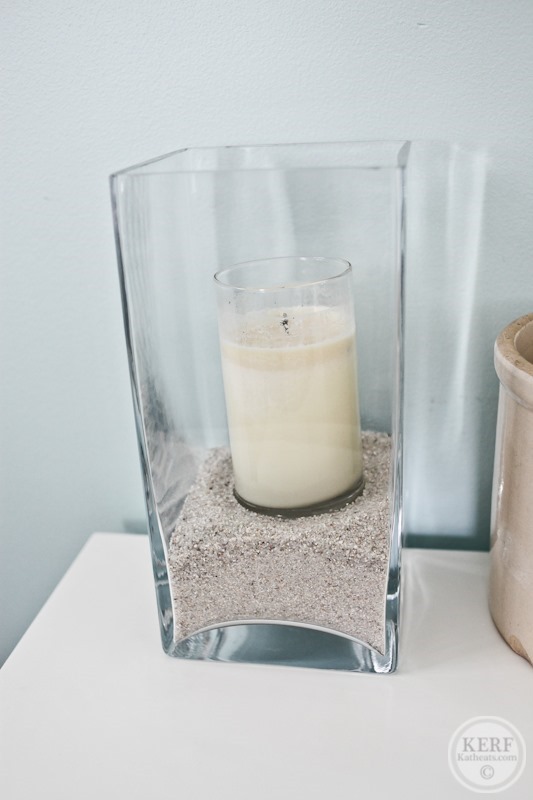 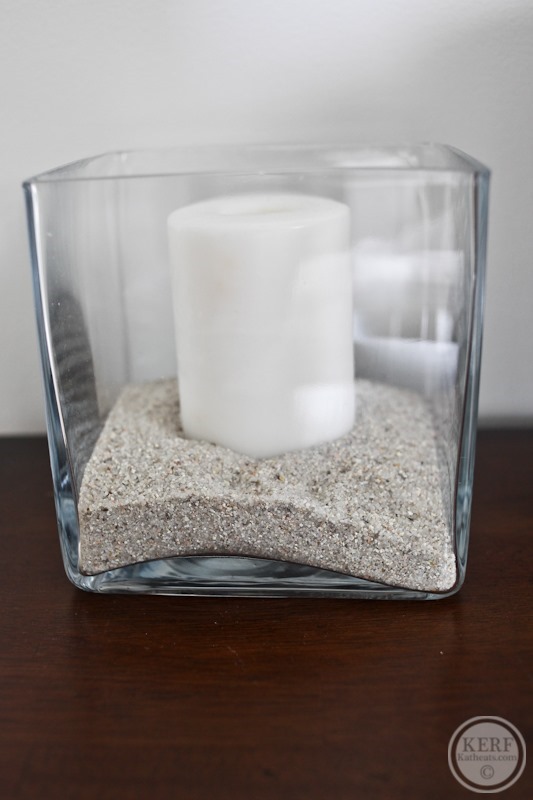 I found this gold crab at Target and HADTOHAVEIT. Luckily he was on sale for $7.99! 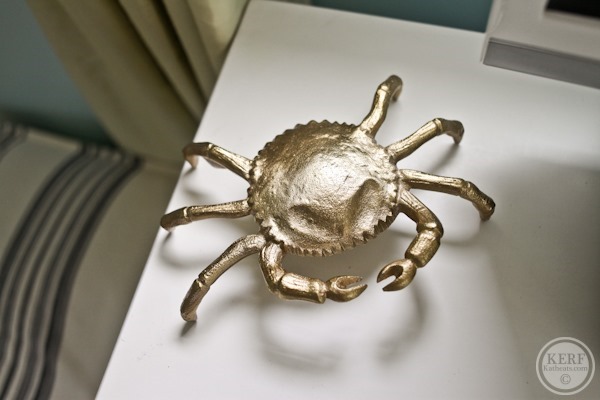 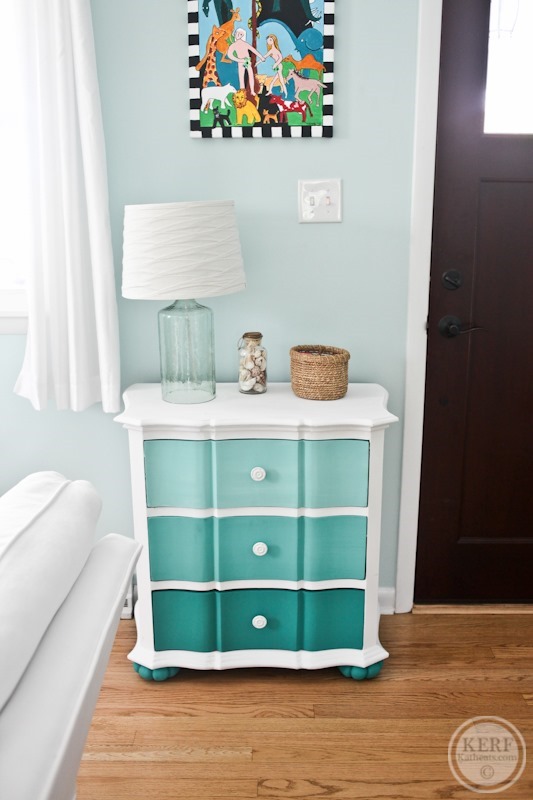 Here’s what it looked like before! My dad won it in a furniture store drawing.

I used Annie Sloan Chalk Paint (we have a new store here in Cville) and didn’t even have to sand it! I mixed the ombre colors myself with the teal and white getting lighter as I added more white. Note also the Target seaglass lamp and grassy basket for keys. 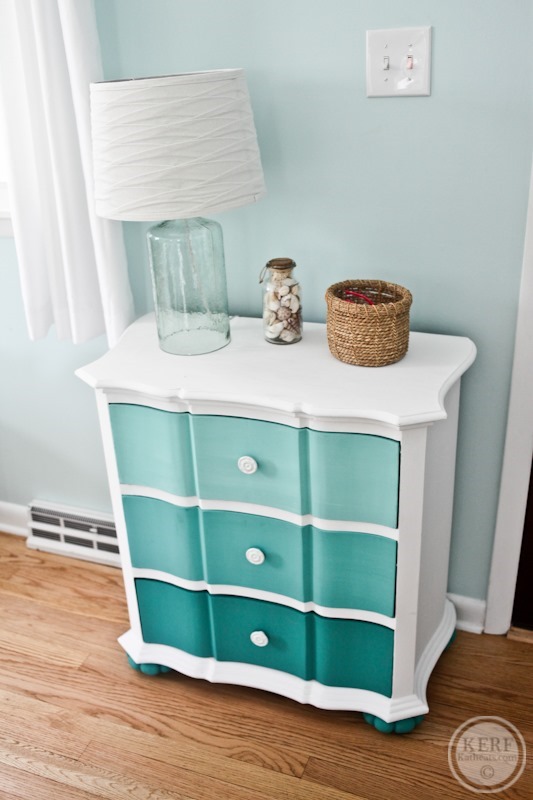 Lastly, I put in a little more DIY action on this piece and covered the glass with burlap.

Before you could see all the clutter through

Some doubled sided tape and $3 of burlap later… 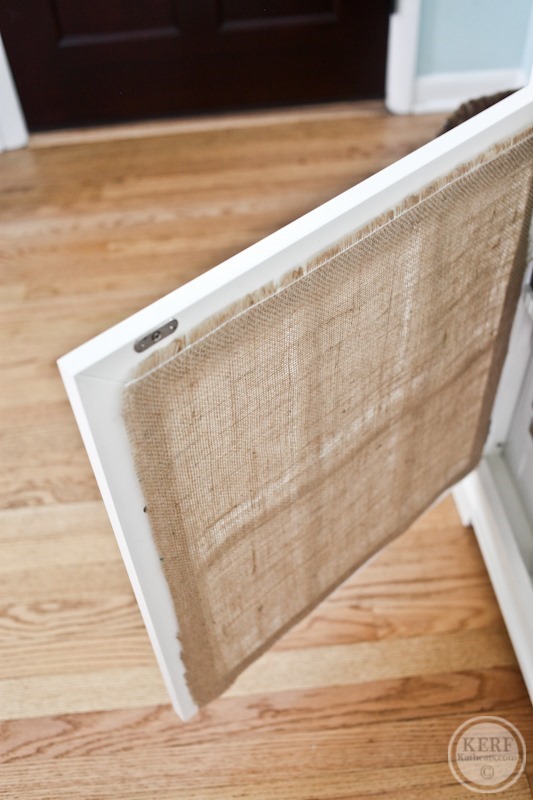 After! Beachy and neat. 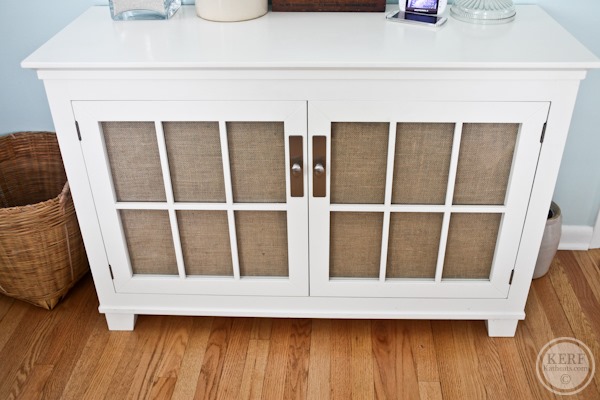 There are more changes in the dining room……..

Starting with this old vintage family heirloom oar from Target :  ) 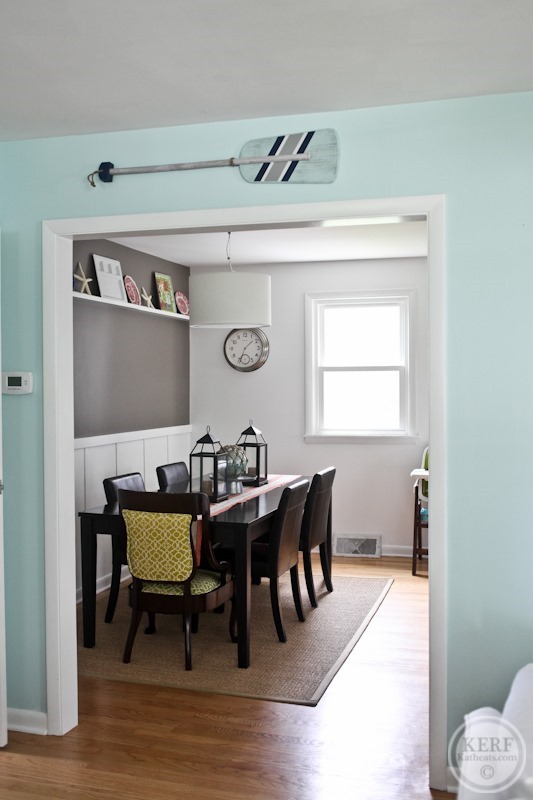 Here’s the dining room when we moved in. We added the IKEA shelf. The wall was already gray. We had the light moved so it would be centered over the table too.

And here it is today. You’ll notice right away the green light is gone. It just didn’t fit with our décor anymore and I sold it on Craigslist in exchange for this lighter shade from Crate and Barrel. 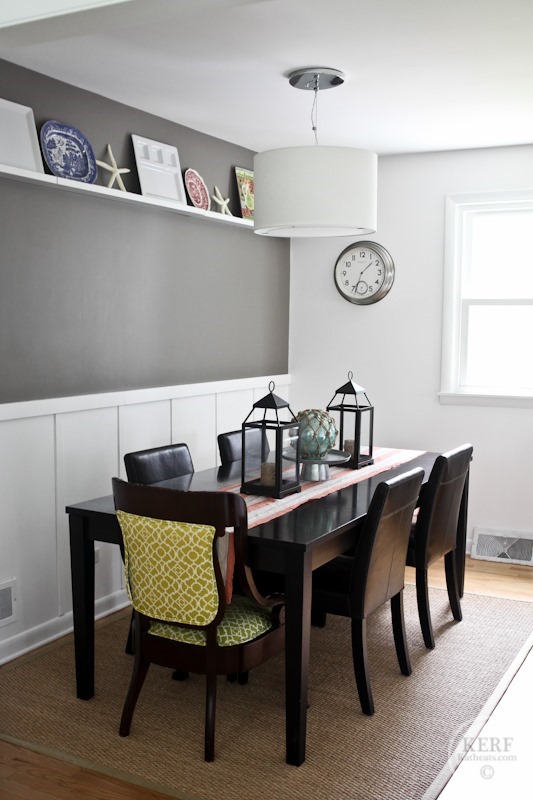 I also added starfish (also from Target) and Pottery Barn lanterns from our wedding that had been hiding in the basement. The glass buoy I found on sale at Pottery Barn, and the table runner at Williams Sonoma.  The green chair has followed us from Charlotte – they were my grandmother’s and I had them reupholstered! I would love to update the parsons chairs somehow – they are showing their age a bit. 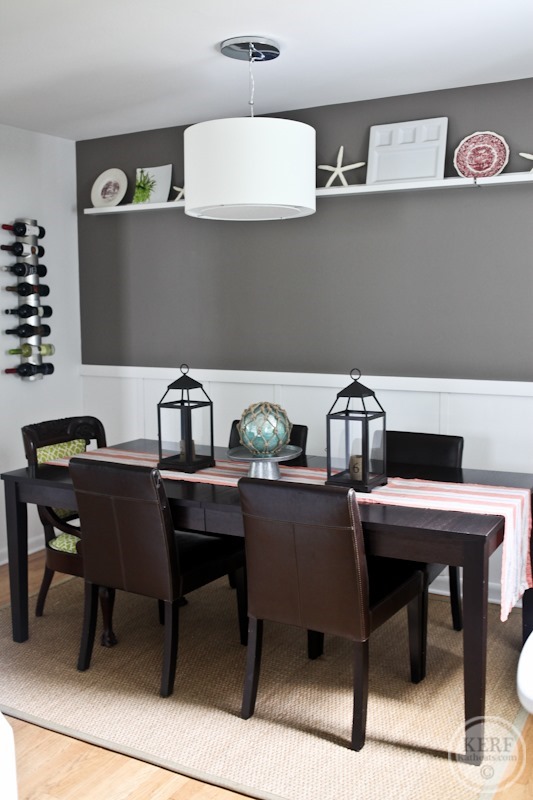 But what is obviously the biggest change is the board and batten molding!! It took me 6 months to get up the courage to tackle this DIY project, and I’m so glad I did!! I followed Young House Love’s tutorial to a T. They did a really good job giving me the courage with very detailed steps. We were so worried because we have narrow baseboards, no miter saw or nail gun, but we found a miter box for $10 that allowed us to use a hand saw to angle the battens where they meet the baseboards and we just used a hammer and nails and all worked out ok in the end. 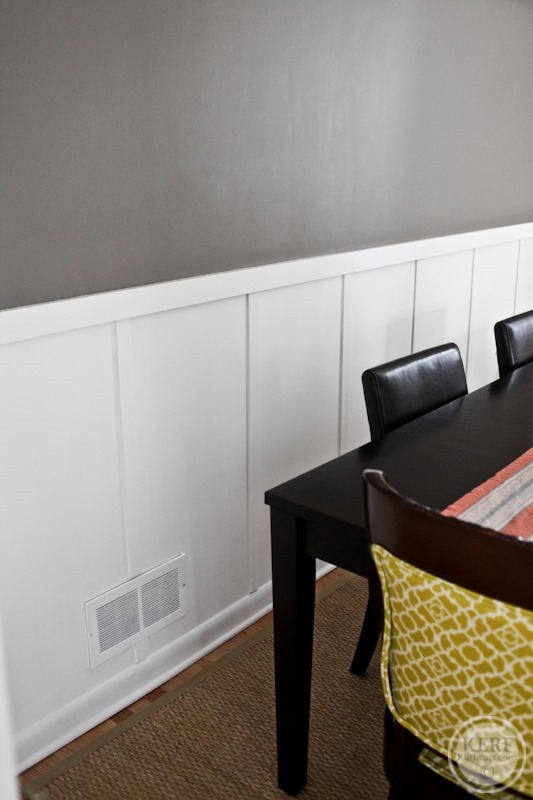 We did have some issues with the caulking – my tape job first sealed it in and then I just tried it with no tape and got caulk all over the wall. I was really nervous I’d dug myself in a hole here because it looked awful! 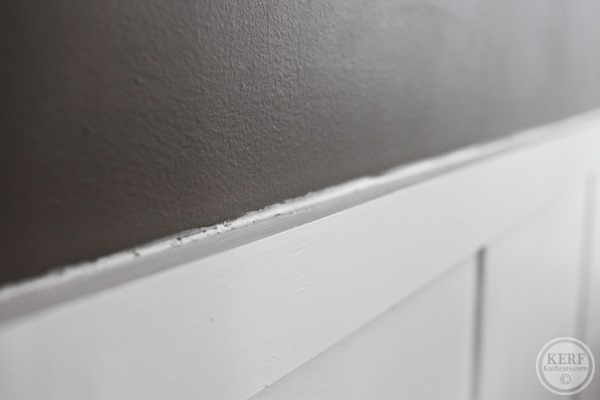 But I LUCKILY found the gray paint that came with the house (I don’t know the color, sorry) and touched it up by hand. 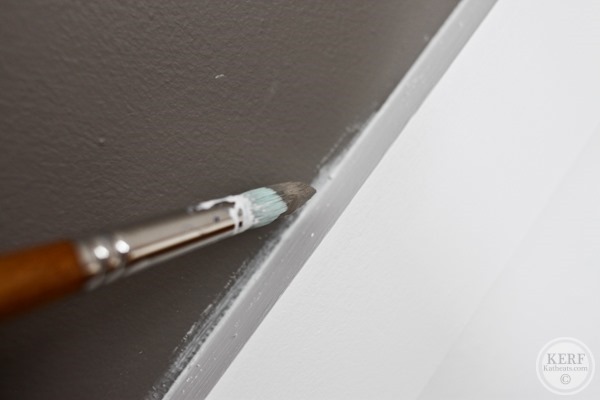 Thankfully all is perfect now!! 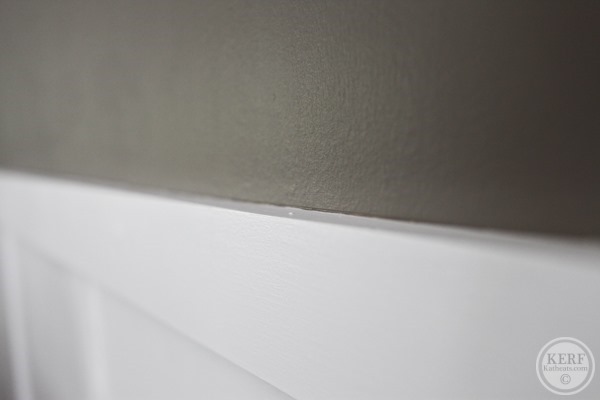 I absolutely love how much character it added to the room! 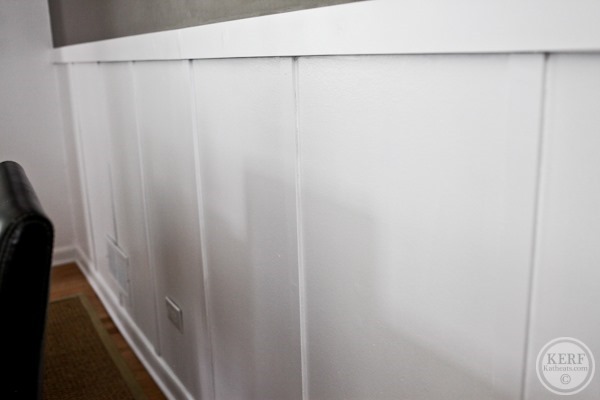 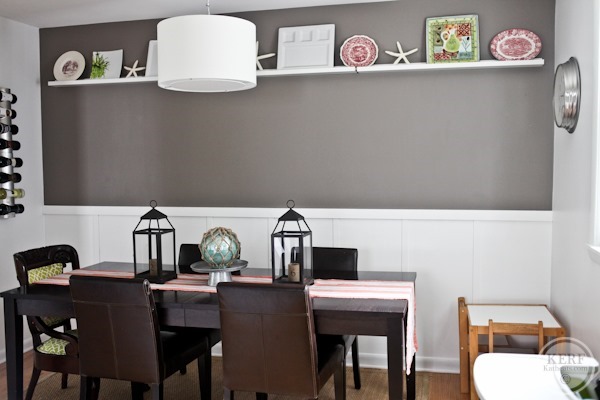 That’s all I got folks! Airy beach cottage in the making!

PS. Want to see more old school photos? Look at the yard before the porch! 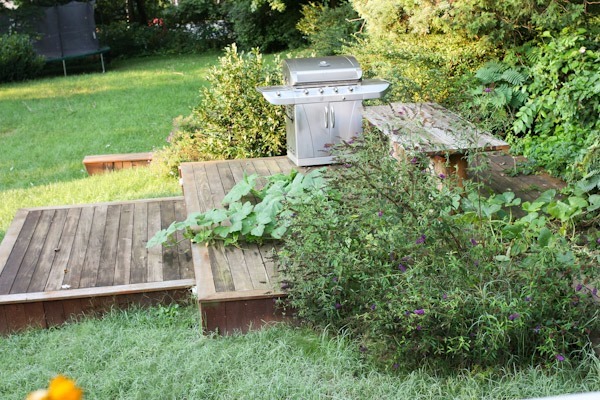 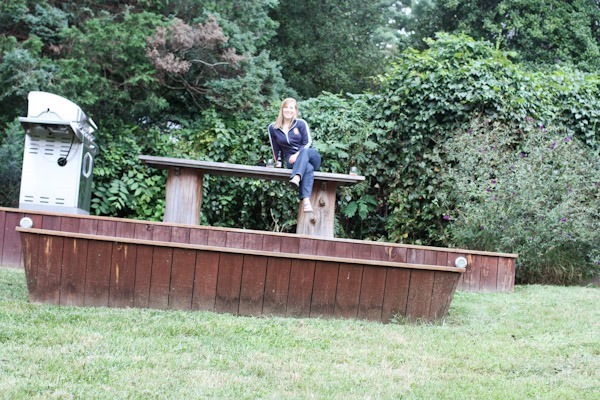 And Mazen’s nursery when it was an empty room! 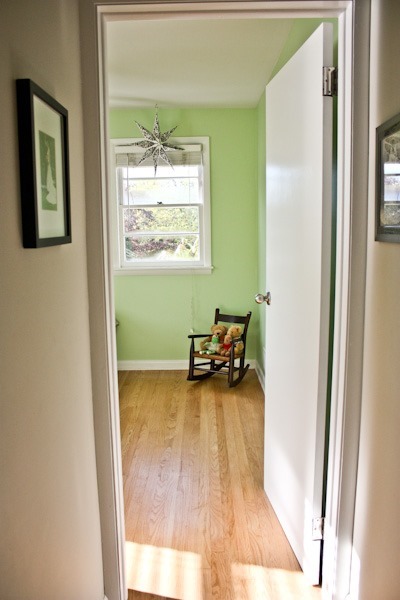 See his Big Boy Room transformation here!! Hint: it has a nautical theme : )