You are here: Home / Weekend / Hibernation 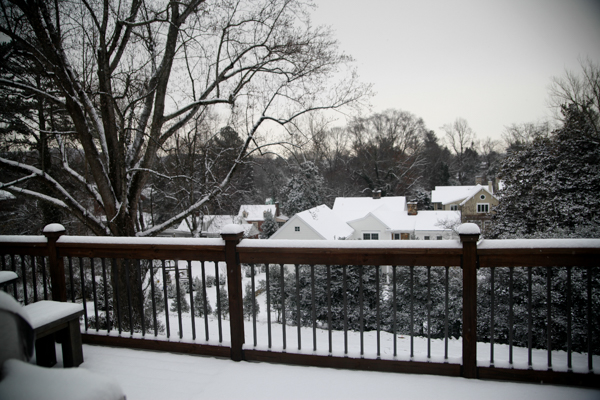 I didn’t do much of anything all weekend, and it was so nice! January is kind of like one big squiggly line effect coming down from fall + the holidays, so I enjoy spending the weekend at home this time of year (which I couldn’t dream of doing in, say, June!)

And much to our surprise we got a few inches of snow on Friday night! I knew we were getting a dusting, but I had no idea the East Coast storm would hit us like it did. We only got a few inches, and they all but shut down the town for a lot of the weekend.

First taste of snow for the year! 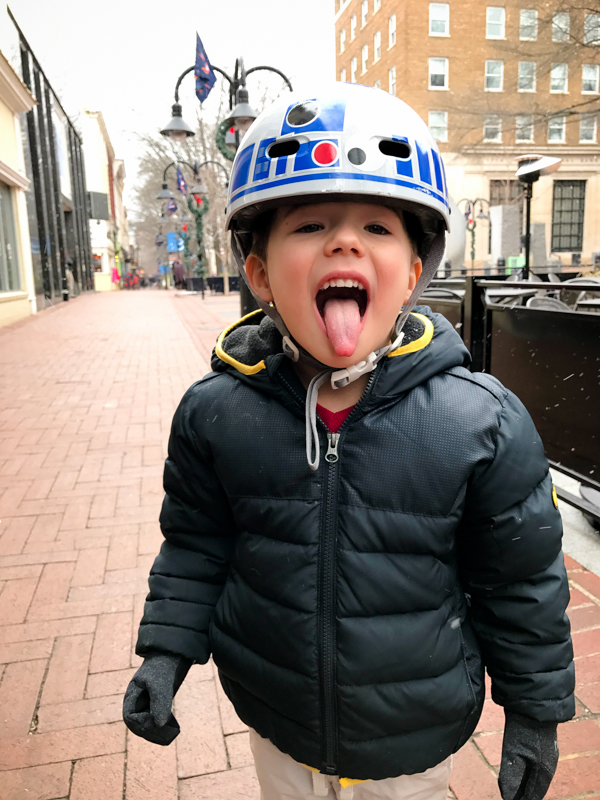 Friday night I made Mexican bean bowls with rice, black beans, peppers, guac, Greek yogurt, shredded cheese, Cholula and Red, Hot, Blues. Mocktail on the side made with seltzer, OJ and bitters! 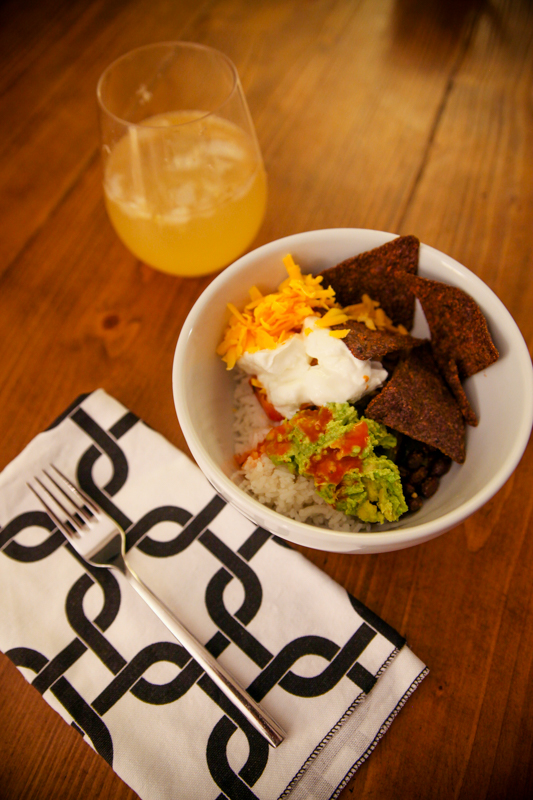 Now that’s a good avocado! I put it in the fridge like you guys recommended on Instagram and I think that helped it last a few days ripe. 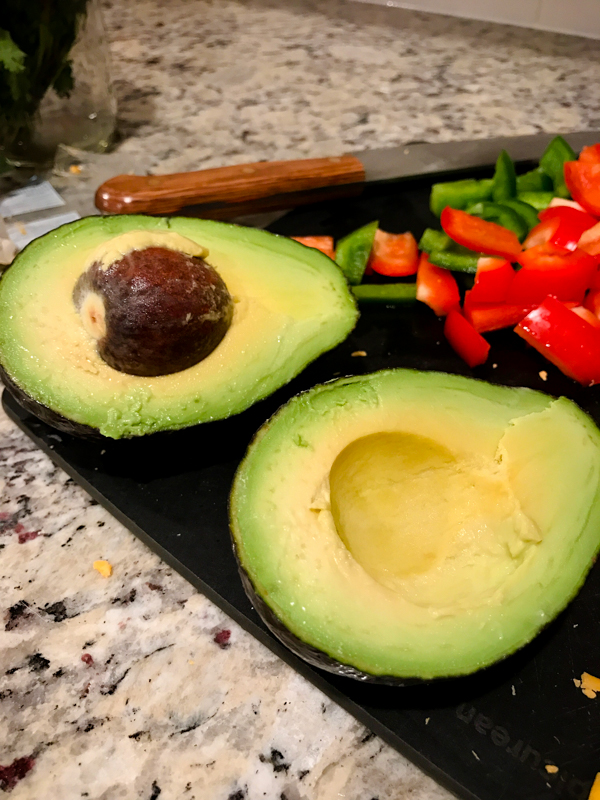 I picked up some more of those great cinnamon raisin bagels from Bodos and had one for breakfast along with eggs and cara cara orange (the best oranges!) 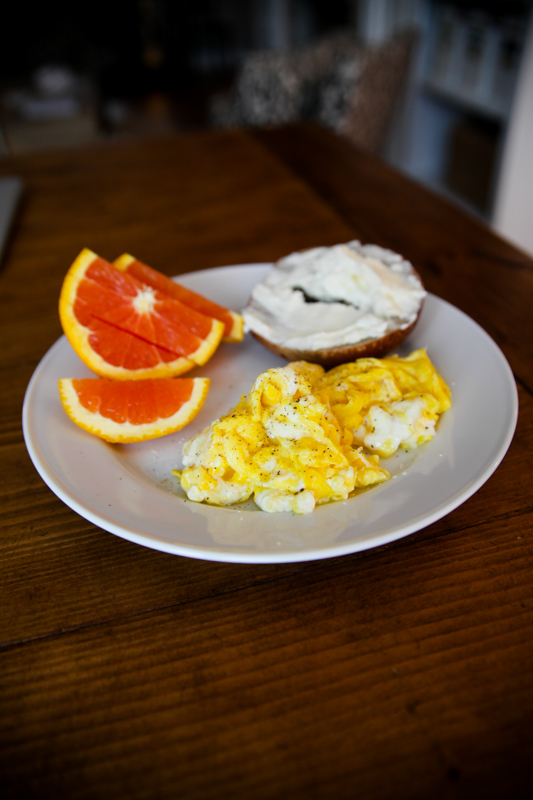 On Saturday I worked on some house projects, and Mazen and I played around for a bit.

Look at this bundle of joy! 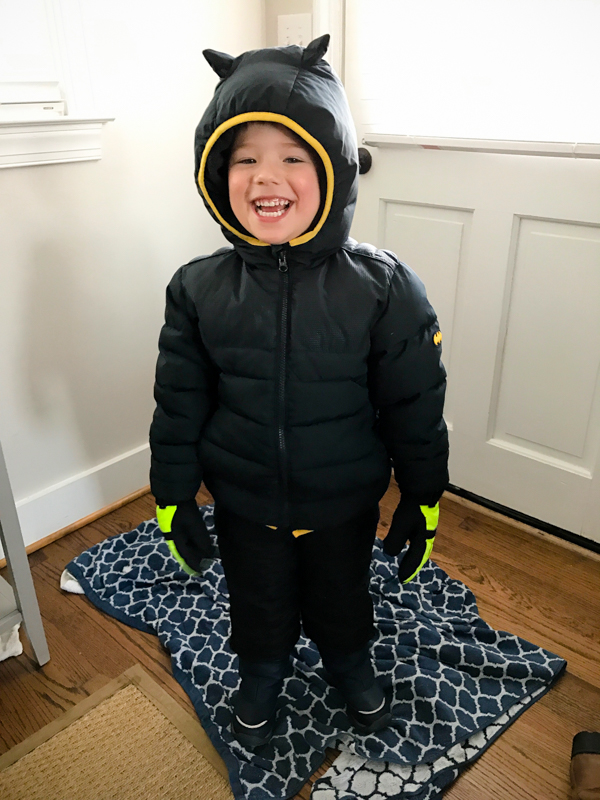 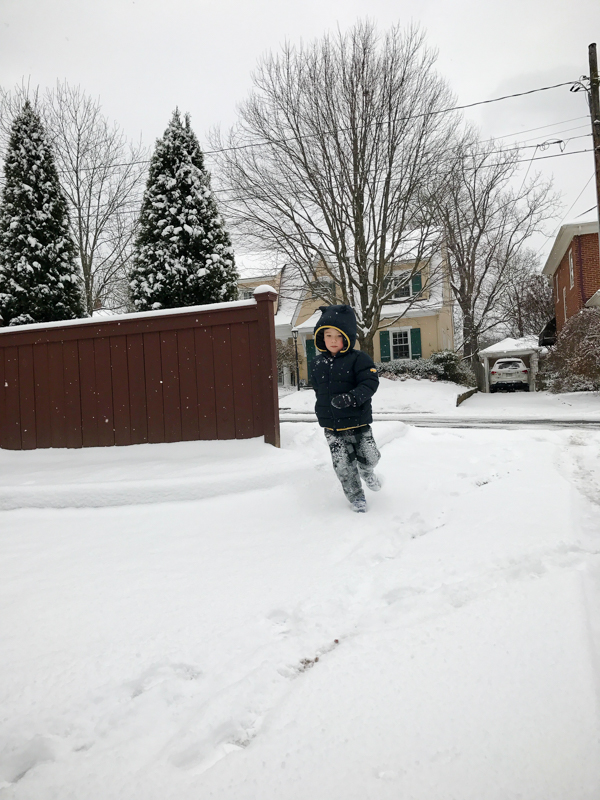 I made some kale chips for lunch, and turned the rest into massaged kale salad. 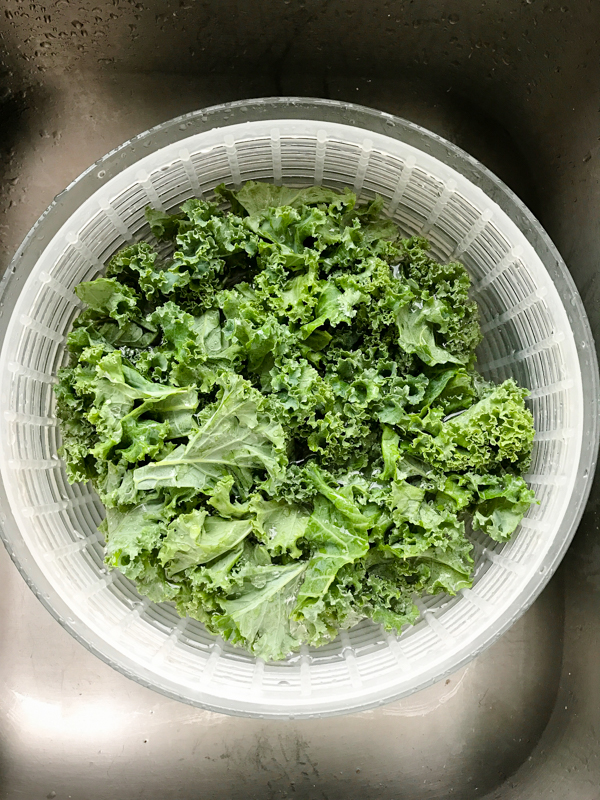 Plus a kickin’ grilled ham and cheese. 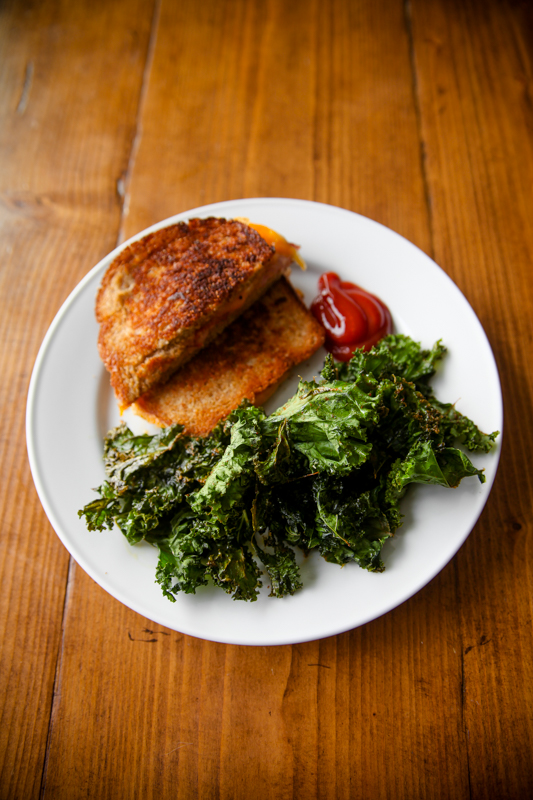 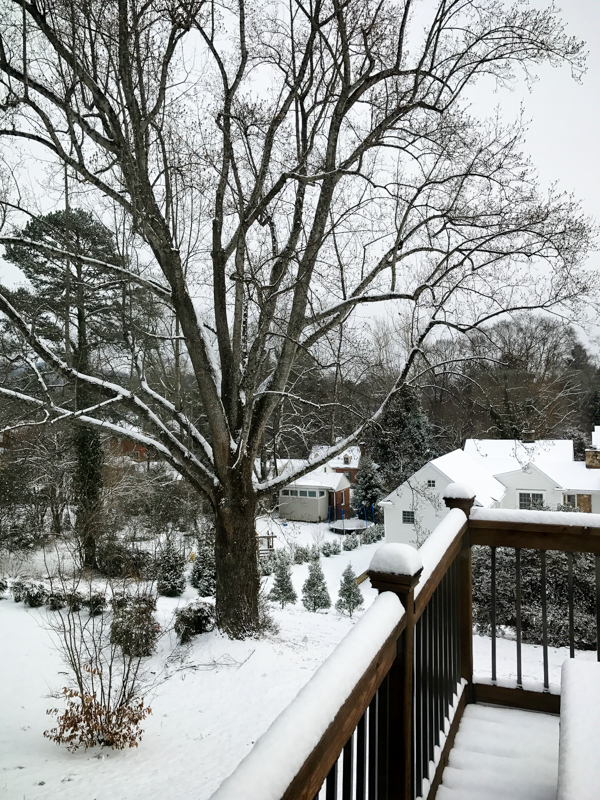 I made this soup for dinner, and it was quite good! 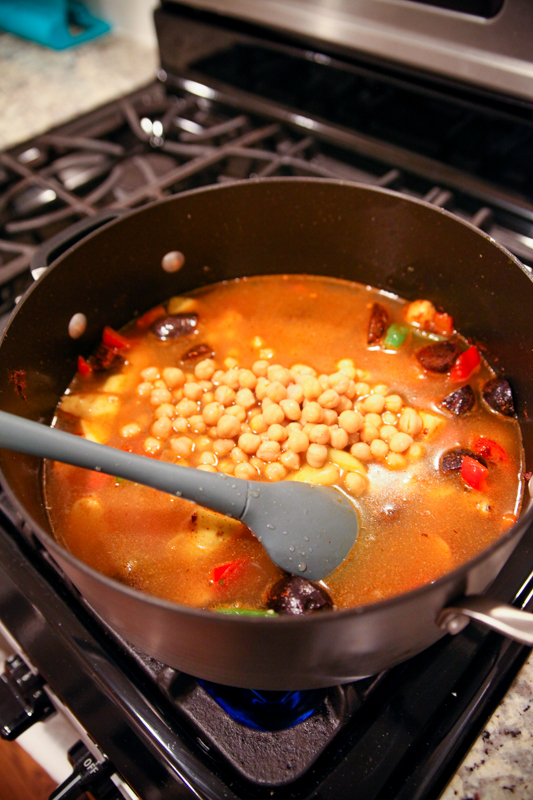 Plus buttery herb toasted pita and a glass of wine. 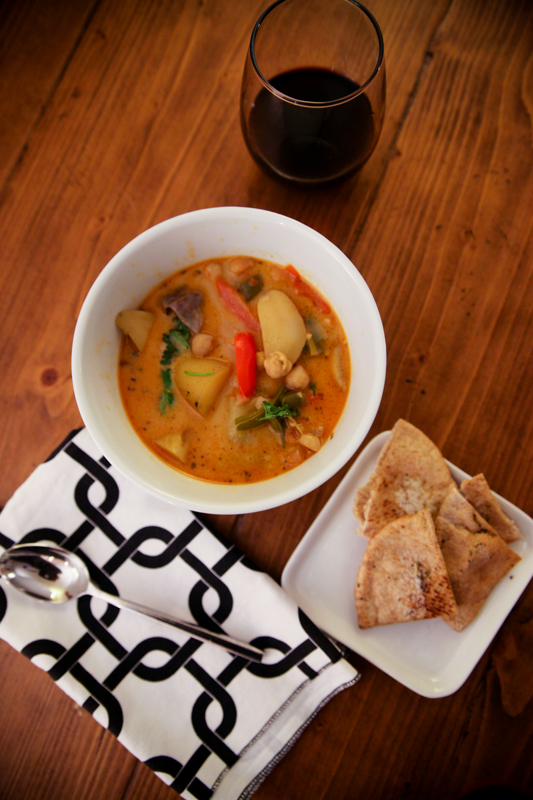 Mazen brought me breakfast in bed on Sunday morning – a popsicle! 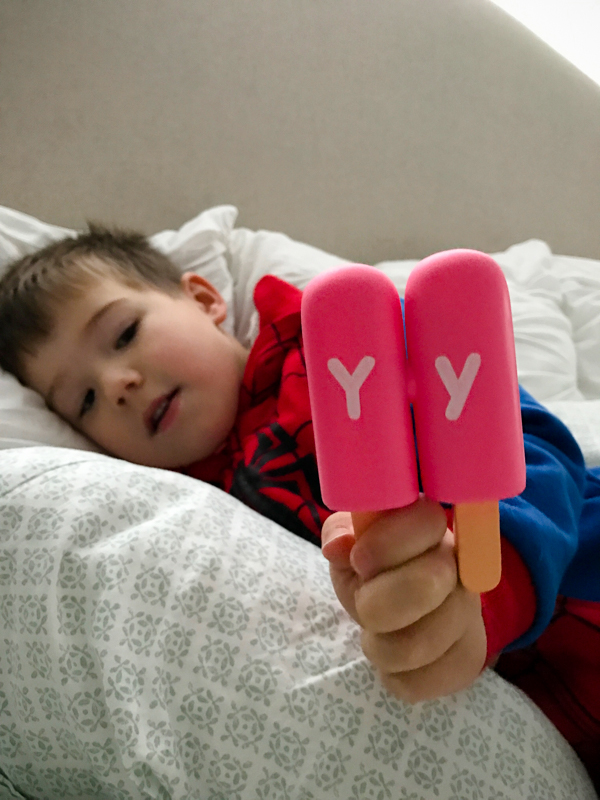 We did a bunch of snuggling and then I made bacon for breakfast. (He recently proclaimed bacon as his favorite food!) Served with another bagel half with cream cheese and more winter citrus. 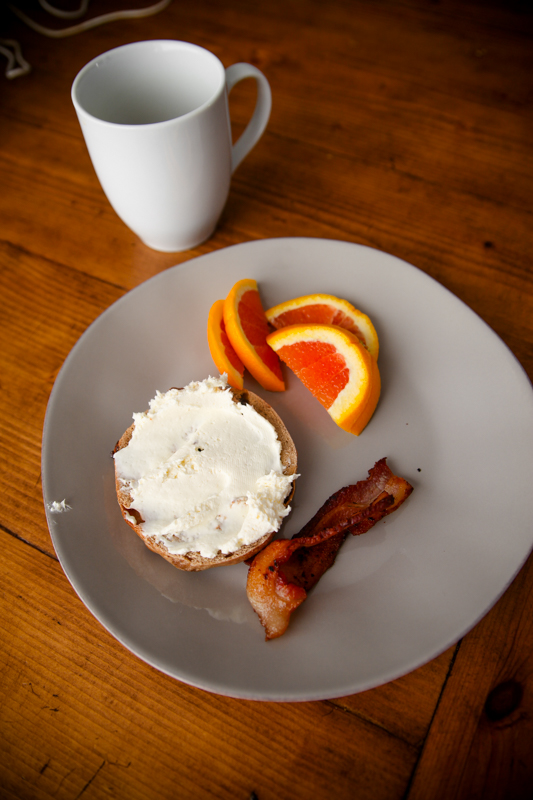 We went to a birthday party at Jump mid-morning, and this picture was taken a second before he hurt his foot getting double bounced. I seriously thought his foot might be broken because he sat out almost the whole party and didn’t want to walk, but when the pizza and cake came out he started acting normal again and was fine the rest of the day if a little slow to walk, so I think he’s ok. It was quite scary! 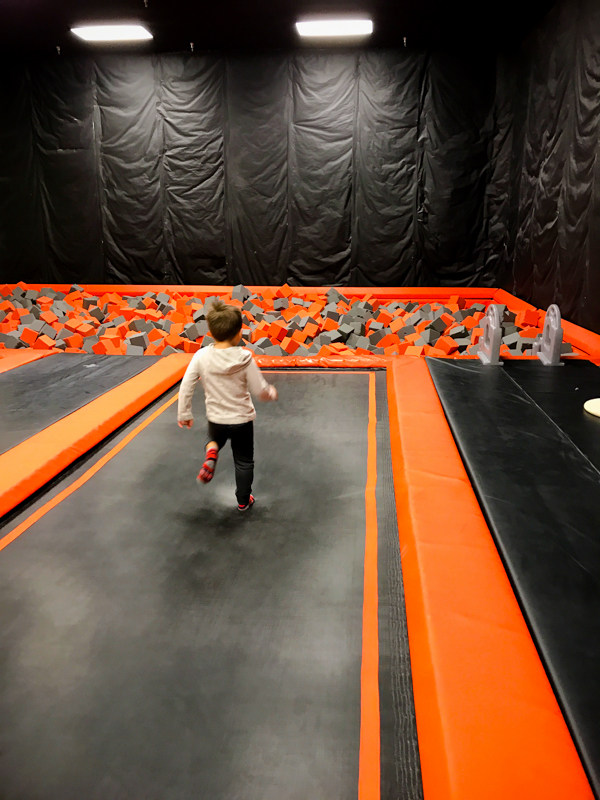 We had one of the coldest weekends we’ve had in ages, so I hope you guys are toasty under blankets out there in blog world!!