It’s so dreary outside, but things are bright and fresh in our cozy house!

Woke up around 8 (which is really late for me!) and had some toast before the husband and I went running from 9-10. My choices for topping were: JIFF (trans-fat), sugary jam (first ingredient sugar, second HFCS) and butter. I went with a little homemade apple sauce instead! It was actually pretty good. 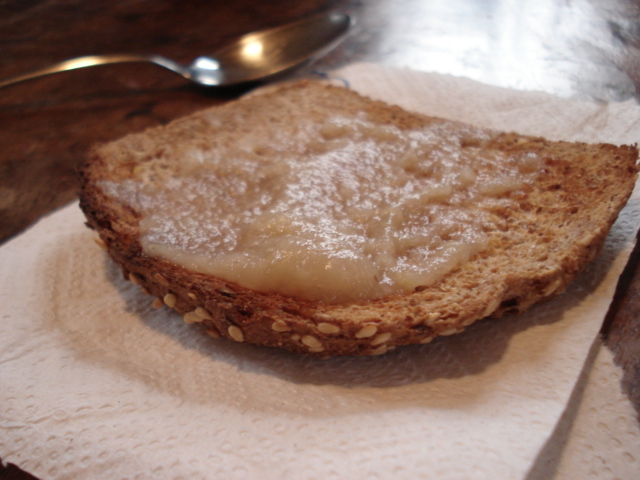 Thankfully we got in our run before the rain hit. We did ~5 miles around my small town, which meant a lot of repeating roads because it’s hard to get in lots of miles when the main town area is only about 6 blocks long! My parents live in Hillsborough, so we saw our share of hills. It was a great way to start the day! 425 kcal burned.

We got back from our run at 10 and by the time we showered and cooked up some oats, it was 11:15 when we sat down for breakfast! We made oatmeal with skim milk (half water), banana, cinnamon, vanilla and some walnuts. I had a little more walnuts than normal because I didn’t have PB. Oatmeal always tastes different at my mom’s house! So strange. I also had a cup of hot tea. Breakfast calories: 487 (including toast). 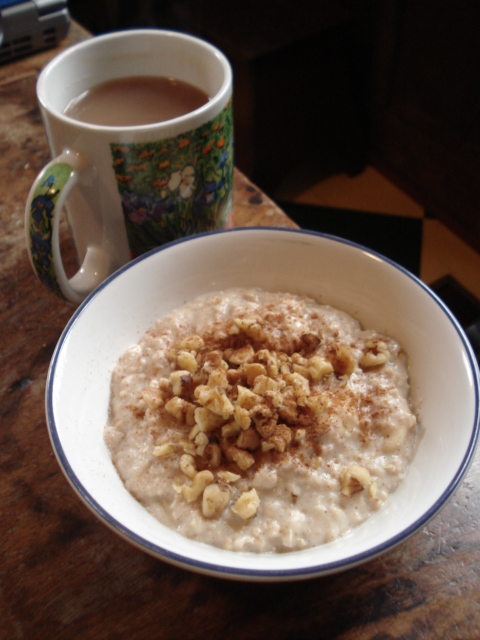 Spent the morning making bourbon balls (I didn’t even have one, but I did lick my fingers when I was done 🙂 ) and pittering around.

Finally around 2 we decided to have sandwiches. These were SO delicious!! Nature’s Own 12-Grain bread (which is made with whole wheat but the third ingredient is brown sugar), so it was soooo sweet and nutty! 3 oz deli ham and turkey, 3/4 oz avocado, 1 small slice hot pepper cheese, jalopeno pieces, tomato, oregano and honey mustard. All toasted in the oven!! 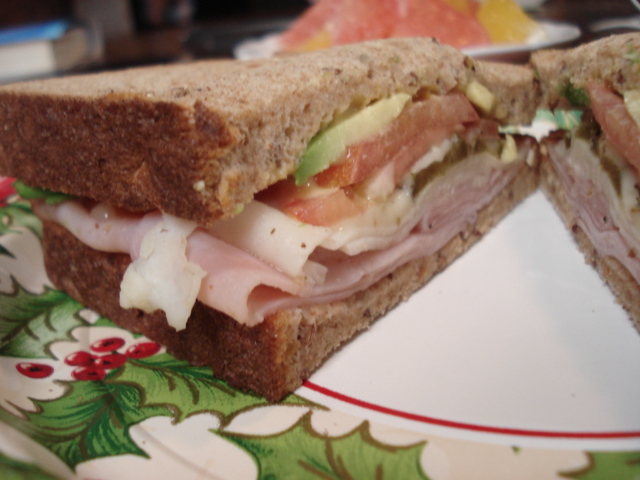 I also had grapefruit and orange sections and a diet soda: 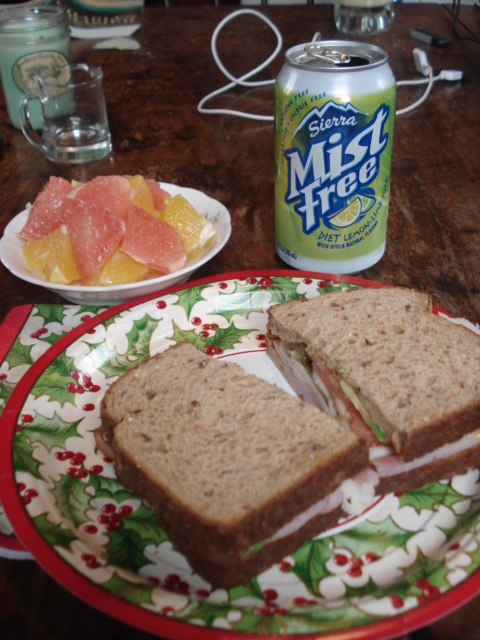 And for dessert – a single bourbon ball. Yum! I did the math on these (entered in the ingredients and divided by 93 balls) to get 30 kcal each. Not too bad! 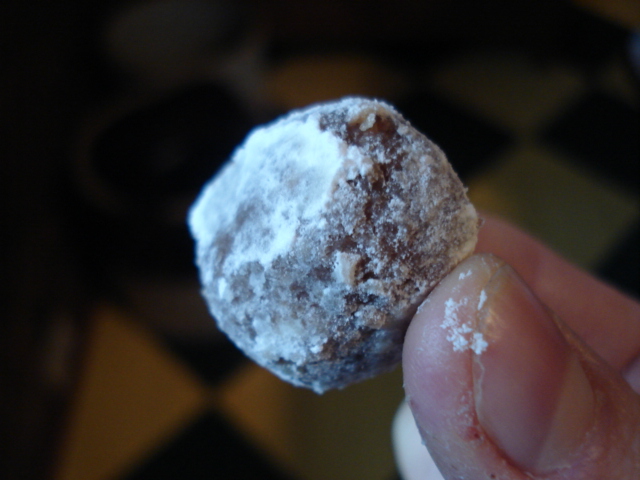 Although it’s raining outside, we’re hoping to get in a walk when this front passes through.

Dinner tonight is fondue. I discovered that the french bread my mom bought has partially hydrogenated soybean oil as the 7th ingredient. I am SOOO torn of what I should do. I have sworn off trans-fats for life (or at least when I know something has them) but I’d hate to miss out on the fondue or have to use regular loaf bread, which wouldn’t be as good. I think I am going to have a small (~2 oz) portion and just suck it up. It’s not like I haven’t eaten them 100 times in my past when I didn’t know better. And hopefully the good fats I eat on a regular basis will keep my body happy.

Also on the dinner menu is a huge fruit salad that I made this morning and a huge vegetable salad. So I’ll fill my plate with fruit and veggies and have just a small amount of fondue/bread. And a glass of wine!

Lastly, my mom wanted me to share this spoon she ordered from the Cheerios box when I was a youngin’. She thought it said “Kath Eats Cheerios” but it only says “Kath Did It.” Sort of cute though, and something I should hang onto to share with my kids one day! 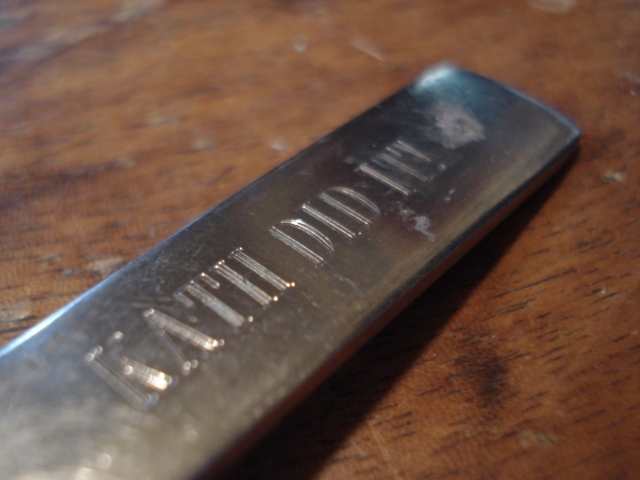