You are here: Home / Real Meals / Having A Dutch Baby 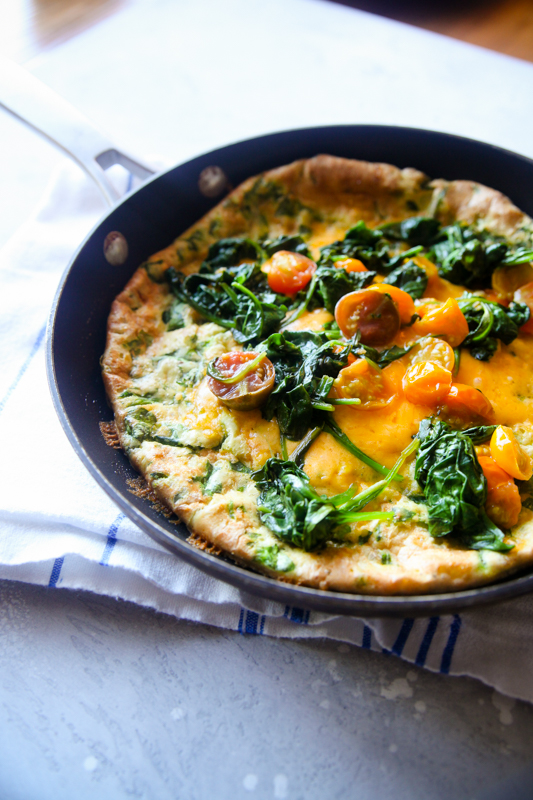 Have you ever made a dutch baby? I saw a recipe for one recently and made it for a simple dinner that was so easy and delicious! The basic recipe goes as follows:

Preheat your oven to 425 degrees WITH the skillet preheating inside (my Calphlon ones are oven save to 450 degrees):

Mix anything you like into the batter – chopped herbs, greens, diced peppers. Mine had spinach!

Pour batter into the pan and bake for ~20 minutes. The “crust” will puff up a lot and will shrink when you take it out.

Add any toppings you like (think pizza meets omelet) like pre-roasted or sauteed veggies, mushrooms, tomatoes, or greens, along with half a cup or so of a cheese of your choice (duh). Then, bake 3-5 minutes more.

The final result is like pizza meets omelet meets quiche! We sliced into four and ate it like pizza! 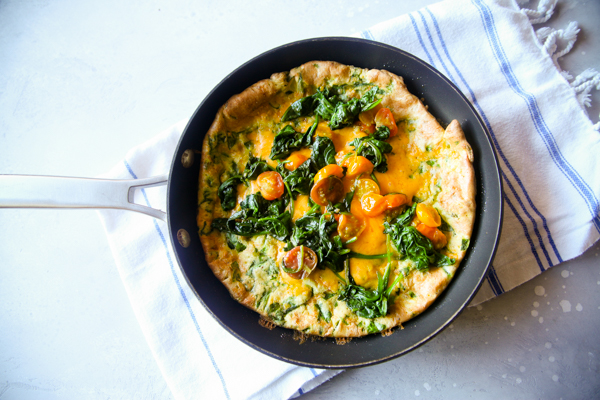 I had the last piece the next day with a salad. Note the peach + mozzarella ball salad combo – heart eyes! 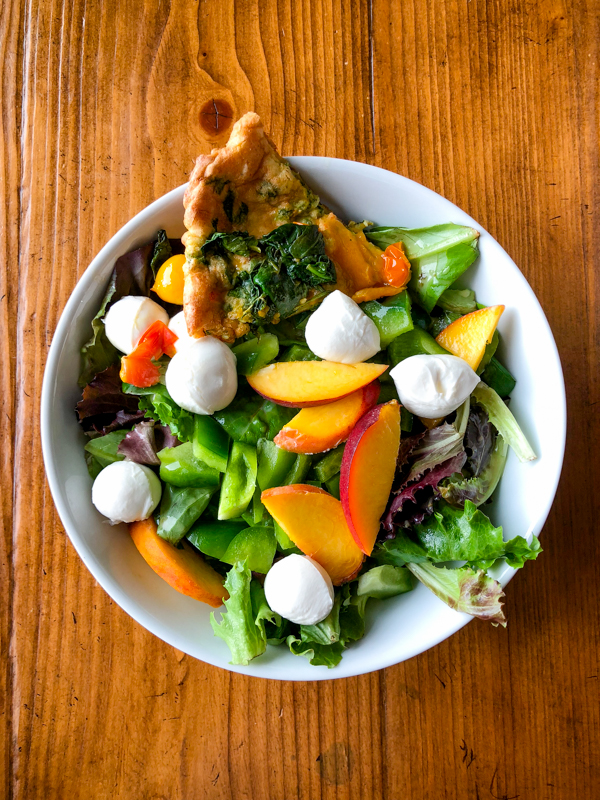 Look what I found at the bottom of my workout clothes – my soccer jersey! She still fits : ) 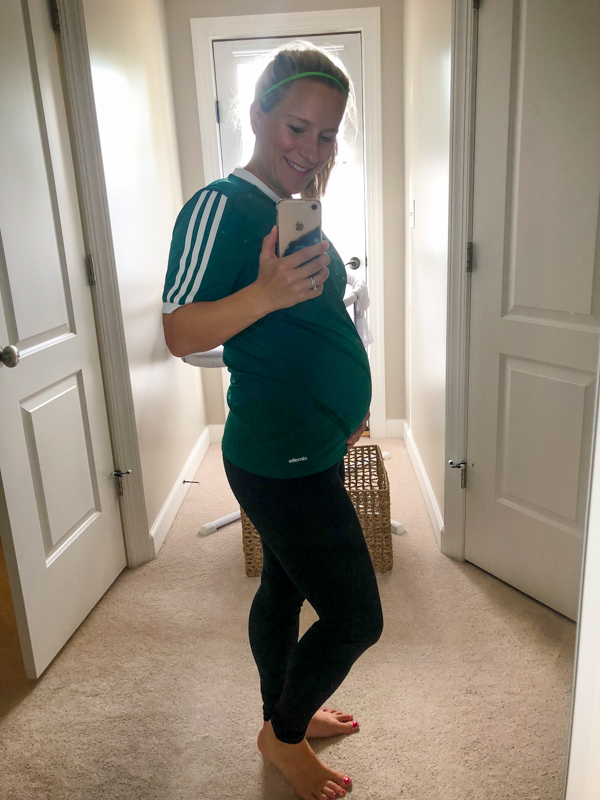 How long till you think I’ll be back to this? When I had to quit soccer at 10 weeks, I was quite devastated. Soccer was such a part of my life and it was so weird to go from playing every weekend to nothing. But recently I haven’t given it much thought other than getting jealous going to watch Thomas play a few times. But seeing this photo has me SO excited that my sabbatical is nearing its end. While I won’t be playing on a team this fall with a newborn and healing to do, technically I could play some light pick-up later in the year, and I am hoping to join an indoor team this winter starting in January. (Indoor is much less intense and the games are short so it would be a good way to ease back in.) I know with breastfeeding and sleeping and all the focus that comes with having a tiny baby joining multiple teams like I used to isn’t in the near future, BUT it’s something to look forward to with time! I joined my first team when Mazen was just about a year old, so while I might have another year to take it easy, I do hope to get back to it sooner rather than later, especially women’s league where babies on the sidelines are the norm. 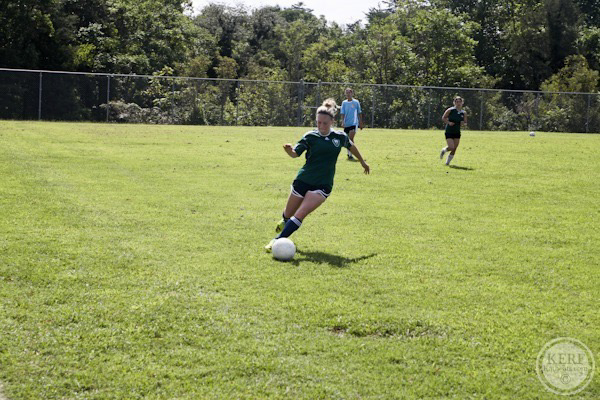 Mazen used to call for me from the sidelines until I came off the field. This fall I will be cheering HIM on as he starts his first big boy team! 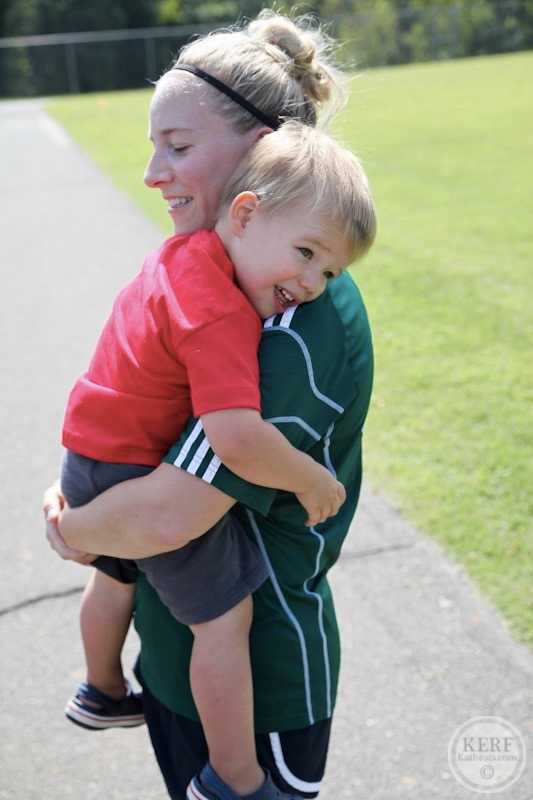