What fun it was to have dinner as grown ups with real friends !! Thanks to Michelle + Ben and Ashley + Lukasz for the fun dinner!

This afternoon I started getting pretty hungry around 3:30 but had a workout looming that I didn’t want to spoil with a heavy snack, so I had a Kashi Peanut Butter Bar , which I knew would be light on my stomach – 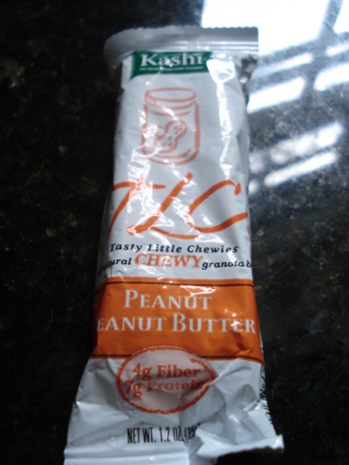 The husband and I ran 2.5 miles to the Y, did 20 minutes or so of weight lifting, and ran home.

We arrived at Carpe Diem a few minutes early and the husband ordered a Manhattan while we waited (just a few minutes) for the rest to arrive. I had a few sips. LOVE Manhattans! 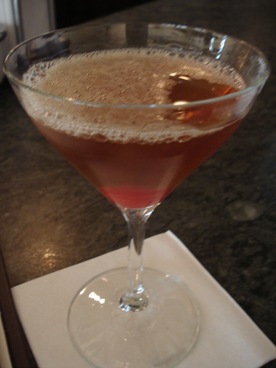 I ordered a blend of tempranillo, granache and cabernet. Marvelous!!! 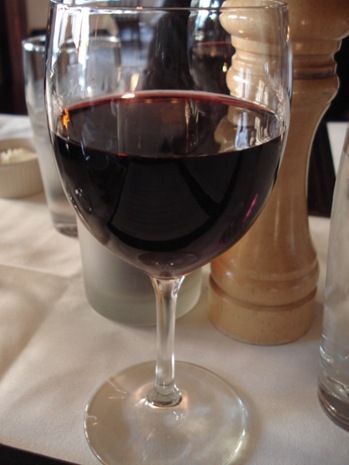 The first round of bread was good, but the second (right out of the oven!) was even better. I had about 3 small pieces total – 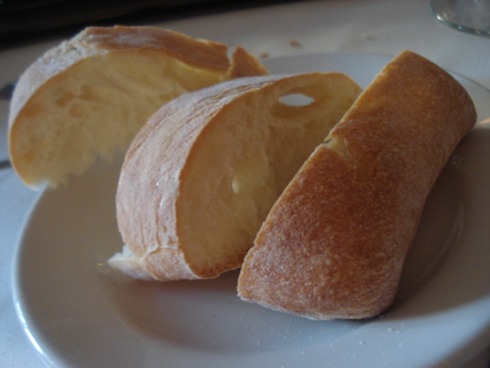 I ordered a house salad to start, which came with beets , carrots , pumpernickel croutons and bacon-carrot dressing on the side, which was A.mazing! 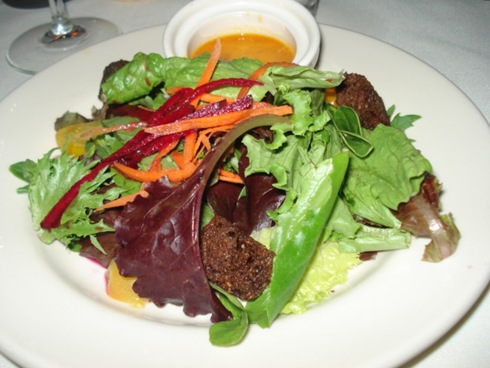 The husband ordered Beef Carpaccio. I had 2 bites – also A.mazing. 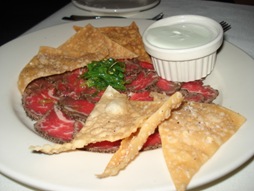 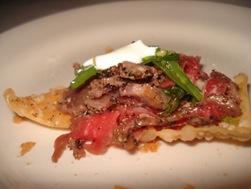 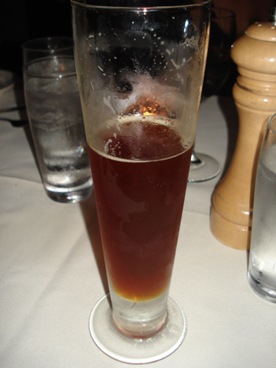 We had banana sorbet come before the entrees!! LOVE restaurants with complimentary components!! 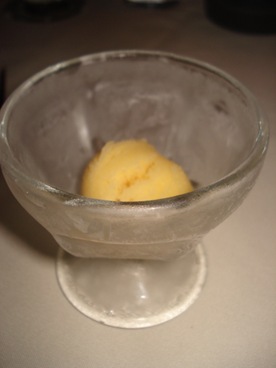 For our entrees, the hub and I split the Shrimp Couscous with black-eyed peas, tomato , collard greens , parmesan (and more?). Yum!! Perfect portion as a split. 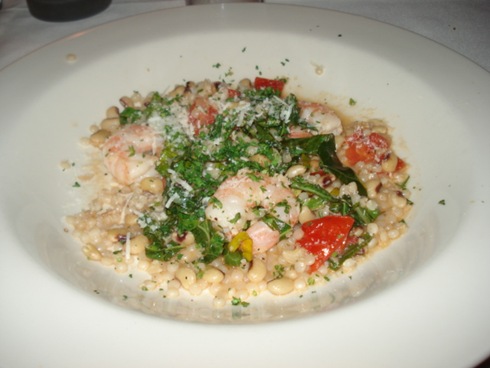 I shouldn’t have gotten a second glass of wine, but I had some help. 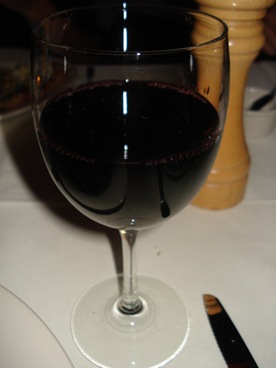 And I tried Ashley’s Pizza with feta, artichoke, olives, spinach and more! (This was a tiny piece, zoomed in). 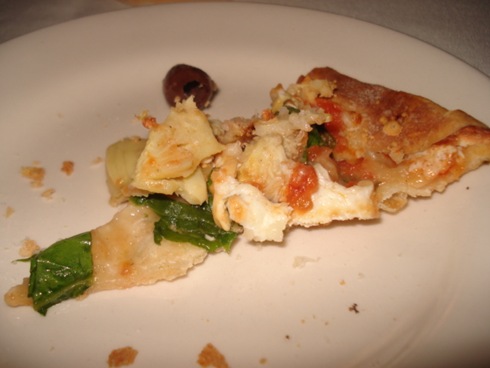 Michelle had a recommendation from a friend to try the ice cream store next door. Despite the fact that we went for ice cream last night, who could turn down an ice cream shop with friends!?

I must have sampled 6 different flavors before I decided on the Cappuccino . SO good. The husband got a PB&Chocolate milkshake and I had a few bites of that as well. In fact, we’re sort of in a fight right now because he said I ate too much of his shake. Whatever! 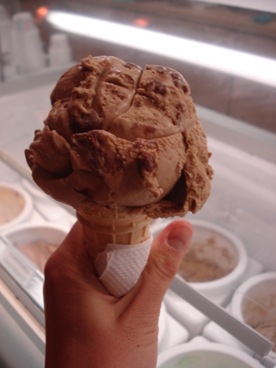 The girls were in the process of getting our photo taken…(Ashley, Michelle + me)….when 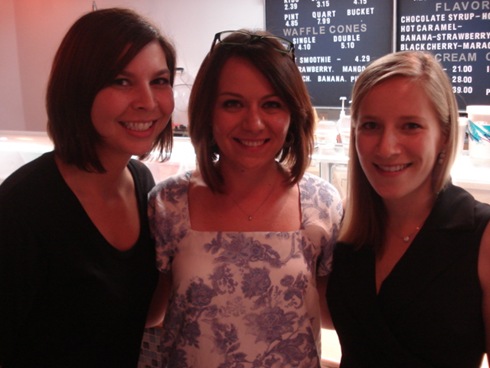 About 5 girls we knew from Davidson came in.

Followed by another girl who looked at me and said "Oh my gosh you’re Kath; I read your blog!!"

Turns out she found my blog while searching for a recipe on the Internet and has been reading for a few weeks. She also happened to go to Davidson, but that seems to be pure coincidence because she found it organically. SO COOL!! I’d say it was my first 100% random celebrity sighting, although it was confounded by our Davidson friends who showed up simultaneously.

So here we are with Mejin , "which rhymes with Region" on the right!! 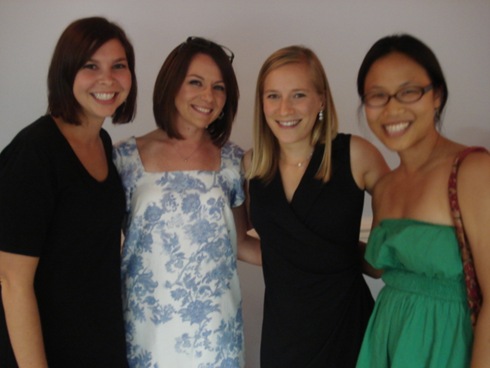 What a fun night!