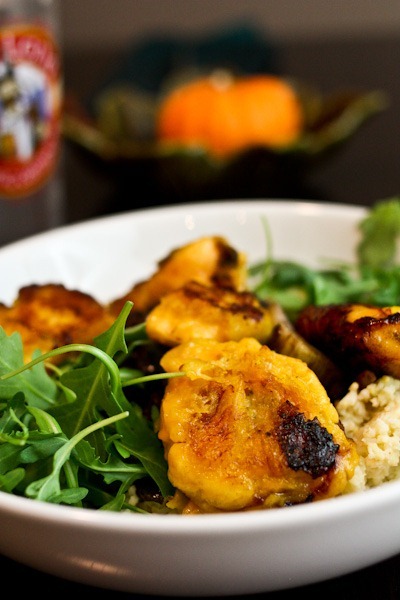 Something was off in my brain today. Blame the rain or the hormones – it’s usually one or the other! I was in a funk where I couldn’t focus and snacked all afternoon.

First on this incredible bowl of pumpkin mixed with plain yogurt and topped with Peanut Butter Hungry bar – then on some bread and a few pieces of chocolate! 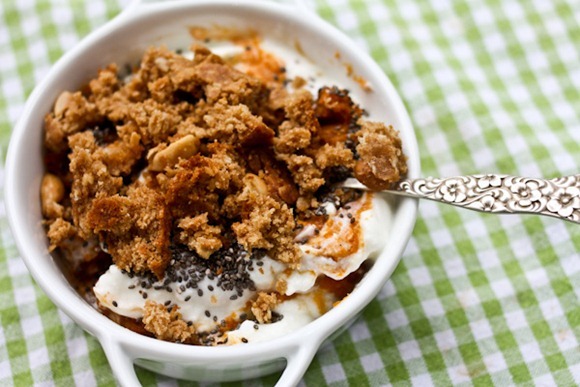 It almost spoiled my dinner, but when I started cooking my appetite returned! 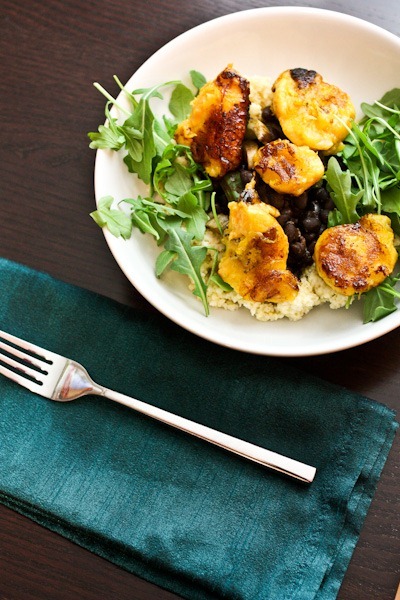 I made Coconut Millet with Caribbean Black Beans and Cinnamon-Spiced Plantains! 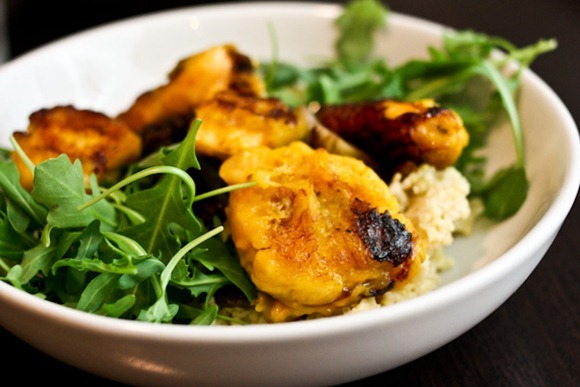 I found these plantains on sale for $.54! Not sure who was more excited about this: me or the fruit flies that won’t leave my kitchen!!! 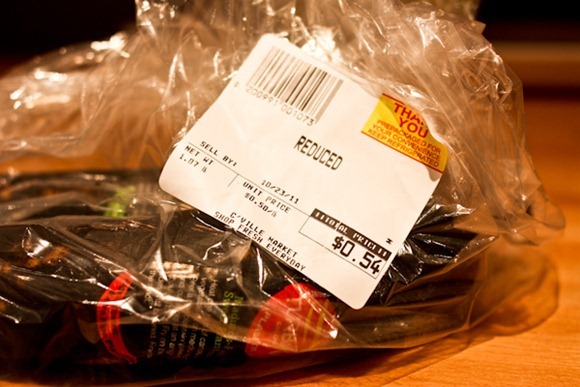 I’m sure some people would have thought they were rotten but I know that black = sugary sweet banananess! 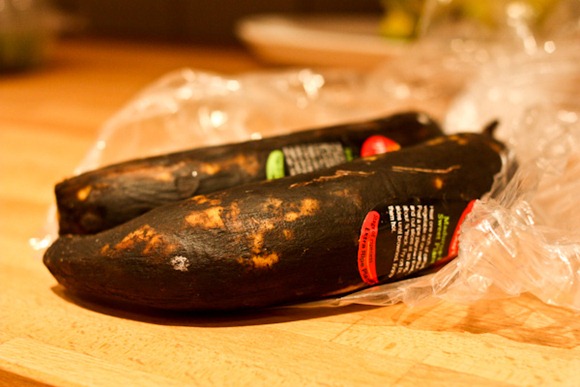 I got some millet cooking in 1 cup water and 1 cup coconut milk, plus salt and simmered for about 40 minutes 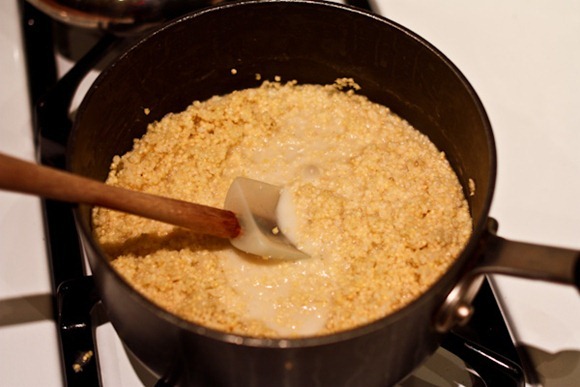 And in pot #2 I put a lightly drained can of black beans along with green peppers and celery plus a dumping each of chili powder, cumin, cinnamon and smoked paprika. Simmered for 20 minutes or so. 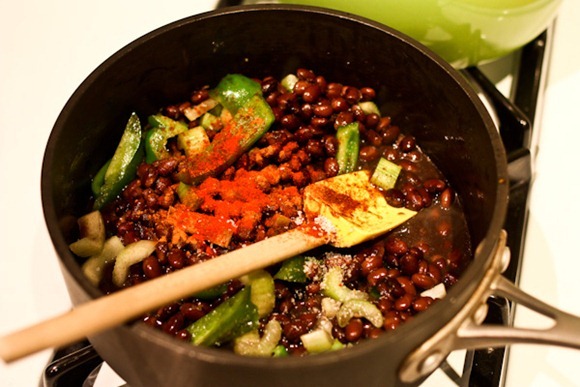 And then Matt came home and we tackled the plantains. He wanted to do a traditional brown-n-mash style. 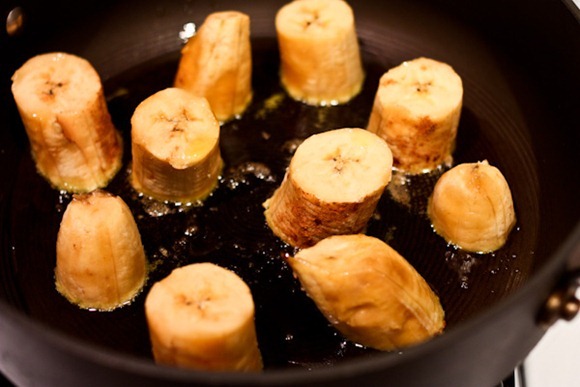 Flippage when they started to brown on the bottom 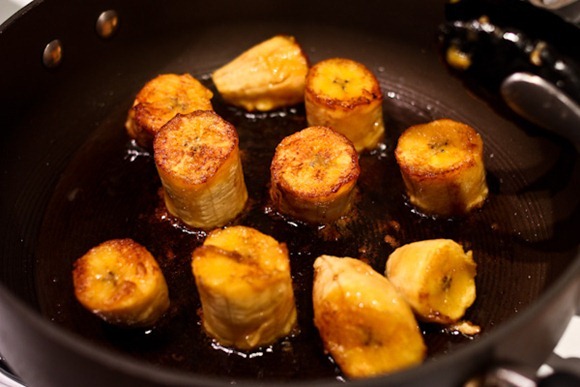 When they had softened and browned, we moved them to a plate 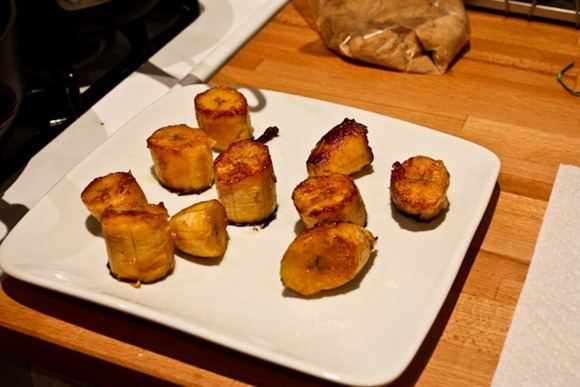 And smashed with a wooden spoon 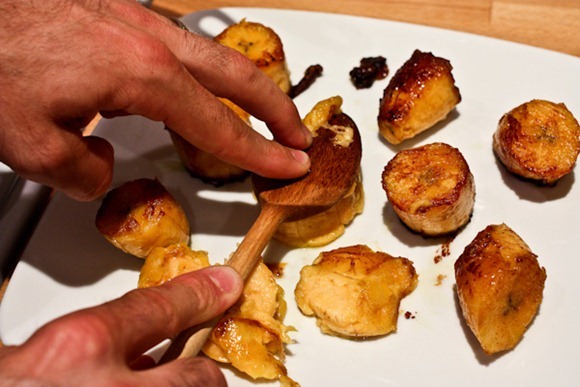 Back in the pan they went for a shorter round 2! 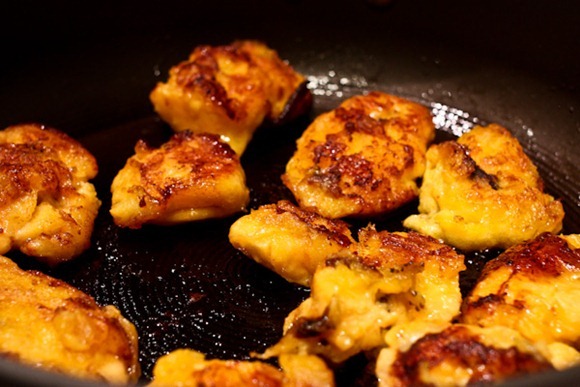 Served atop the millet and beans, with a side of arugula, YUM! Might as well have been dessert! 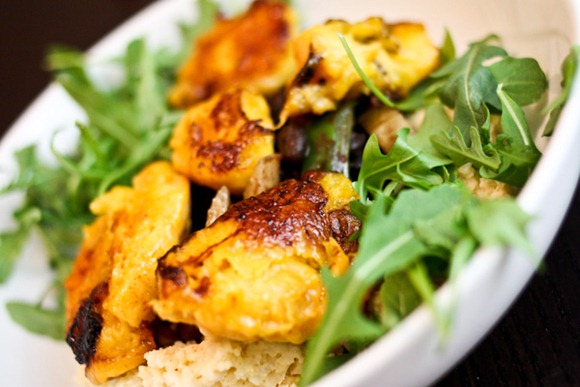 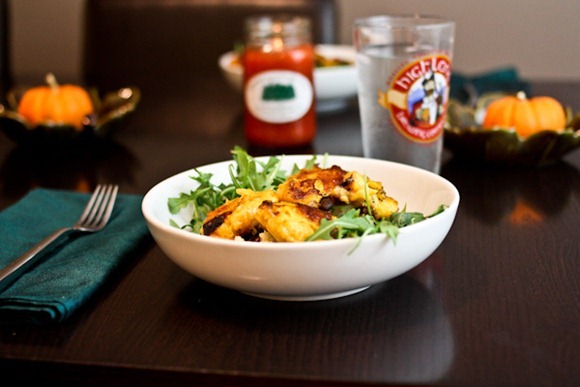 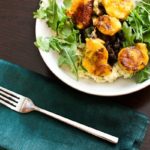