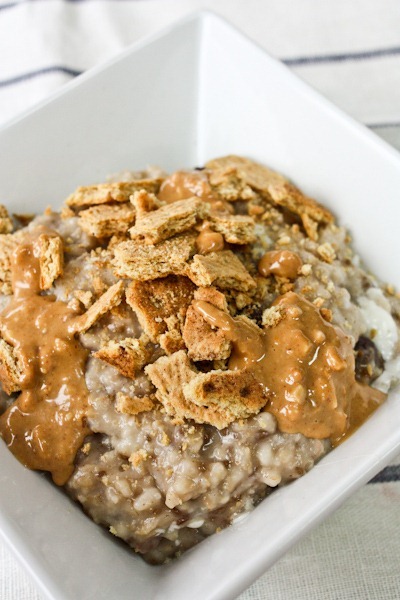 I woke up to SMELLS this morning. Luckily they were good smells. Cinnamon and oats, bubbling away. 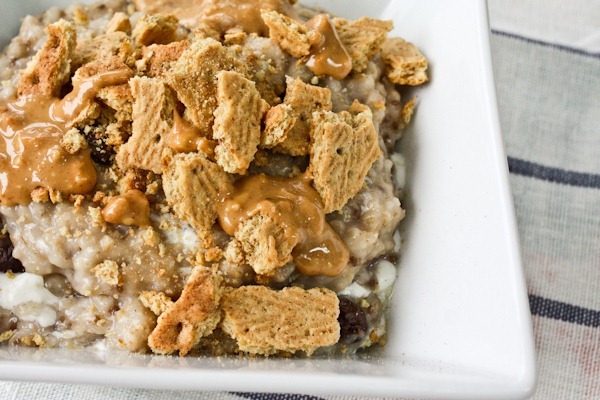 Giant bowl of rice cooker Coach’s Oats with chia, banana, raisins and stirred in cottage cheese. Topped with a graham cracker and Whole Foods peanut butter. I had a craving for the old fashioned kind and boy is it good. Love the texture of the Whole Foods too because it’s drippy for spreading! I have GOT to make my own nut butter again – just have to remember to put almonds and/or peanuts on the grocery list! 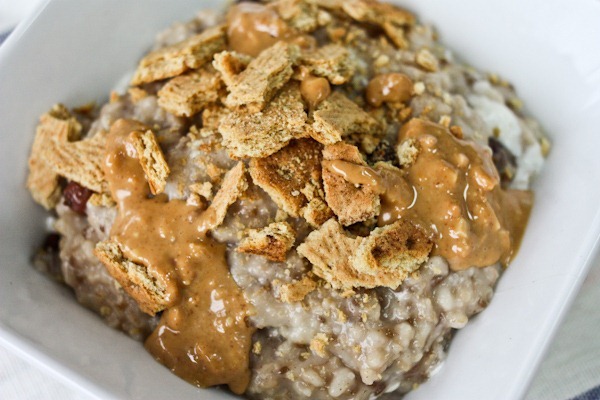 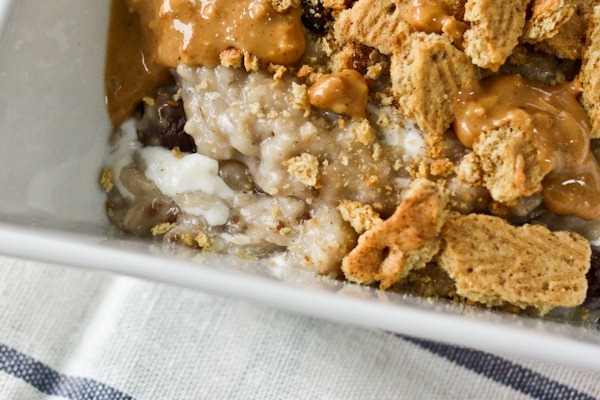 Consumed in bed with my book. And drowsy husband waking up beside me. Another great thing about rice cooker oats: one can take a single portion out and keep the sleeping partner’s portion warm! 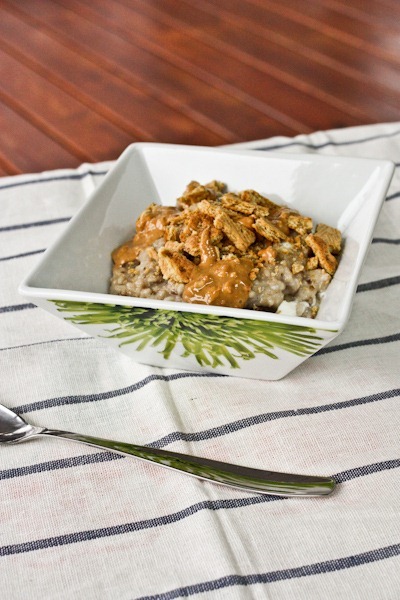 As much as I’d like to, Matt and I have decided NOT to spend the entire day watching LOST. We’re obsessed with the series (clearly) but we are sick of sitting in front of the TV. Our weather isn’t that great, but I think we’re going to go for a run and then figure out some shopping to do.*

*I say figure out because we don’t really need anything so we shouldn’t spend too much $!

Super Bowl at Sara’s tonight! Despite my Giant title, I think I’m going for the Patriots. Because I was born in New England and all!