You are here: Home / Lifestyle / Get Up And GO!

I woke up at 7 this morning to drizzling rain. Not much fun for a Sunday AM run! I tended to my emails, emptied my Google Reader, and checked in on Twitter….laid there for 45 minutes debating if we should cancel the run or not! I pretended I had a race I was training for and imagined myself getting wet. Nothing was working.

Finally Matt woke up and I asked him if he still wanted to run. "Nah" he said. "Can we go later this afternoon instead," I replied? "That sounds worse. Let’s go now."

So after all that, we actually WENT!

I was hesitant to leave the porch… 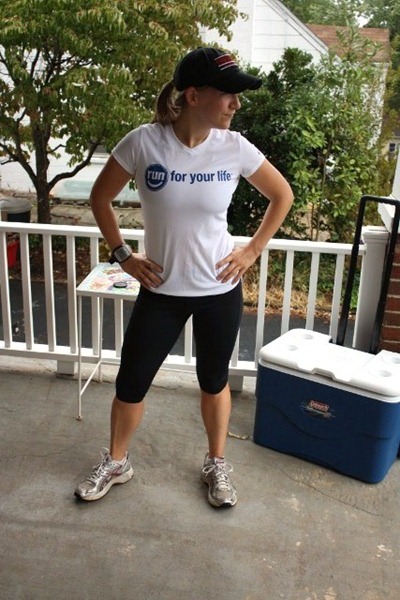 But I ate a date and we were off. It was a fantastic 4 mile run. And then rain held off!

I could have kept running, actually, but we made it back to our porch and called it a day. 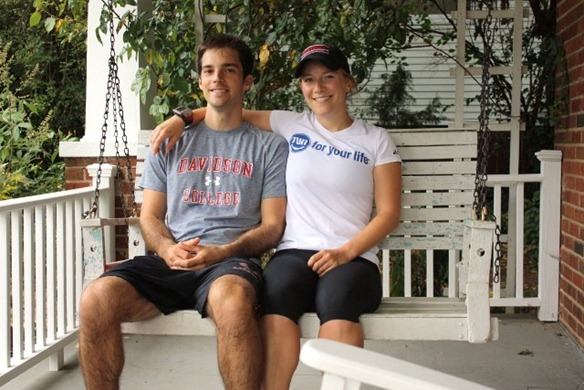 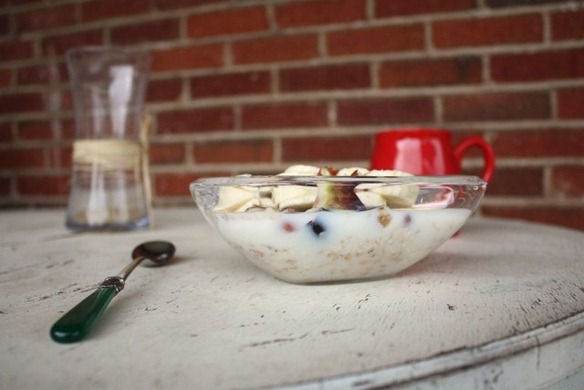 Used up one of my first samples from the festival yesterday. I liked this guy – it had a lot of texture variety and was on the lighter side (110 calories for 2/3 a cup with 3g fiber, 2g protein and 7g sugar). However it was actually a little too sweet for me. And it was a bit like eating air! I would have 1.5ed the portion if I had more. 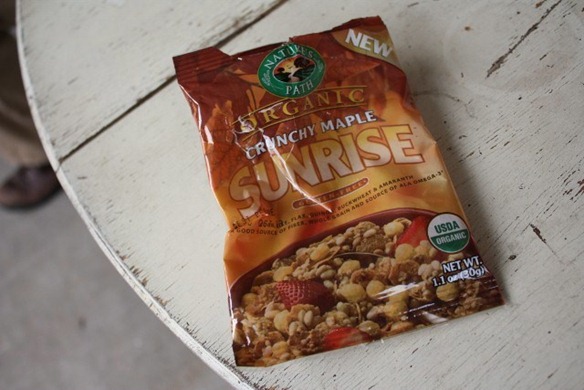 I mixed the packet with about 2 tbsp raw oats and 1 tbspish buckwheat kernals to bulk it up a bit and dilute the sweetness. Plus a small banana and 2 fresh figs that I found at Whole Foods!! Oh, and a small handful of chopped almonds for some more FAT! <– the key to satiety for me. AND a cup or so of organic skim milk! 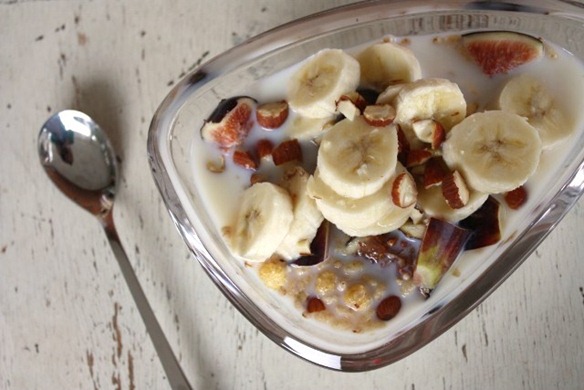 No idea how long this will hold me over. I’m guessing I could get 3-4 hours vs my normal 4-5 out of it. But since I didn’t eat breakfast until 9 and lunch is probably 12-1 I should be good. I have to remind myself sometimes that I can always have a snack! 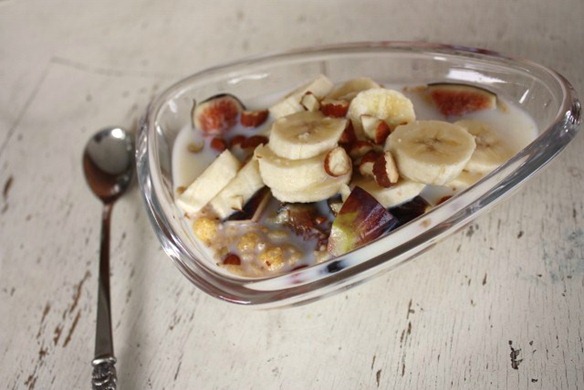 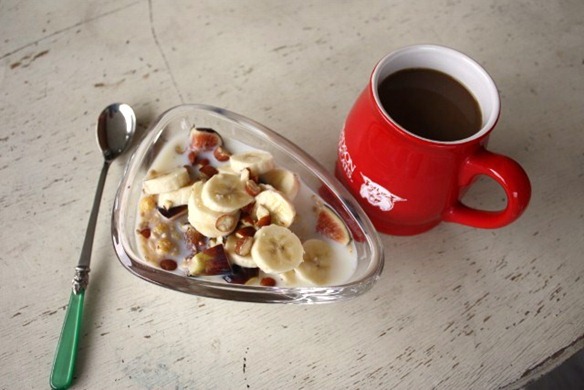 In an hour we’re headed to the Foxfield Horse Race! I have had very bad experiences with horse races in the past. We used to go to the Carolina Cup in Camden, SC in college. The first year I went I was on crutches after my foot surgery – it was AWFUL!! I had to walk a mile on them and use the porta john. 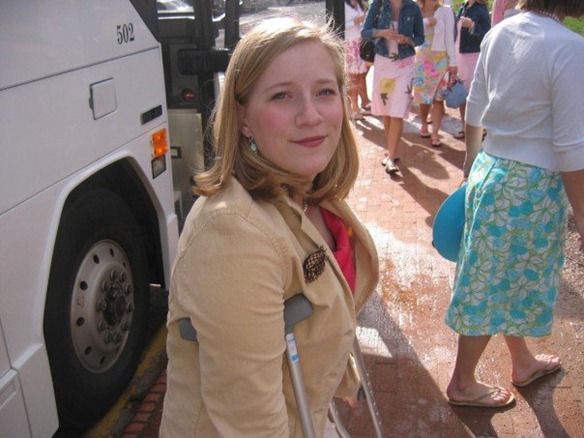 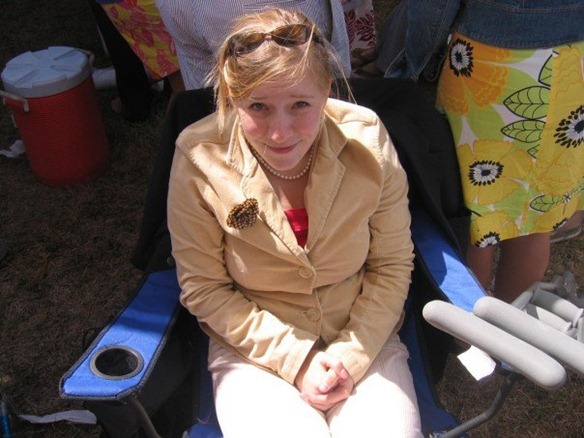 The next year we went was a bit more fun, but we had a major bus issue that made the ride last 3 hours longer than it should. I vowed I’d never go to another horse race!

[That is indeed seltzer and not some kind of vodka mix!] 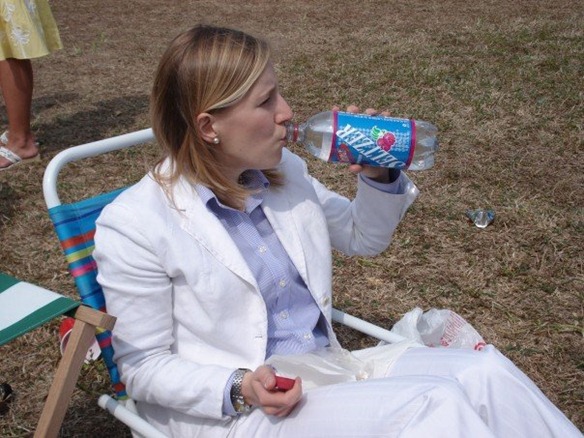 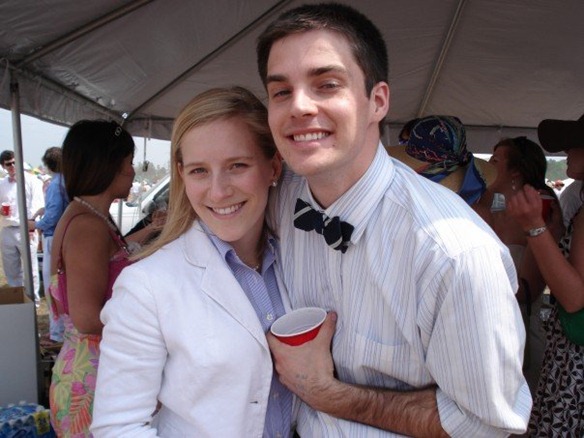 Pretty sure this is Matt standing on a keg drinking 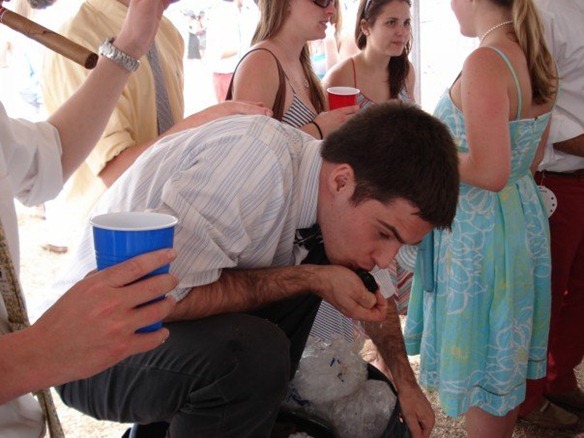 So this year – it’s cold and raining!! I have such bad luck. We have good food planned and Karen’s excited, so I will be excited too 🙂