You are here: Home / Weekend / Fueled By Soda Bread 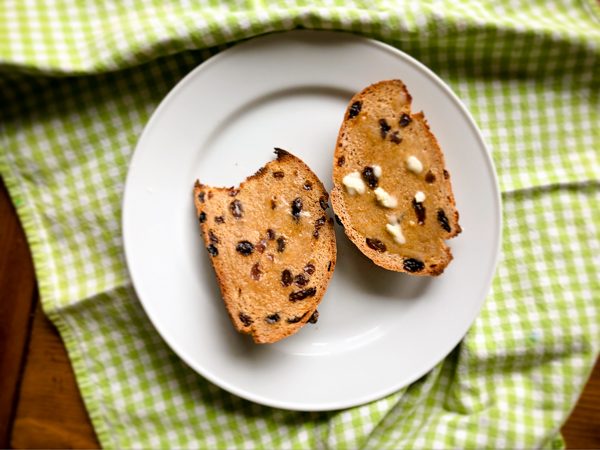 Soda bread: My favorite bread of the year! I waited too long to go over to Great Harvest to pick some up. I should have been eating it all month!

On Friday night, ACAC had one of its Friday Fitness Mixers with a duathlon, apps, and drinks. Here’s me after sprinting two miles wearing like 5 layers of jackets due to windy, cold temps! 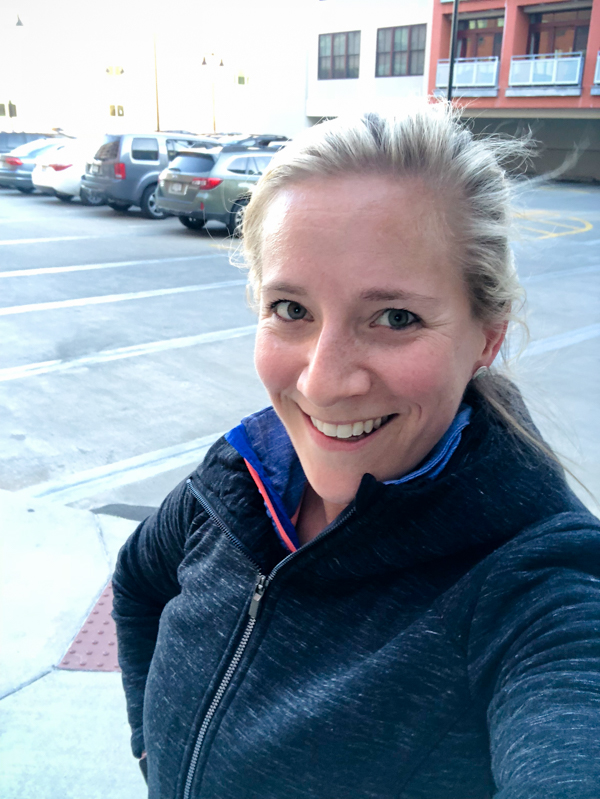 I shed my outer layer for the indoor cycling part. We biked 6 miles as fast as we could – and, boy, was it hard! I was out of breath the whole time. We had a leaderboard where we could track our bike number, speed, and distance, so it made it really fun to try to pass people and stay ahead of other bikers. The duathlon ended with a final sprint mile, and I was so tired at the end! 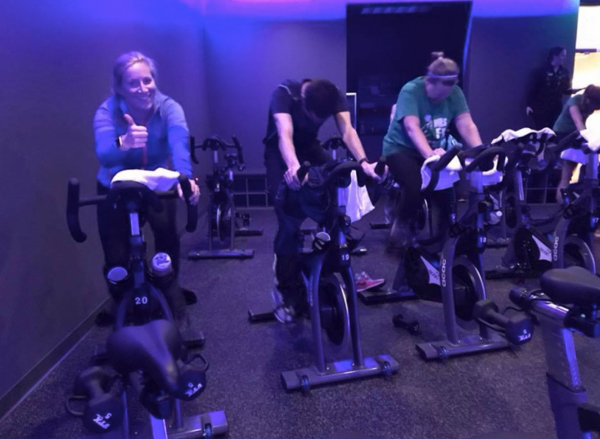 Luckily Lynsie and the VIE team had prepared St. Paddy’s themed apps for us, like this amazing corned beef and cabbage with a Dijon cream! I had a few of those. 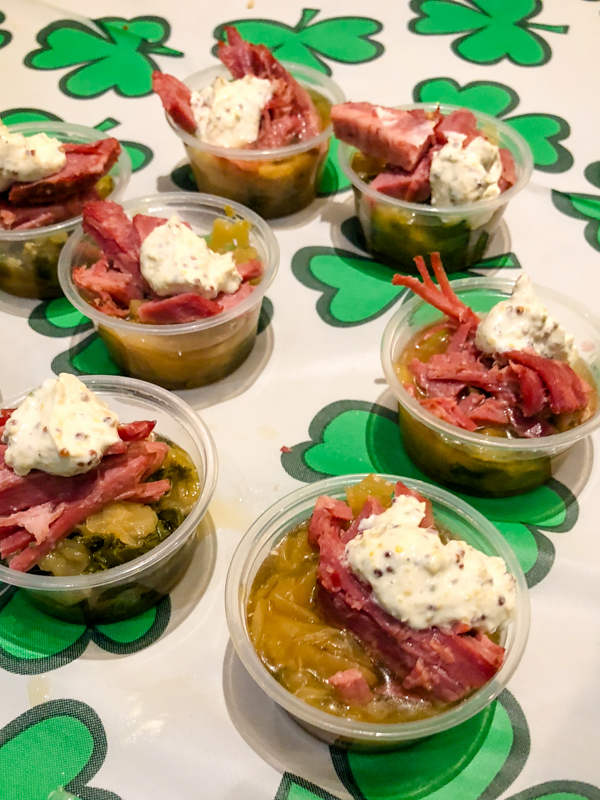 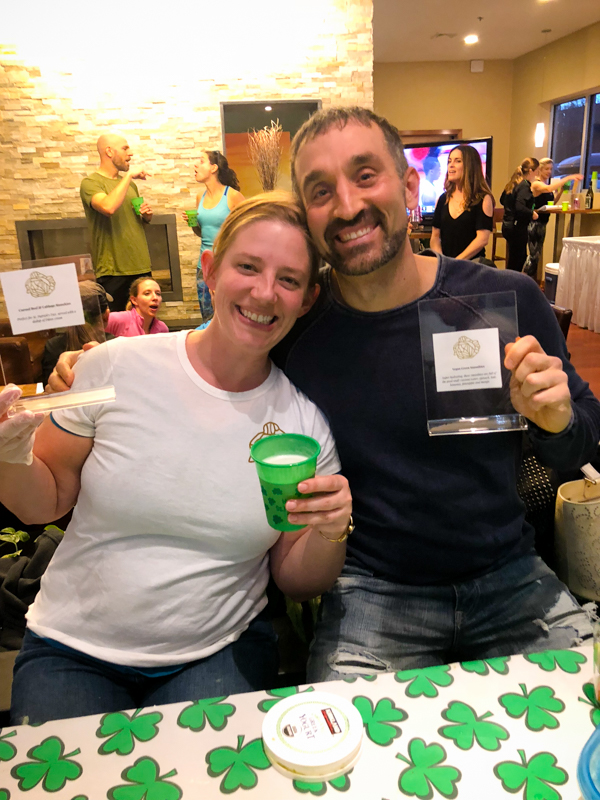 After the event, we headed to Three Notch’d with a group for more substantial food and drinks. 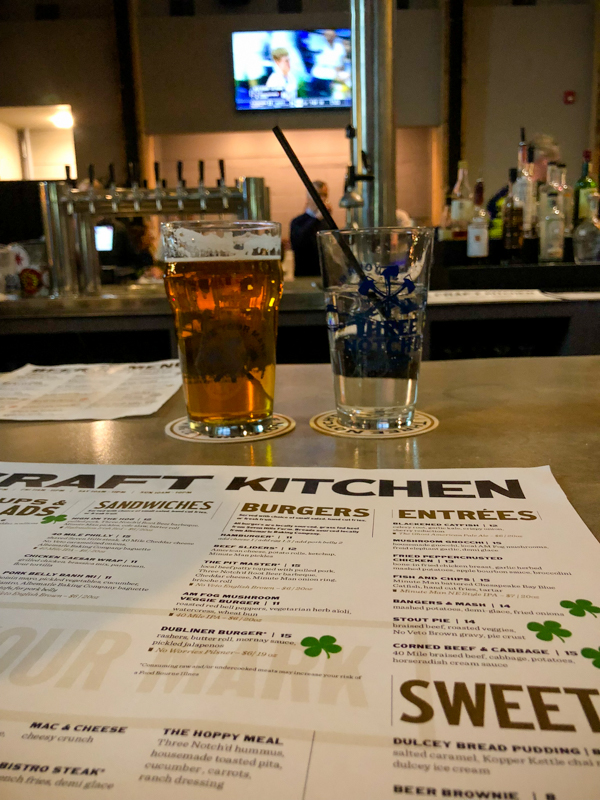 Thomas and I shared a pretzel bites. 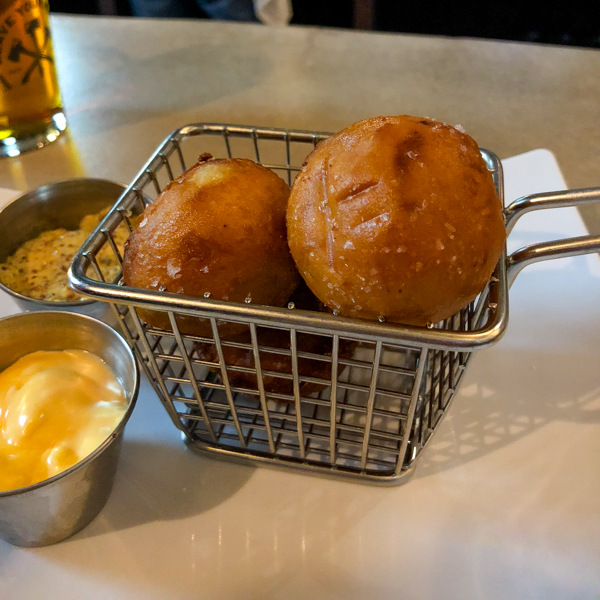 And having already eaten some apps, I went with the Cheddar Potato Ale soup, which was SO good! 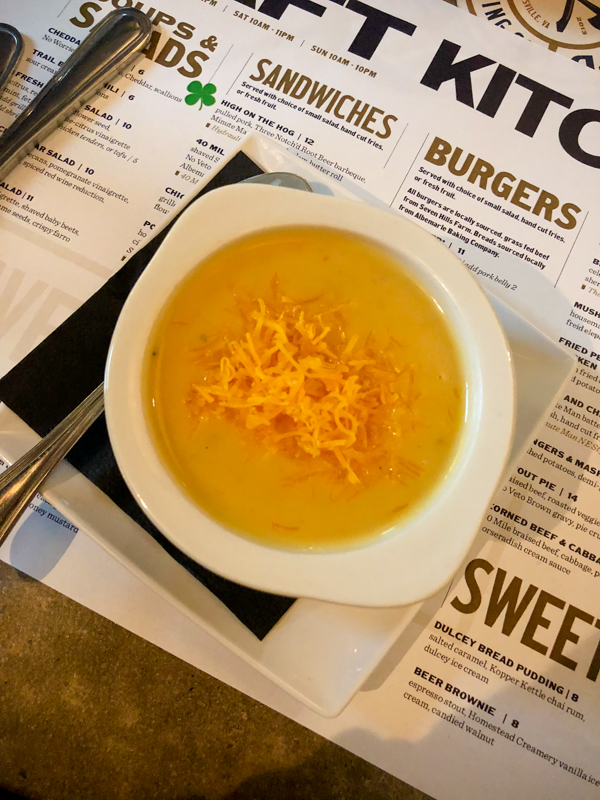 Sadly, the UVA game brought most of us to tears on Friday night. Let’s not talk about that.

On Saturday morning, we were up and at ’em to head to Mazen’s first soccer practice of the season. We fueled up with oatmeal and coffee. 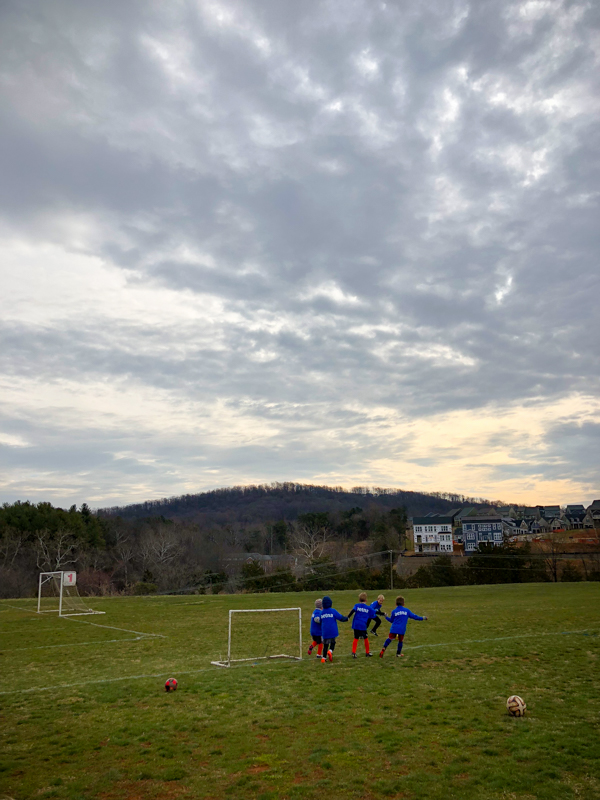 It was freezing and it’s always windy up at Darden Towe, so I was bundled head to toe. 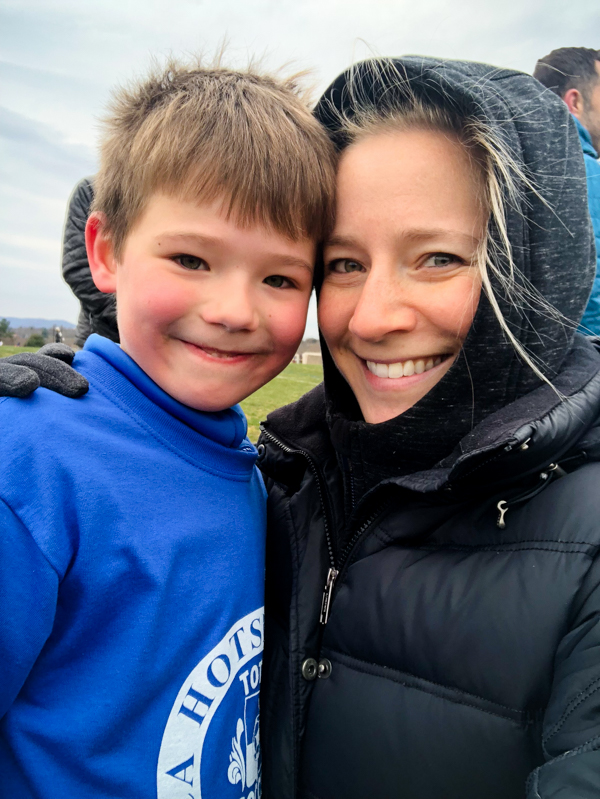 Afterwards we went to Great Harvest for Irish Soda Bread! 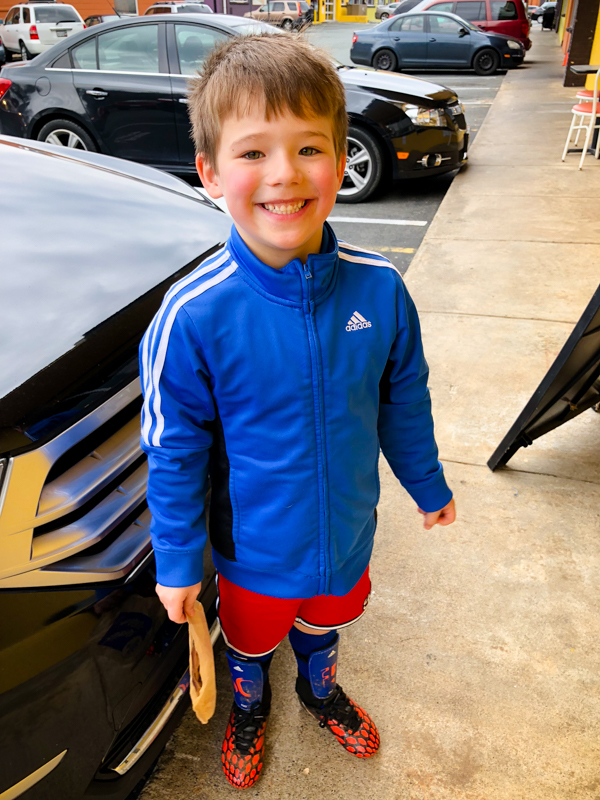 For something healthy, I made us spinach and berry smoothies to go with our toast. 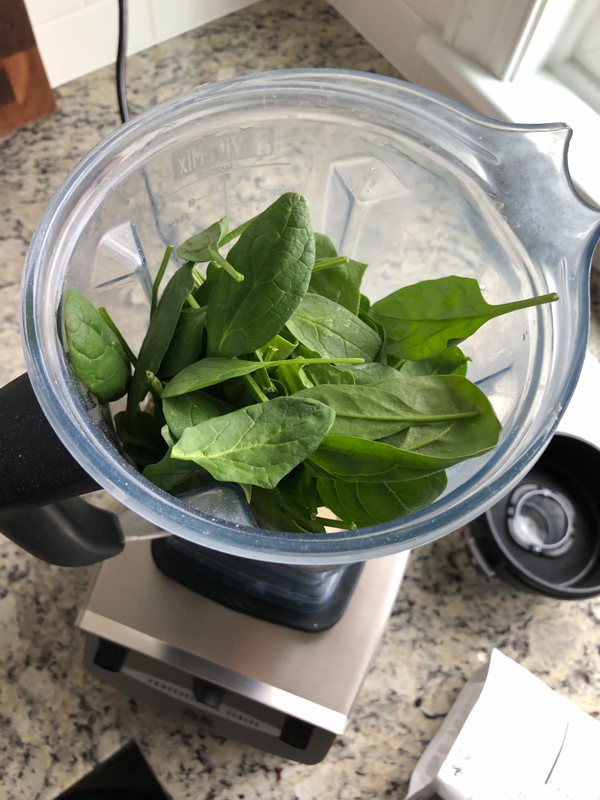 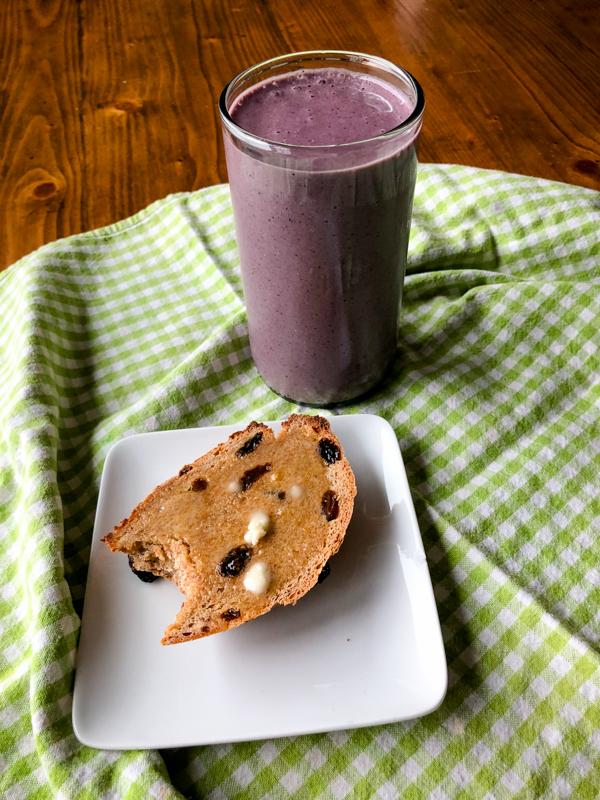 Since we had rainy, cold weather, we decided to go to the movies that afternoon. We saw A Wrinkle In Time. I wanted to love it, but I just didn’t. It was just a little too cheesy for us. But the costumes and settings were beautiful. 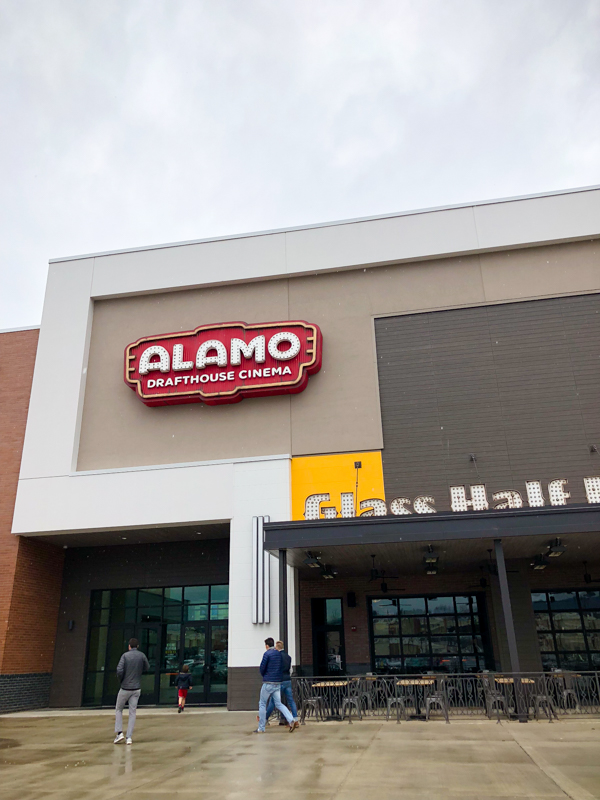 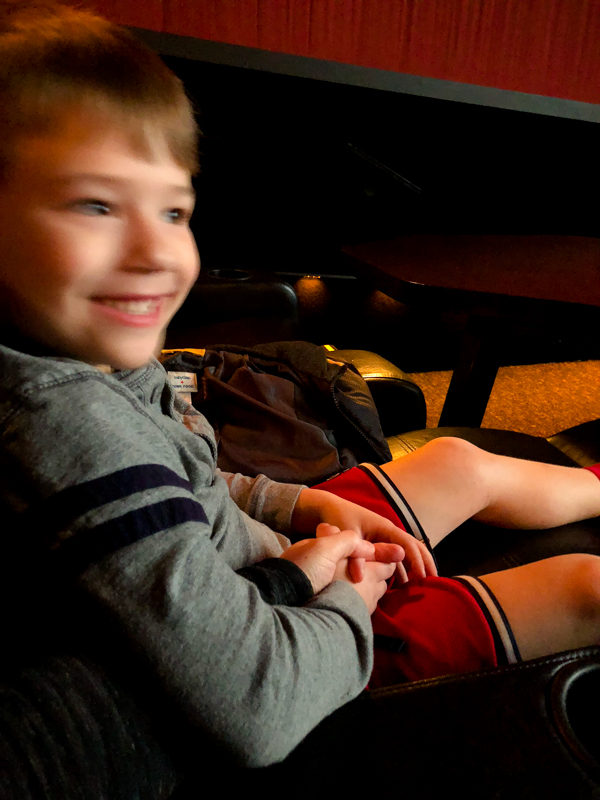 We went to Wegmans next to stock the fridge for the week. And then back at home we had leftover BBQ chicken with hot bar potatoes and green beans for dinner. 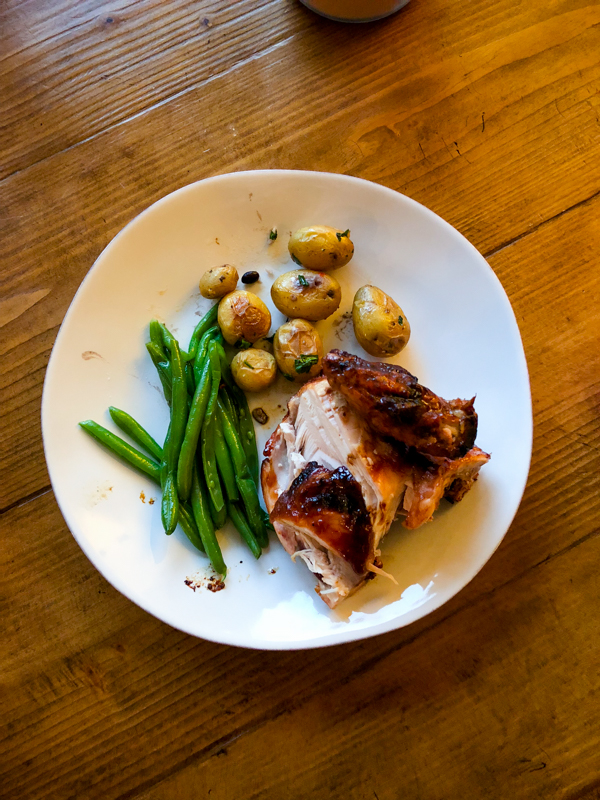 I may have bought the Peeps Oreos at Wegmans! They are REALLY good! I was surprised that the texture wasn’t actually the spongy Peeps texture, but it didn’t disappoint. The filling was a bit crystallized with sugar and a little more flavorful than traditional Oreos.

We charged through two episodes of Handmaid’s Tale after bedtime. It’s so sad and so good!

On Sunday morning, I woke up to this sweet note from Mazey. 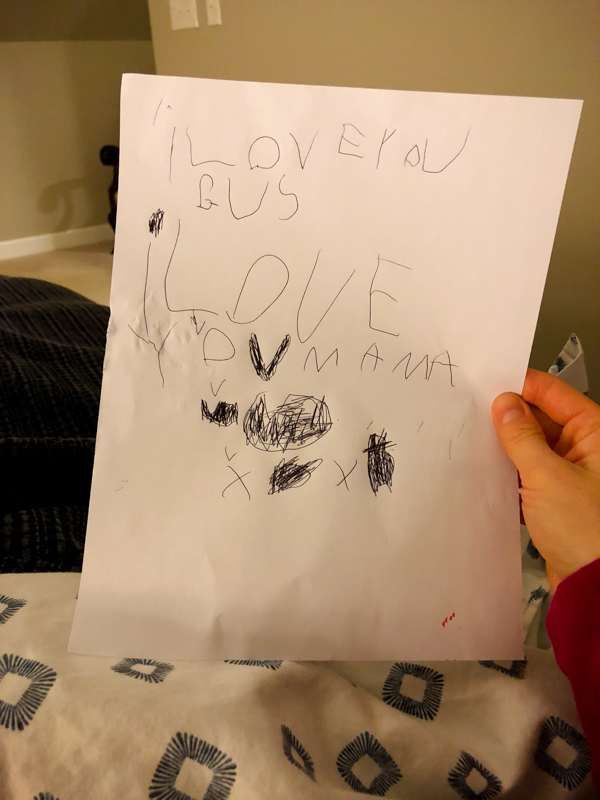 And brought Play-Doh breakfast on the couch. The brown bits are bacon! 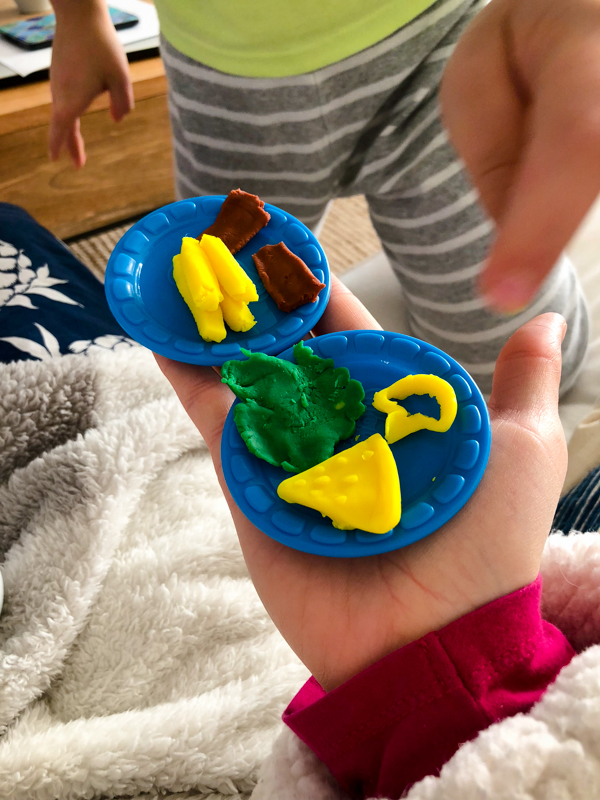 Our second course was two kinds of toast – Blueberry Swirl and ISB! I couldn’t decide between the two. 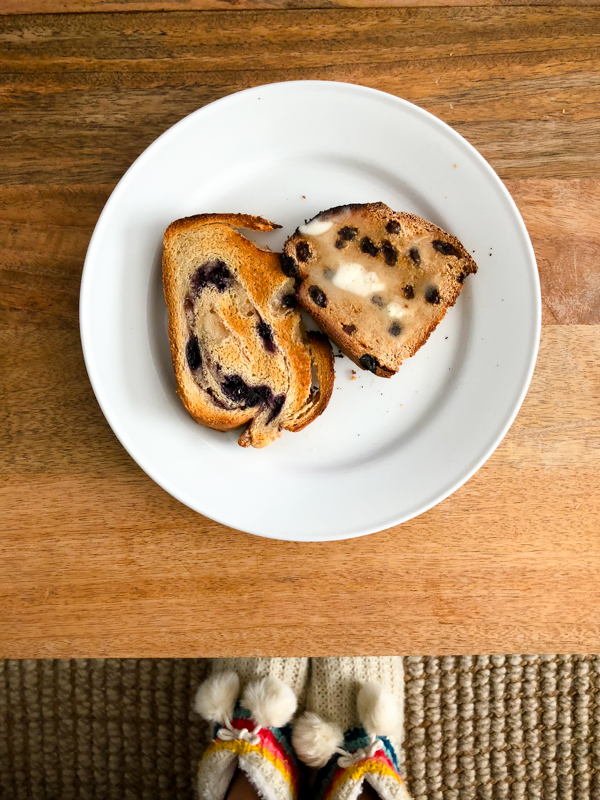 And our third course was a mini spinach and cheese omelet. 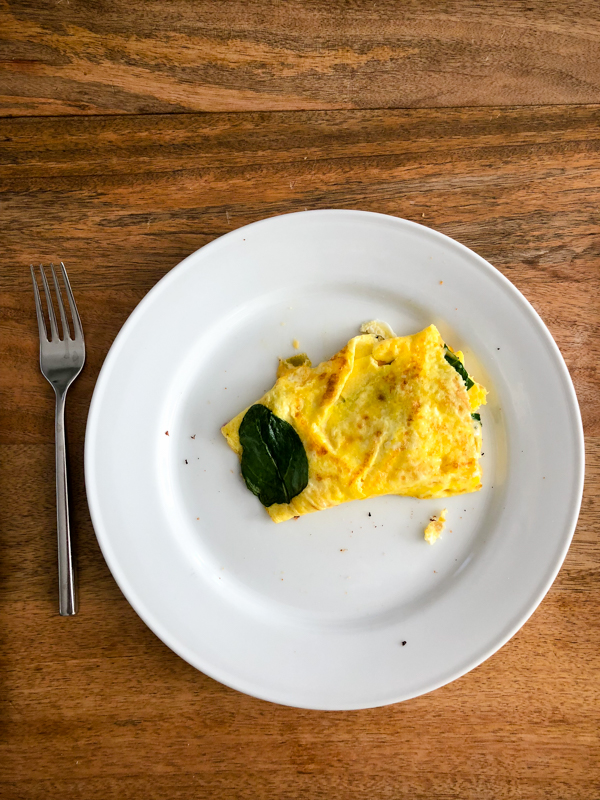 Mazen went to Matt’s for the afternoon, and after a bunch of household chores, we got ready for adult soccer. T had a game at 1 and I had one at 2. I had a bunch of peanut butter pretzels and a banana before the game and this berry smoothie after! 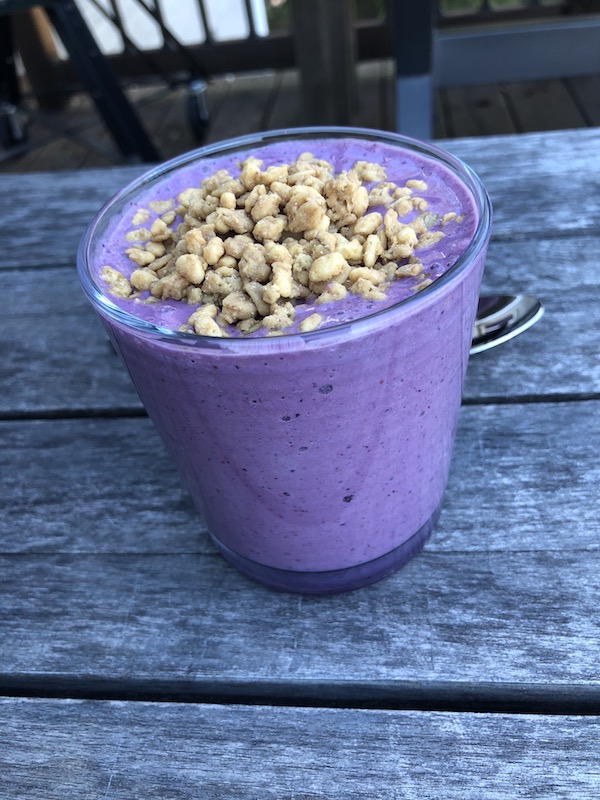 We had a low-key dinner of leftovers, watched golf, and finished the Handmaid’s Tale!