You are here: Home / Lifestyle / Fry Up The Garden

My travels are catching up with me!

I wasn’t terribly hungry for dinner because of our late lunch and my queasiness (tiredness?) returned mid-afternoon – until I saw what Matt made!

Tempura Vegetables! Sweet potatoes + portabellos, to be specific. They were awesome!! 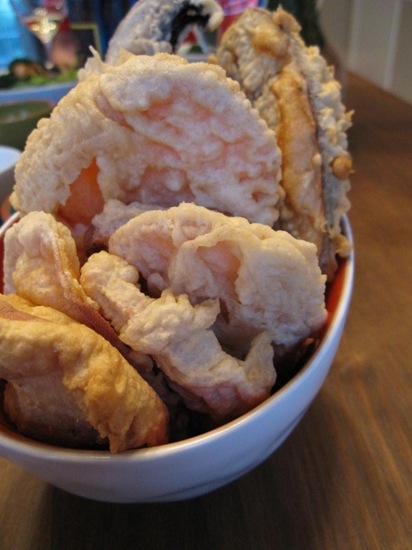 Karen brought over some wine, but I decided to abstain tonight. I’ve had alcohol 7 nights in a row now, I believe. Matt did the pouring in the kitchen and surprised me with a cute POM spritzer in place of wine 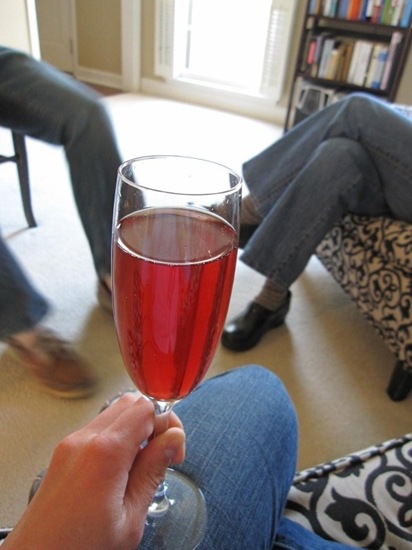 While we sipped and talked Africa, Matt was busy in the kitchen. Check out Brew + Bake for the full recap!

I ate most of my veggies, but left 3 mushrooms. The sweet potatoes were superb! The batter was light like a pancake and not greasy at all. We discussed what we thought the nutrition would be, and we don’t think they are that bad since

1) The interior is vegetable

2) The water of the veggies should have pushed out as steam, allowing minimal oil to seep in and

3) They were pretty dry to the touch.

We’ll definitely be making these again 🙂 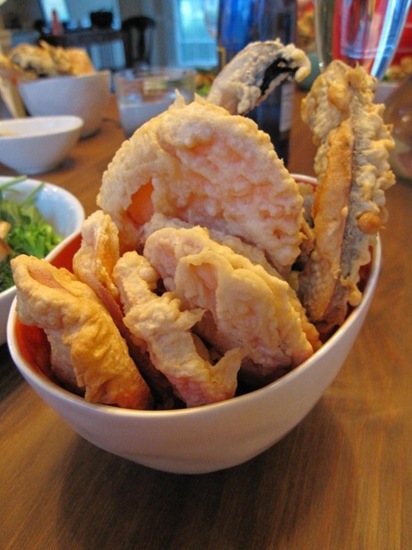 The veggies came with a sesame oil + peanut butter + vinegar dipping sauce, but I wasn’t in the mood so I just ate them plain. 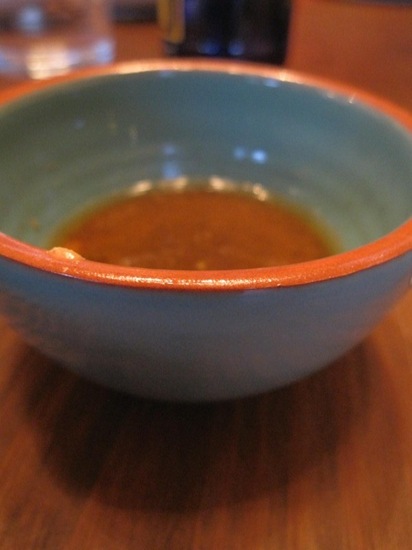 On the side he made salads: baby spinach, mushrooms, blanched broccoli, frozen edamame and sriratcha (which is really good on anything!) 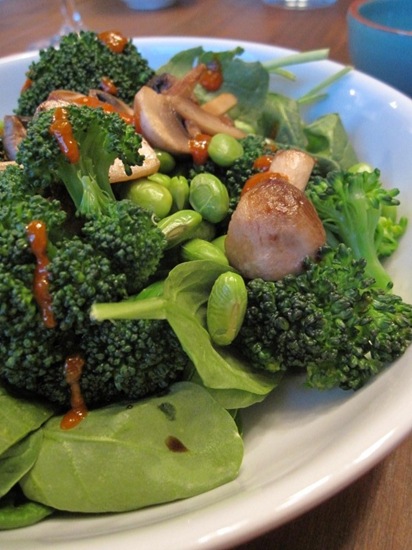 I wrote an article on spring vegetables along with a few vegetables for Breathe Magazine and they were just posted while I was gone. Cool!

Put a Spring In Your Step at the Farmers Market

Green As A Thistle

My Lipton trip friend Vanessa just uploaded this video from our flight. She writes for the National Post in Toronto as well as her blog Green As A Thistle, which got her a book deal for her 356 green changes called Sleeping Naked Is Green. Can’t wait to read it when it comes out in June!

I’m getting in bed early and planning to resume my gym habits first thing in the morning. Then it’s off to class