We are wrapping up one fun Halloween weekend! 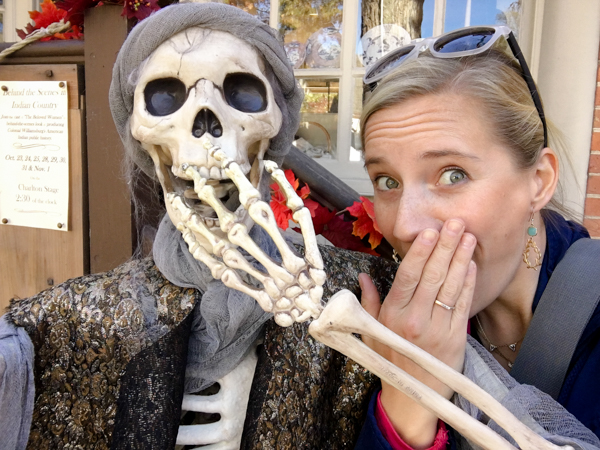 Mazen did a trial run of his costume on Thursday for the preschool parade. He was so cute and loved making scary faces! I didn’t know how the face painting would go, but after explaining its purpose he cooperated and liked getting it on. 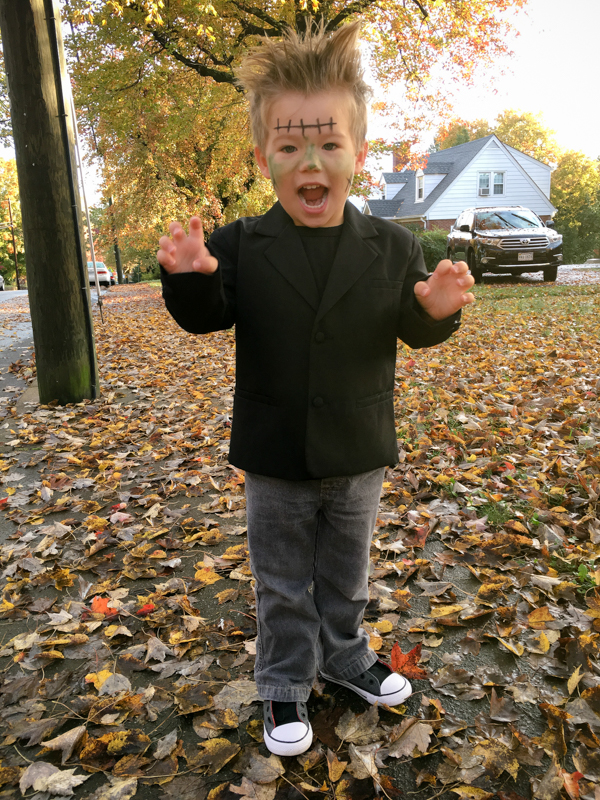 When I picked him up from school that afternoon I asked him what his favorite part of the day was – the Halloween party, the songs they sang, etc. He said “When you took my picture during the parade.” <3 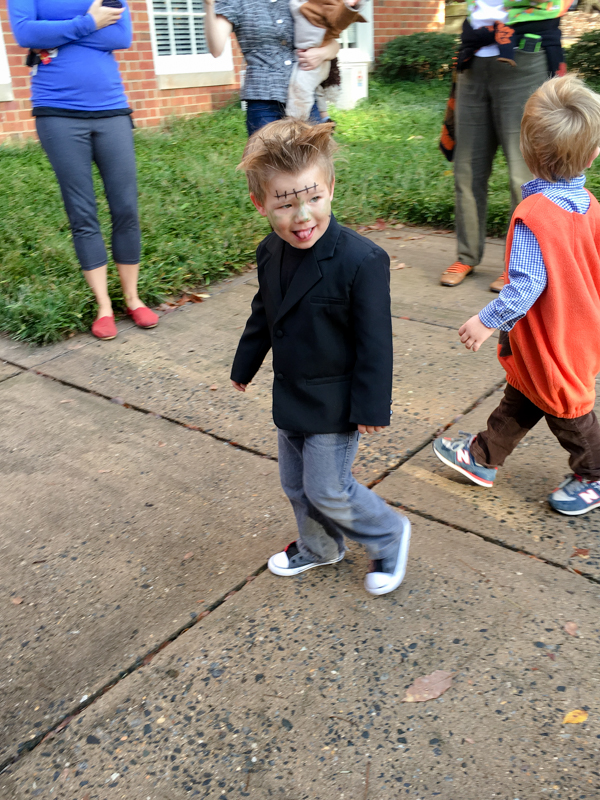 As one of my favorite holidays, we packed in lots of activities all weekend. I took a trip to Colonial Williamsburg on Thursday and Friday to participate in their first ever Halloween celebration with American Heritage Chocolate. More on that trip coming soon! While I was gone, Matt took Mazen trick-or-treating on the UVa lawn. I was sad to miss this, but Matt took lots of photos and videos to share with me. (Can you tell Matt did his make up this time!?) 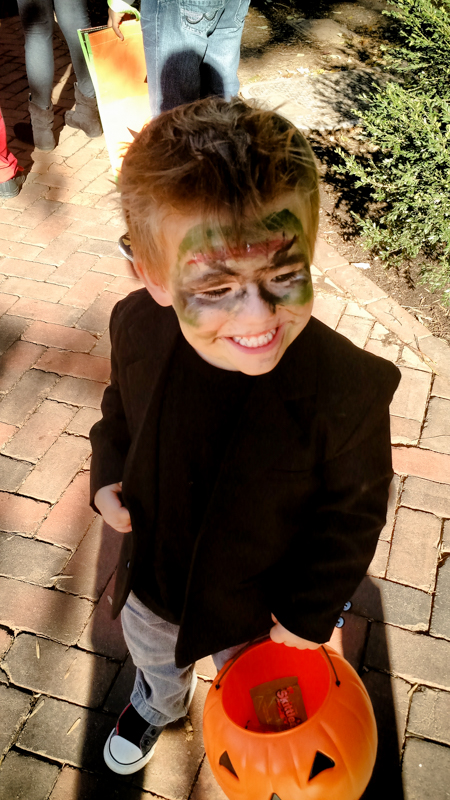 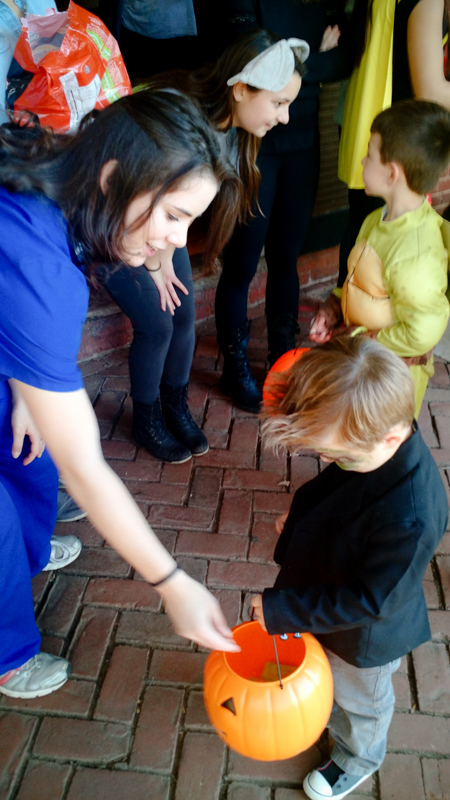 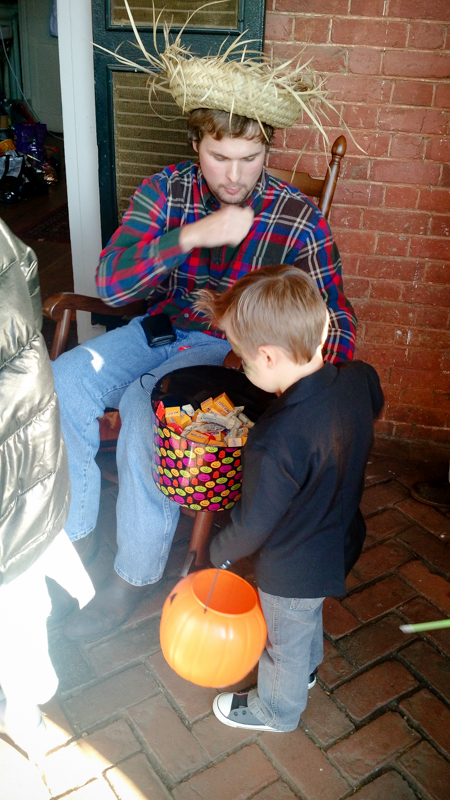 I got home very late on Friday night. Saturday morning we dressed up in costume again and went to lunch at the Struckmann’s house. Sarah outdid herself with cute ideas like these pumpkins who couldn’t quite keep their lunches down! 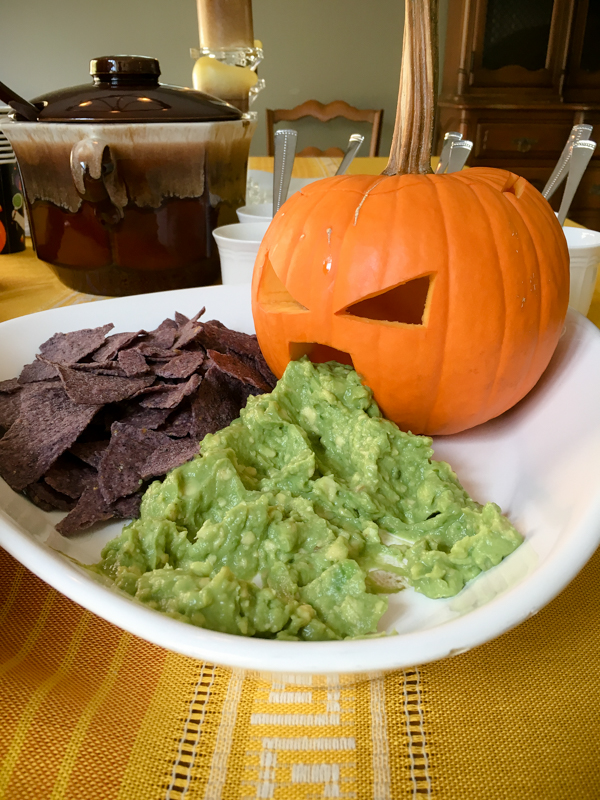 She also had ghost pizzas that her mom made, bean and bacon soup, rolls… 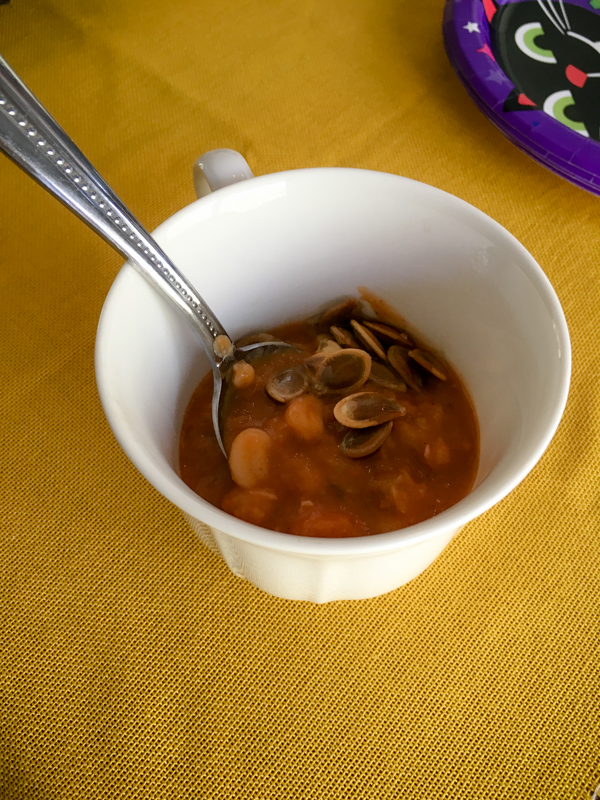 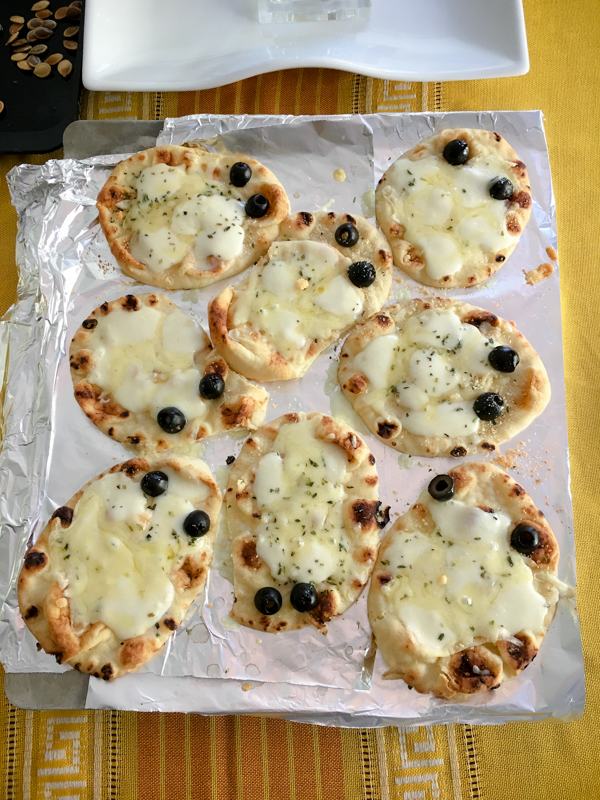 and this delicious brain for dessert! The brain was made in a brain mold with a jello/cream cheese/raspberry mixture. 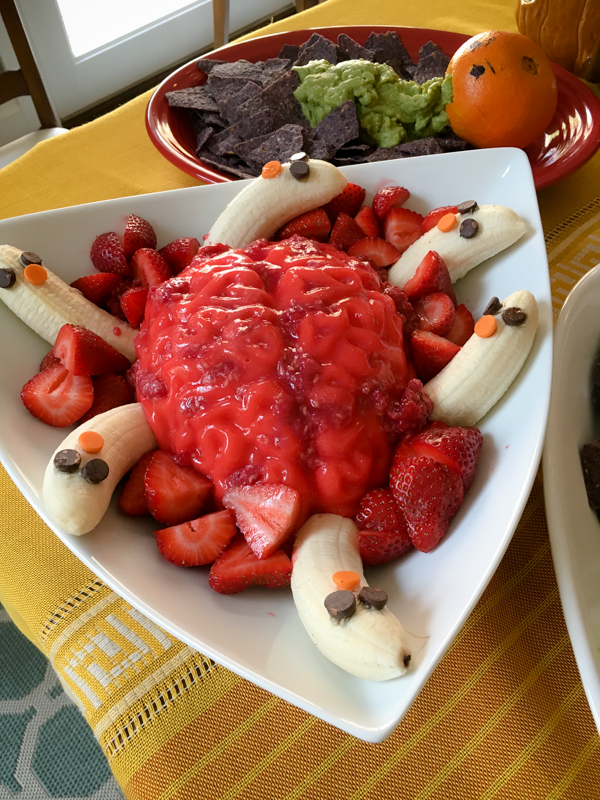 After lunch I split for a make-up soccer game and Matt took over the fun. The Sayas had a great time celebrating and begging us to eat all the candy! I scored a sweet goal in my game in the last few minutes – a rarity for co-ed league! 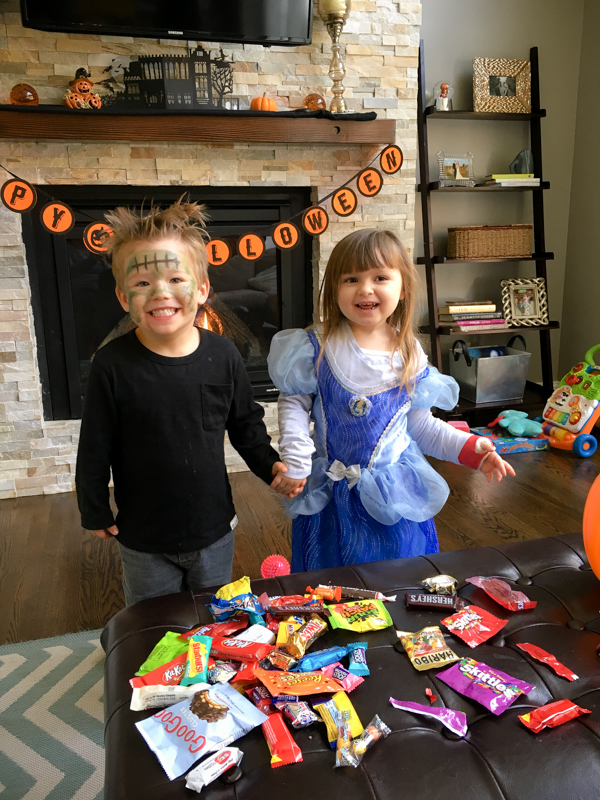 Later that evening, we encouraged Mazen to go trick-or-treating in our neighborhood but he didn’t really seem interested. He was too into the fact that our doorbell kept ringing! As the greeter, we taught him to say “Happy Halloween” upon opening it and offering candy. This is our fourth house and neighborhood and the first time we had a nice stream of trick-or-treaters!! 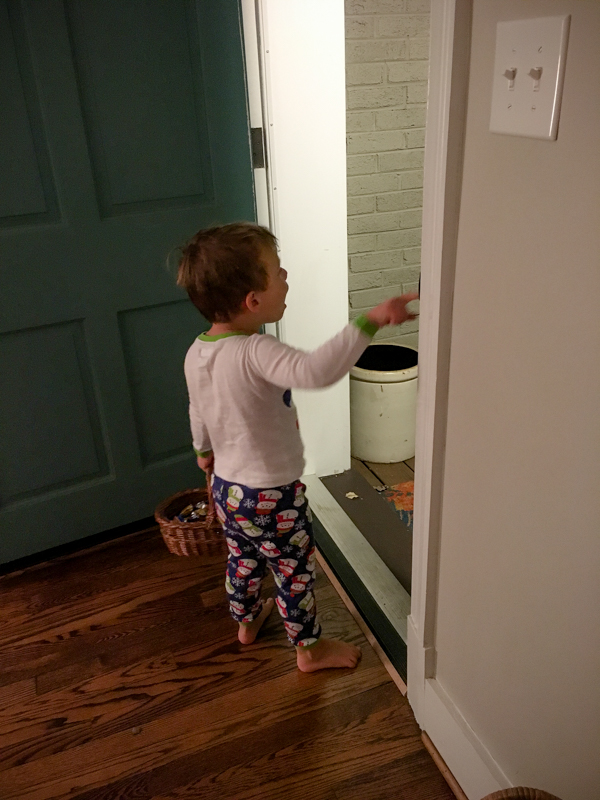 After we put Mazen to bed and got our babysitter settled, Matt and I went out on the town ourselves. We planned a big bar crawl with a big group of friends. As you may have seen on social media, Matt and I replicated our zombie bride and groom that we did back in 2008. I don’t think I have put on my wedding dress since then! Still fits : )

Matt had to help me with the lace-up back. It’s pretty funny to have your husband help you put on your wedding dress!! 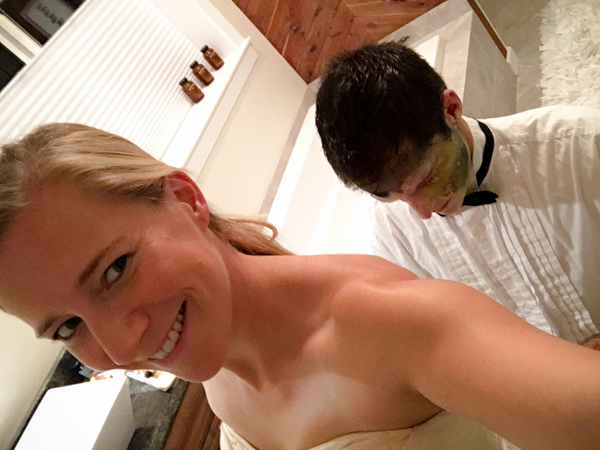 We did lots of make-up, including fake gun shots. Matt’s face was so gross! 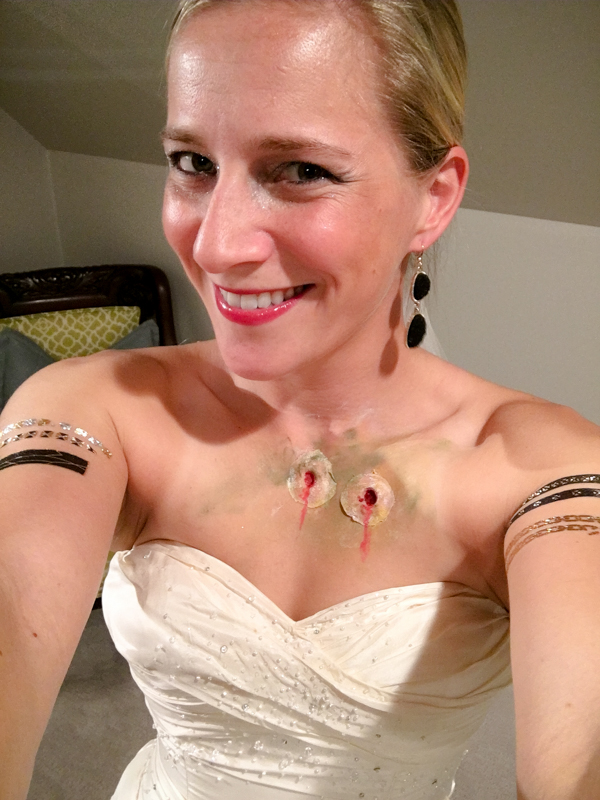 Mazen got a kick out of us as we got ready. 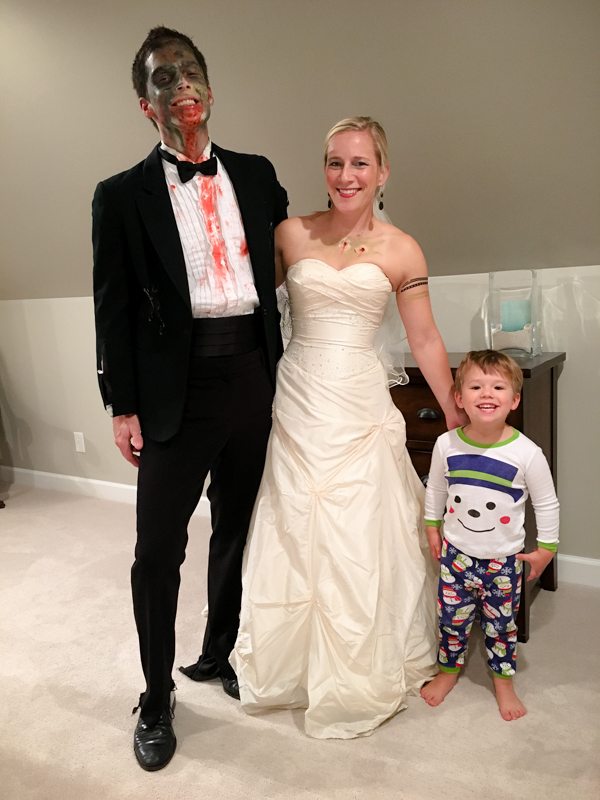 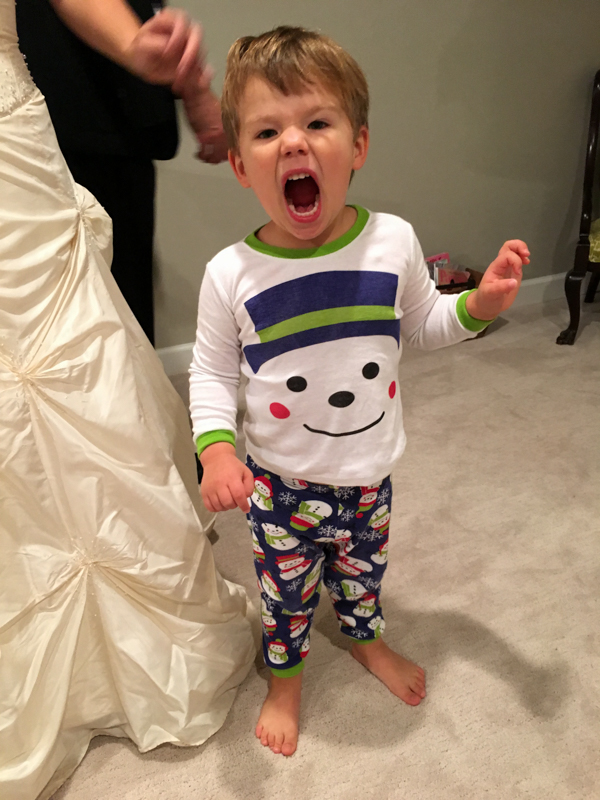 Everyone in Cville was dressed up downtown – it was like one big happy Halloween party! So many great costumes. 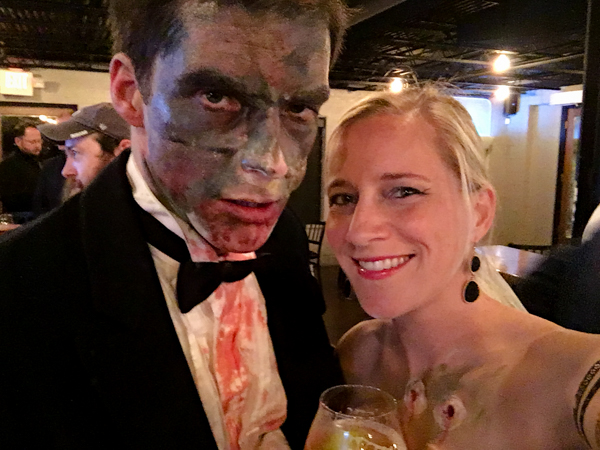 A large part of our group went as Peter Pan characters. 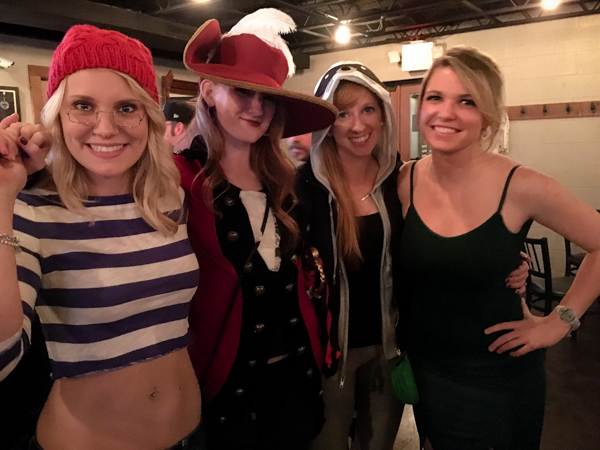 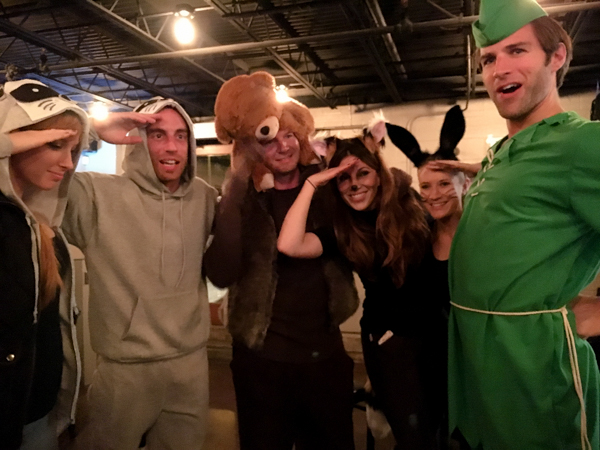 We got lots of compliments on our costumes, and even had several cars stop us on the walk there and back to ask if we were a “real” bride and groom. We said we were eight years ago! 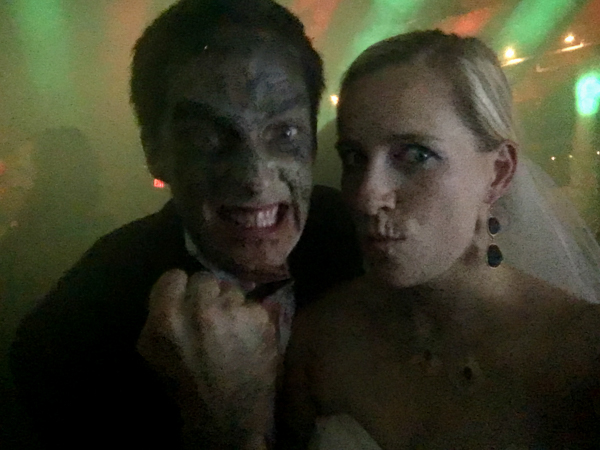 Sunday I had TWO more soccer games! I played my best game ever in my women’s game and had my second goal of the weekend. Plus two assists, a sprained right ankle and a ball to the eyeball! My ankle should be ok, but the crunch it made when I rolled it was creepier than all of Halloween weekend. 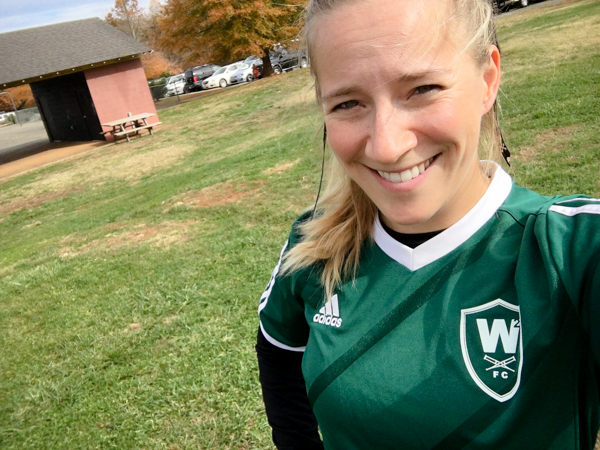 Some food from the weekend – 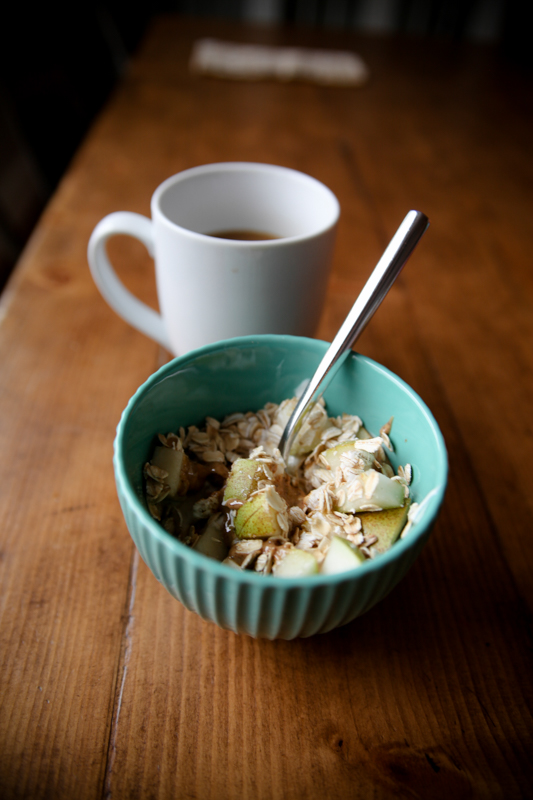 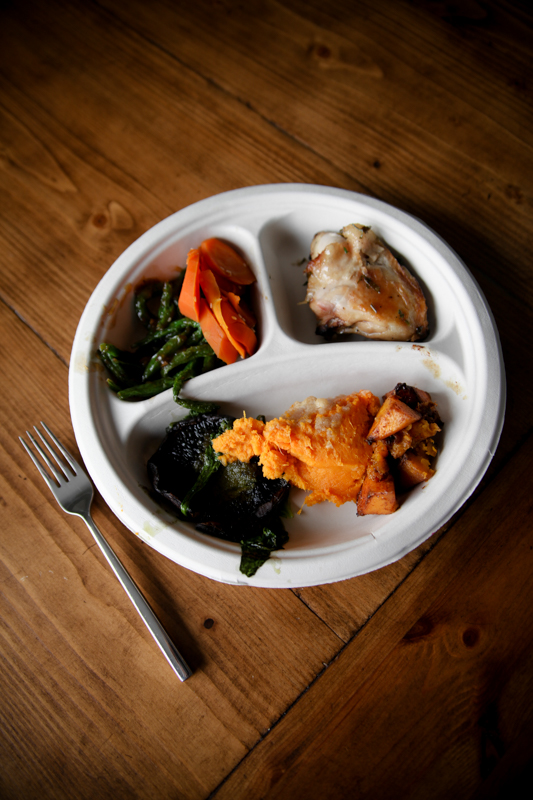 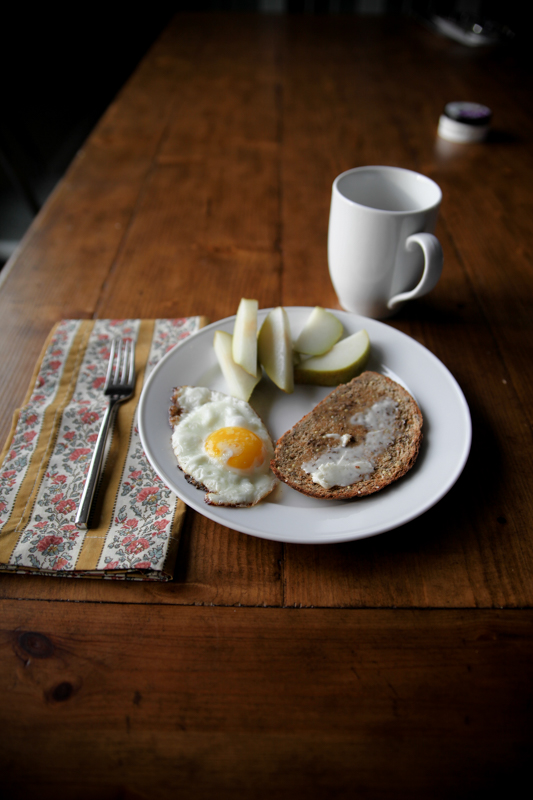 And pre-Halloween crab cakes with zucchini and some vino. I buy these crab cakes at the farmer’s market and freeze them. Perfect for easy dinners! 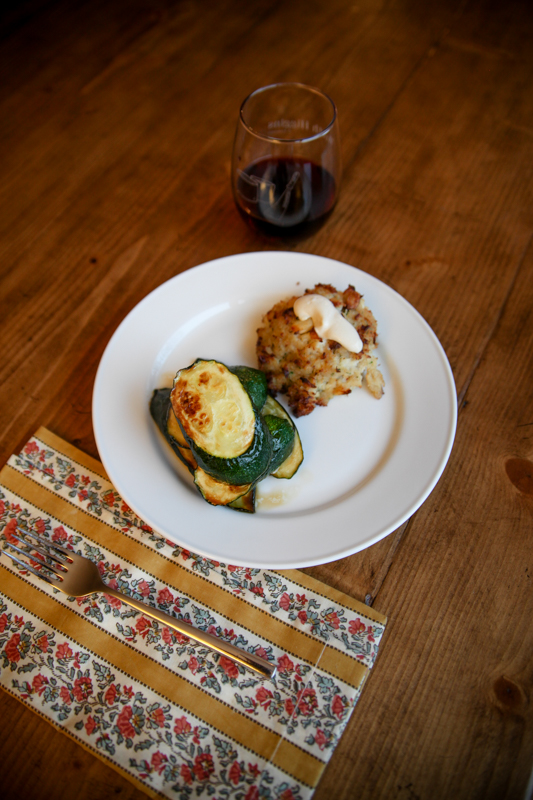 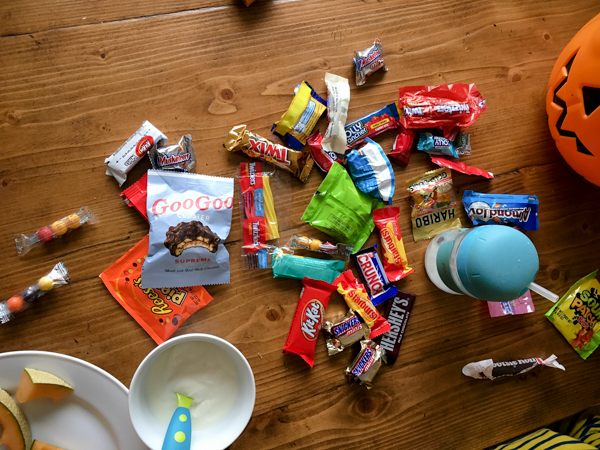