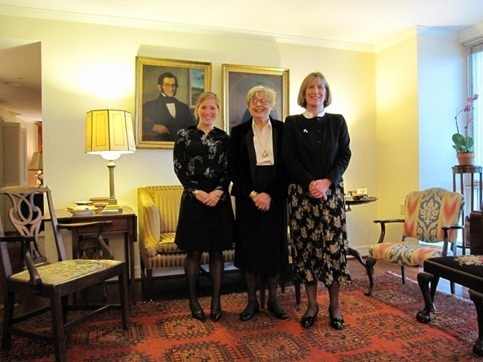 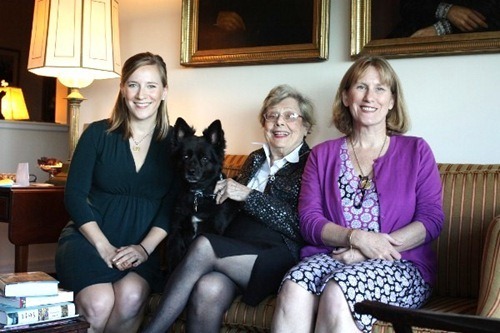 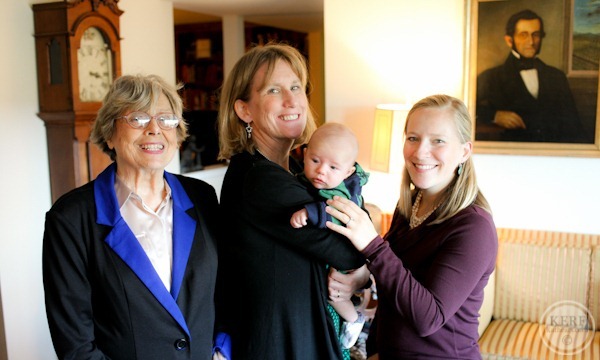 Somebody woke up with some sniffles : ( I think he has a baby version of my cold (which is mild, but definitely turned into a cold). He doesn’t seem to be tooooo unhappy, but I can tell he’s not 100% himself. Hope the breast milk is working its magic to keep his cold at bay. 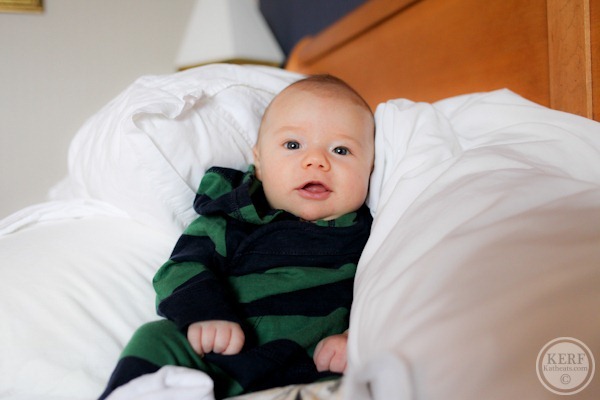 We didn’t have the greatest night of sleeping last night. We had adjoining rooms with my mom and had brought all of our workout gear so she could babysit while we went for a run this morning, but alas, we decided to sleep soundly and took a 30 minute nap while she played with M in her room instead. Thank goodness for daylight savings!

After we finally got ready, Matt picked up some Starbucks (decaf capp. for me!) and we walked over to Gram’s for breakfast. 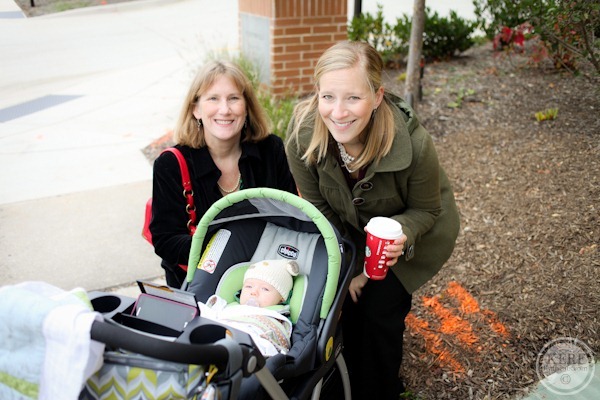 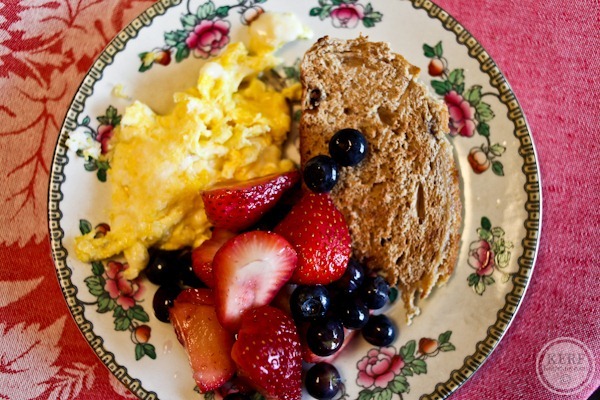 That would be Apple Scrapple bread we brought up! 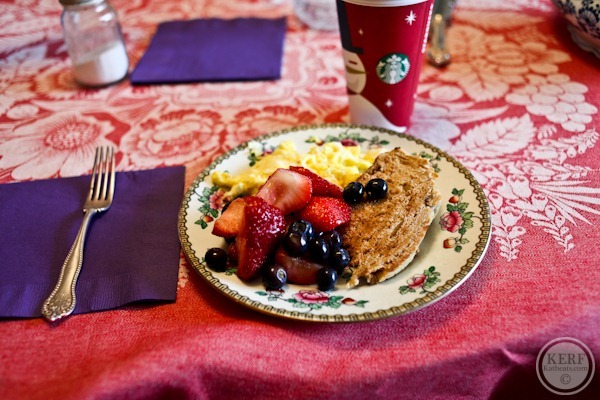 We headed to church after that for the service and reception in honor of Gram’s art show. Stinky decided he was hungry just as church started, so I fed him followed by a walk in the brisk fall weather. Then we waited for everyone else to sing their last hymn for the reception to begin. 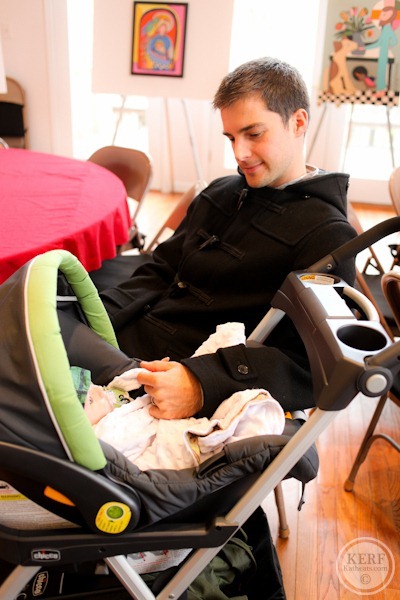 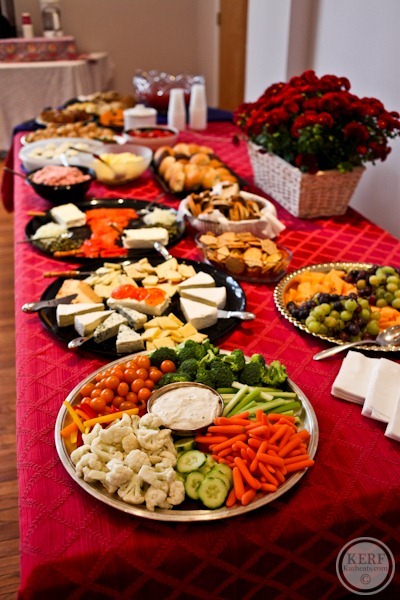 There was a lovely spread of food 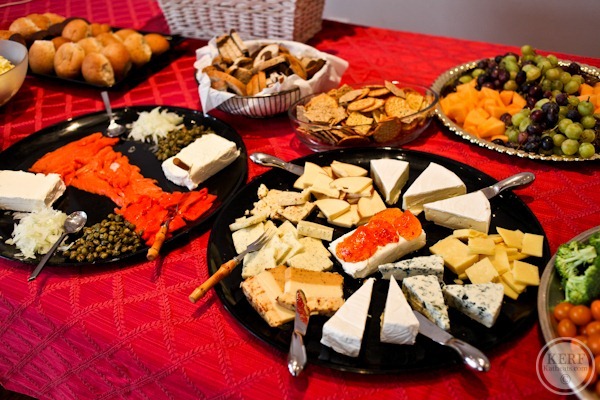 And a dessert end…! 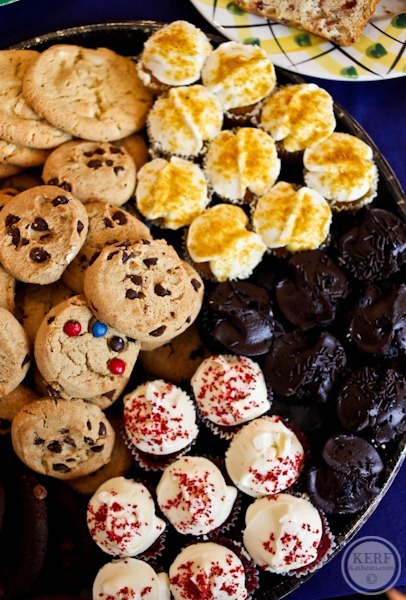 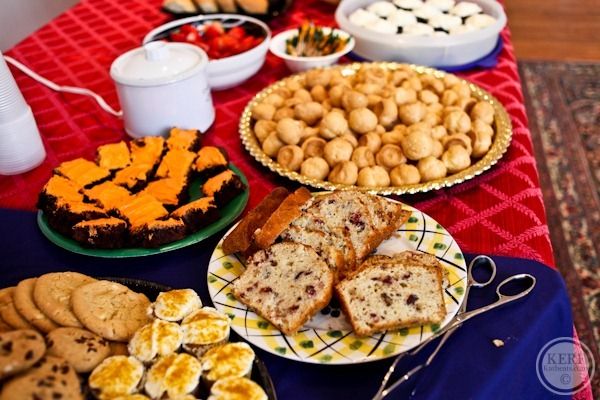 I had a taste of nearly everything and went back for seconds on veggies, a few crackers + cheese and a second mini cupcake! 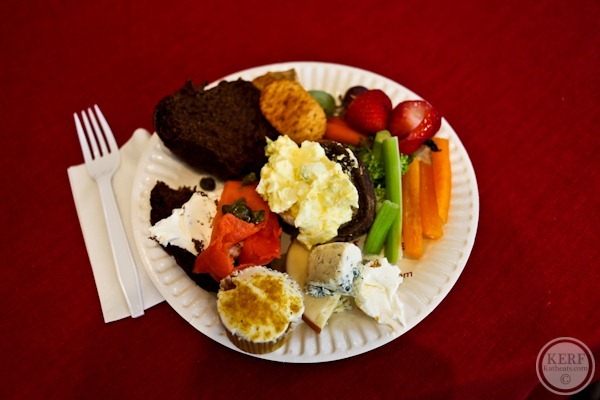 My mom enjoyed playing with Maze, and he received a lot of attention for being the youngest human present. 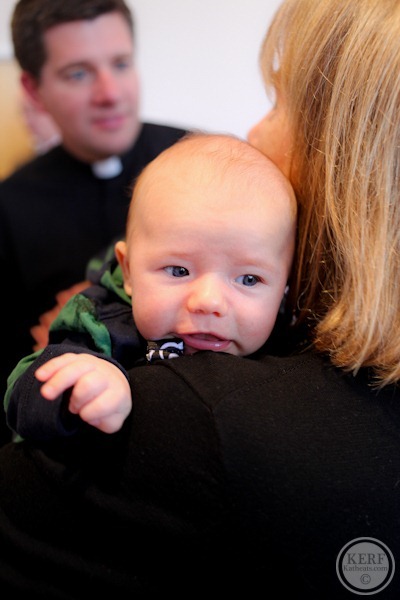 Back at Gram’s, we played a few games. He LOVED this Duke cheerleader bear that played the Duke fight song! She brought out some bright smiles. 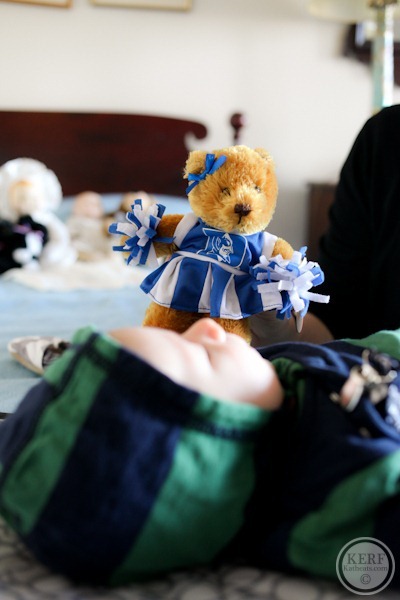 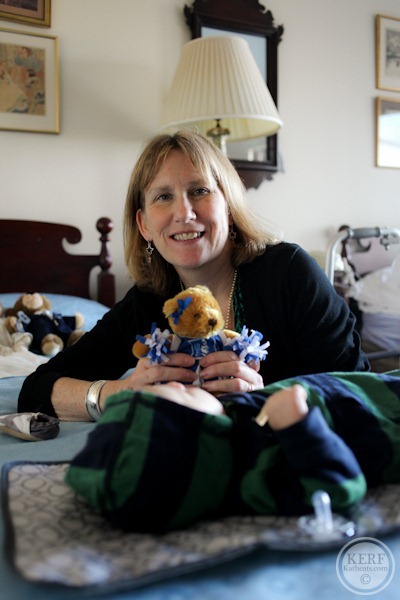 We said goodbye to Gram and hit the road. 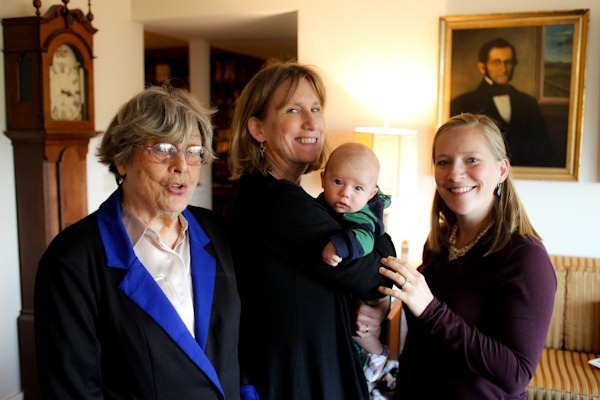 I was worried M would cry the whole way because he just isn’t himself today, but he actually SLEPT the whole way, which was good for us because the car was quiet and good for him because he probably needed the rest. 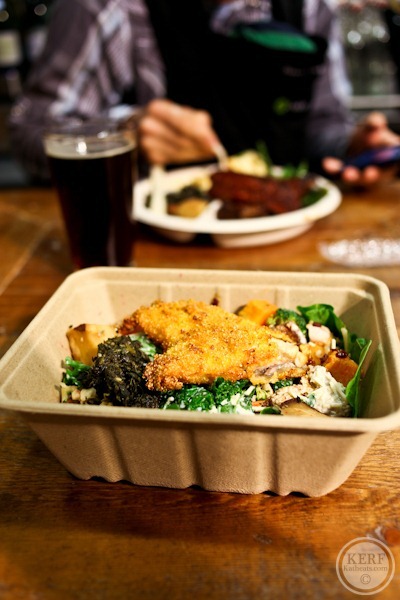 We decided on Whole Foods salad bar for dinner – piled on the veggies, chickpeas, some grain salads and a wonderful piece of cornmeal fish!! I want to go back for that fish. 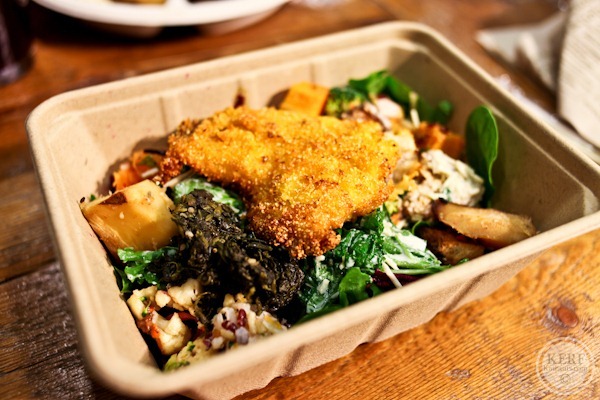 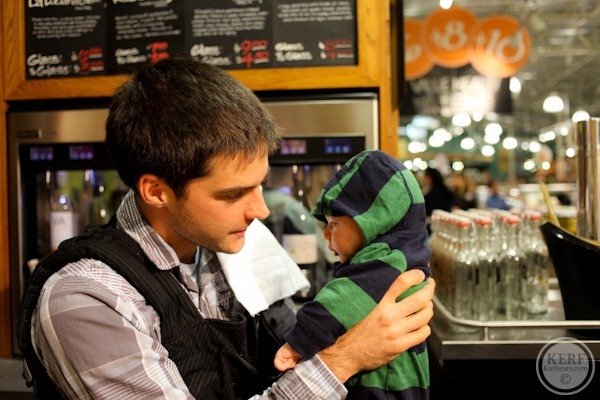 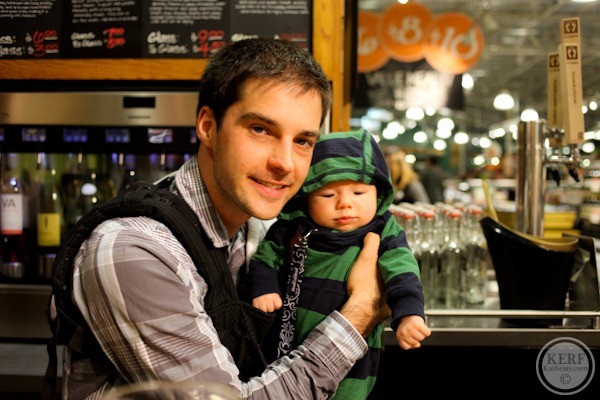