Matt’s fraternity brother, Nick (a.k.a. Newman) and his girlfriend Jen are in North Carolina for a wedding and are spending the night with us on their way to Asheville. Oh what fun it was to find out they are foodies too!! We’ve had conversations about pasilla chiles, Salpicon in Chicago and pumpkin seed butter 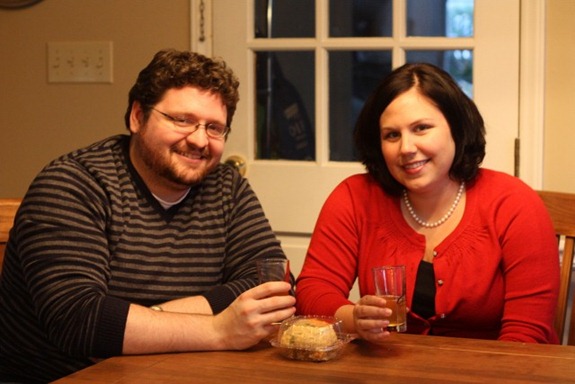 And here’s us in college!!

“Where the wild thing are…” 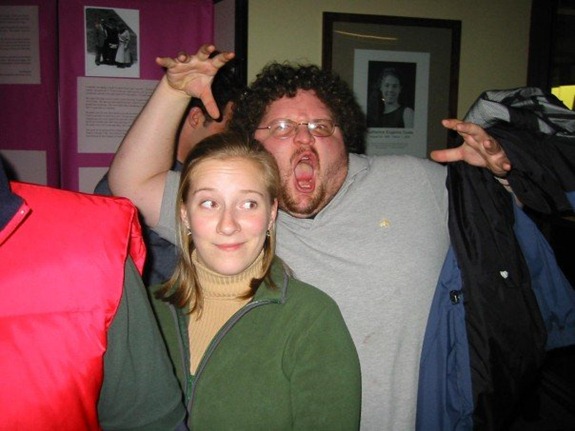 Everyone who comes to visit us gets a full-out beer tasting. Matt has so much variety now that the tasting list was long! 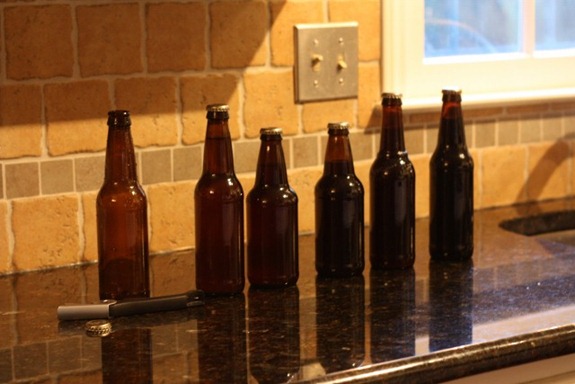 I had a few sips as we chatted…love Matt’s dark beers! The Imperial Stout is incredible. So is the Moose Drool clone! 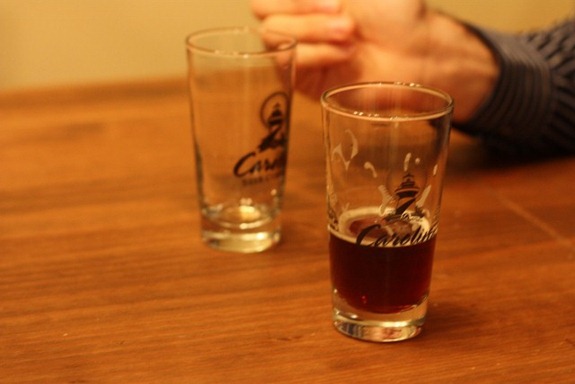 Around 6 we ventured out to try a new restaurant in town: The Liberty. It’s Charlotte’s one and only Gastropub!! You know the brewer was excited about this 😉 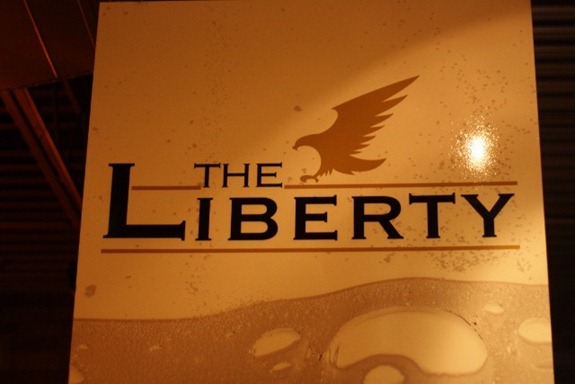 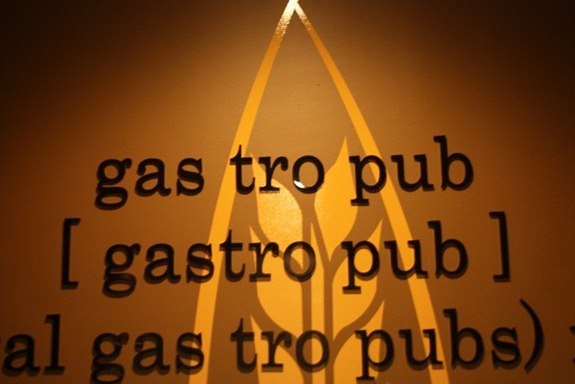 The decor was awesome – all kegs, crates and lights – 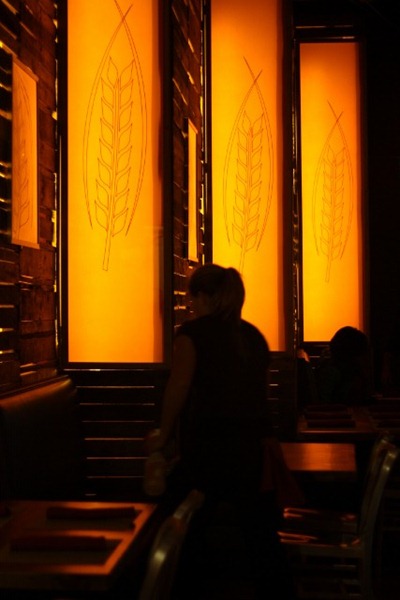 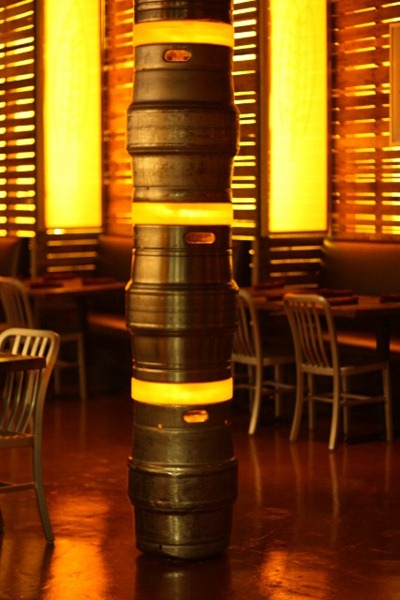 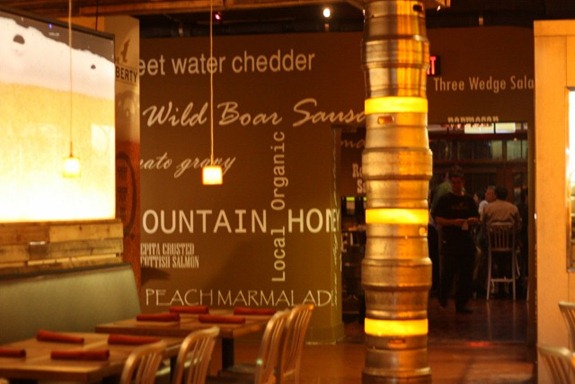 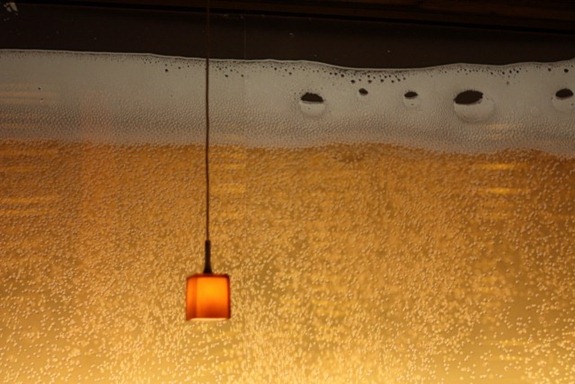 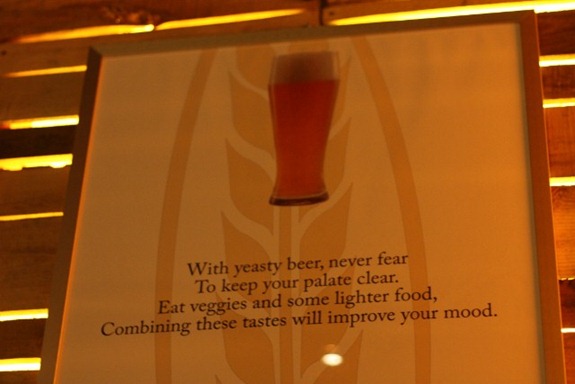 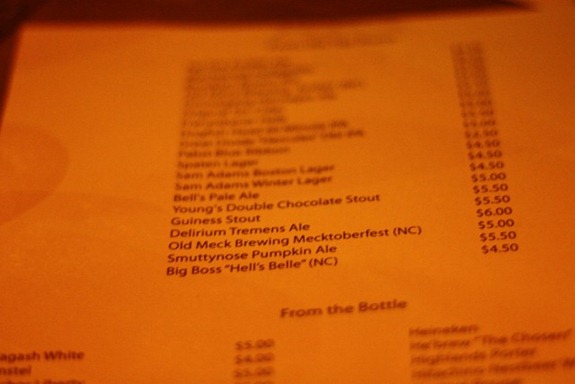 Sadly they were out of the only pumpkin ale 🙁 So I got a Hobgoblin instead!! Yummy. 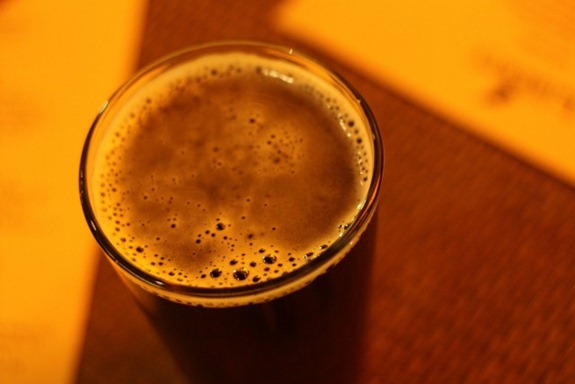 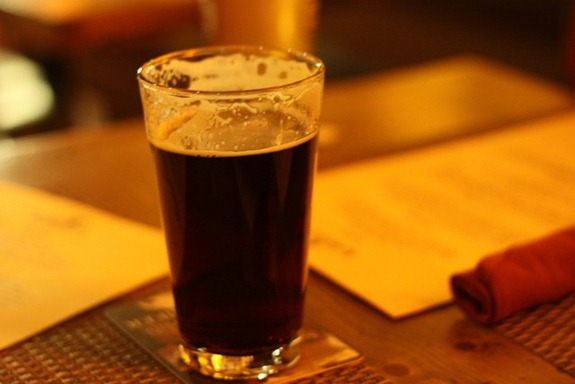 We were all impressed with the creative flavor pairing of the menu. Appetizers included: 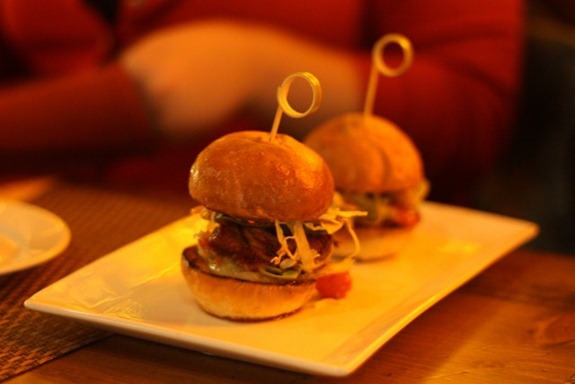 Devils on Horseback…Grilled Dates, Bacon, Bleu, Almonds for Matt and me. 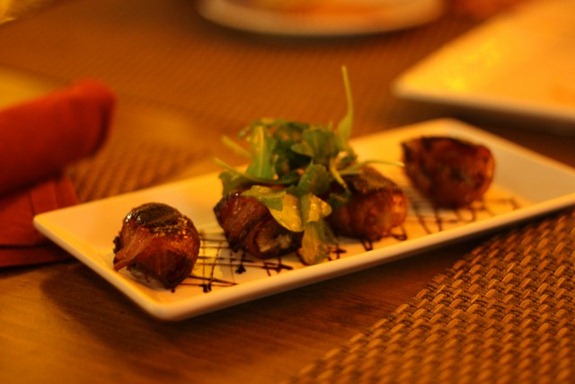 Both were INCREDIBLE and we shared bites of each. The flavor combos were awesome.

For my entree I ordered the warming roasted asparagus soup with smoked scallops. It was just what you’d expect. 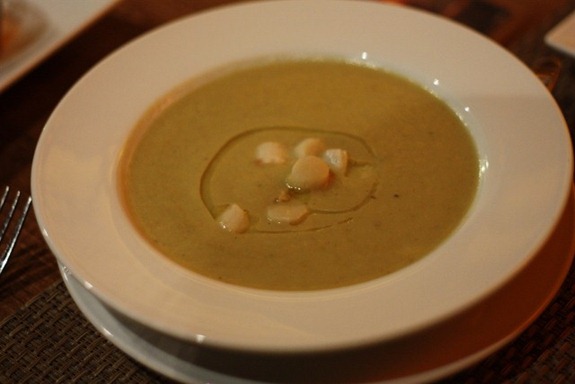 And a simple salad with goat cheese + spiced pecans, which honestly could have been bigger. 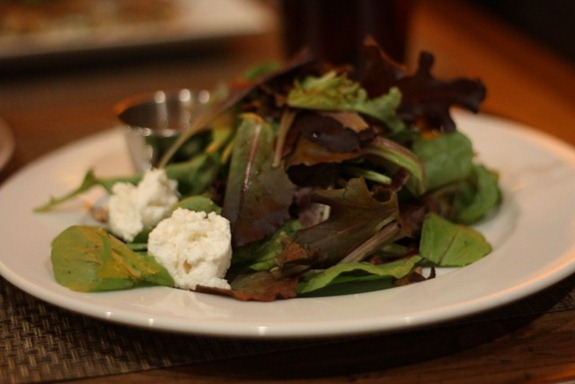 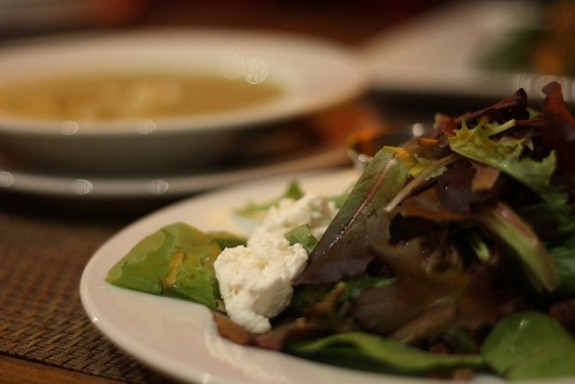 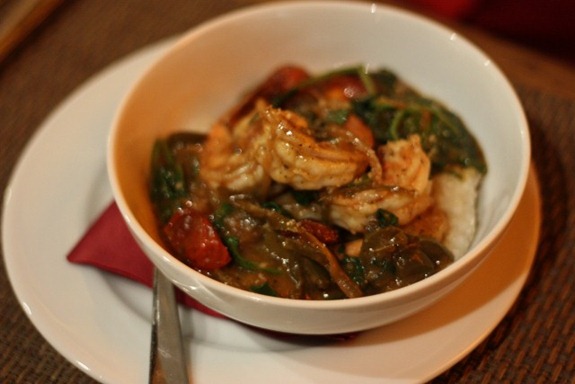 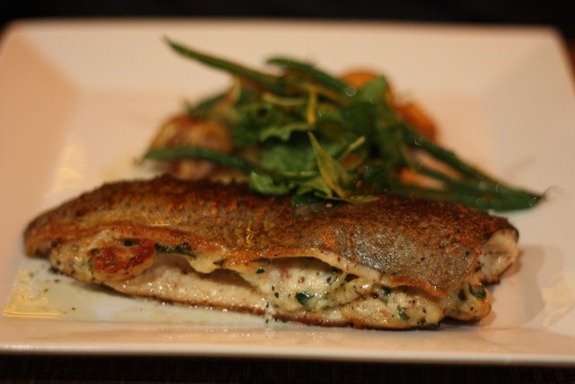 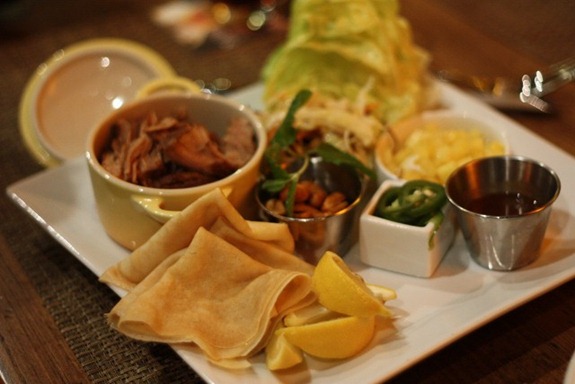 I tasted an assembled crepe and a lettuce wrap. There was a brown sugar-buttery sauce that went sooooo well with pineapple and pork!! 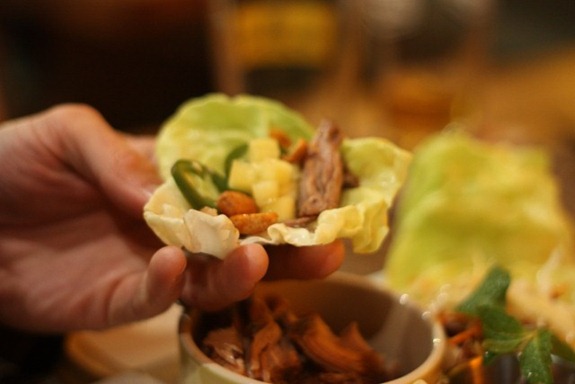 Last but not least, Newman + Jen got a pear bread pudding with vanilla ice cream. They shared a bite with us and …it was awesome. ‘Nuff said. 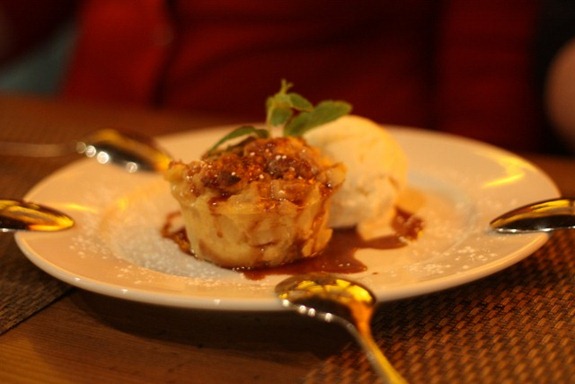 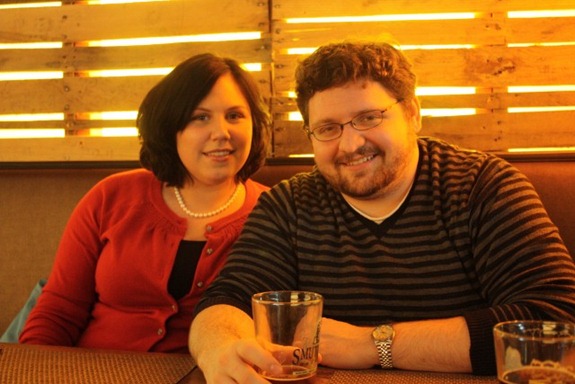 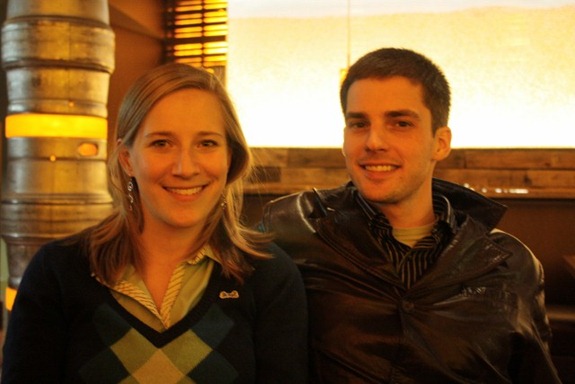 For dessert I had a Lemonhead!! Remember those!? 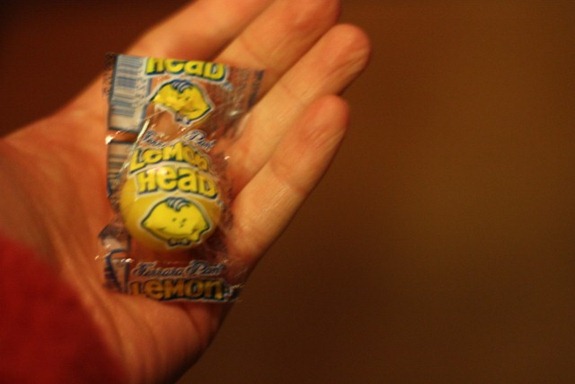 I could eat another one of everything we ate!! It was all so good.