You are here: Home / Lifestyle / flybytheseatofmypants

I’m having one of those crazy spastic days where I don’t know what’s going to happen next with myself!

Take the KERF comments for example. I tested a new plugin, decided it wasn’t 100% perfect, uninstalled and am back at square one. Although I did green-up the admin comments so hopefully they are easier to spot!

My workout today involved carrying these giant ice-pack filled bins half a mile to the Relay Foods drop off. 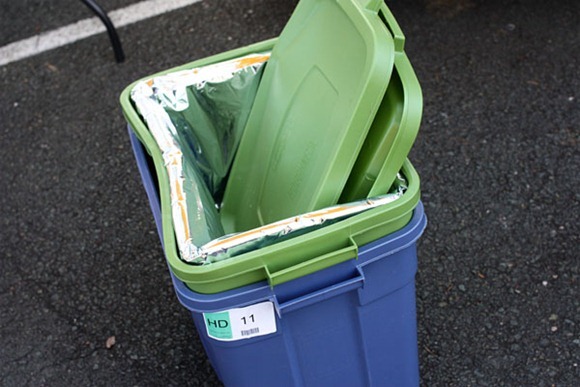 Relay is an awesome grocery collaboration + delivery service that I tried out earlier this year. I’ve had these bins forever and needed to return them! 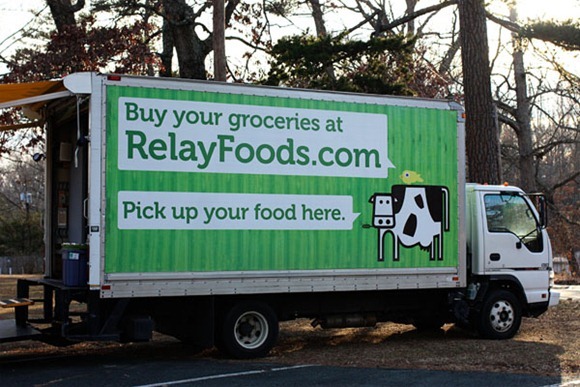 I met Andrea of Bella Eats for an afternoon walk as she picked up her groceries. We walked for a while – I covered about 3 miles.

I did more weight lifting when I took out the trash like a big girl [this is usually Matt’s chore :mrgreen:] 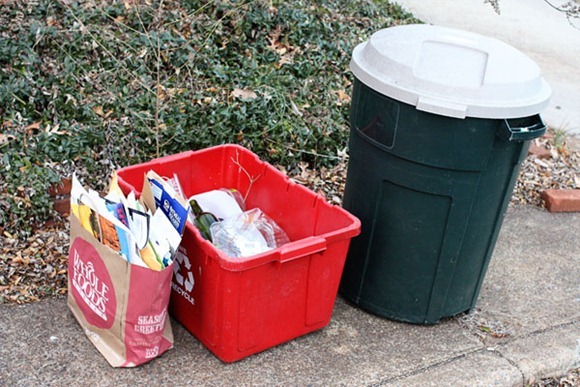 Came home to this refreshment – only half left 🙁 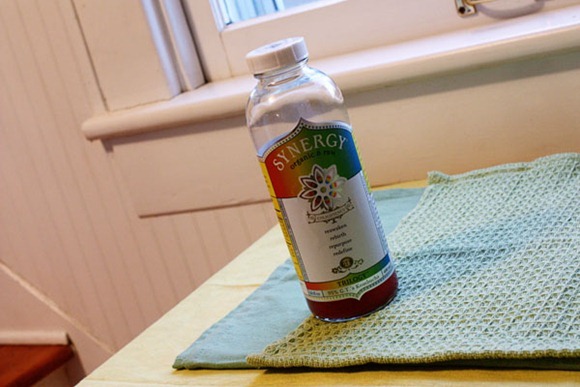 Then I did lots of things that sucked away my time in the house and on the computer. Soon enough it was 7PM and I was getting hungry!! Dinner is not going to cook itself this week.. 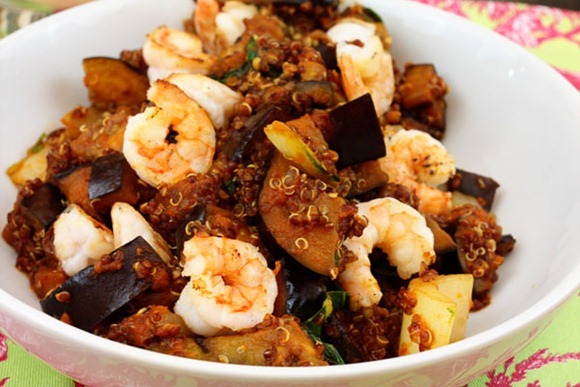 I thawed out some shrimps for dinner. Matt and I used to eat frozen shrimp ALL.the.time. But then we realized that our shrimp from Harris Teeter came from Thailand and stopped buying it for environment reasons. I checked out Whole Foods this week for a more sustainable frozen shrimp source and was happy to come home with some that weren’t too, too expensive. 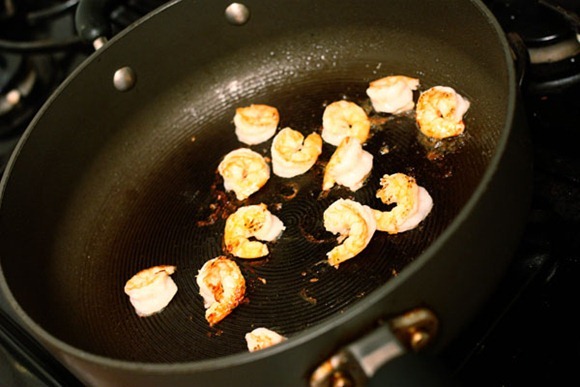 I turned them into a tomatoey eggplant + bokchoy + quinoa random dish! 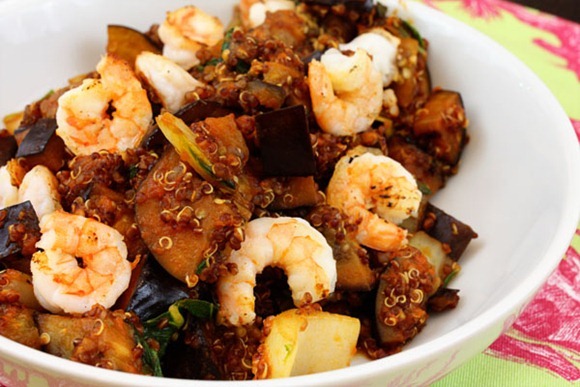 The featured seasoning was a new jar of Nello’s Sauce. Blog reader Heather’s boyfriend, Neal, spend years living and traveling in Italy. Inspired by his grandmother and the food he enjoyed on his travels, he’s developed this new line of sauces made from real Italian plum tomatoes with fresh basil, Sicilian sea salt, fresh basil, garlic and thick Italian extra virgin olive oil.

I’ll be the first to tell you that I love it because it did indeed taste fresh from the garden [and because it was free of onions!] 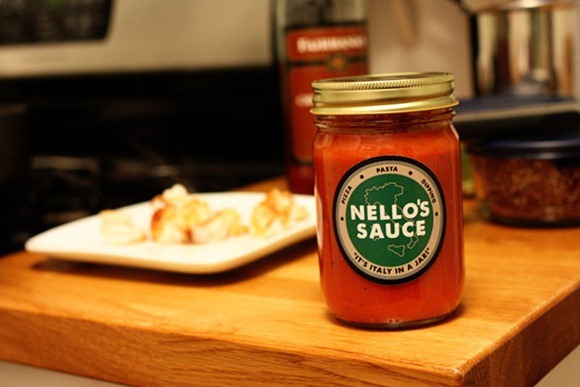 For my dish, I sauteed the shrimp, then removed them and added the eggplant (1 small) and bok choy (leftovers – half a big head) and sauteed until they were brown. I added a splash of sherry some Italian herbs, 1 cup of cooked quinoa and about a cup of the delicious red sauce to bind it all together. 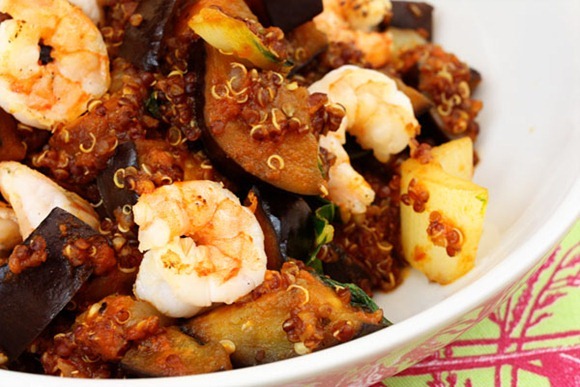 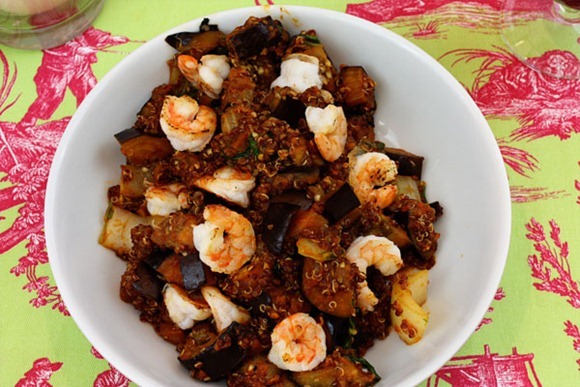 Enjoyed by the light of my Aveda candle 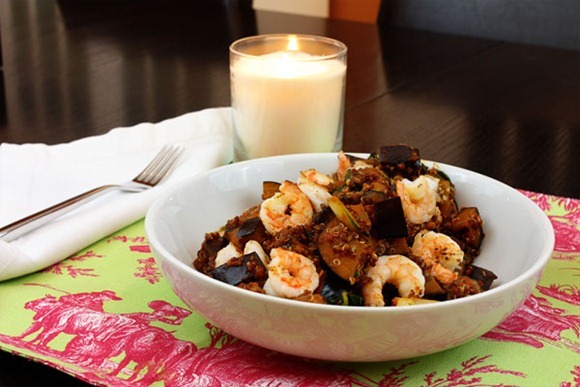 And in the company of a beer from the taps my basement. Because Italian food should not be consumed with water. 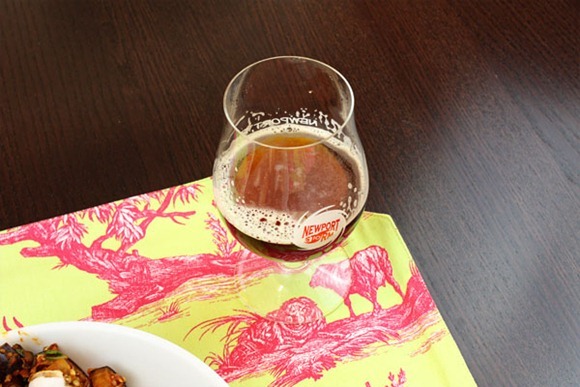 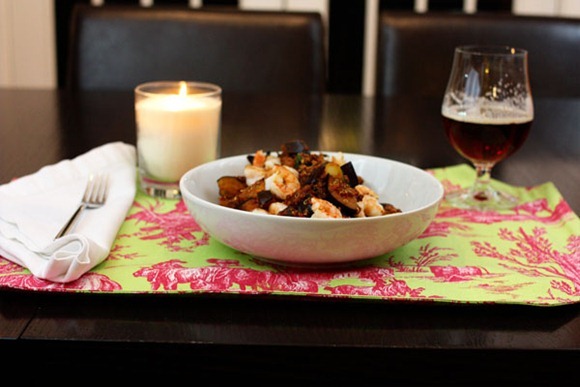 Somehow the night has carried away from me and I’ve got a Gossip Girl to watch!