You are here: Home / Charlottesville / First Friday After Five With A View

There was so much going on tonight we had a tough time getting to any of it!! Not only was it First Friday Art Gallery Crawl night, but also Fridays After Five (live music at the pavilion) and Second Street’s root top event, Brews with a View! 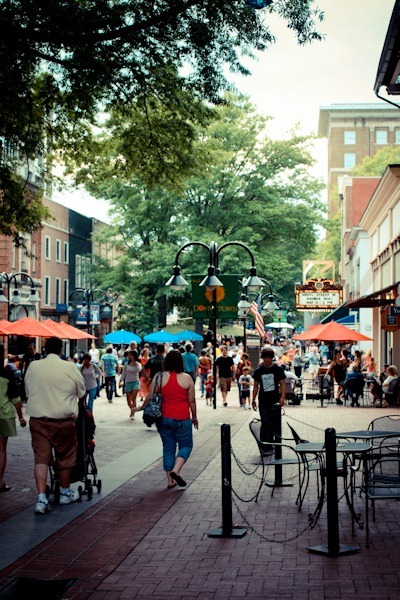 This afternoon I went to the bakery for some prep for an event tomorrow. I was craving a smoothie (common afternoon occurrence these days..) so I got the fruit, yogurt + tofu smoothie from Cville Coffee. 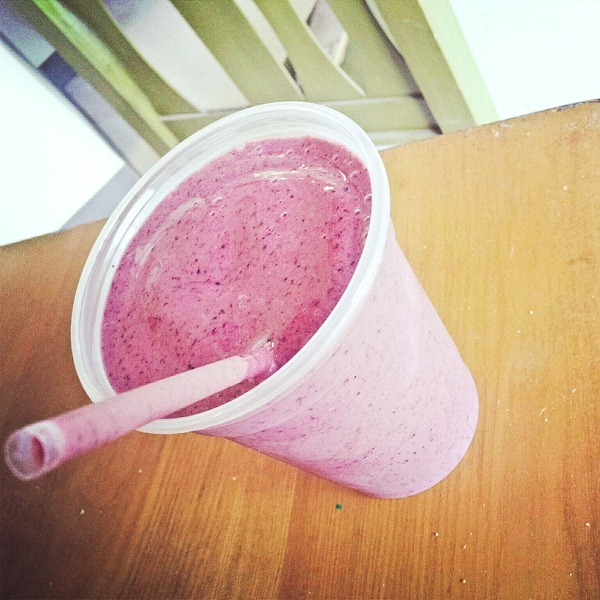 Mmmmm bread! I also had a bite of Savannah bar and the baby went crazy with kicks! 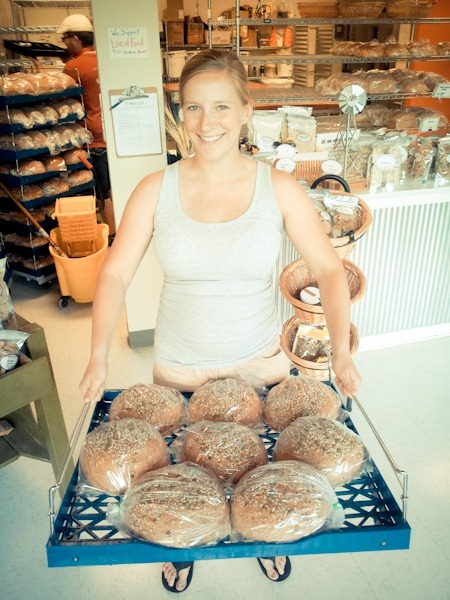 When we’d wrapped up, Matt and I headed downtown! 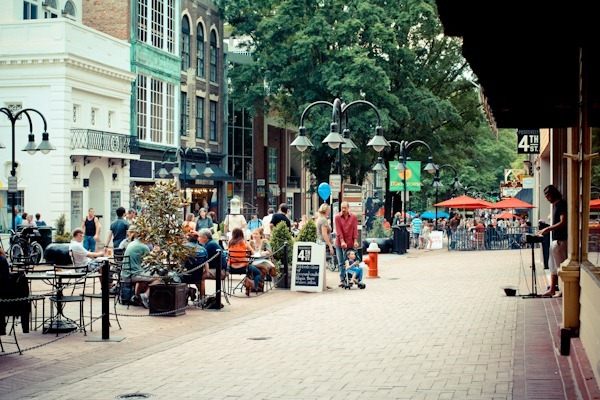 The event of the night was Second Street Gallery’s Brews with a View! 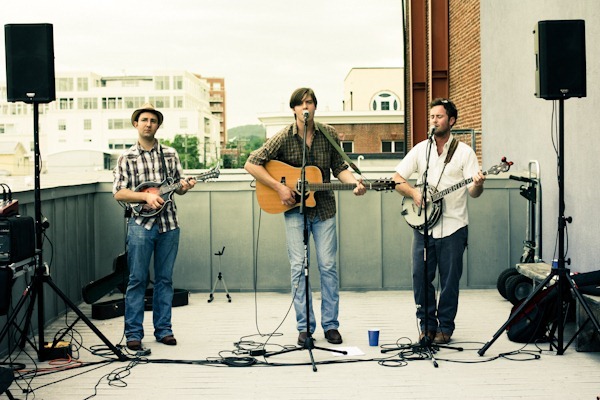 Awesome bluegrass and some great rolls provided by some bakery 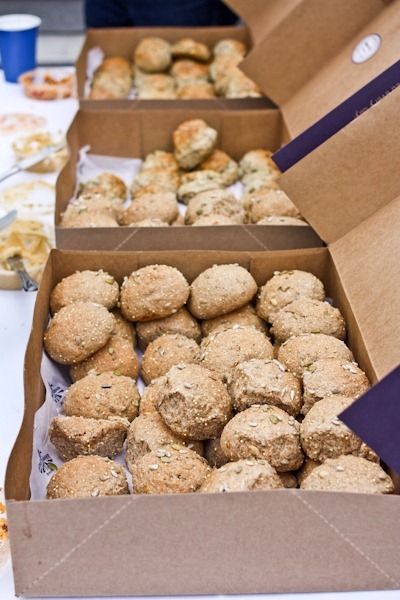 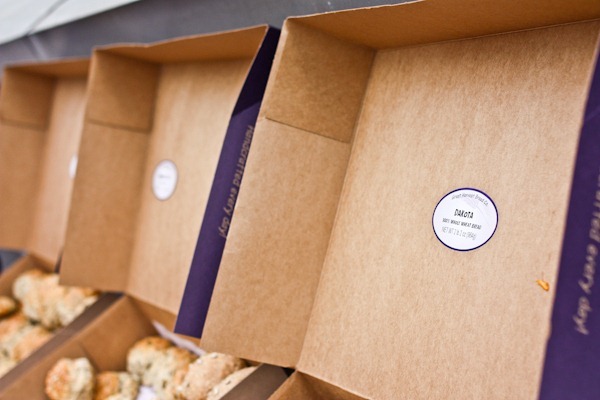 We donated spreads too and they were gone so fast! We’ll have to give more next time!

All you can sip! Love how they just put kegs in tubs. So much cooler than a bartender! 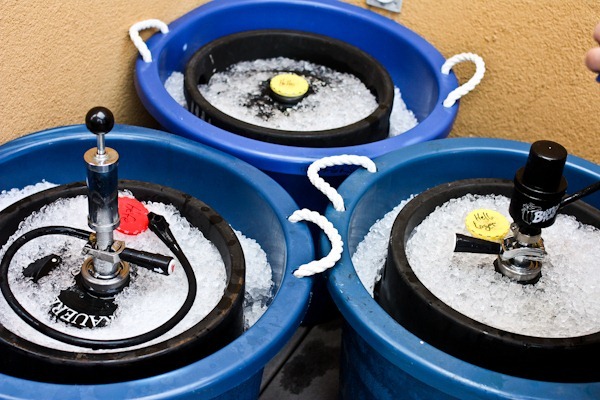 He sipped, and we both chewed a Dakota roll 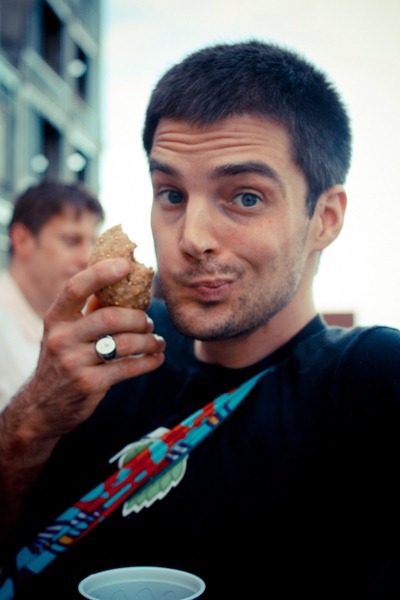 As we headed back up the mall to go to the Pavilion for some music, we bumped into Ellen and Daniel and then Sara + Juan (love small towns!) and ended up joining S+J for dinner at one of our favorite spots – Positively 4th Street. Love their atmosphere and menu full of local foods. We are also now friends with the cool manager Sarah – Hi Sarah!

The four of us shared a chips + queso to start. I had a big handful of those. 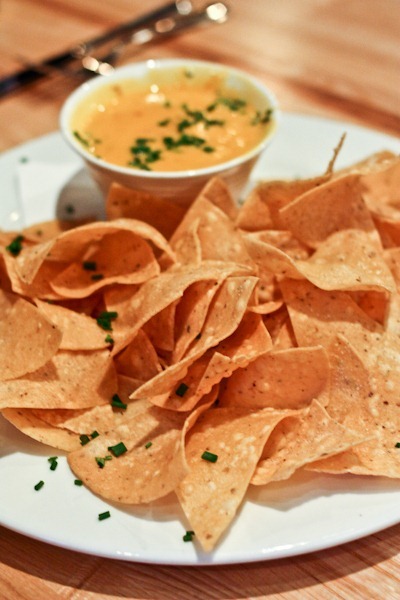 And I decided on the [local, organic] Southwest burger for dinner – topped with avocado, jack cheese and roasted pepper. 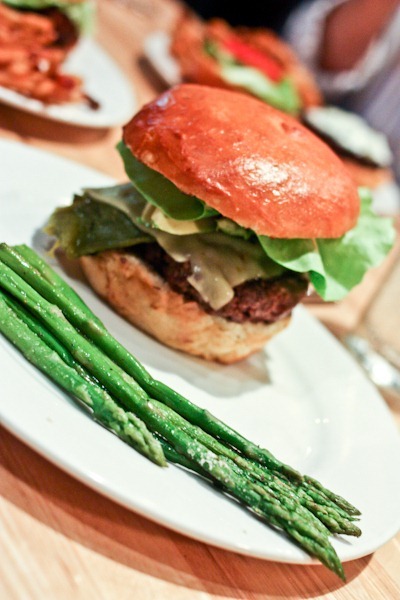 It was delicious, but I only got halfway through before I was absolutely stuffed! It’s this new stomach I have now… 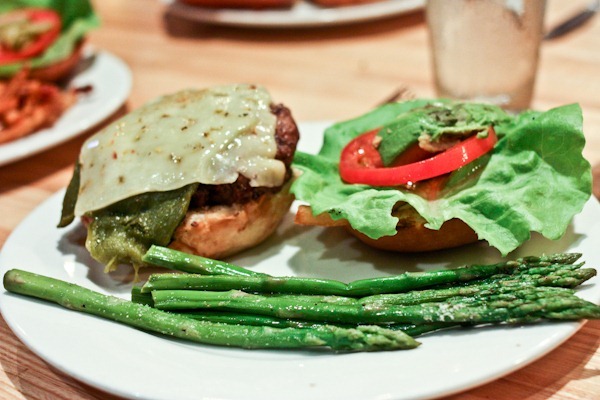 I had also had some arugula salad that came on the side (I was given the asparagus by accident, so I got both!) 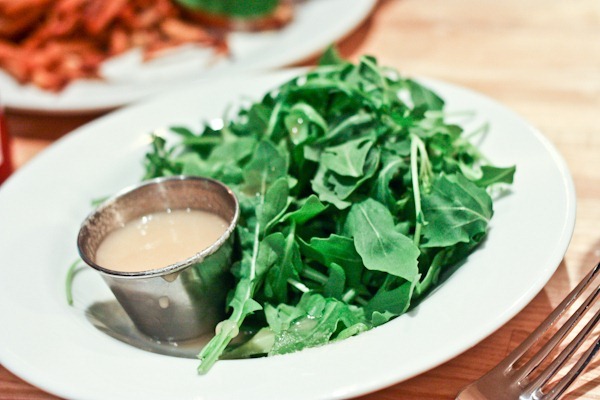 And some of Matt’s French fried taters 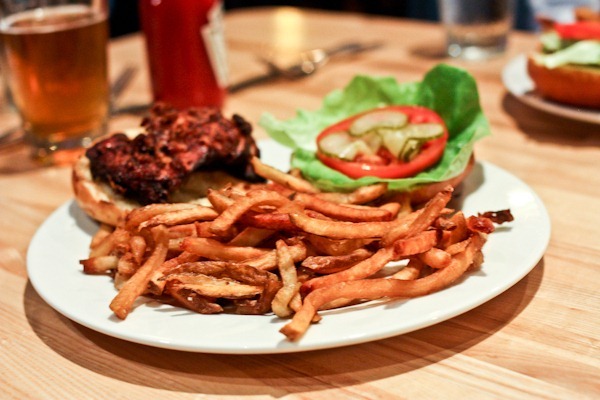 We’re tucked back at home, never having made it to the Pavilion’s live music for the night OR any of the open art galleries aside from the Second Street rooftop music. Good thing there’s always next week!