You are here: Home / Lifestyle / Fire It Up!

You saw it coming!!! 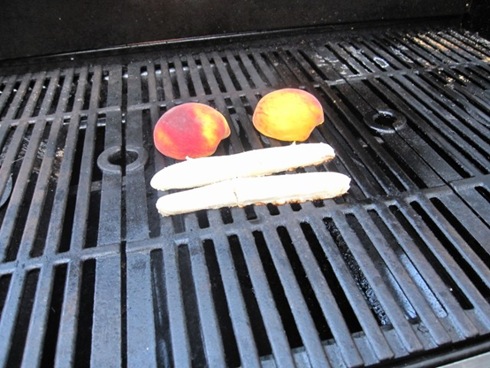 Breakfast on the grill. 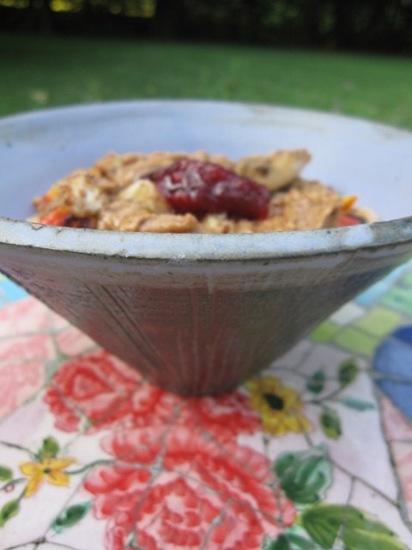 I asked Matt to leave the grill cover off last night because I HAD to grill more fruit!! (The grill cover has all kinds of bugs under it so I am now scared to open it myself…) 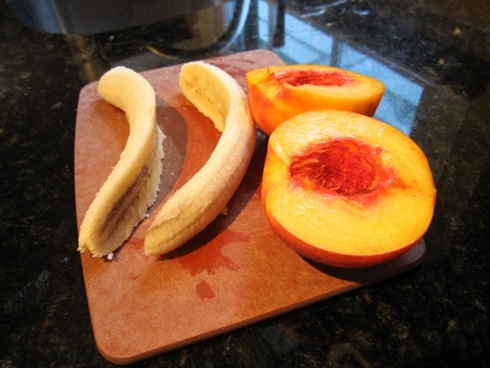 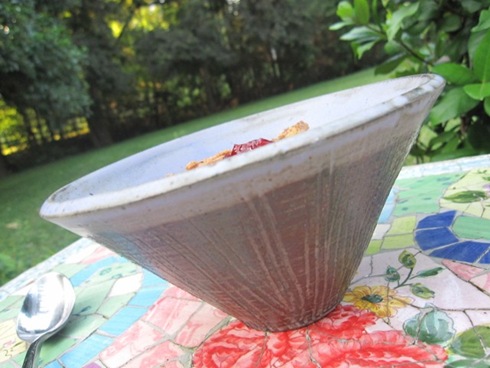 The I prepared some oat bran on the stove top (1 portion made with 1/3 milk, vanilla and salt) plus some dried raspberries and topped it with the 2 banana halves and 1 of the peaches. Plus flax, Ginger Rhubarb Preserves and Almond Haze from Veggie Girl. 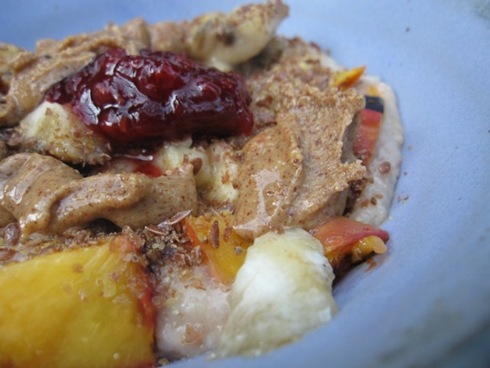 This was the best bowl of breakfast I’ve had in AGES!! (And another of my neighbor’s cool homemade bowls!) The Rhubarg Ginger preserves are from Andrea and are local in Charlottesville. Both the preserves and coffee she gave me totally stand out with excellence, as did the meals we had there. A sign I need to move there simply for the food! 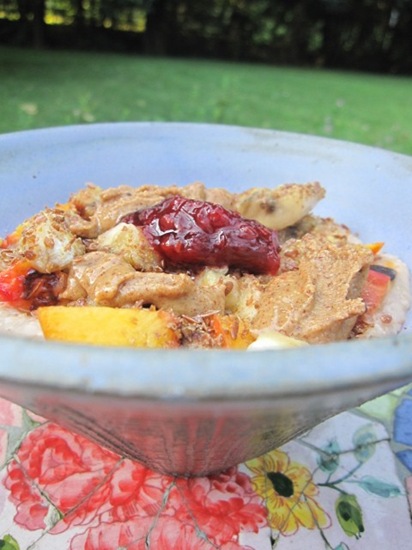 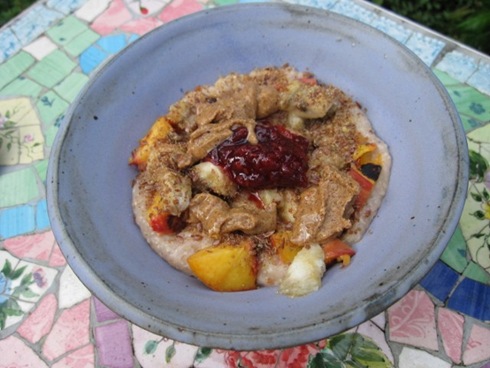 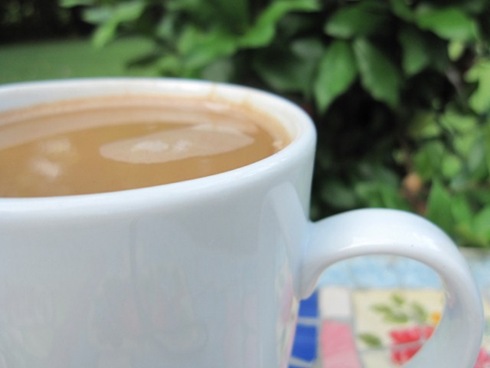 I’m a little shaken from a big mug of coffee. Need some water to dilute my veins! 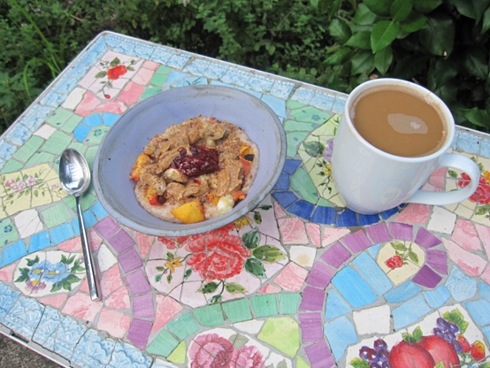 Last night I curled up on the couch with a cup of Tazo and some Chocolate Fetish dark from Asheville, NC. Ironically I got this chocolate at BlogHer but I’ve also been to the store on a trip to Asheville!

Do you want to know what I watched?

!! Whitney In Chicago told me about it and I ordered it from Netflix. It’s kind of like Sex and the City for teenagers, but I am totally hooked!Just like Sex and the City, which I didn’t know about until it was in its 5th season, I have lots of GG DVDs to watch in a row and I’m excited! 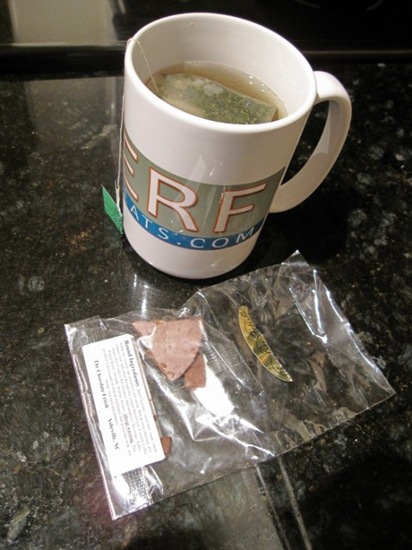 After 2 hours of AM writing and errands, I’m headed up to Kelsey’s for YOGA!! I need it – my body is stiff. Whereas I used to do 20 minutes of yoga every morning, I’ve now reverted to hot yoga class once a week. I think the little-bit-each-day plan is ultimately better, but I just haven’t had the mental willpower to do it (I think it’s more of a winter cozy thing for me). But I am loving the classes! I bought a 10-class pass at the beginning of the summer and think I’ve used 3. So long as I keep it to less than once a week, it’s well worth the cost.

After yoga, K and I are going to lunch and then I’m going to play with Penny!!!