You are here: Home / Travel / Filling A Void 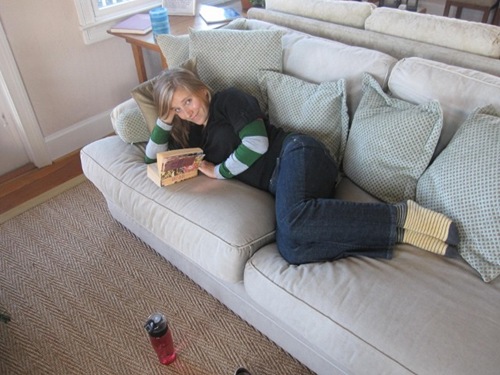 I missed out while the boys went playin’ 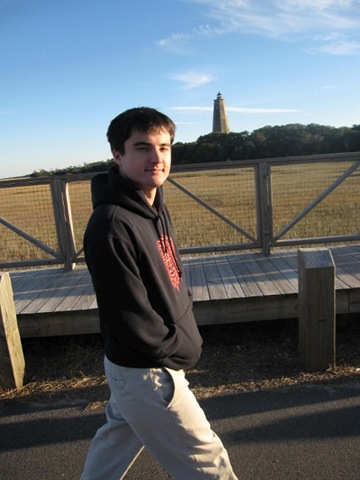 And snacked on a Fruition bar when I got hungry at 4:30 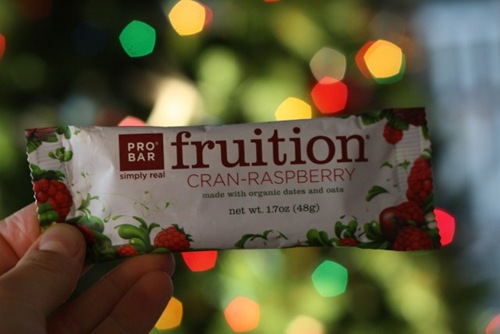 We had cocktail hour up in the suite with the view – it was a gorgeous sunset! 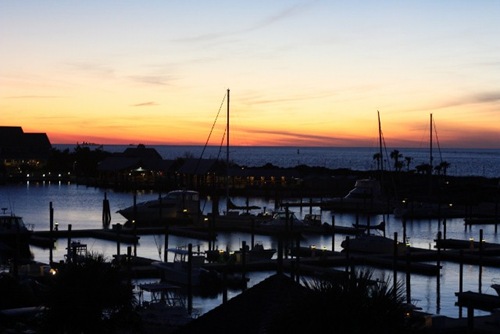 Now that Larbs + Matt are gone and our days have charged on, we’ve gotten a bit less formal with cocktail hour. 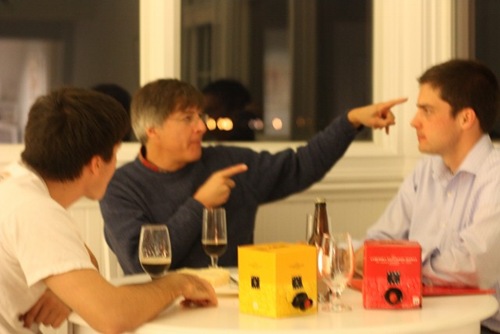 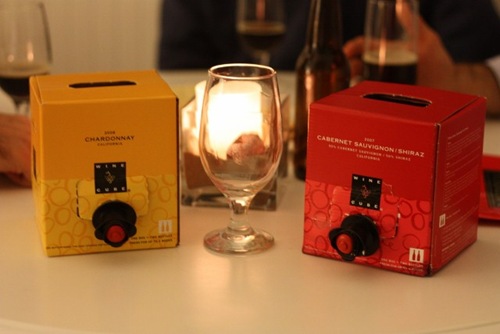 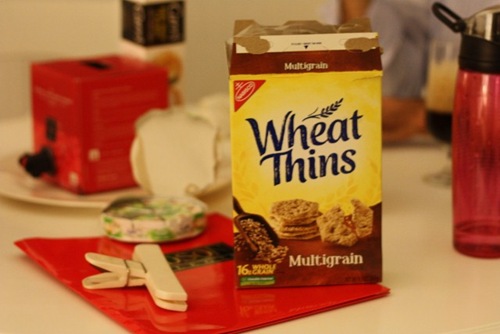 [Both of which are some of the most amazing foods 😉 ]

We thought we were out of cheese and resorted to Laughing Cows Karen brought for sandwiches. Lol. It was actually pretty good! I had about 5-6 cheese + crackers throughout the night 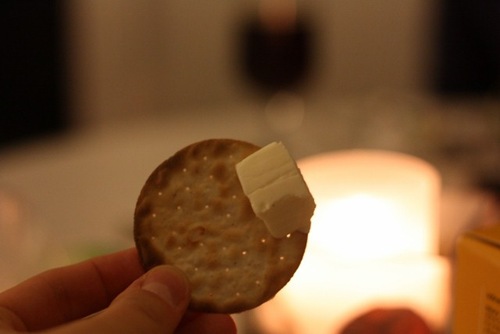 And wasn’t going to partake in the good stuff tonight, but I missed Larbs + Matt and felt the need to fill a void. Total emotional eating/drinking. 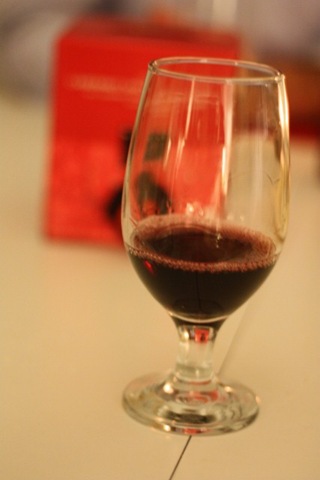 Dinner was casual but just as delicious 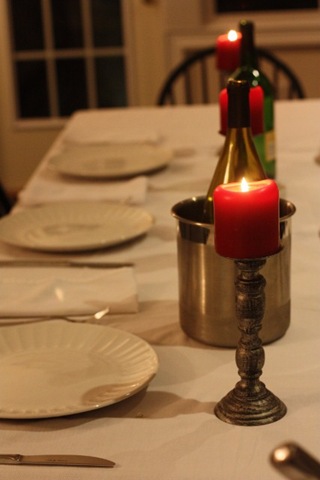 Matt and I made homemade pizzas! 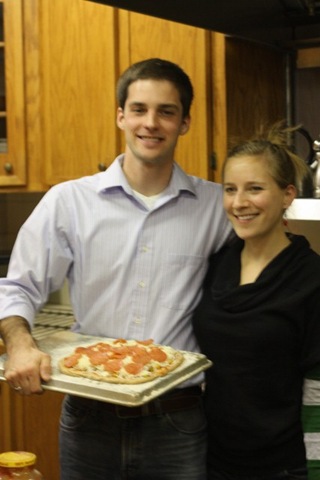 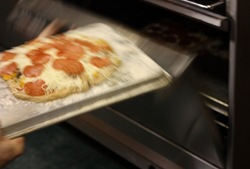 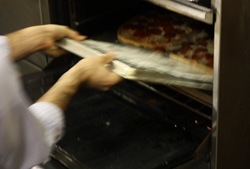 Matt made 50% whole wheat pizza crust from scratch and we topped it with spaghetti sauce, mushrooms, peppers, cheese, and pepperoni 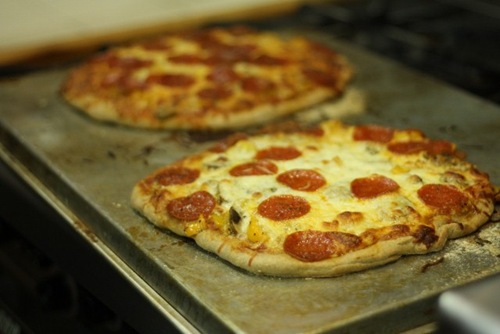 Instead of a green salad my dad requested something different so I planned a cole slaw with apples, balsamic, maple syrup, mustard, mayo (lite), and walnuts. I put pretty much equal parts of it all in a jar and shook and tossed it with a bag of pre-shredded cabbage and 3 apples. 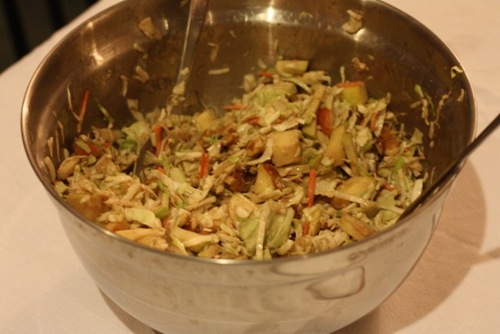 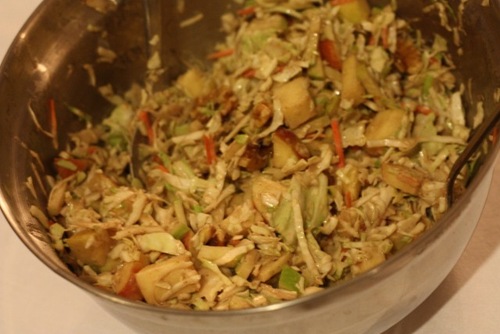 While we cooked I debated more wine. This was one of those nights when I mindlessly had more sips and pours than I probably needed. 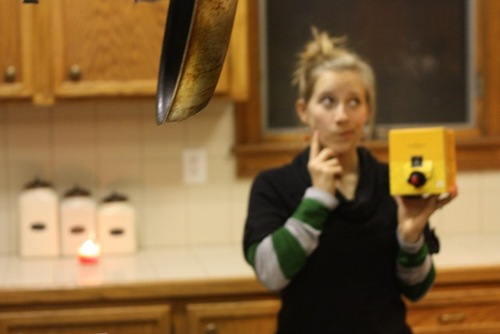 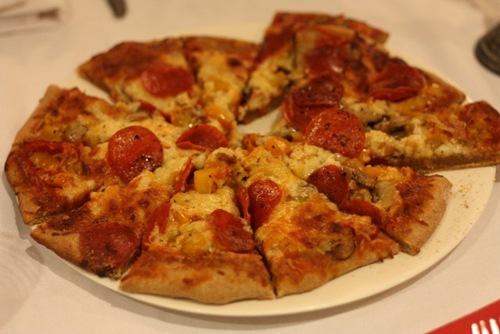 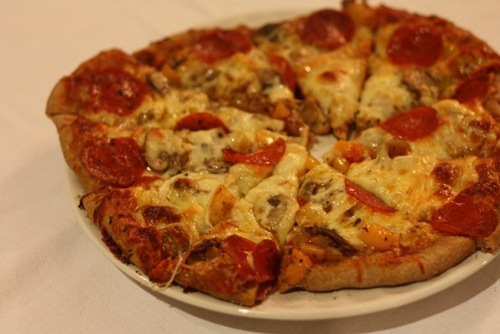 I had 3 smallish slices 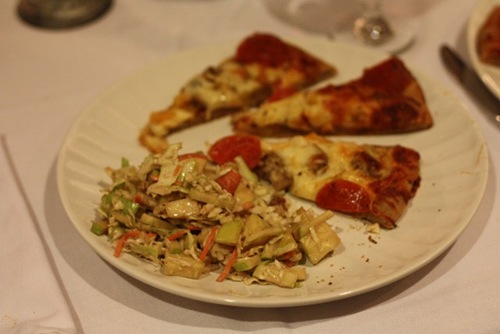 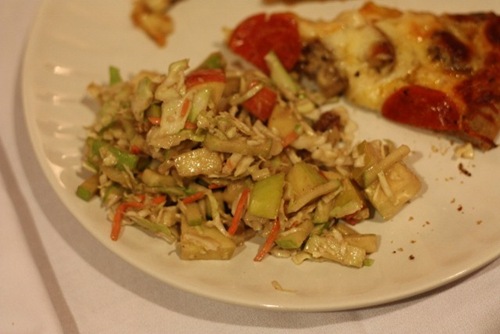 Dinner wine pour. Why was I also sitting right in front of the M&M bowl!? 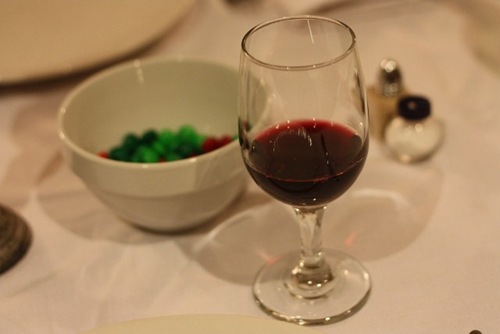 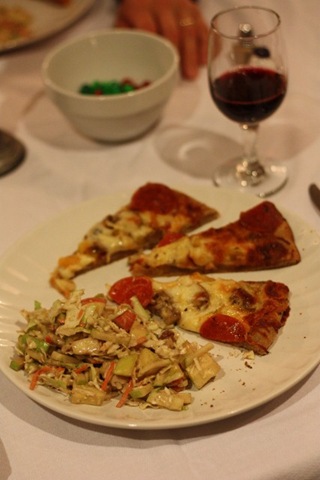 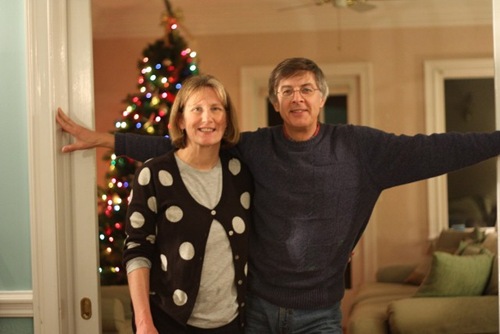 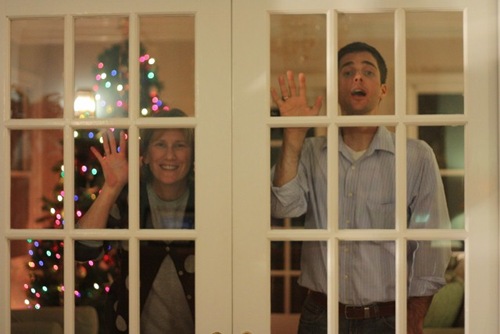 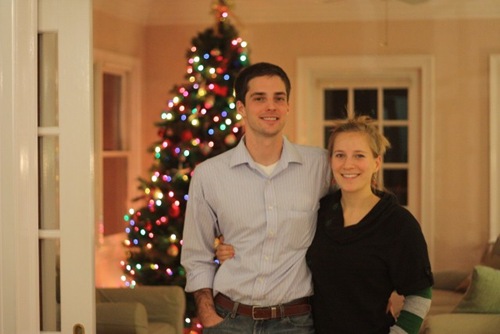 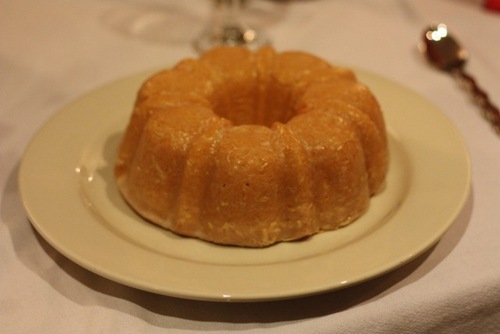 Plus only the best all natural 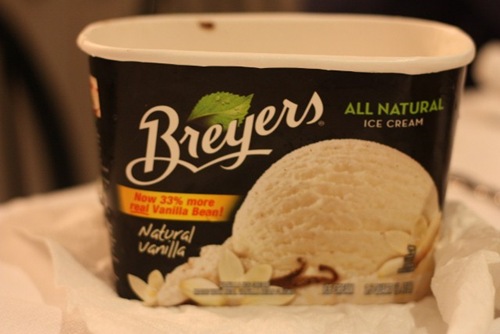 And some choco drizzle! 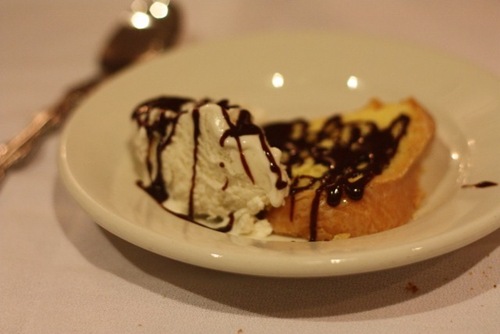 Going to read in bed – nite!