Last night marked two nights in a row where Matt and I didn’t get to bed until midnight. I did end up clearing up my inbox and we had lots of dishes to do. I begged Matt to set the alarm later than 7, but he insisted, as crew member #1 of the Great Harvest home office arrives early this morning! I’m feeling a bit tired in my head + eyes – tonight I will be in bed by 10:26!

When you’re tired, do you reach for coffee? How about CHOFFY! [ <—read all about it there] 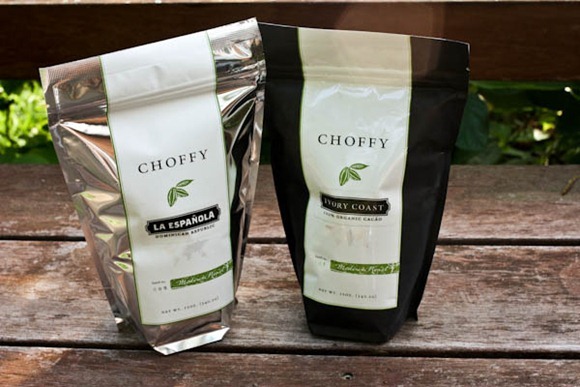 When I gave up coffee in April to try to rid myself of a caffeine dependency, Choffy emailed me to see if I wanted to try it. So far the closest sub for coffee I’ve found is PERO, which is not really all that much like coffee. It’s thick and dark and easy to mix into hot water, but I don’t really care for it in the mornings. It’s better after dinner on a cold winter night. 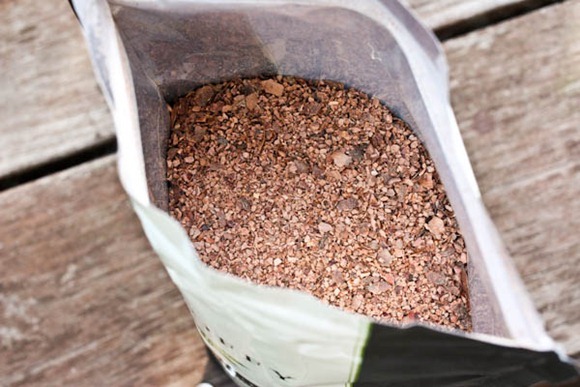 The coolest part is you can brew it in a french press or a regular coffee maker! Since we still don’t have a french press,I brewed it in the coffee pot. I added just a splash of 1% organic milk to cream it out. I don’t like my coffee sweetened, but I think this would be really good with a little sugah.

It really is like liquid chocolate. It’s bitter – like the most delicious Scharffen Berger 72% dark chocolate that I love so much – and has notes of chocolate throughout. It was not too much like coffee, and very similar to an unsweet hot chocolate. But it did remind me of coffee. It didn’t go as well with food as coffee does (I like coffee with my breakfast so much because I think it enhances food and food enhances it – just like wine). I liked it! And I bet it’s even better made in a French press. It’s the perfect thing to try for those who can’t have caffeine but enjoy a robust drink with breakfast or after dinner. I tried the Ivory Coast today, so I’m going to try the other in a few weeks. 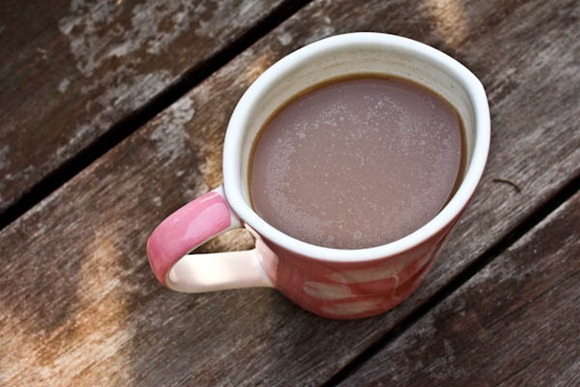 To go with the choffy, I had a big bowl of cottage cheese oats! I haven’t been craving oats as much now that it’s warmer out, but I just bought cottage cheese and had to have it! Topped with muffin + granola no less. 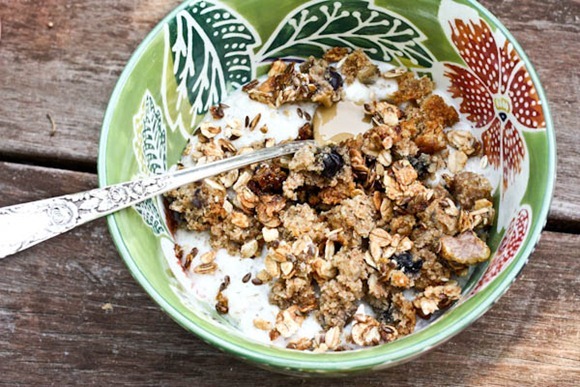 Time for another day of sandwich school!! 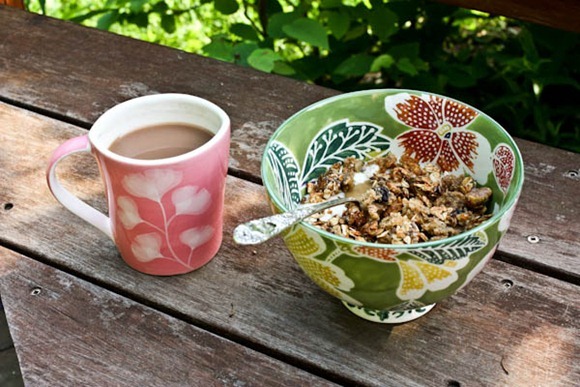