You are here: Home / Lifestyle / Fall Off The Bone 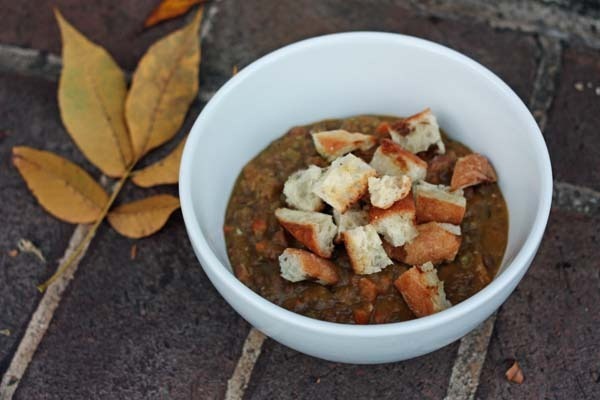 Tonight’s soup was a twist on split pea. Whole Foods was out of split peas! We had about 3/4 a cup left in our jar, so we mixed in half lentils and made split pea soup with ham and lentils! 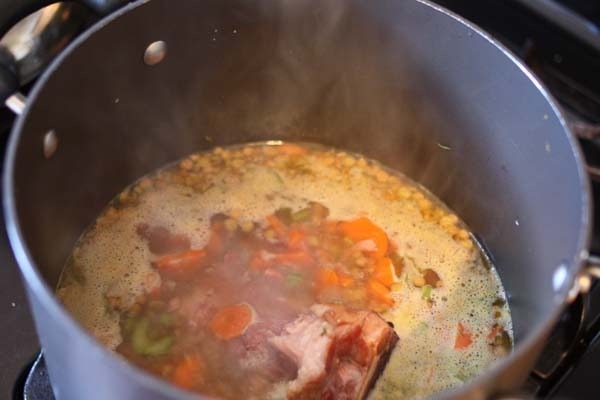 This was a "fall off the bone" soup made with a small ham shank. I picked this up from Whole Foods. Would have liked to get something local, but alas, we ran out of time on grocery day. I put my trust in Whole Foods and Wellshire Farms (which I Googled in the store) on this one and from what I read on the website, it was acceptable. You have to just do your best. 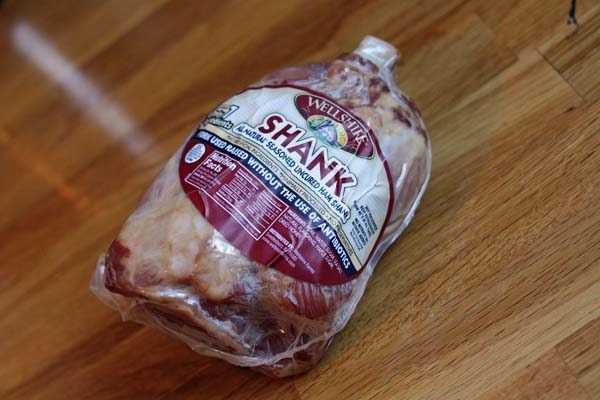 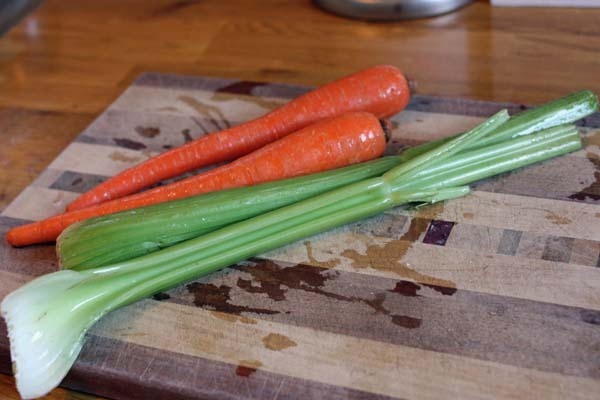 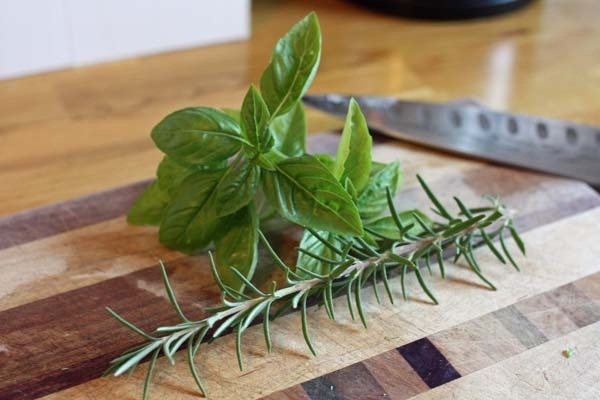 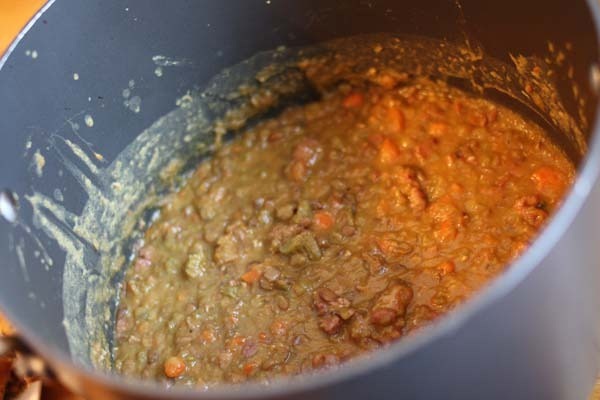 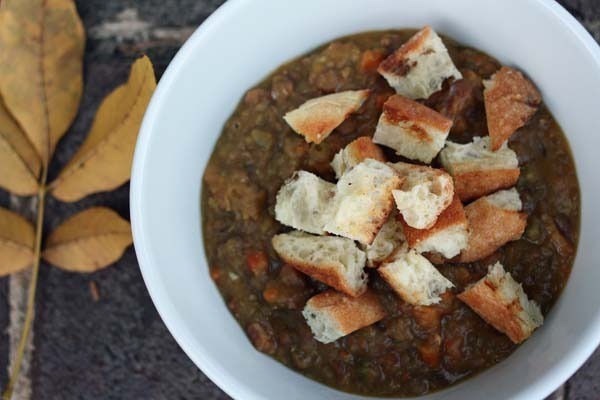 We served the soup with homemade croutons (oven at 400* for 10 minutes) leftover from my dinner last night. This was GOOD BREAD! 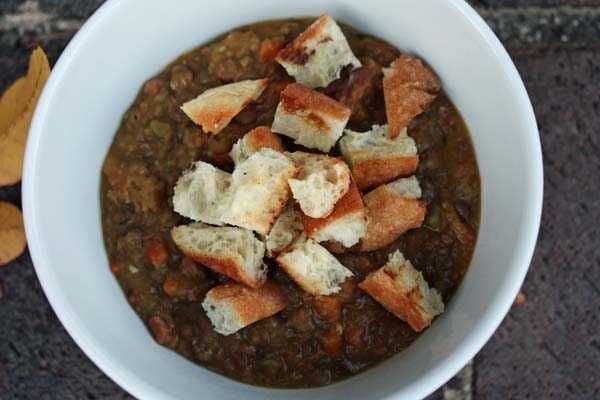 So was this!! Dakota on the side. I have to have something dry to enjoy with soup or it’s just not enough texture contrast! 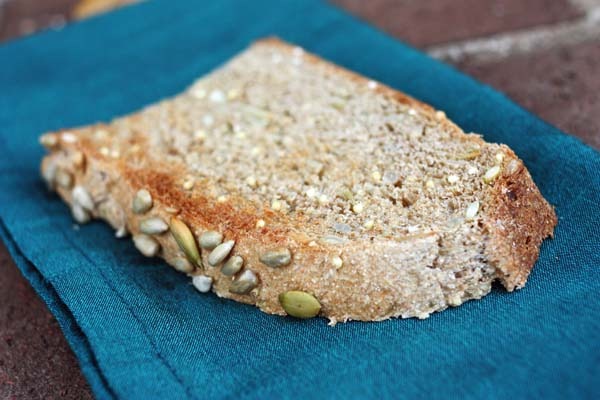 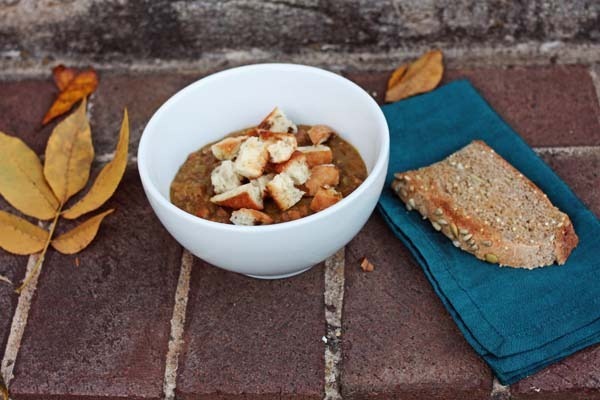 What did the masculine man eat? 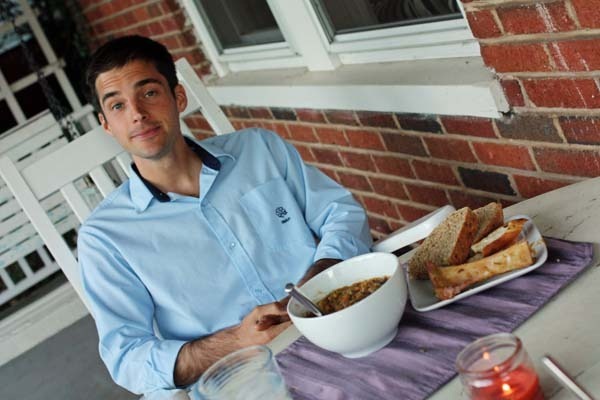 Soup, lots of bread and a bone. Mmmm….bonnnnne. 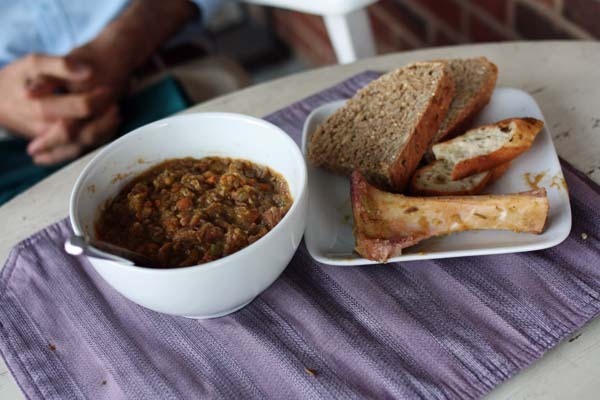 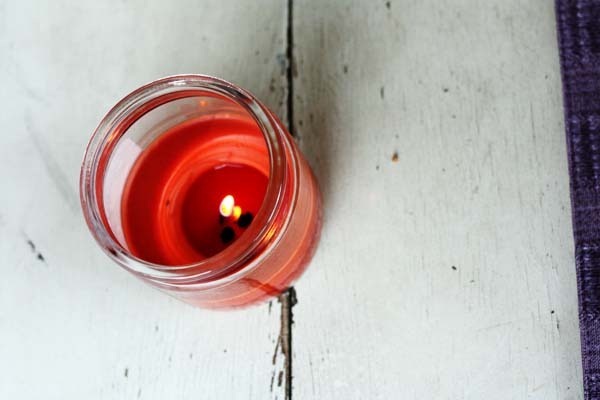 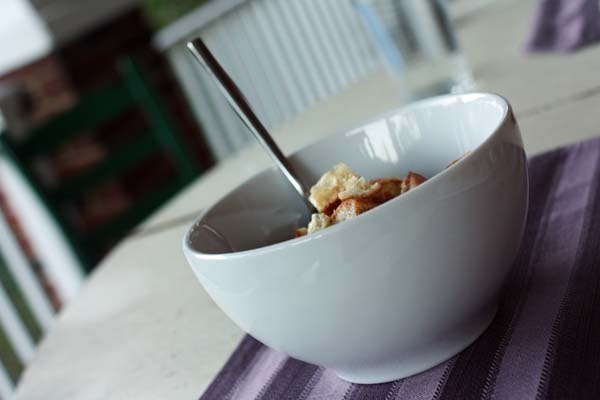 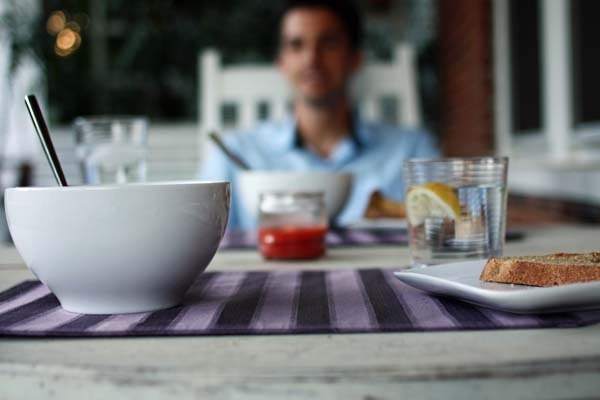 We are CRUSIN’ through our Nexflit queue these days. It’s because we’ve been eating dinner at 6PM! Suddenly we have the whole night to watch a movie. We watched Man on the Moon earlier this week and liked it a lot. Love period films, if you could call 1969 "historical"! Tonight we have Monster. I know absolutely nothing about it!

With the movie, we’re sipping an Imperial Stout from brewmaster Evan here in Cville (and Matt’s new friend!) 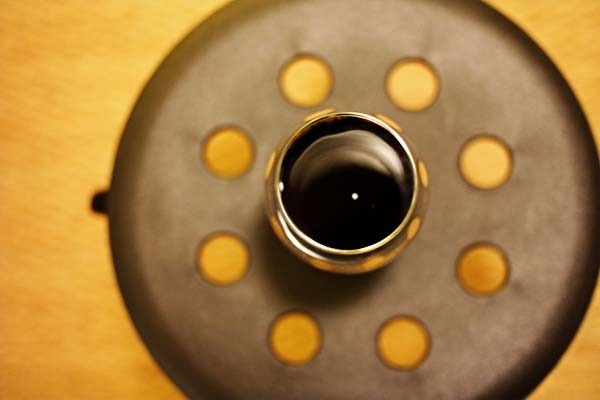 This beer is SO sweet and SO dark that it’s like wine. Hence the wine glass. 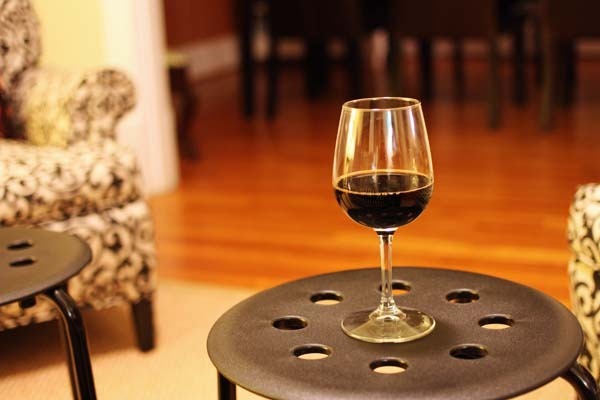