We kept dinner on the simple side tonight since I didn’t really have anything planned but a big acorn squash. But it was a great sampling of autumn tastes!

This afternoon’s trip to Costco was a success.

I’ve seen it before in regular grocery stores but haven’t ever tried it. But I remember a few blogs raving about it, so I got some for a party tomorrow night. It’s awesome!! SO creamy. And I’m sure that’s from extra tahini and olive oil, so it comes with a caloric price. Just something to keep in mind… I had 2-3 tbsp with a few crackers when I got home to try it out: 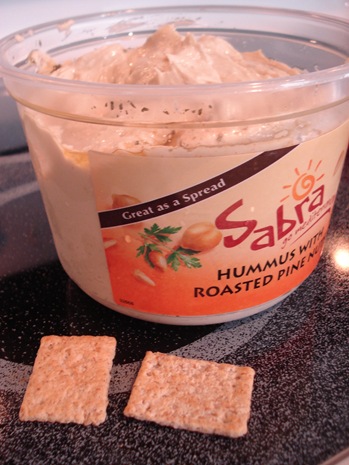 Followed by an official snack an hour later of H2H, granola plank, vanilla soy milk, wheatberries and PB on a spoon (already eaten!). 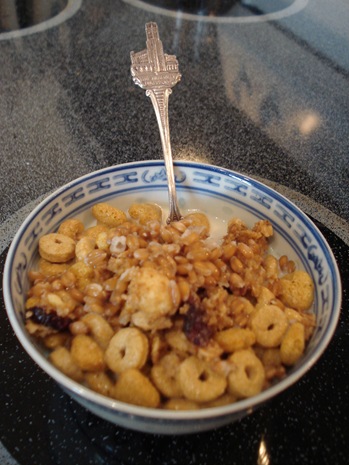 So for dinner we each had half a acorn squash, complete with a little butter, walnuts and brown sugar. We just cut him in half, scooped out the seeds and baked it cut-side-down in a pan with a quarter inch of water for about 40 minutes at 400*. Then we flipped them over and added the toppings for another 5 miles. This squash was a 2-pounder, so I guess I ate a pound’s worth!! (We eat the skin too. It’s a little odd at first, but just like eating the skin of an apple or sweet potato). 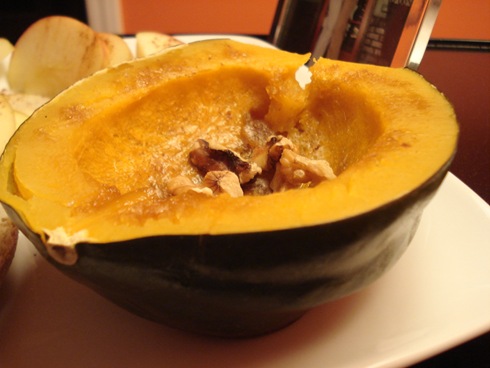 Plus a slice of toasy homemade bread with some Sabra hummus – 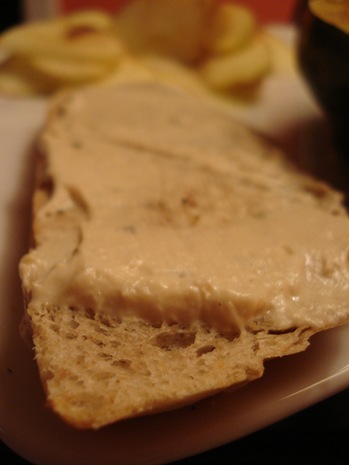 And a fabulous Honey Crisp apple (half each) with cinnamon 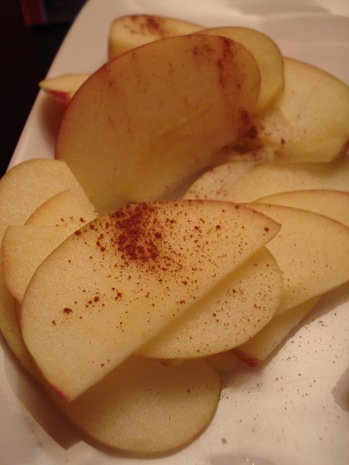 We’re in the middle of movie night and watching The Painted Veil, so we set up the candlelight movie atmosphere. 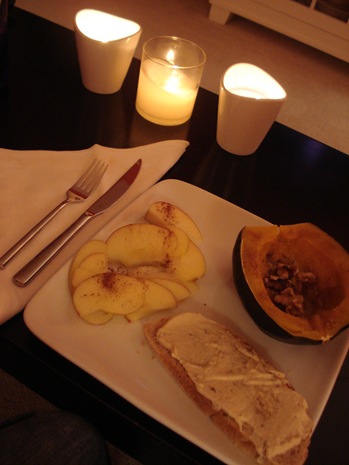 I am busy chugging water to hydrate for the morning. And I think I probably had about 2,000 calories today, so I should be well fueled. Tomorrow’s afternoon wine festival and pizza night is bound to lead to another day of overeating, but I’ll be back on the moderation wagon on Sunday.

We’re waiting for Sarah and Josh to arrive. They are making the trek from Durham to spend the night at our house and run the race with us. It’s going to be an early morning:

My only two other 5K times were 27-something when I ran Race for the Cure in high school and 24:48 in the spring of 2007 at Run for the Roses in Raleigh. I was SMOKIN’ at Run for the Roses, and it was a 2pm race on a gorgeous sunny warm spring day. My goal was 26:00, and I had no idea where my time would be. My goal for tomorrow is to beat 24:48, but I don’t think it’s likely I’ll ever run that fast again because it was really my perfect race. I never run my best at 7:30 in the morning! But we shall see 🙂

Back to the movie.