You are here: Home / Weekend / Everything In Common

Our friends Maggie + Dave got married this past weekend! Dave is a long-time friend of Thomas’s. Shortly after Thomas and I started dating, he took me as his date to another friend’s wedding. (This was before you guys met him!)

That night, Dave came up to me and said the nicest, kindest things about Thomas. That he was the most loyal and trusting friend imaginable and that I had a snagged really good guy. I knew I couldn’t let Thomas go after his best friend said such complimentary things! At the very same wedding, later that night, Dave rode the bus back to Richmond and sat next to Maggie and a romance blossomed. Three years later – they are married!

And here they are the night before our wedding!

Thomas was one of Dave’s groomsmen and so we joined a group of family and friends for the rehearsal dinner at Common House on Friday night.

The food was amazing! 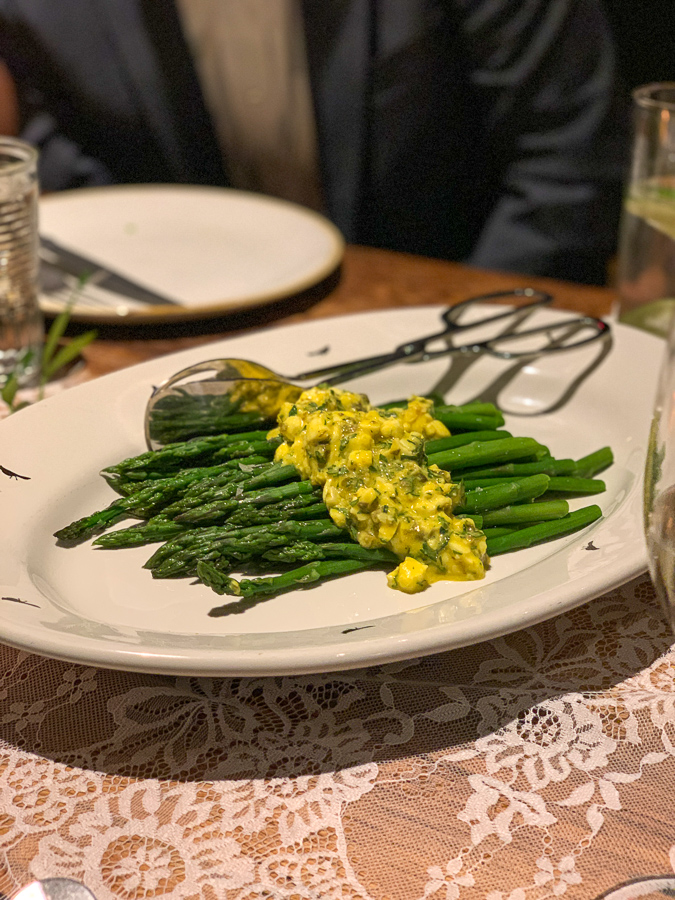 We enjoyed lots of great laughs and toasts. And I had one too many glasses of the most amazing Lodi red wine!

Grammie and Pea were here the whole weekend to help us out with babysitting, which was very much appreciated! Thomas made us JM Stock biscuits with mini omelets for breakfast.

Mid morning I left Birch napping and went with Mazey to the farmer’s market. I haven’t been to the market in an embarrassingly long time. Once we moved to this house, we were just a littttle too far to walk but too close to drive. It’s a dumb reason, and I need to get back on it! Especially since Mazen loves going. He rode his bike and I ran!

Once home and rinsed off, I nursed Birch, and then Thomas and I went to a wedding day pool party at the house some of his friends rented. We picked up smoothie bowls from Juice Laundry on the way there. CB&J + spinach for me!

Look at that good lookin’ group of guys!!

Back home later that afternoon I tried to take a short nap while my mom and Mazey were playing and Birch was taking his afternoon nap, but of course the little sensors in Mazen’s head went off that his mother was resting and he had to come find me. No nap for mommy!

Thomas was getting ready for the wedding with the groom – I couldn’t wait to see him!!

I’m skipping over the wedding to share that in detail with you tomorrow – it deserves its own post!

We got home late (midnight) from the wedding, and little B was up at 6:20. I was mentally prepared for this and took first shift with him. (I also intentionally only had two glasses of wine knowing I’d be up early – SO glad I did!)

Around 10 I showered and got dressed up again to go to a friend’s baptism brunch! We had delicious pastries and quiches on the patio. Sadly I didn’t take any pics! Mazen came with me and played an epic game of hide and seek with the other kids on the property.

I DID get in a nap in the late afternoon for about 20 minutes, and it totally recharged me! We had our neighborhood picnic that evening. Our neighbors organize an alley party every summer and do such an amazing job getting everyone together. Note the homemade sign : )

We made these smoked salmon sliders and they were a hit!

Love potluck food!! (I had two sliders and some cookies too!)

And thanks to Grammie + Pea for making it all possible. Birch did great with his dinners + bottles + bedtime!