You are here: Home / Lifestyle / Everything Cooker 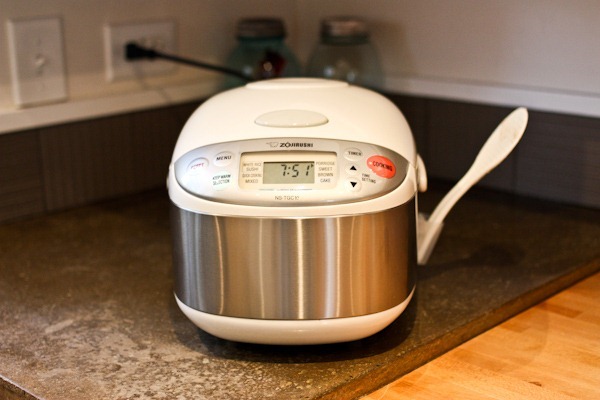 I bought this rice cooker after talking to Emily about 10 different times about it. I was hesitant to drop so much money on something I’ve never used before and when there are less expensive models out there. But I kept coming back to a few features this one had – timer, multiple settings, and a friends oath of greatness. So I got the lesser expensive of her two Zojirushis.

I bought the cooker for cooking RICE + GRAINS, not oatmeal. Emily makes steel cut oats in hers daily, but I prefer stove top rolled oats and the hundreds of cooking techniques to chewy steel cut. But that doesn’t mean I won’t give rice cooker oats a try now and then for fun. I love the idea of setting a timer and having breakfast waiting on a lazy day. And what a great way to feed a crowd!

Since I didn’t have any steel cut oats, I chose Coach’s Oats, which are like quick cooking steel cut. 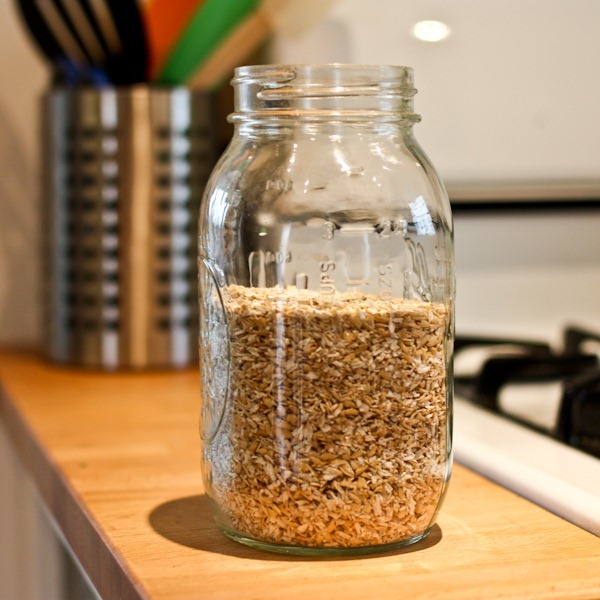 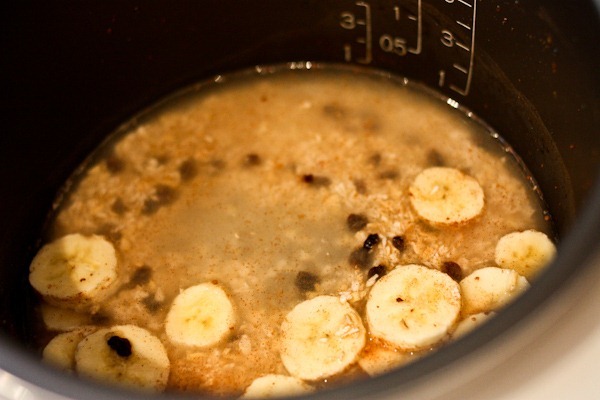 I set it to porridge and pushed go. 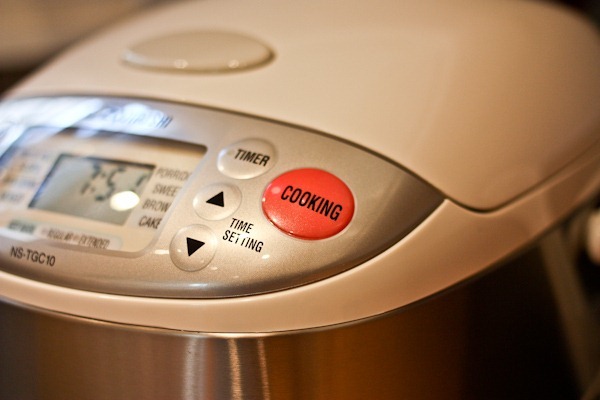 But since the porridge the manual refers to is something made with rice and because I was using quick cooking oats, I went back after 30 minutes when I started to smell the wonderful oat aroma. I listened. I hear sizzling and feared I was burning them so I opened it all up and found my oats were ready! Had I waited for the whole cycle to complete(which I think was over an hour’s time), I’m sure they would have burned. I’ll try the white rice setting next time!

Pro: I was able to do chores while they cooked

Con: I wasn’t able to rely on a timer to tell me when they were done. 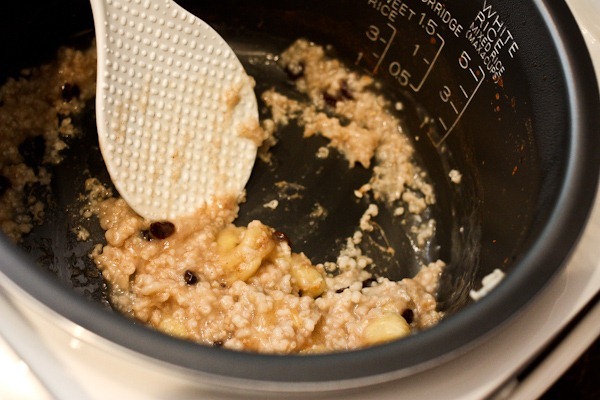 Topped with some chia charger and strawberry poppyseed jam! I forgot to record whoever gave me this jam, but it is fabulous! 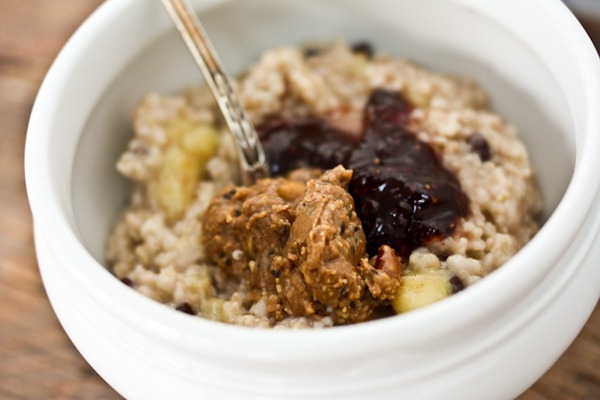 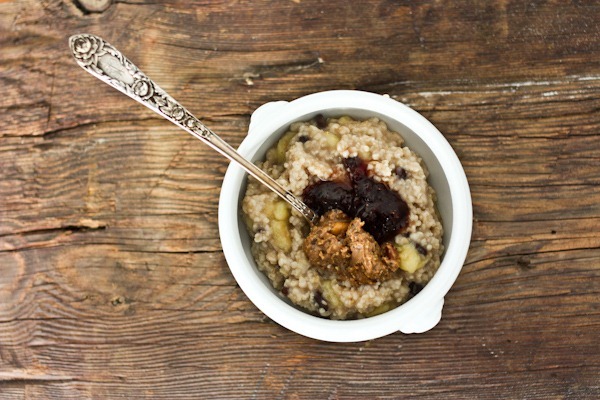 Another con: I like to add milk to my oats not just for creaminess but for the protein + calcium. I’m not sure how milk would have worked here (would it burn?) so that’s a drawback of rice cooker oatmeal. 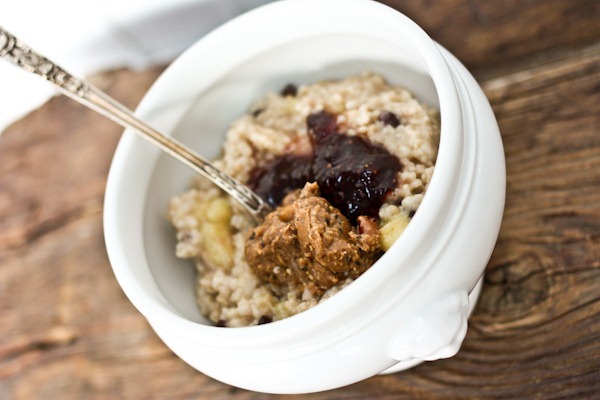 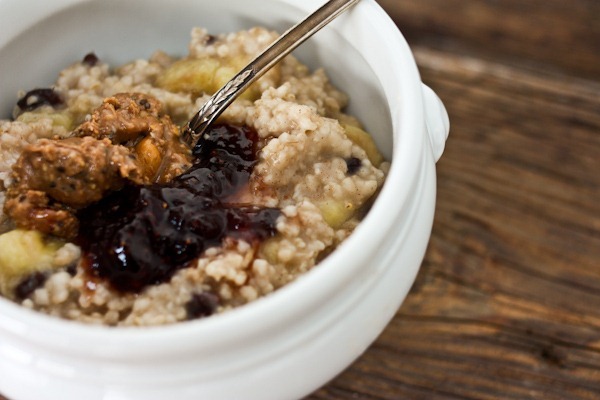 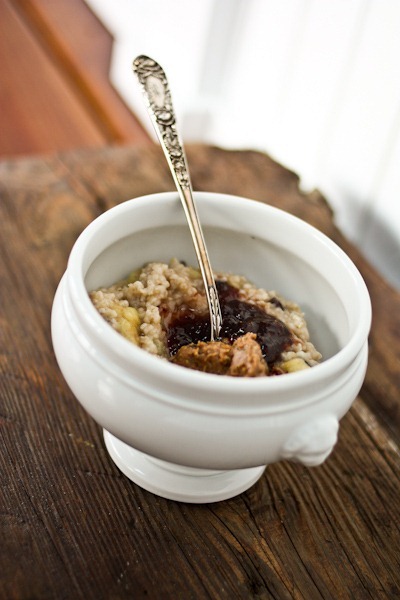 I’ll keep fiddling with this until I find the right setting and proportions for quick cooking oats. I’d love any advice you all have!