Today I was just a little insane in the membrane. It was one of those days when I couldn’t catch up with myself. But I did get a ton done, and around 5:30, my shoulders asks me: “WHY HAVEN’T YOU DONE YOGA IN 2 WEEKS?!” 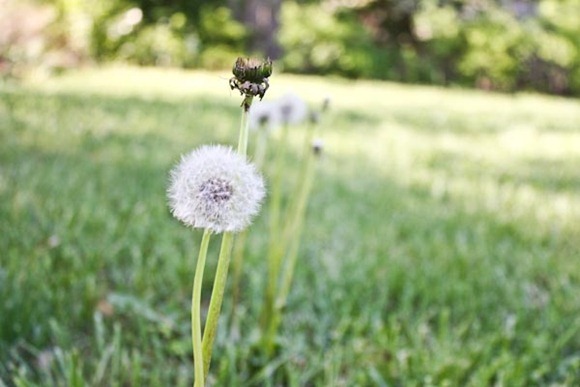 Whoops. No wonder they were hurting!

After some pondering on how and where I wanted to do yoga, I decided the weather was so nice I’d pull a Faith and just put my matt right out on our deck. Our living room is so not yoga friendly. 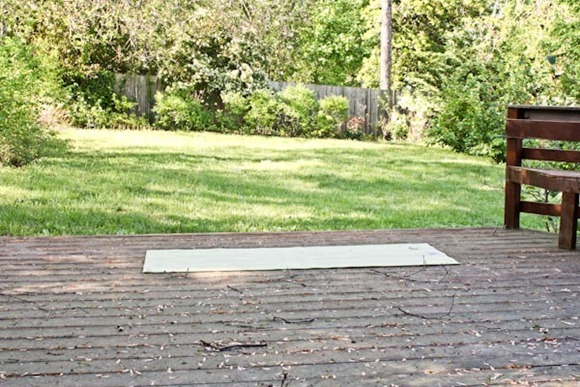 GOOD CALL!! It was GLORIOUS!! I put some music on my phone (Cousin Chris’s tunes and some Brendan James mixed in!) and did my own yoga class. The minute I got upside-down in a down dog, followed by an awesome rag doll, I felt the stress literally drip out of my shoulders. 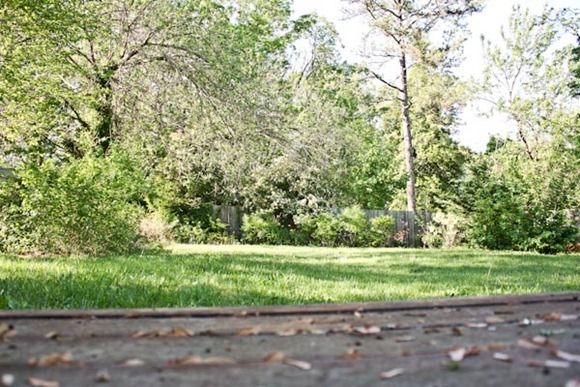 I have done enough yoga in my life to know the basic components of a vinyasa class. I did a lot of long holds to stretch my body out and made my way from vinyasas to warriors to triangle/half moon/standing splits to chair pose and a little bridge and wheel and finally a really long savasana where I closed my eyes under this: 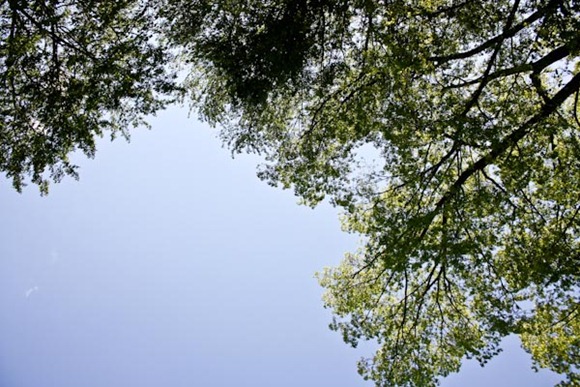 It took me about 30 minutes! I was very proud of myself. In the end I just laid there for a while and earth-watched. 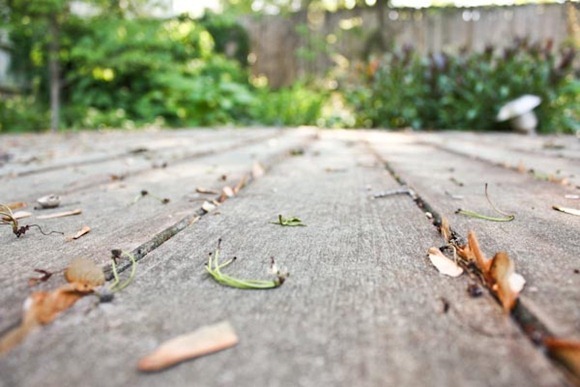 Then I showered, got fancied up and greeted Matt so we could walk to dinner with Faith + Tate. 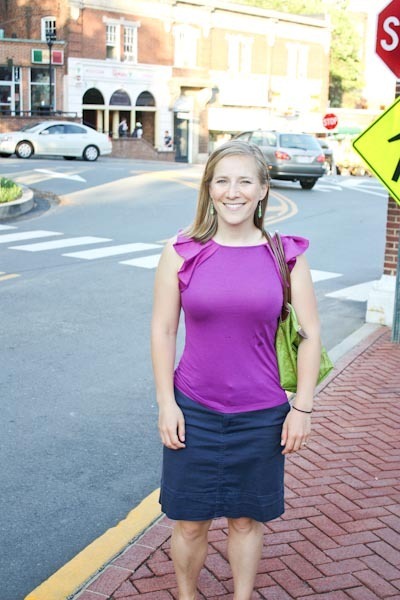 We went to Baja Bean, where beers are only $2 during happy hour!! What a steal!! 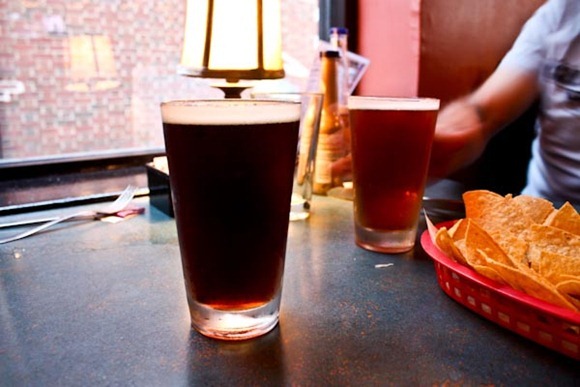 Chip and salsa [and a few of F+T’s nachos] were munched, but I held back because I knew I had a salad shell on the way 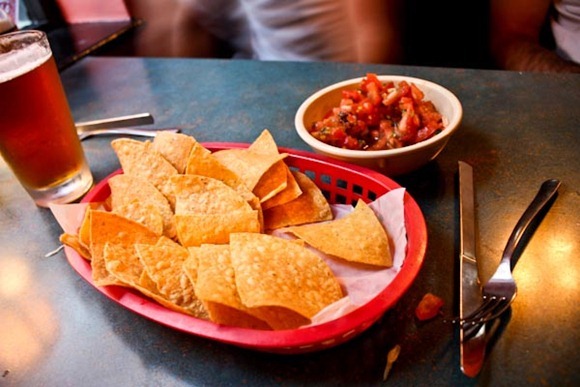 The last time we went to Baja Bean I was totally impressed by my shrimp fajita salad. So much I haven’t stopped thinking about it since September 12, which luckily I could track down thanks to this blog! It was fresh and full of lettuce and veggies and juicy shrimp. 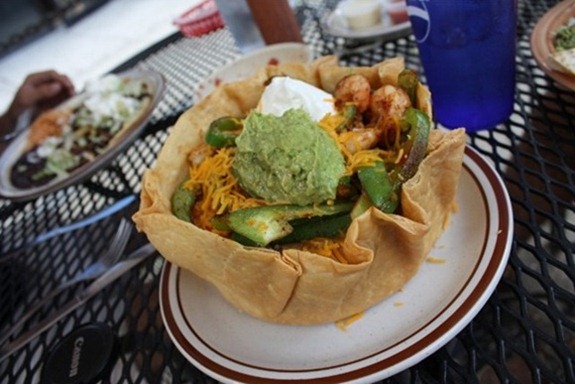 This time, the salad was TINY. Barely any lettuce at all!! It didn’t even fill up half of the bowl. The shrimp were not very good either, and the whole thing was just kind of gloppy. BB has changed its menu and we all agreed not for the best 🙁 I left most of my refried beans and all but one bite of my shell. 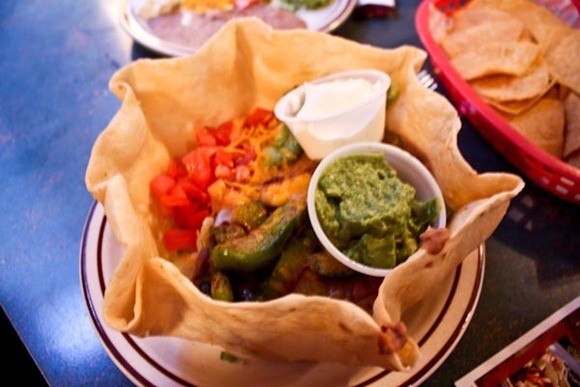 I also accidentally brought my wrong lens – this is the stock lens which does not have as low of an aperture as my Canon 35 mm f/2.0 and does not take very good photos in low light! So here is Matt’s blurry giant burrito, which he demolished! 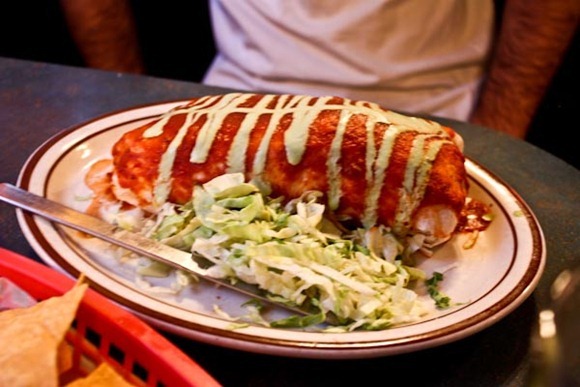 We walked about 3 miles round trip to dinner. It was tempting to get Arch’s Gooey Brownie after, but we were all too full.