Lots of soccer today!! My Jawbone says I covered 21,188 steps in 10.05 miles. I don’t think that’s a record, but it’s one of my highest days! Definitely feelin’ the burn. 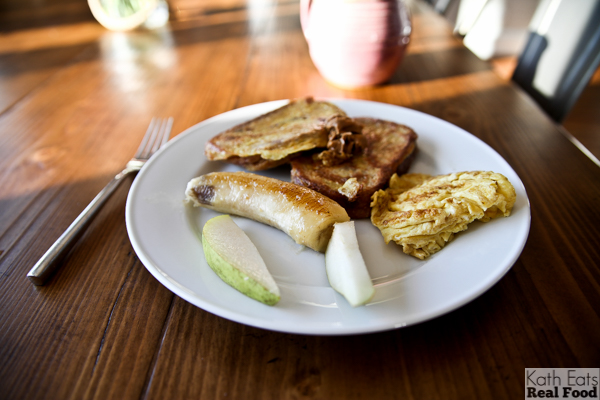 Breakfast with my sweet! 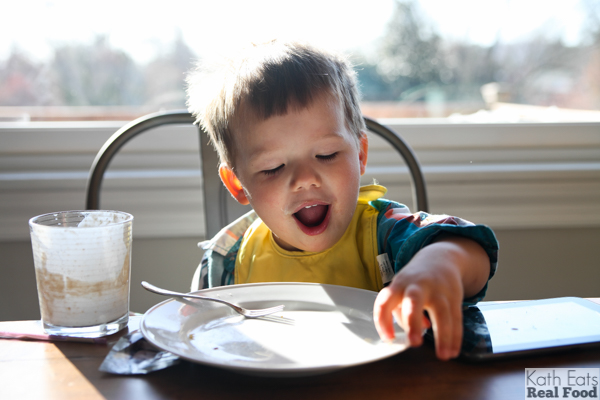 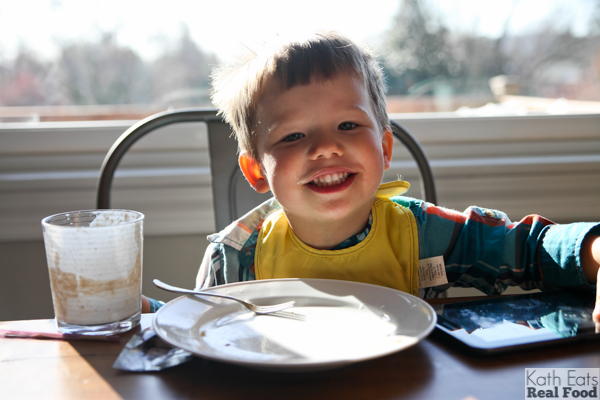 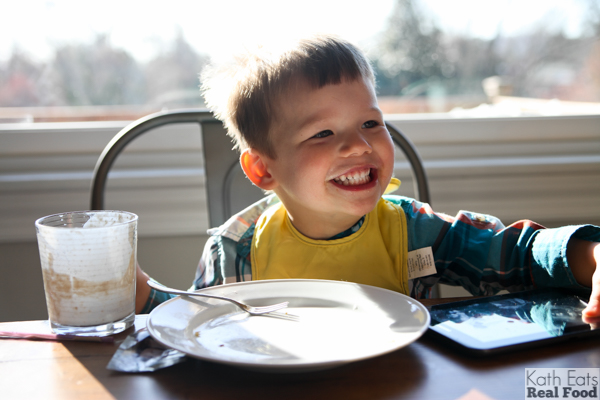 We had raspberry swirl French toast with a little extra scrambled egg, cooked banana and pear slices. Fuel for game #1! 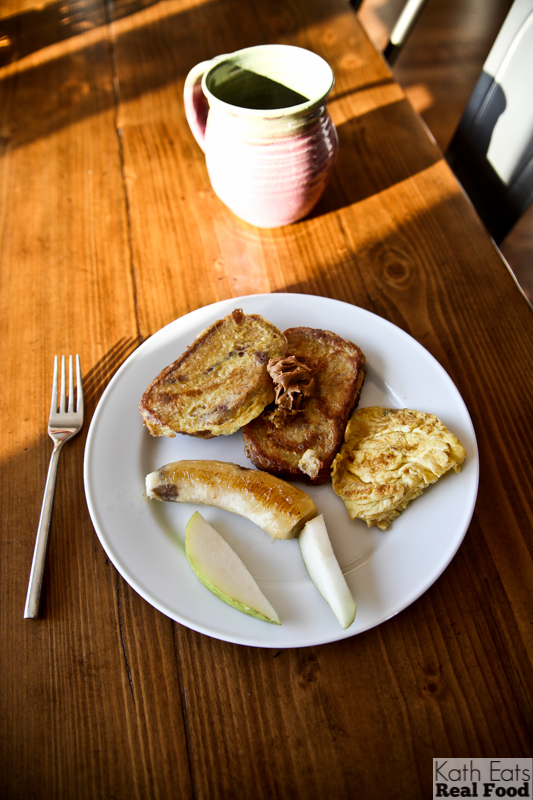 Game #1 was on turf. I always wear my rain boots to games because the grass fields have lots of mud plus they are so easy to slip on and off. 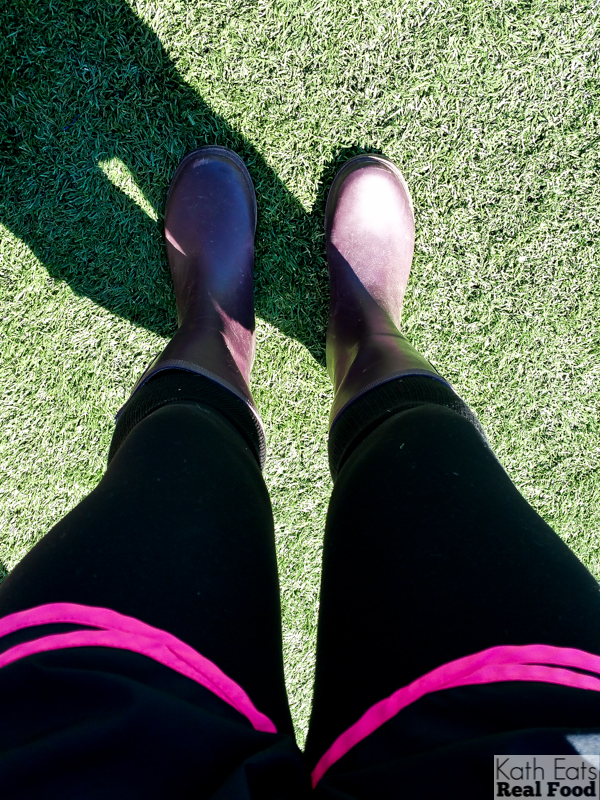 Game #1 (my co-rec game) wasn’t the greatest. The team we played was waaaaayyy better than Division 3. However, despite the loss, we pulled off a really strong game. 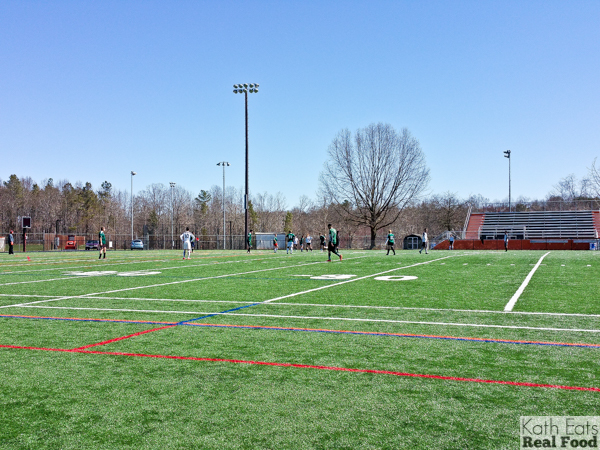 I had a 2 hour break before my women’s league game later. I debated whether or not to shower but eventually decided on a rinse off (didn’t wash my hair). Otherwise I don’t think I could have sat on our furniture! Also debated what to have for lunch. Can’t do vegetables before a game, so I settled on a nice PB&J. 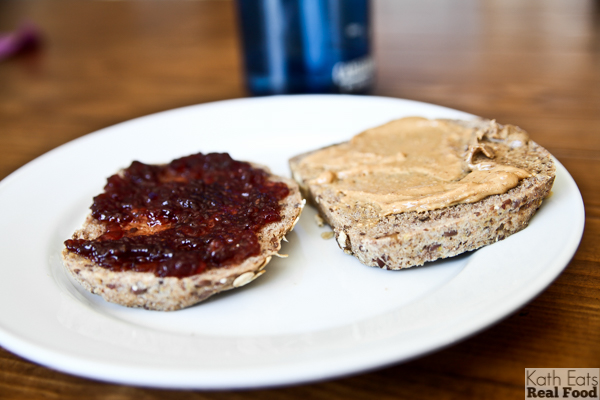 Plus a glass of milk for easy-to-digest protein! 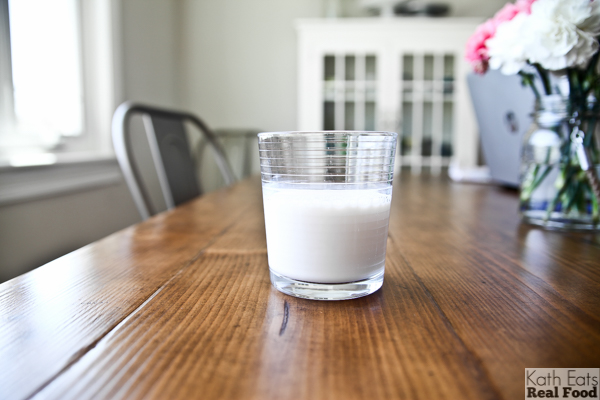 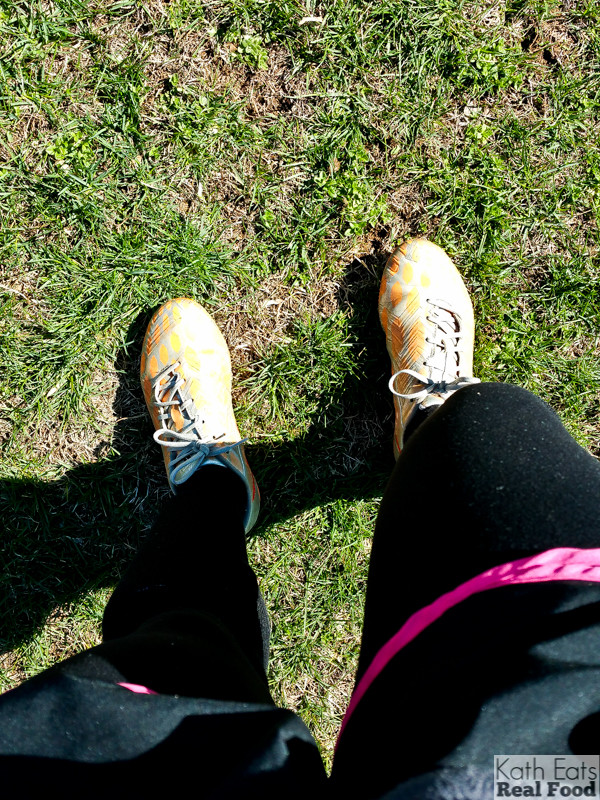 We lost this game too, but it was a much better match. They had a few lucky goals! I had a few breakaways before getting a ball kicked right to my mouth. The force knocked my head back and made my neck crack! Yikes!! I felt fine, but it was scary and left me with a little headache. I’m nervous what my neck is going to feel like tomorrow. 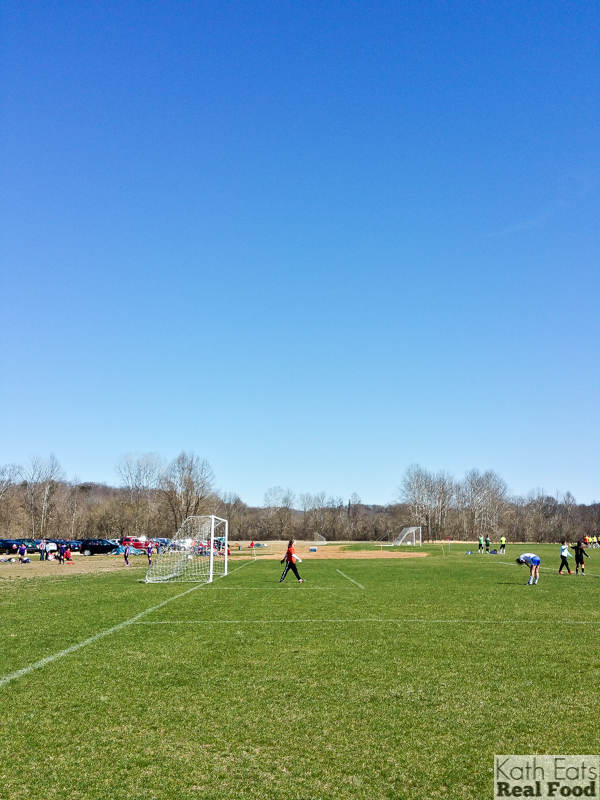 Back at home we had Blue Apron’s Lamb + Beef Tagine for dinner. This may have been my favorite Blue Apron dinner to date! I’m partnering with them for an upcoming post and will be showcasing a recipe in detail then. 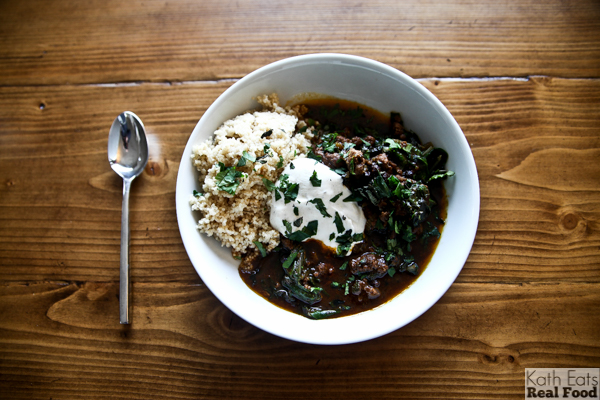 Just caught up on the newest Survivor! Who’s your favorite player? My friend Ellen has mutual friends with Shirin so we’re rooting for her! She’s hilarious too, and her love for Survivor is the best.