You are here: Home / Lifestyle / Don’t Try This At Home 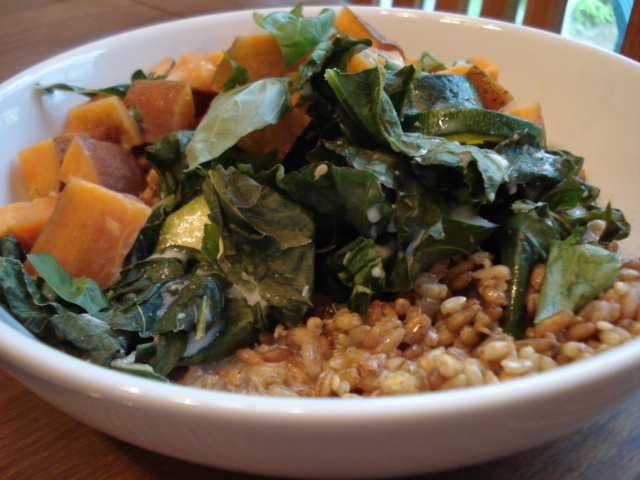 Actually….it ended up tasting pretty good so you might want to try it!

I had no plan for dinner and just started cooking things. What I thought would be a flavorless and mismatched combo actually ended up turning into a serendipitous recipe .

I started with the pilaf, another blend from Bob’s Red Mill that contains a bunch of whole grains: wheatberries, long grain brown rice, whole oats, whole rye, whole triticale, whole barley, white buckwheat, and sesame seeds. I cooked it as directed and added some extra water to let it simmer longer and added a sprinkle each of red curry powder, coriander, garam masala and cinnamon. The pilaf mix is GREAT!! Very chewy 🙂 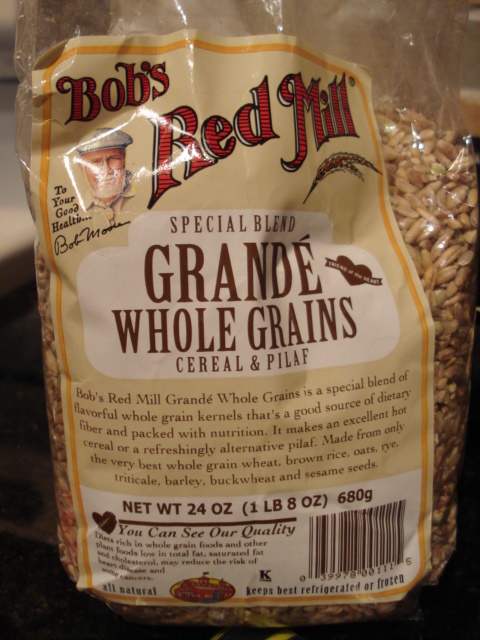 I also steamed a sweet potato , half a zucchini and some collards in the microwave. I pretty much dried out the collards, but the SP was perfectly cooked.

Then what?? I needed a sauce or binder . I wanted to tie the dish together with plain yogurt, but we are out. Then I thought about coconut milk but I didn’t want to heat it and open a whole can, so my mind wandered to hemp milk …. again, not wanting to bother heating it, I just poured it on like cereal.

My first bite was hesitant….but then I was pleasantly surprised . The cold sweetness of the milk went great with the hot vegetables . Think a hot curry + rice dish with a touch of sweetness. 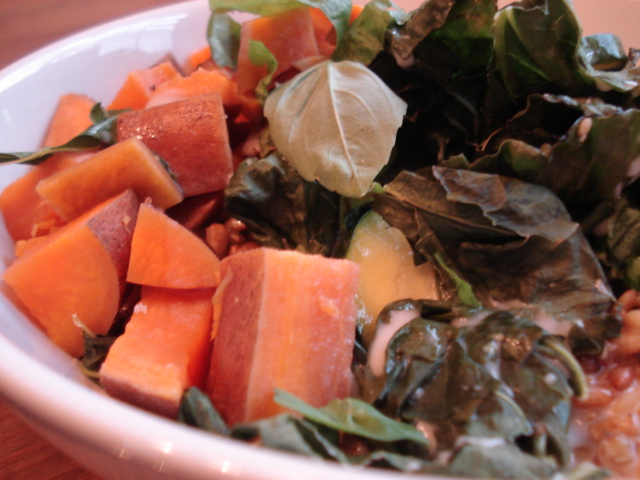 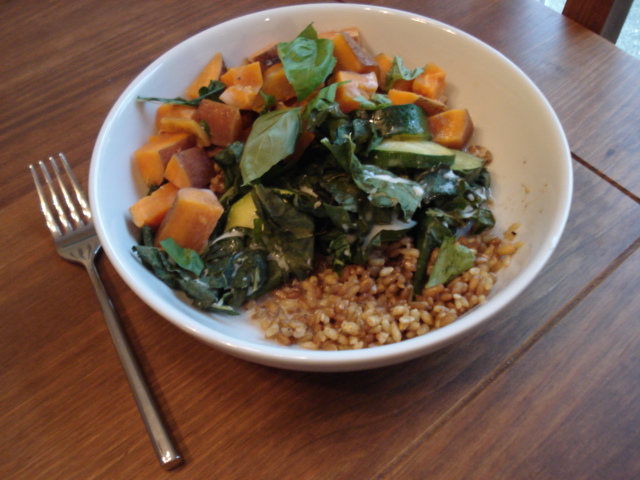 Chemistry is getting better. It’s much more "normal" now – 5 weeks in! Only a few to go. My goal for this course was just to get through it. And I’m getting through.

I had a Lemon LaraBar for snack around 8:00. I’d never had lemon and it was quite good, if you’re in the mood for lemon that is. I still prefer the chocolaty ones 🙂 The only bad thing was I attracted fruit flies from all over the earth when I opened it!! I had to keep swatting at them during class 😳

Going to do some school reading then hit the hay.