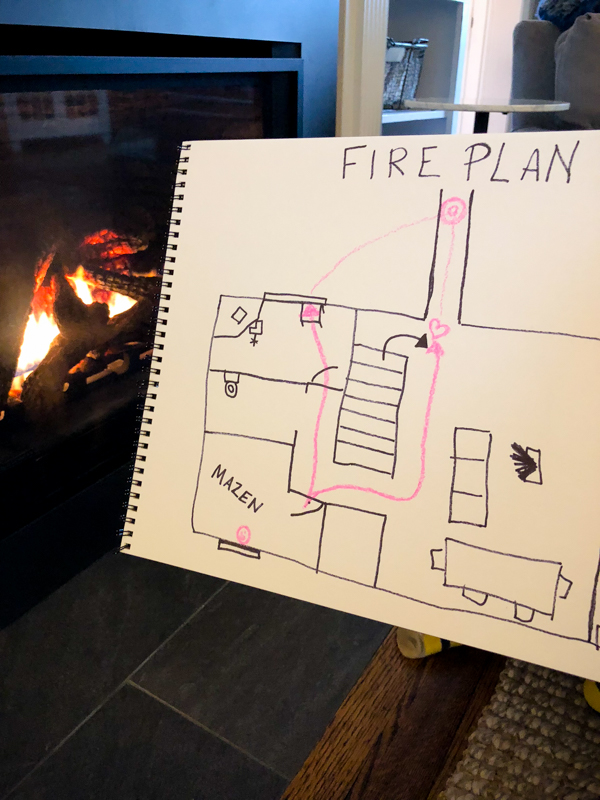 Are you all caught up on This Is Us? Boy, were the last few episodes before the winter break intense! I won’t spoil the show for anyone, but you’ll learn early on there is a house fire. This got me all hyped up about fire safety.

Did you have a fire safety plan when you were little? I remember firefighters coming to our elementary school and going over “stop, drop, and roll.” My mom says that we had a family fire plan where we were to go on the porch roof outside of our bedrooms if our doors were hot and wait to be rescued. We also a family meeting place in the yard once we were out and/or rescued: the old well house.

Watching This Is Us was a good reminder that we all need to have fire safety plans – even if you live alone! A fire plan was something I hadn’t talked to Mazen about yet, but he is old enough to understand. Hopefully (knock on wood) we’d be able to get to him before he would need to escape all by himself, but as the show suggested, it’s always good to have a backup plan. His room is actually really high up from the ground, and I think he’s a little too young to have a rope ladder in his room and/or know how to use it when he’s in panic mode. Our house is on a big hill, so the front is ground level and the back is high up, so the office, just across the hall from Mazen’s room, has windows he could easily open and jump out of. We have talked to him about feeling his door, crawling under smoke, reaching the office, and how to open the window. He loves role playing, so we practiced a few times too. I will say that he was a little spooked the first night after we discussed the plan. He doesn’t quite understand that this is all hypothetical, so we talked more about why we did the plan the next day. 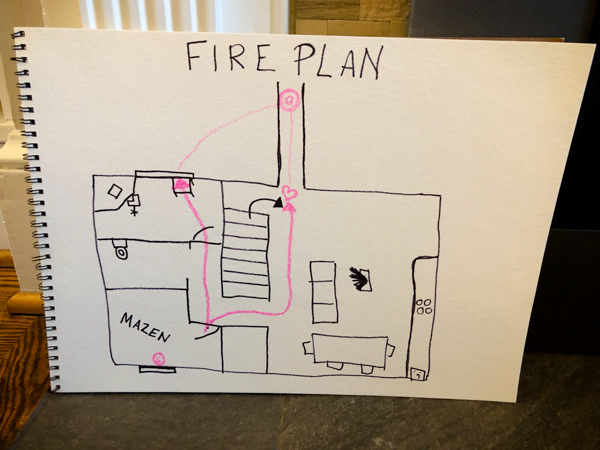 Our smoke alarms are all hardwired together, so if one goes off they all go off. (I have learned this the deafening hard way with false alarms!) So, I feel pretty safe in that regard. I also have a panic button on my night stand as part of our Simplisafe alarm system that alerts the rescue service with one touch (it’s stuck on the back of my night stand), so I could “call 911” very quickly from bed that way if I woke up smelling smoke.

If you don’t have a hardwired smoke detector system, the Nest line looks really nice. If I ever need to replace ours or if we build a new house, I’d love to get something more modern that has voice alerts and other neat features. I’m also glad smoke detectors have gotten so much more technologically advanced and sensitive over the years. We have a Simplisafe wireless security system (which I love so much more than the ADT one I had at a previous house), and they have a (much less expensive) wireless smoke alarm that automatically calls the fire department too. I might add one of these to each floor as extra “call the firehouse” protection. (Although I am not sure if firefighters will show up if it goes off from burned toast…)

Sorry to get all safety focused on you guys today, but I thought it was an important topic to bring up! 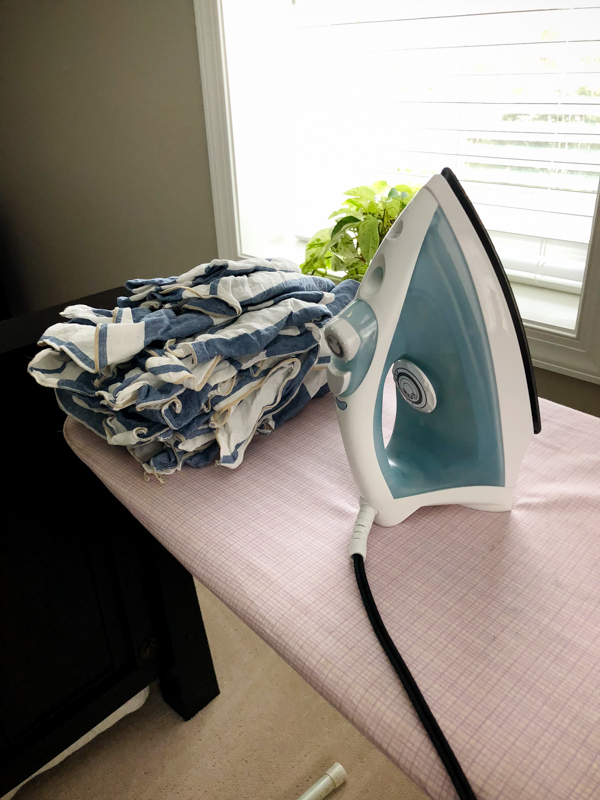 In other hot news, I ironed for the first time in like 5 years. I had this stack of wedding napkins that came out SO wrinkled there was no way to fold them warm and get them straight. It took me ONE WHOLE HOUR to iron them all – they were that wrinkled. Each one took so long to flatten, and I had the heat all the way up. This just reinforced why I don’t iron, and it will probably be 5 more years until I heat the darn thing up again. 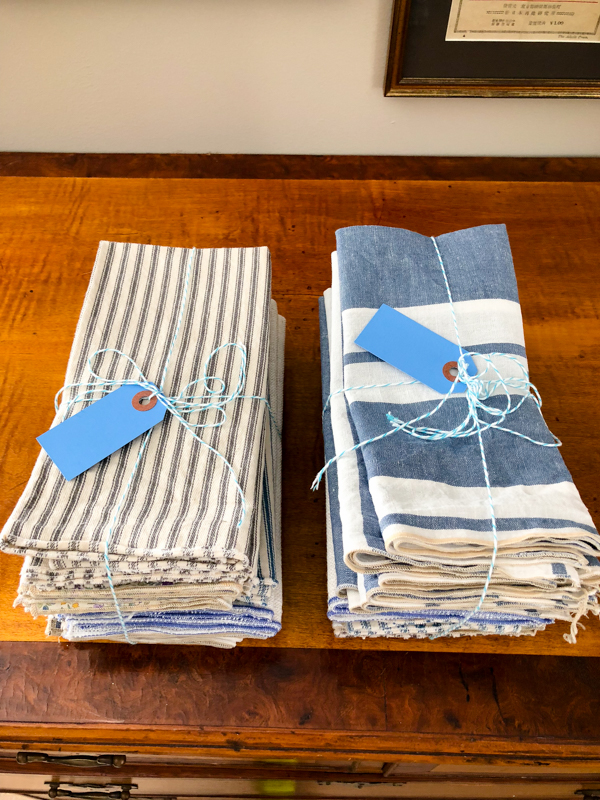 And lastly, I fired up the stove top to make a NoBull Burger salad for dinner. Thomas had never had one, and I may have gotten him hooked! We broke it up over salads with manchego, homemade dressing, carrots, peppers, and mango. (Weird combo!) 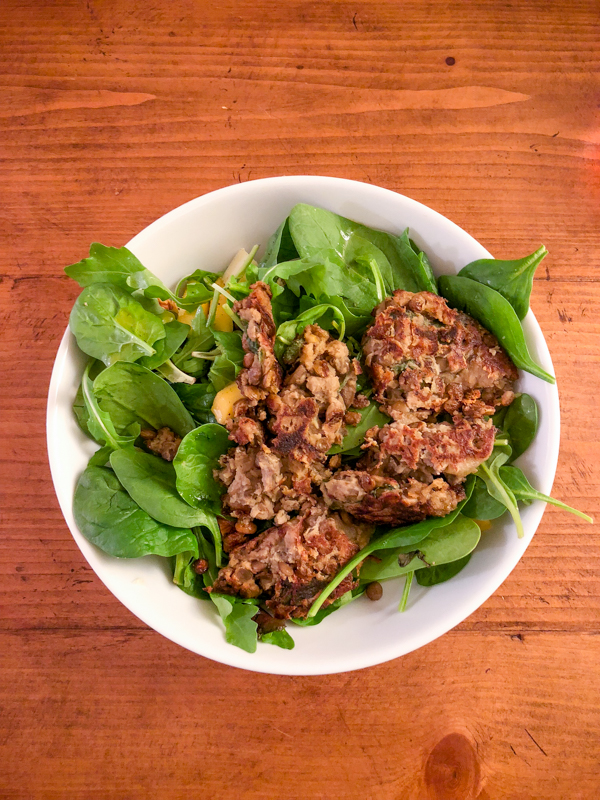