I am usually the first one to listen to Christmas music, but this year I haven’t given it a thought. It’s still October right? But this video – OMG – it is the most hilarious thing I’ve ever seen! And it sparked a little holiday season joy into my day.

This cutie also sparked some joy! He is at such a fun age (although I think most parents say that about every age : )) 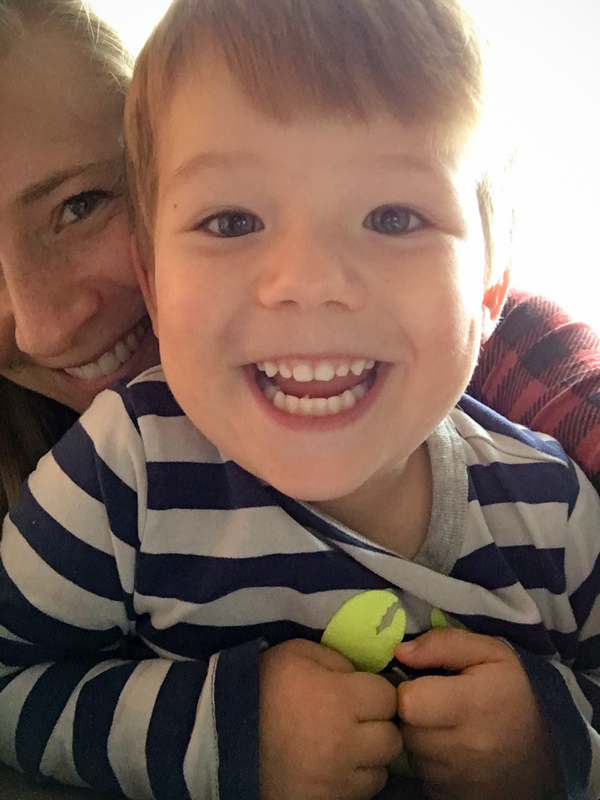 Breakfast today was fried egg, buttered toast and clementine. The return of all the citrus is making me think of winter as well! 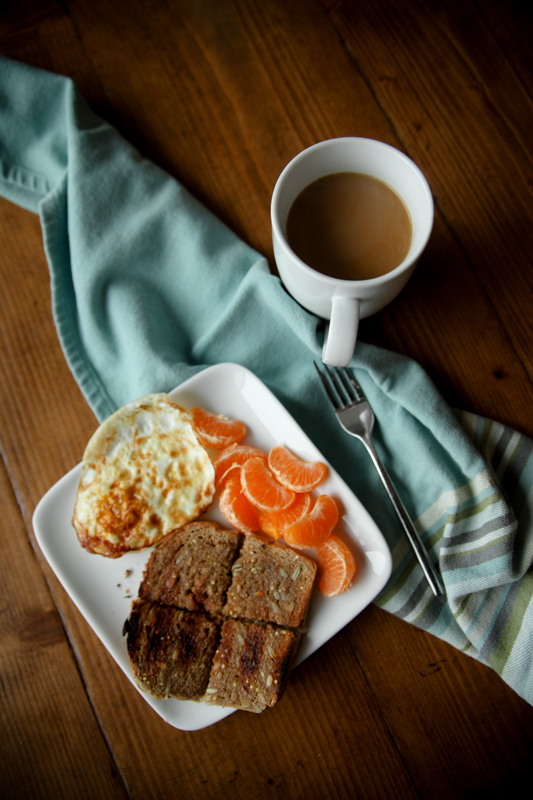 I had a simple yogurt bowl yesterday – 2% greek, raspberries, sunflower butter. I am back on sunbutter after realizing that the organic kind I had was NOT the same as Trader Joe’s, which is significantly better! 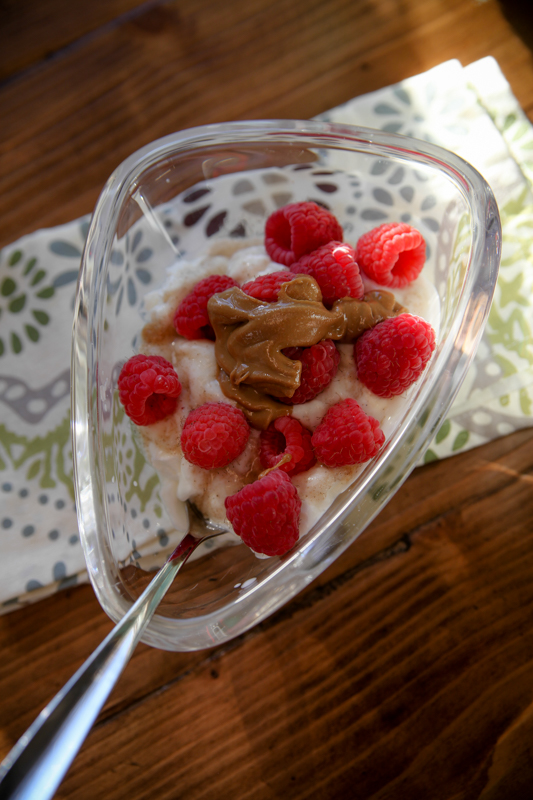 Breakfast smoothies were on the menu this week. I packed a lot of goodness into the blender – spinach, banana, frozen berries, milk, oats and chia seeds. 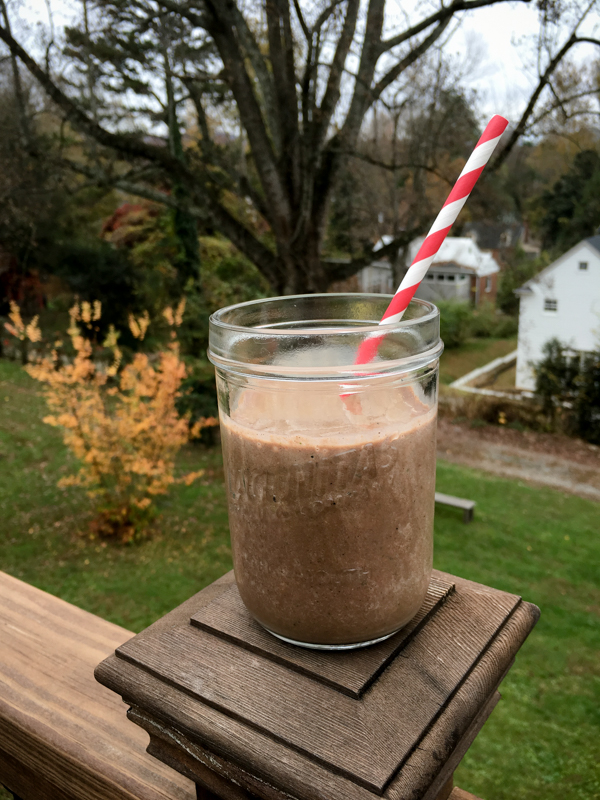 Leftovers always refill the popsicle mold! This is the mold I have and it’s great because the pops are so little that they don’t melt before he has a chance to eat them. 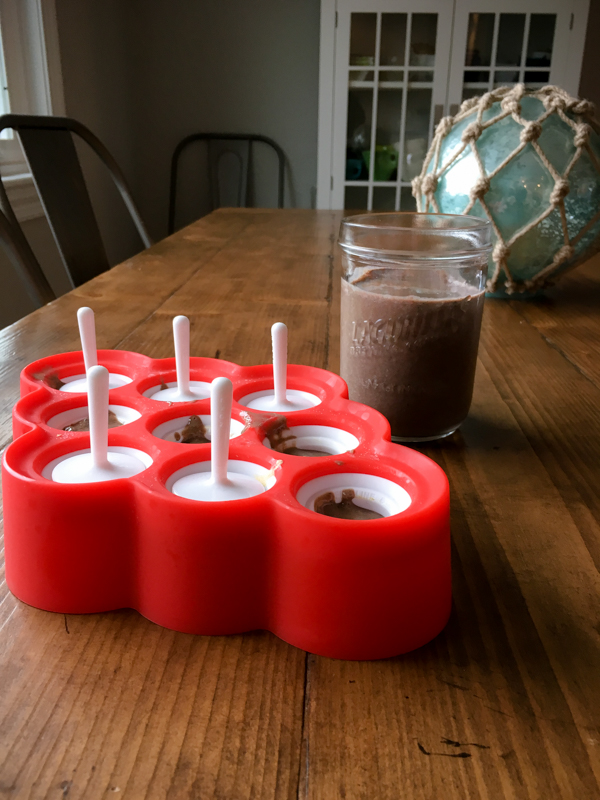 I’ve also been living at the Juice Laundry these past few weeks. Since doing the 30 for $30 at Fly Dog I go to yoga and stop in for a smoothie on my way home. The Coco Verde is my favorite! Plus some Good Phyte crackers. 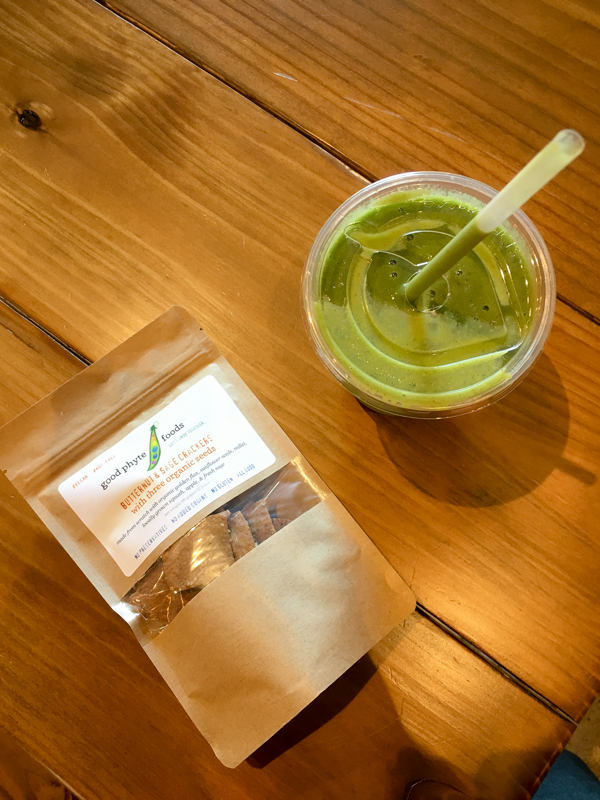 I’ve been doing lots of yoga (2-3 times a week) during this month, and also did a home workout at Sarah’s house last week. I’ve always debated whether or not I’d enjoy having a little home gym. I think it would be great to have a treadmill for quick workouts, but I don’t know if I would use a bunch of weights or not. I like going to the real gym for social time too, so I don’t think a home gym is something I’d invest in. You never know though! 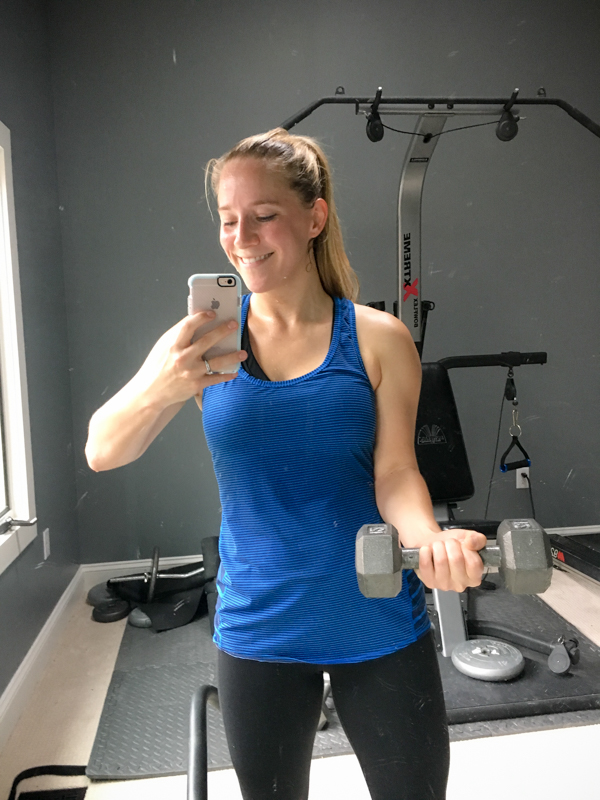 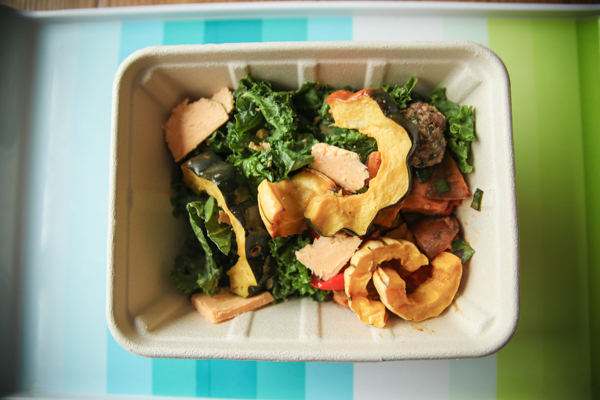 Another day’s lunch was a No Bull Burger with a big pile of kale chips. Plus an apple! 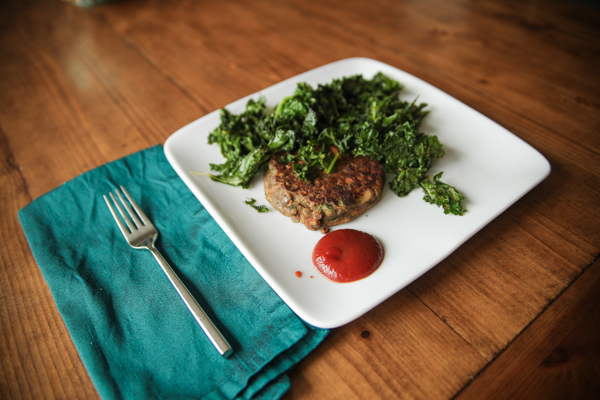 Our dinners have been all over the place lately! We sausage and wild rice soup one night and had the leftovers the following night. 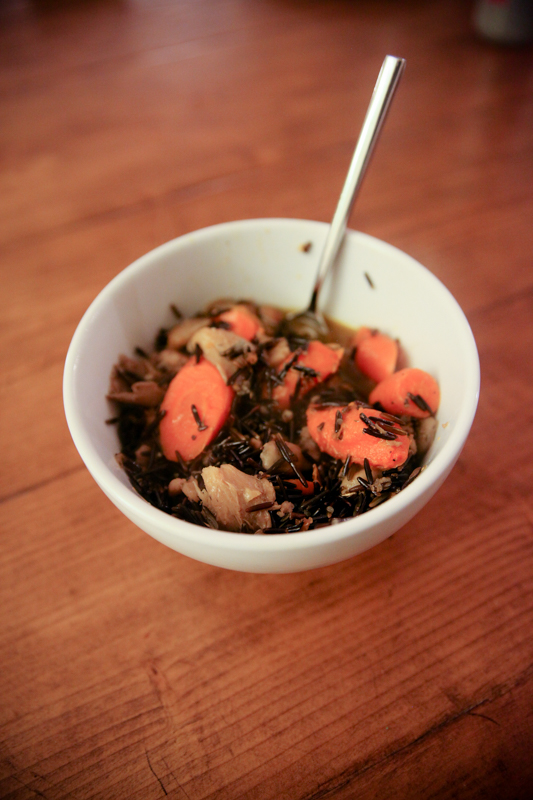 I had a light meatball and roasted squash dinner one night when I was heading to a Stella and Dot party just after. 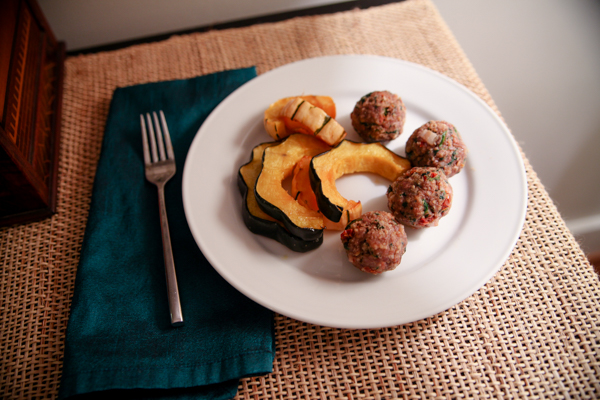 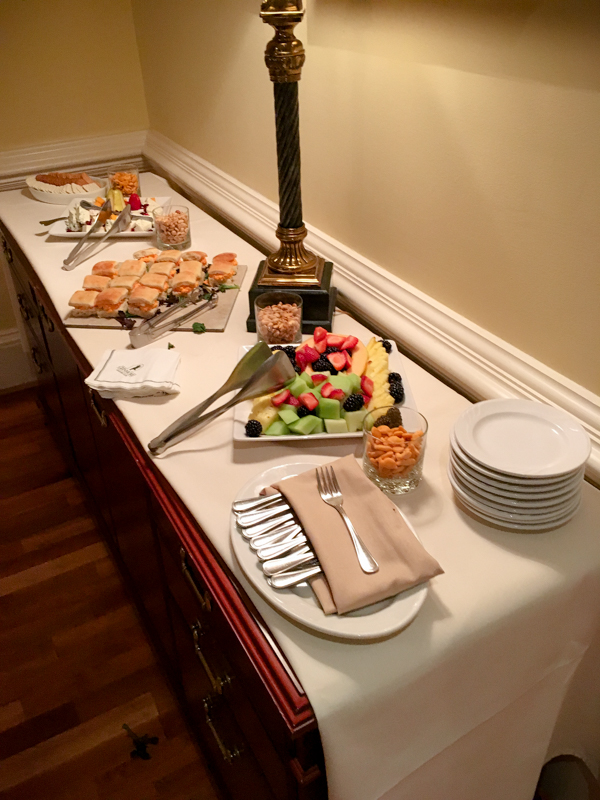 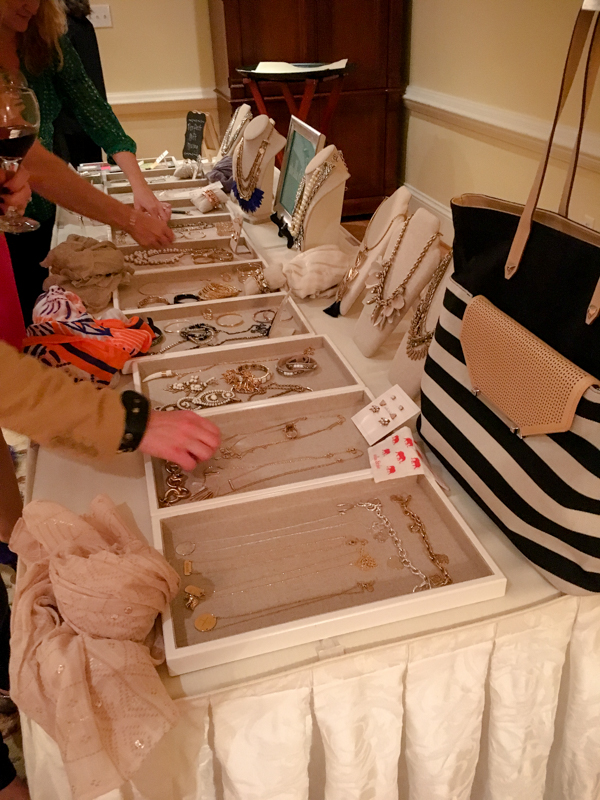 We got Thai takeout last weekend for a change. Green curry is the best!! Plus some pork dumplings and a tofu dish. 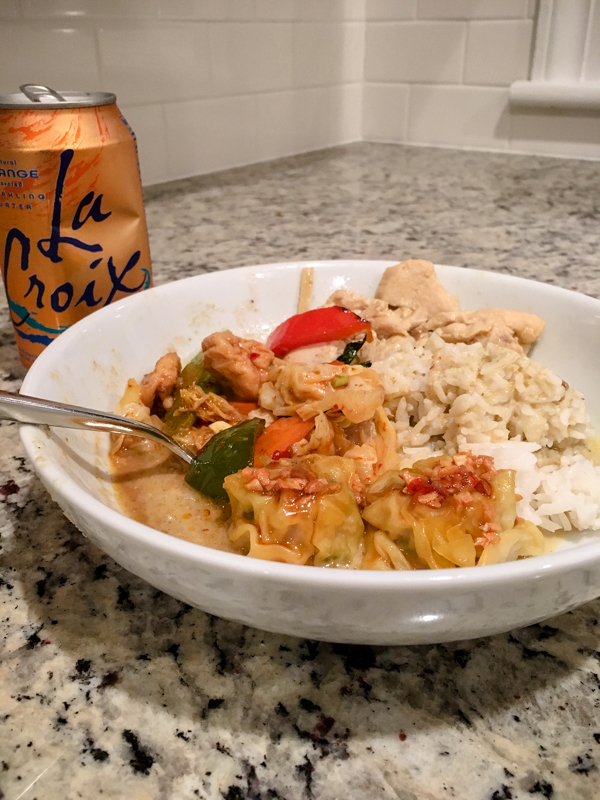 Sarah had us over on Tuesday night and made a Cook Smarts sun-dried tomato pasta and tofu dish. SO good!! Served with some toasted Olive Sourdough from the bakery. 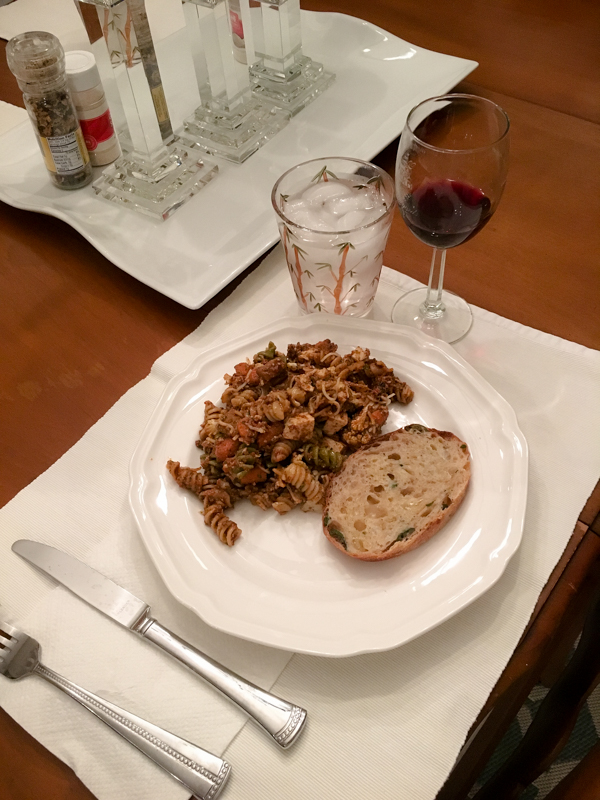 Last but not least, Mazen is obsessed with floor puzzles these days and they are the best!! They steal his attention for a good 30 minutes while he works on one. I bought him several of the Melissa and Doug ones, and he’s a whiz at all of them. We have the Map, Firetruck, Traffic Jam and Solar System. The Firetruck is the easiest and the Solar System has double the pieces, so it’s the hardest. 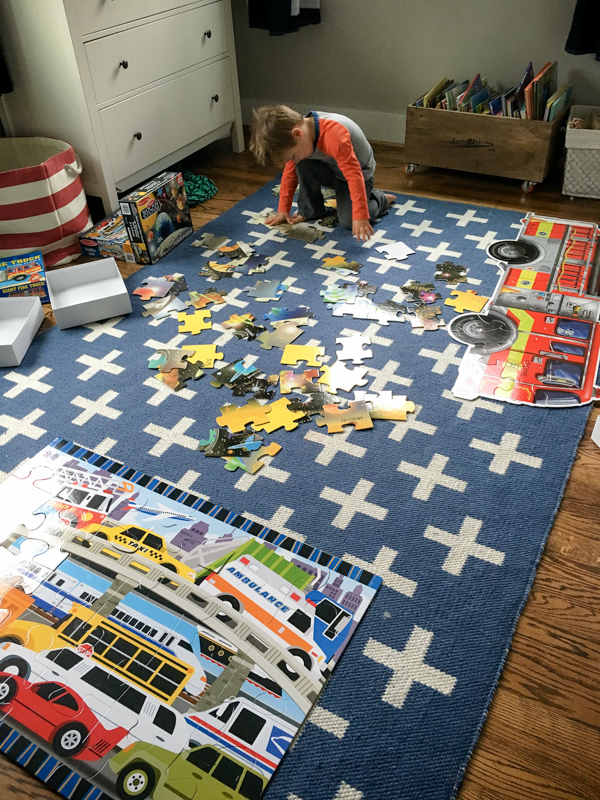 Have a great day guys!