What to do to get in a mid-week 5AM run?

Did you know there’s a machine specifically for indoor running? It’s called a treadmill. And I’ve always hated it!

Well, actually, that’s not really true. It just hasn’t ever made sense for me to run on one. If I want to run, I go outside; if I need an indoor workout, I take a day off of running. But now that my schedule has changed, it opened a new door!

I actually think running on a treadmill is very different from running outside. It’s like I push off with my feet differently? I don’t lean slightly forward and focus on making my body run fast. Instead, the belt moves fast and I just quicken my leg turnover. Does that make sense? Defying gravity! I also think you must add a slight incline to get a real-run feel, so I put it on 0.5 minimum and alternate with 1.0 and sometimes 2.0/3.0.

So today I put on headphones and a good playlist of fun music (Defying Gravity and DJ Earworm!) and got to work.

Cooldown: Walked quarter of a mile and then stretched

It was an awesome workout! My heart-rate was pumping and I was red in the face from all the speed. Fun!

I came home and made a bear of a breakfast: Kodiak Cakes! 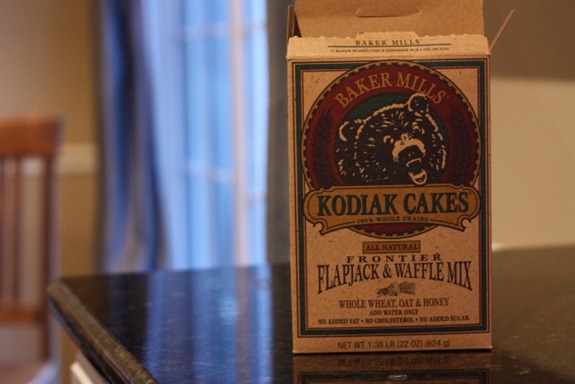 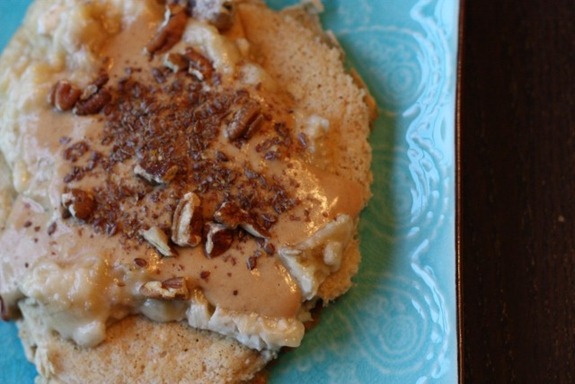 I wanted a bigger portion so I used half a cup of the mix today, which I have deemed to be 1.5 times the portion on the box. I broke out the food scale for more experiments. I think I reported (and some of you emailed me) that 40 grams was 1/4 a cup for me. Well I have determined that 40 grams is 1/3 a cup if you fluff the mix first. I normally scoop flours out pretty tightly so that’s why I was getting 1/4 = 40 grams. So I think 1/3 a cup fluffed is indeed one portion size. Just FYI to those of you who asked! 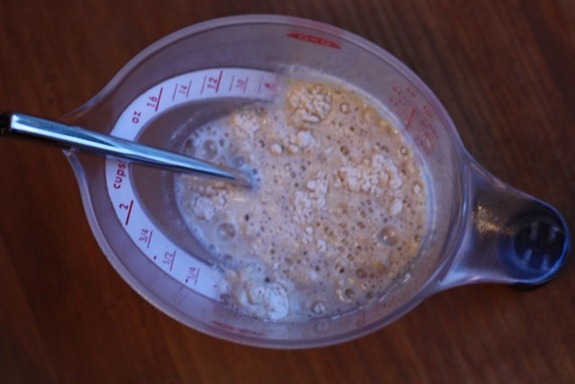 LOVE licking the batter out!! I love pancake batter 🙂 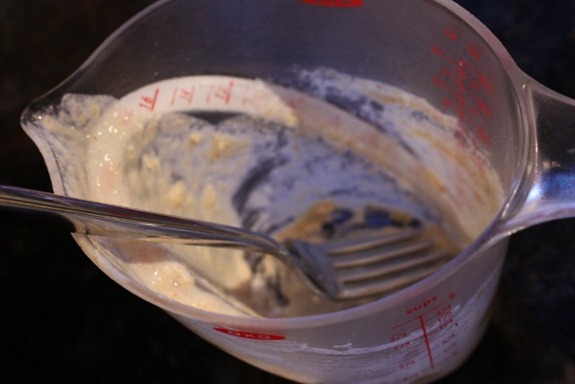 Half a cup was too much pancake!!!! I kind of ruined it by keeping the heat too low and making it too big 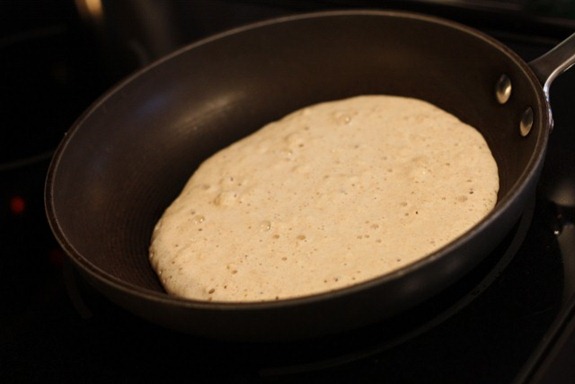 The flip wasn’t pretty. Next time I’ll either go back to 1/3 a cup or do 2 pancakes. 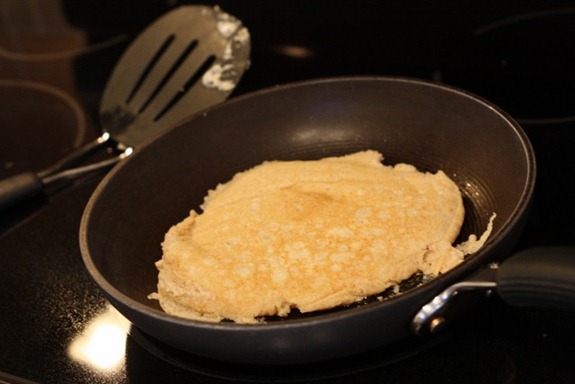 I also wanted to make some of Emily‘s PB2 sauce!! 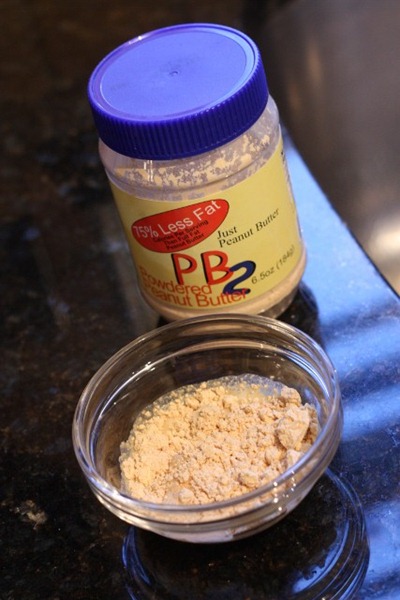 I used my scale for this too because I wanted the proportion of PB2 to liquid to be exact. I used 12 grams of PB2 (1 portion) to just UNDER 2 tbsp of vanilla soy milk. It whipped up quite nicely!! PB2 tastes to me like Resees – kind of that artificial PB taste, but still good! I really like it as a sauce but I’ll stick to real PB for most of my eating. 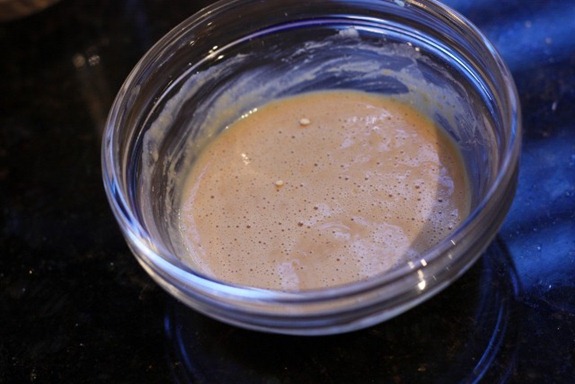 I topped the cake with mashed banana, PB2 sauce, flax and a few pecans 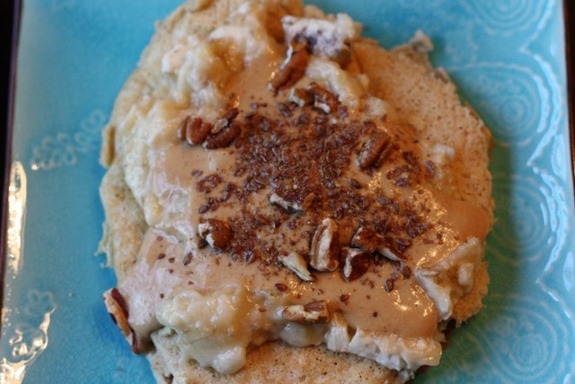 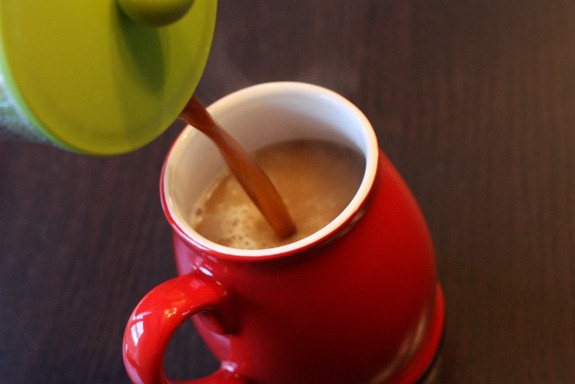 It looks like Tusker the Kenyan Elephant fell into my coffee!!! 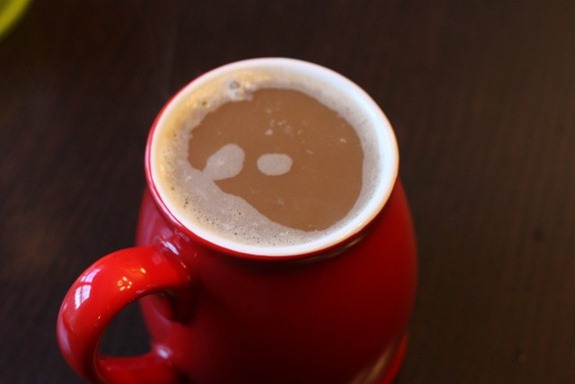 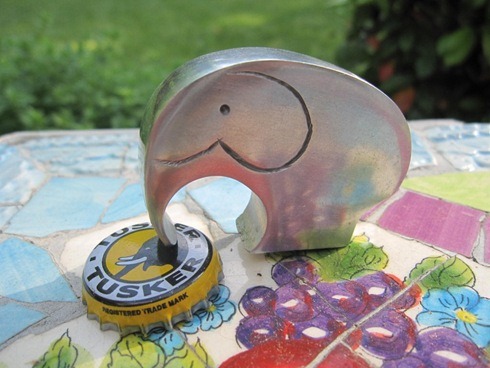 My candle blew out! I bet Tusker did it. 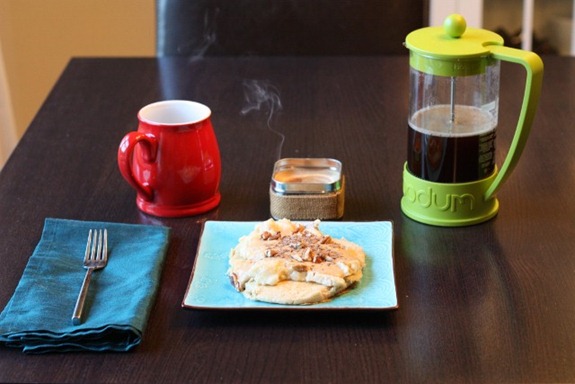 Off to an elementary school to watch a presentation on LOVING your body and then spending the afternoon at WIC. Hoping to learn a lot!