It’s not every weeknight that you get to attend a special alumni and friends gathering and bring back the college years. I love everything about Davidson, and attribute much of who I am today to the experience I had there. It was nice to hear updates from the president on the state of the college and greet other people who share our love for the school.

Did you know Matt and I actually met during Davidson Freshman Orientation? We were working on a community service project at a local farm (clearing brush) and I noticed his DUKE shorts. We struck a conversation and became good friends. I have to say, I did think of him as “husband material” right away, but we both became romantically interested in others on our freshman halls pretty quickly and we became really good friends instead. It wasn’t until second semester freshman year [over Christmas break, a snowstorm and the book Fellowship of the Ring] that we finally realized what a perfect match we were and the rest is history….nearly 10  years later! 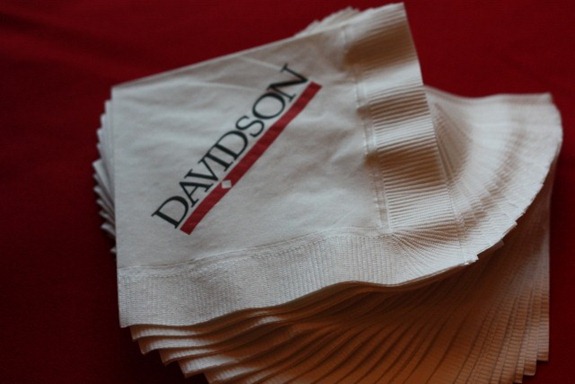 It all started on a cold rainy night… 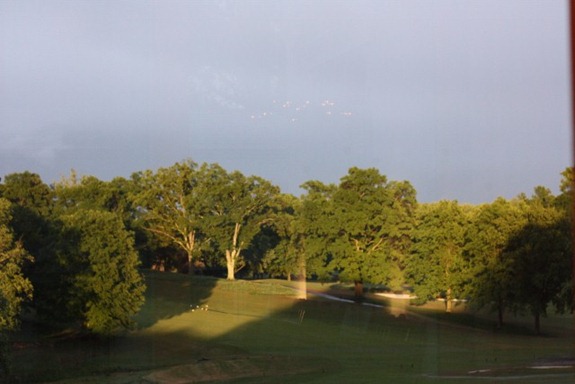 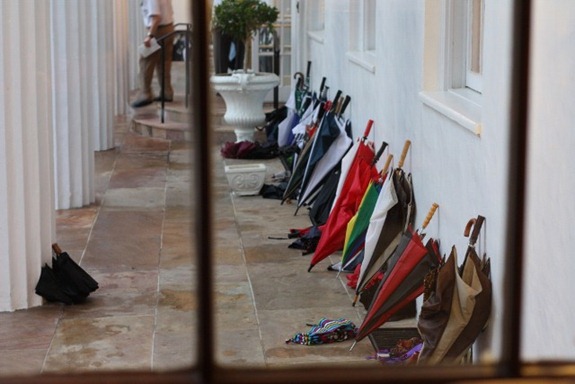 The event was held at the old Charlotte Country Club, a hidden gem up in Plaza-Midwood buried in the midst of an up and coming hip area of the city.

Do you spy Karen!? She met Matt’s dad at Davidson in the 70s and while she herself attended Queens College, she is somewhat of an honorary alumni, especially since her son also attended 🙂 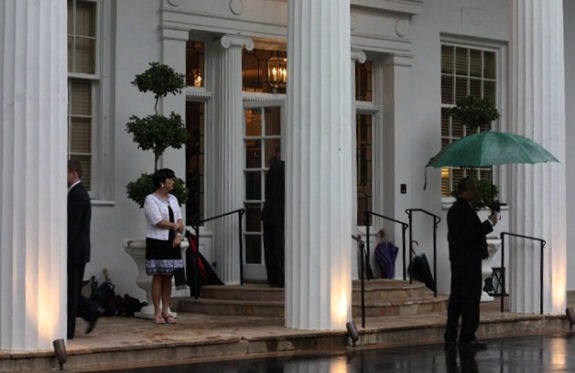 Matt and I say hi! 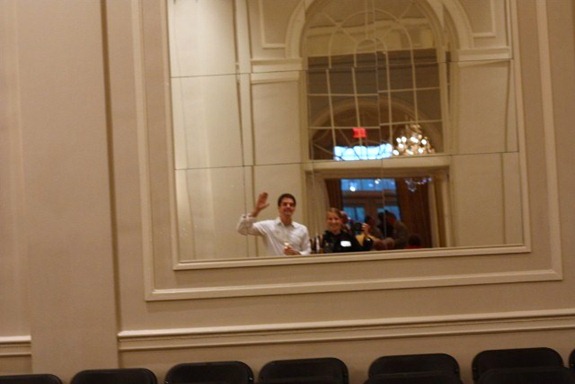 Beverage wise, I was going to pass on alcohol, but the wines looked too good to pass up! 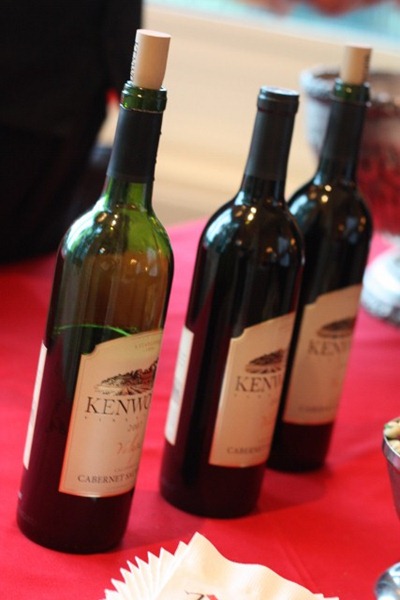 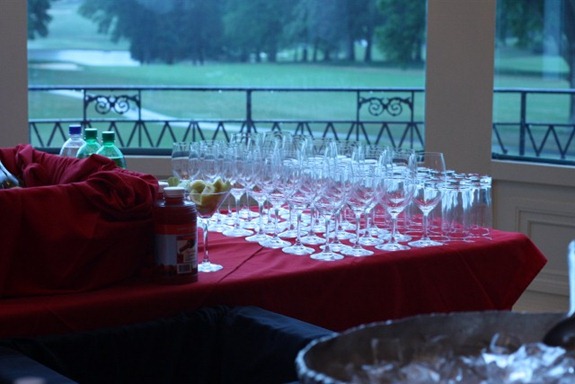 I got a small glass of red (asked the server for a half glass). LOVED how big these red glasses were! 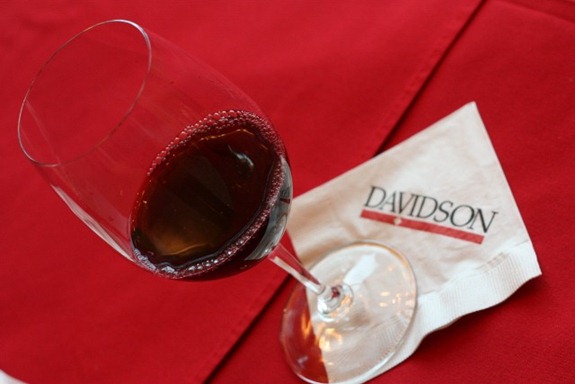 Nibbles also came from the crunch dish at the bar 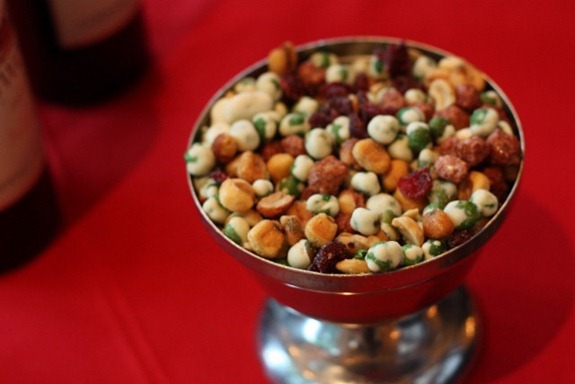 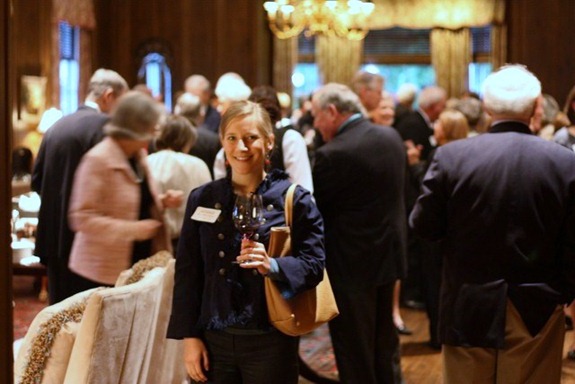 Matt got the white and we ended up trading halfway through 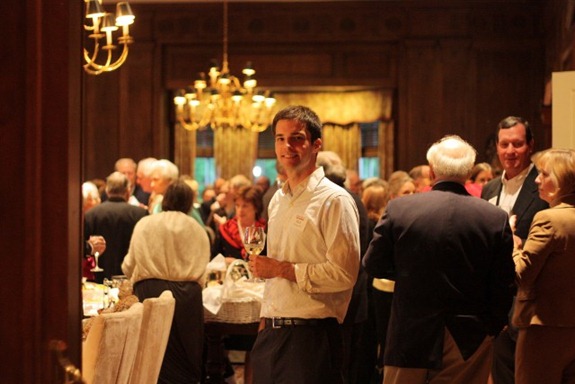 I ate my Larabar as I left work (I actually ate my apple with lunch because I was still hungry!). It tided me over well to make it to the event, which we called dinner. They had a few selections to eat and it ended up being enough to fill me up (plan B was to have a salad when I got home). 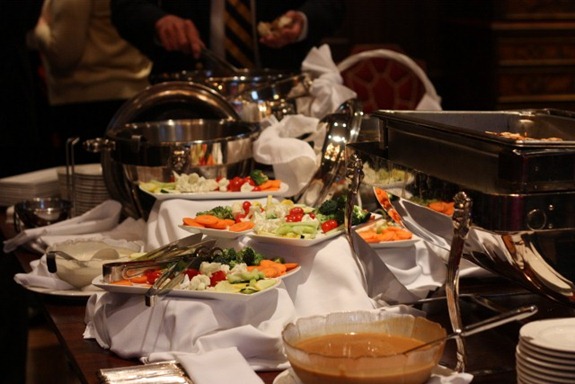 The main dish was good ole Southern BBQ. I’ve actually been trying to choose mostly organic or ethically raised meats in my food choices these past few months verses the foodservice meats that I know likely came from the meat factories that are coming to the public eye more and more these days. But tonight I made an exception and enjoyed some BBQ. You can’t always be super strict with your diet or you’ll never enjoy yourself. 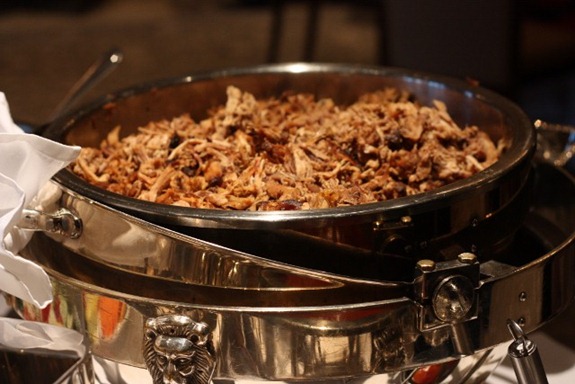 You gotta ROLL with the punches 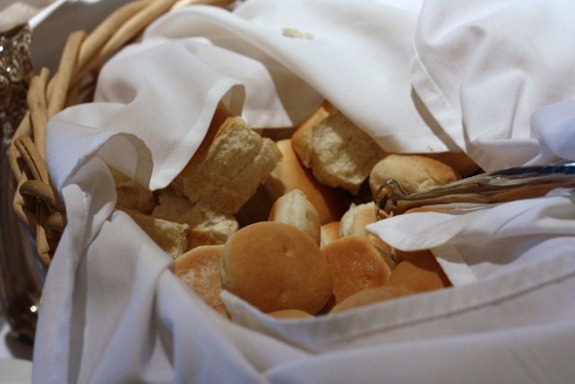 They also had some nice raw veggies! I stocked up. The peanut satay sauce for the chicken was awesome on the veggies! 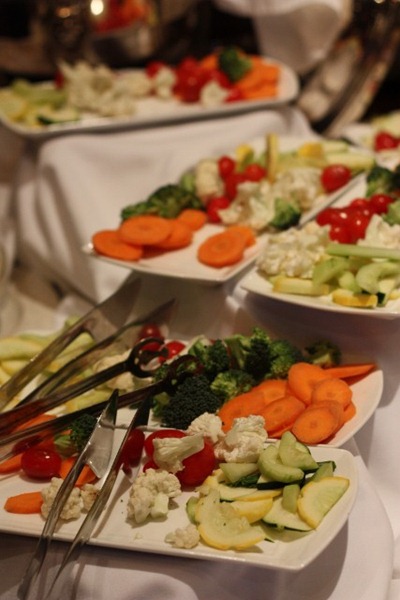 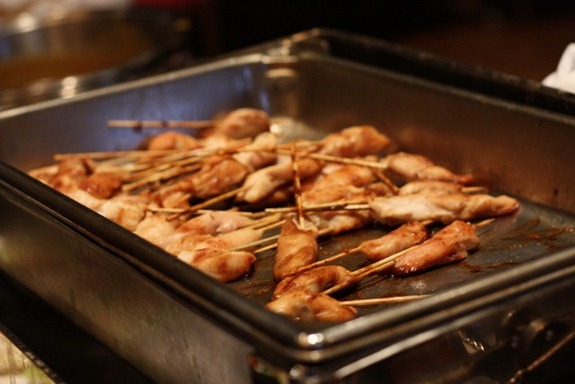 Fried oysters were also being passed. I LOVE oysters!! 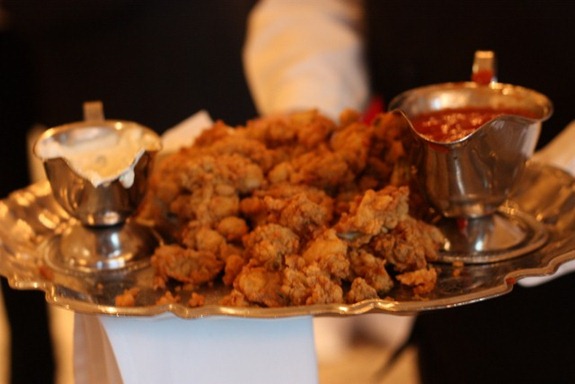 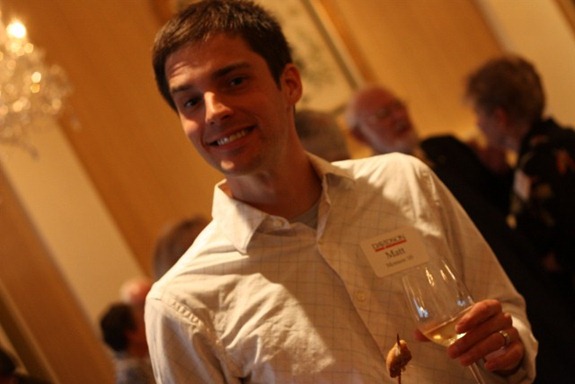 Matt and I shared this plate (plus a few more bites) 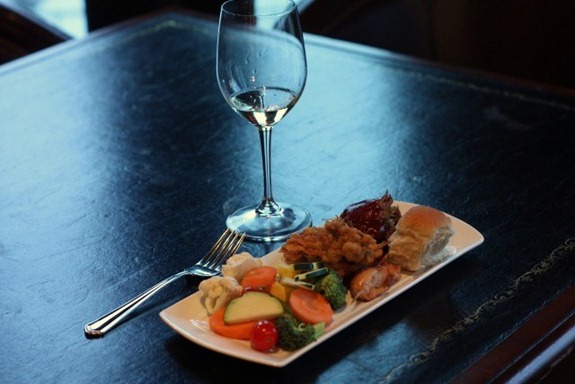 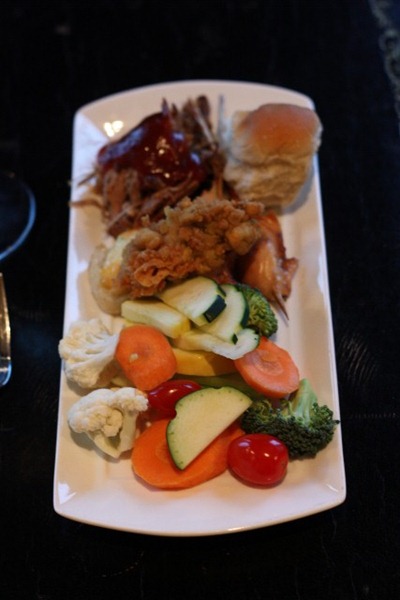 We ran into quite a few old friends

At 7 we were shuffled into the main hall for a speech from Davidson‘s president, Tom Ross. 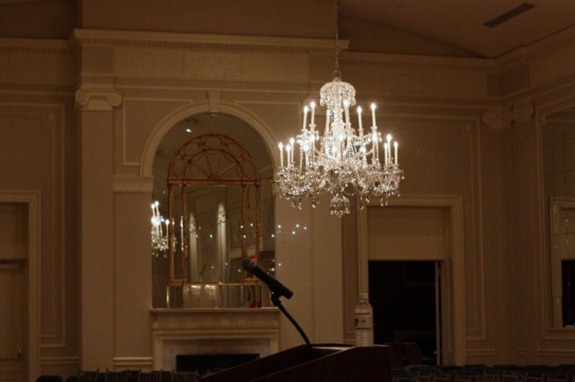 Karen and I were disappointed there was no DESSERT after the speech!! 🙁

And after a few more conversations, we hit the road [jack].

I haven’t slept well in two nights so I’m hoping tonight’s the night that I get a solid 8 hours. Ya know the kind where you just wake up and it’s morning? Excited for some OATS tomorrow already too!