You are here: Home / Lifestyle / Crawling Out Of My Cave

I had fun on my mission today, but I also feel like I wasted a whole day!! 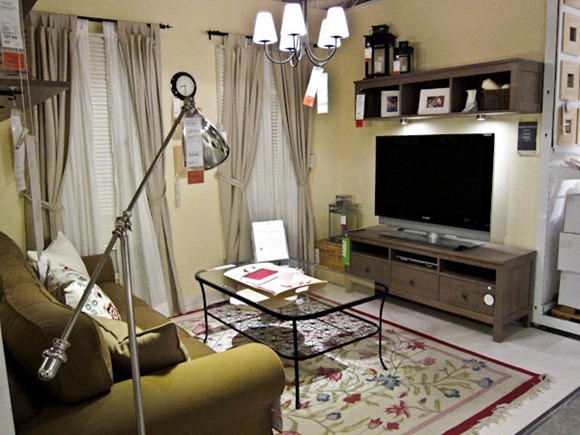 IKEA is fun, but it’s also very cave-like. You just get sucked in. There are no windows. It could be tornado-ing outside and you wouldn’t know. Winter or summer.

I ate half of my snack-lunch at noon right when I was arriving and by 3pm I had just finished part I – the small wares (I didn’t get too much stuff, but I wanted to scope it all out). Part II involved collecting all the giant pieces for our PAX closet and Billy Bookcases.

You’d think going on a Monday would be good, but there were so few people to help me that at one point I literally was alone in an aisle with a shelf I could not reach yelling [politely] “helllllppp!” 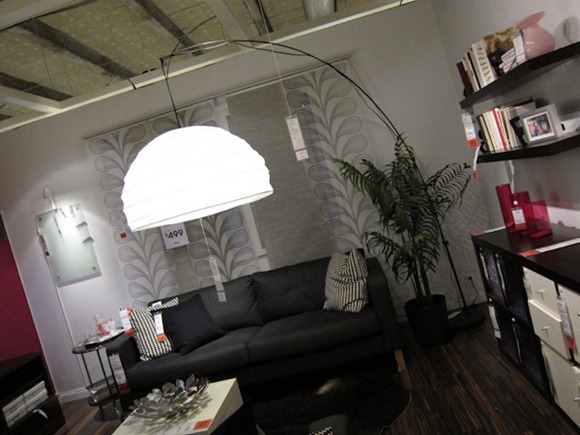 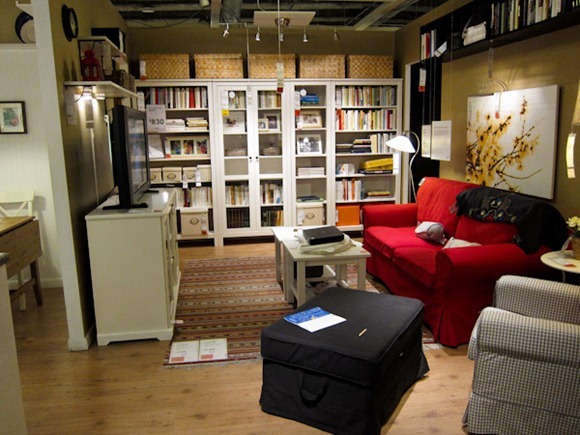 Future Home Neat Closet! I cannot wait to play with the pullout drawers! 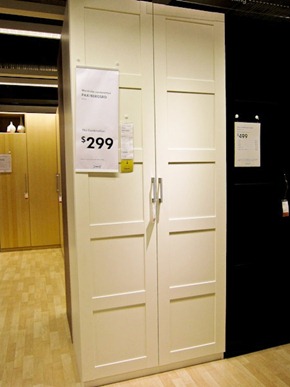 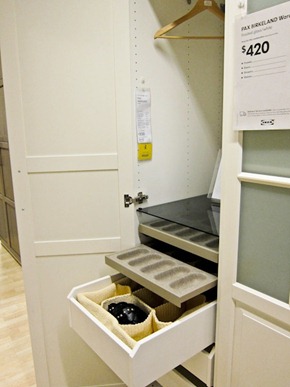 Thankfully I found a few people to help – although pushing/pulling 2 massive carts simultaneously from one end of the warehouse to the other was the hardest part of the day! Chest workout!! 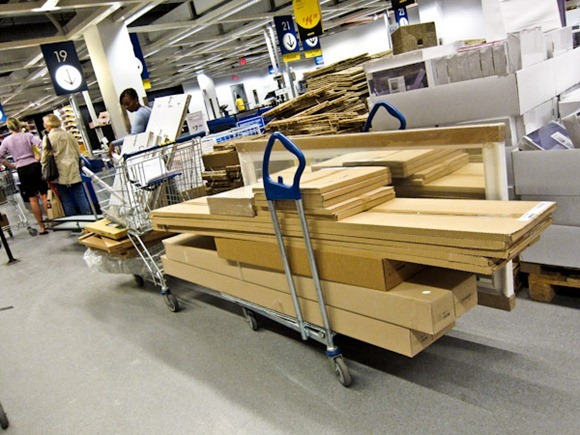 That or the killer traffic on I-95 🙁 I scarfed down my ice cream and ate my egg + pear on the drive back, which actually flew by despite the traffic.

And of course, I already realized I made a mistake with the cabinet lights – forgot the cord. So it looks like I’ll be back with a return between now and December 18!

Matt and I arrived home at the same time and while I unloaded, he made a simple dinner. We were going to have burgers, but the new brand I bought needed thawing and I forgot to thaw it, so we made something else – Tomato Melts on some of Matt’s Aunt Donna’s bagels from Oak Ridge, TN!

Topped with tomato, cheddar and some bleu cheese Matt brought home from the bakery – all broiled on a sun-dried tomato Hot Bagel Co. Bagel 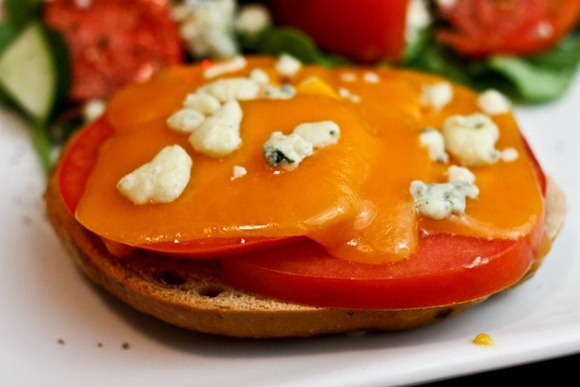 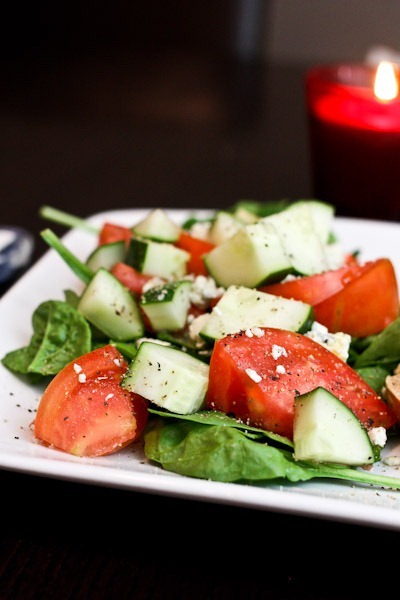 Simple. Filled us up. 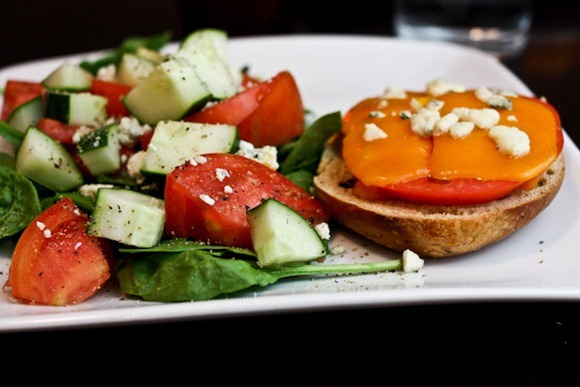 For someone as organized as I normally am, you would not believe the pile of papers I have accumulated during our move while the filing cabinet was hidden. I just spent an hour sorting through them and figuring out which needed attention. We still have so, so much to do on this house!

But we can do that tomorrow. Because tomorrow is another day.