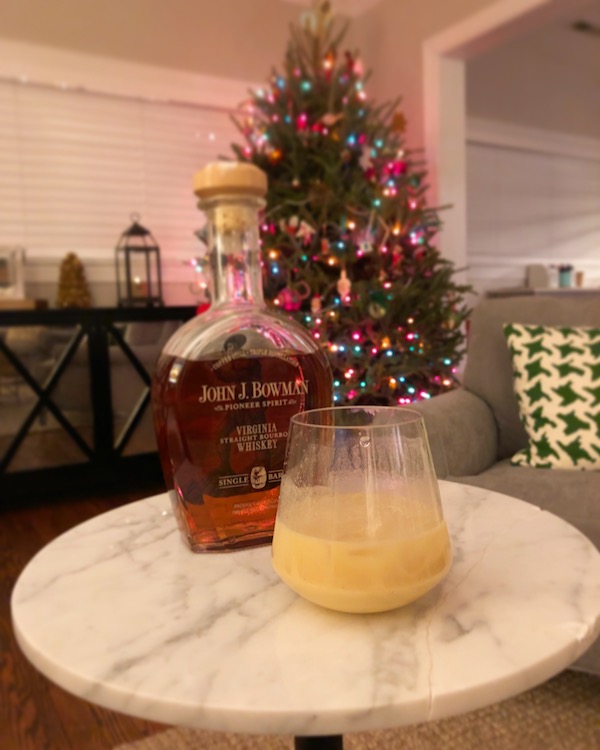 Merry Christmas! Did you spot Santa? We did! I actually had some eggnog with him after bedtime. He likes the Virginia bourbon! 😉

I wanted to wrap up the Christmas festivities by sharing some more about our weekend in Hillsborough. I am already missing Miss Emmie! 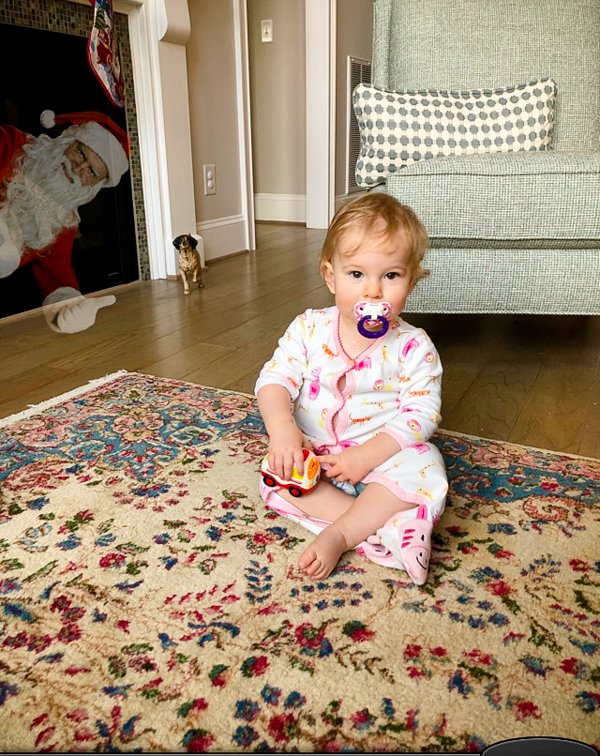 We had simple breakfasts both mornings – Cheerios with PB and banana one day and the same in bread form with pineapple slices the next day. 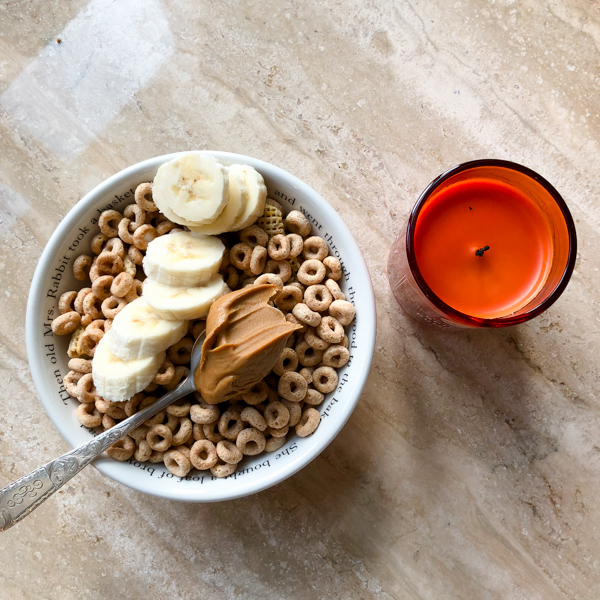 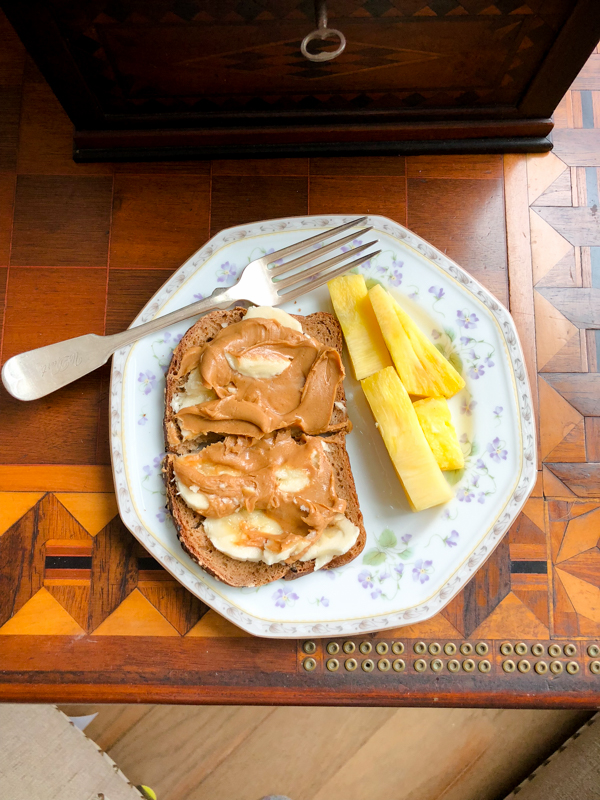 Thomas and I went for a run on the Riverwalk, and then we walked downtown with Mazey for a later lunch at Radius Pizza. Do you see the mischief in those eyebrows?! 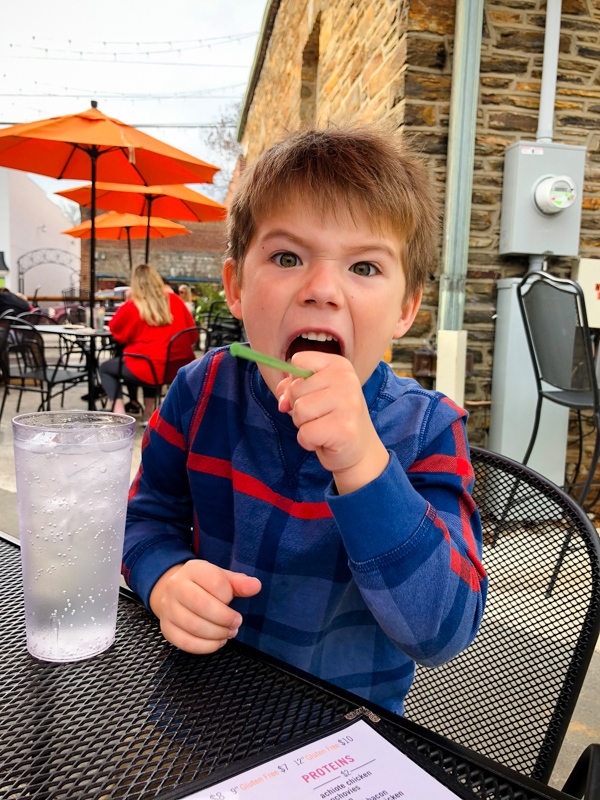 We shared a spinach salad and a Frontier pizza with bison and blue cheese. 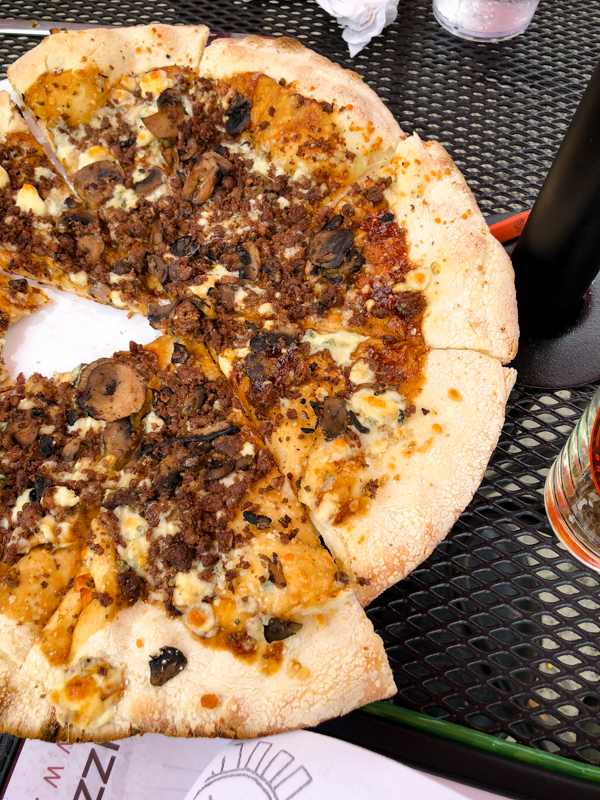 We walked by my friend Kirsten’s house to catch up with her for a bit and then walked a few blocks more to my old house to say farewell to my old bedroom. I might see it again, but I said goodbye just in case. It sure was empty! 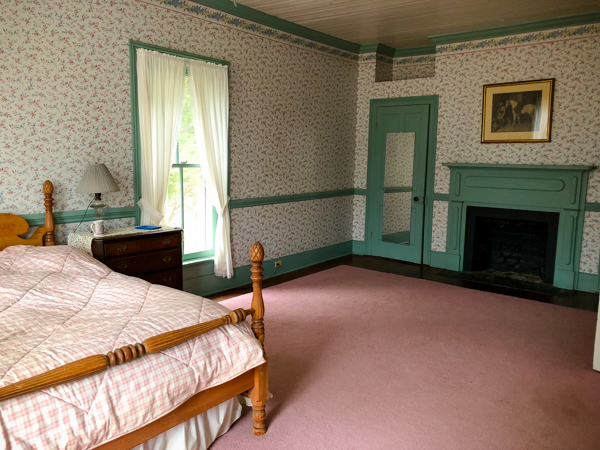 We spent the afternoon playing games – Connect Four and Monster Mash – and catching up with old friends. 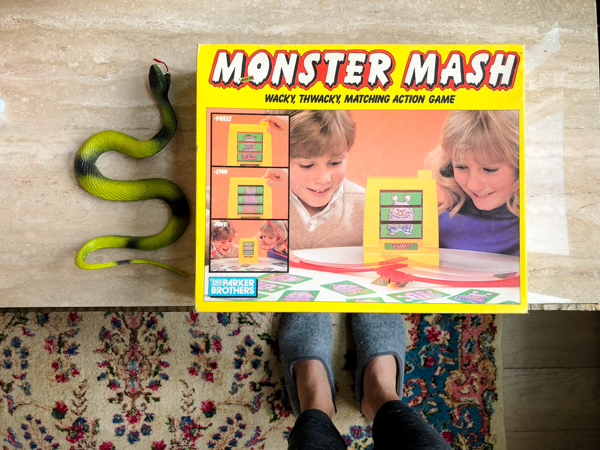 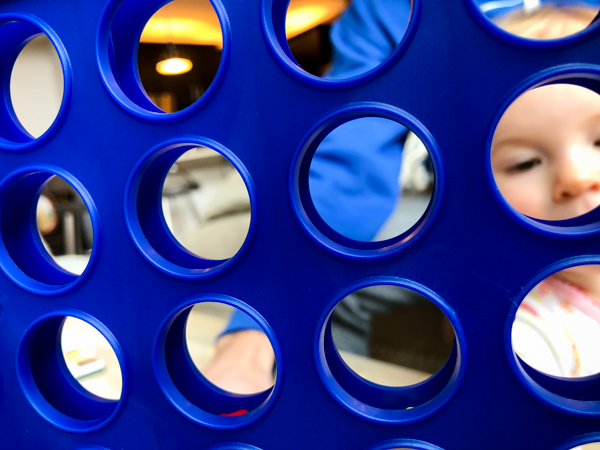 That evening we went to a family friend’s house for an epic Christmas party. 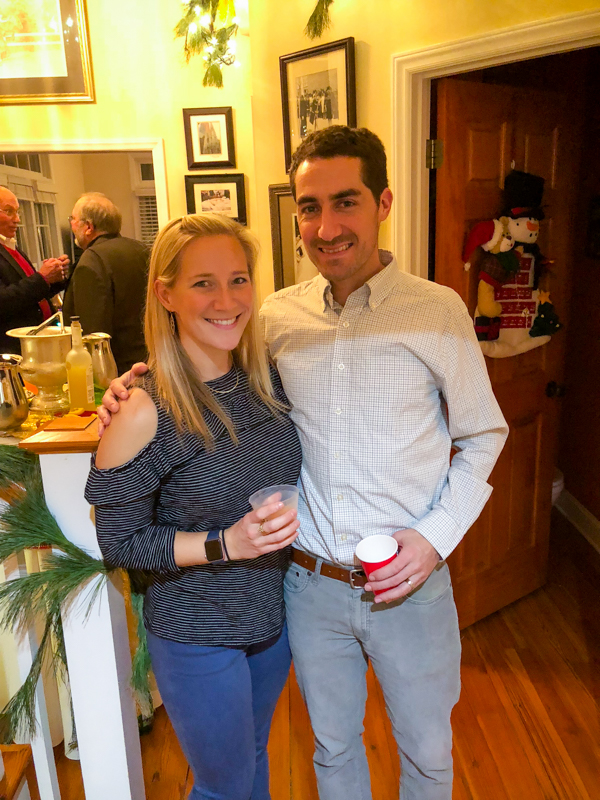 We have the same shoulders! 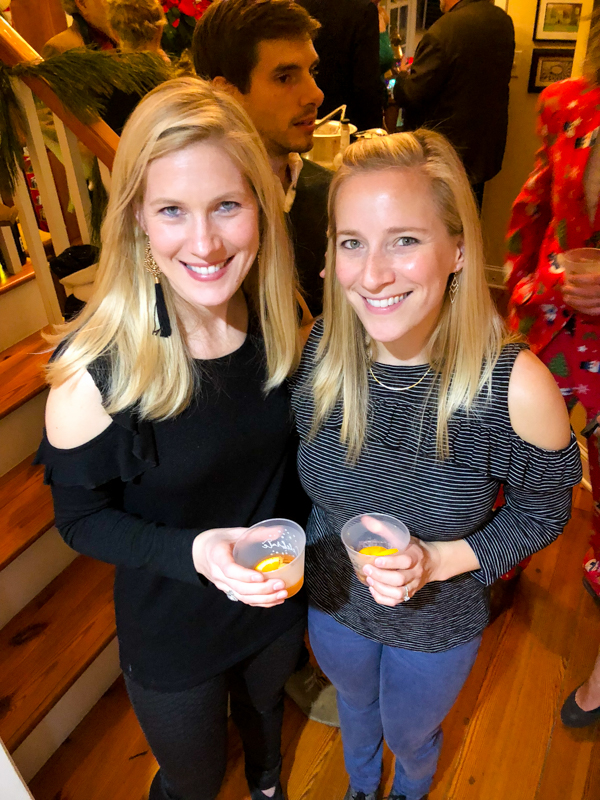 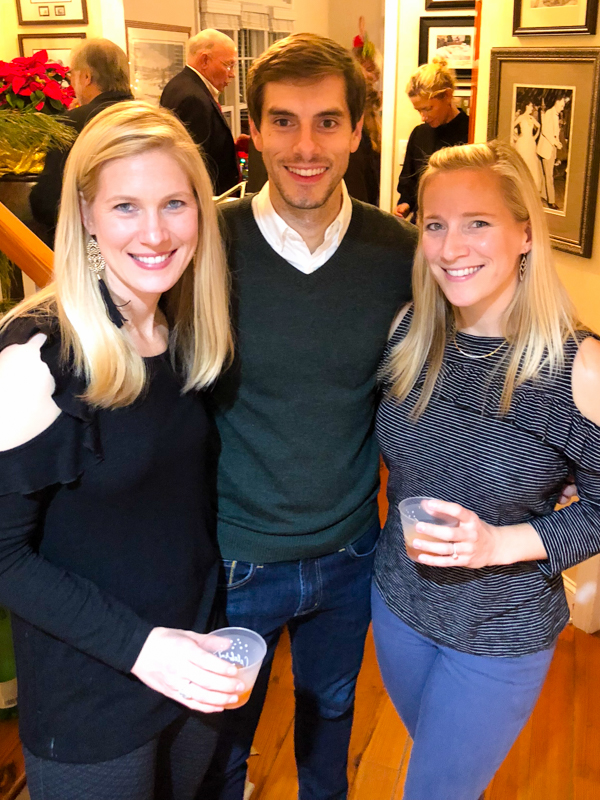 We caught up with some old friends, and I met someone WHO WORKS FOR SURVIVOR!! He is in charge of the cast once they are voted off and head to Ponderosa. We talked about some of the recent seasons and the one that is coming this spring. I was totally star struck by the cool factor! I mean, one degree of separation from Jeff Probst himself!

The party food was amazing! Just look at this spread. 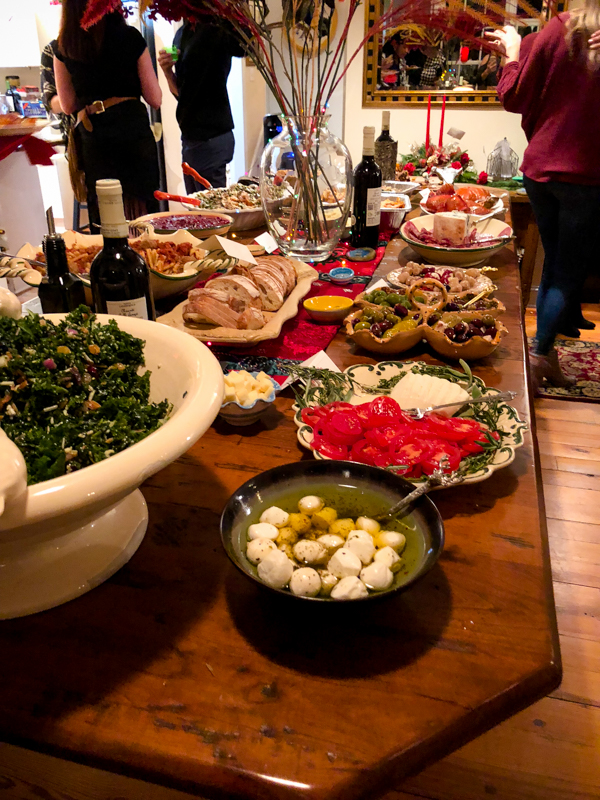 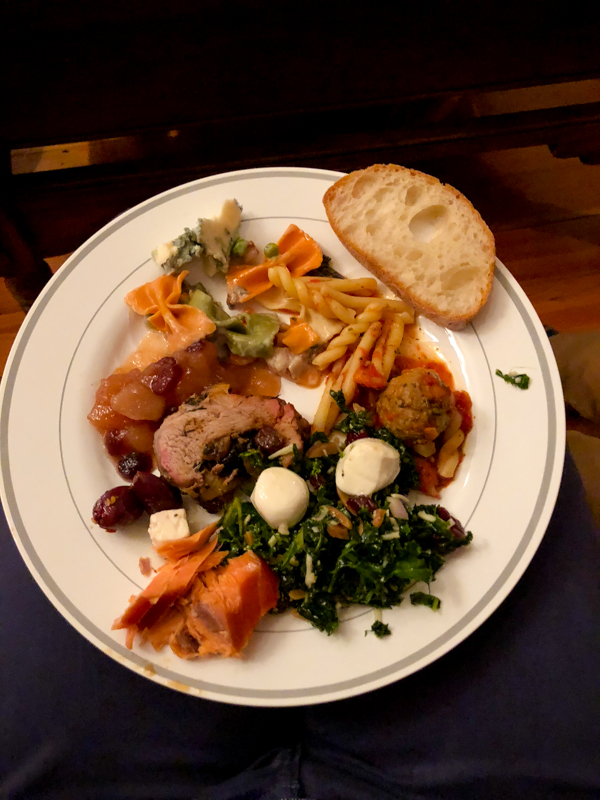 The best dessert was this caramel layer cake. Sure wish I had a slice right now! 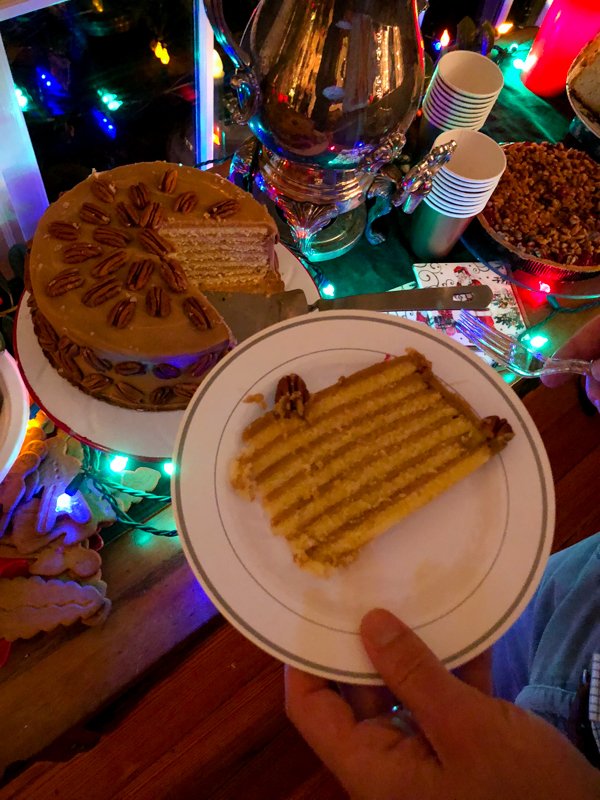 Happy Christmas to you all!