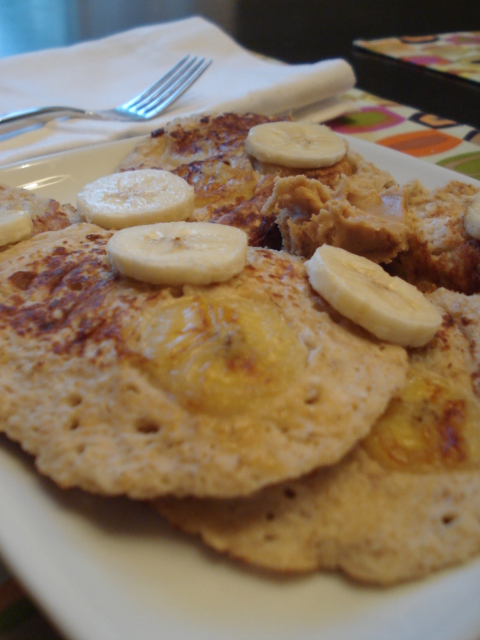 So battery and wet – the danishy-ness is wonderful! If you don’t like pancake batter, you probably won’t like these because they are anything but “dry and golden” but I still think they are wonderful. I don’t know if I will ever go back to my original oatmeal pancake recipe! These do take longer to make, but they are so good!

They were delicious! And very filling too.

Along with just under a tbsp of peanut butter: 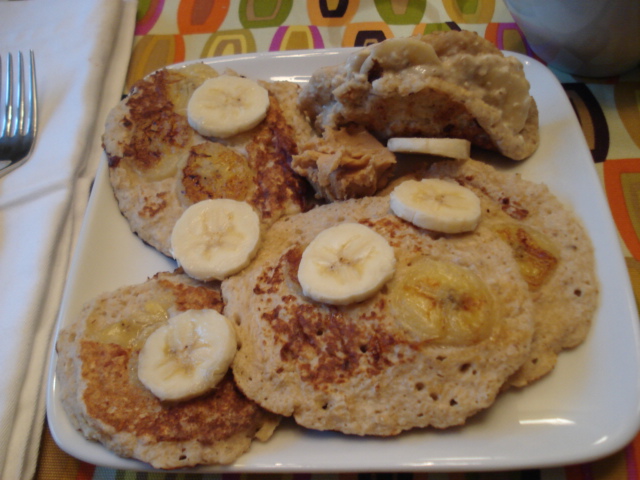 (*Note that these use egg whites, which are safe to consume raw, but if you used real eggs you’d want to be sure they were cooked!) 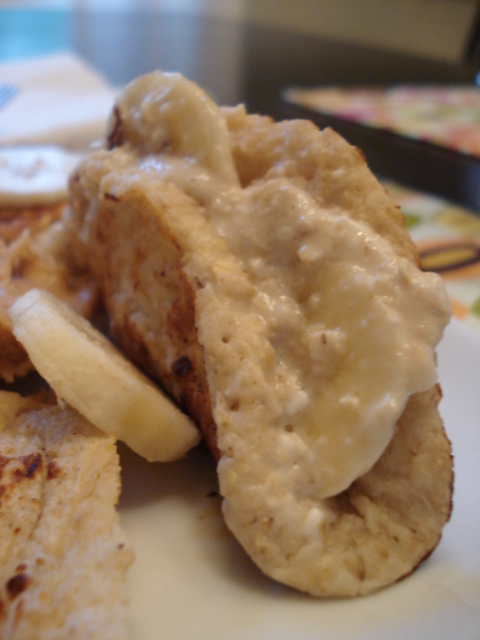 From above, with coffee – 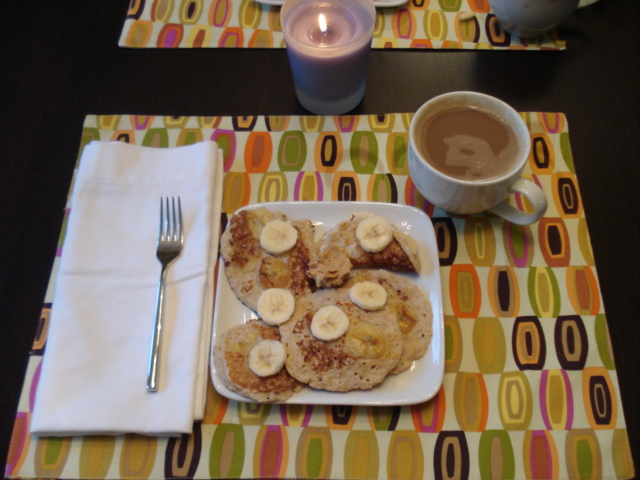 This breakfast was about 460 kcal, 8 grams fiber and 30 grams protein.

I got the floors swept and vacuumed this morning and the dishwasher is running, which means clean dishes later on. And the SUN is out. All combined make me a happy girl 🙂