Not your grandmother’s cereal and milk: 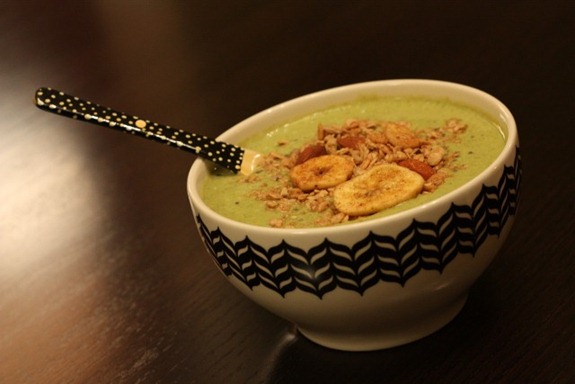 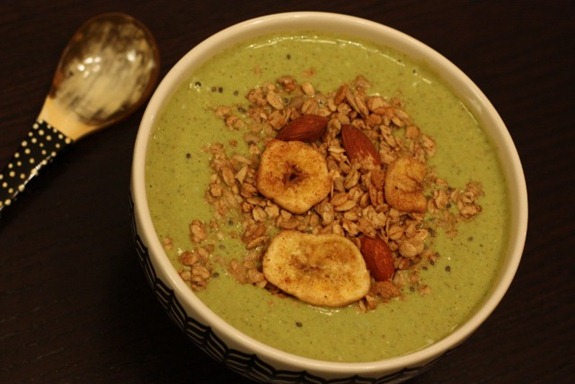 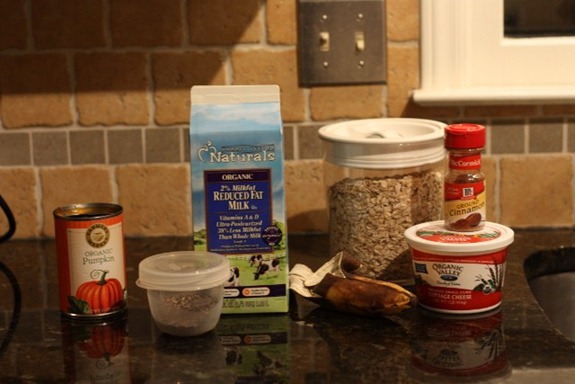 In the Vita-mix I blended:

About 1/3 a cup of juice pulp! For the fiber, since most of the good nutrition was squeezed out. While it turned the mixture green, I could NOT taste any veggies. In fact, this bowl tasted like a thick dough! The cottage cheese + oats + banana gave it a great flavor. Couldn’t taste the pumpkin or veggies at all. 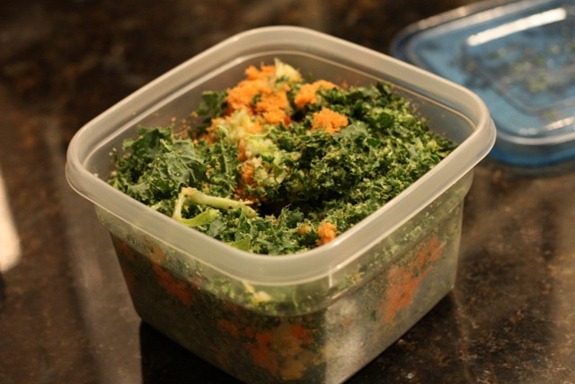 Topped with Cinnamon Mix My Granola

this !
And served with my Kenyan spoon! 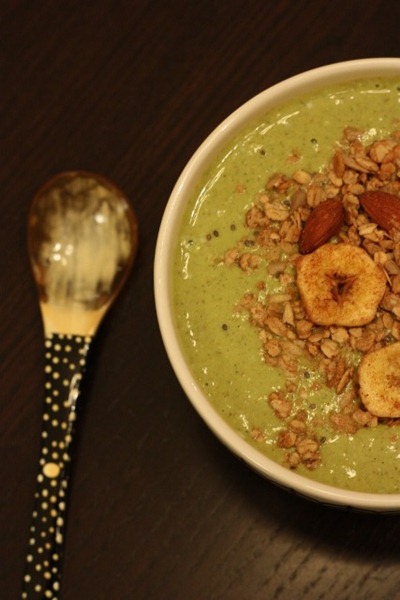 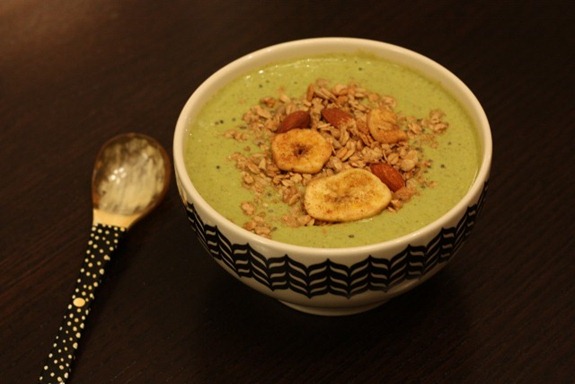 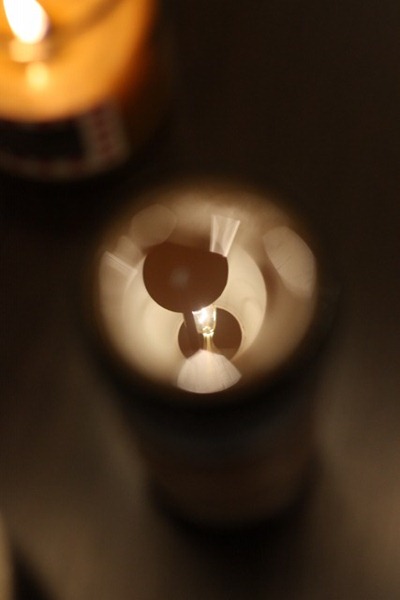 I gave the grounds a second whirl through the grinder to see if they were too coarse for yesterday. I did get more bloom today, but nothing like usual! I’ve been using the Fresh Market’s pre-ground mixes so I wonder if that’s the difference compared to these freshly ground beans. They say to use a coarse grind in a French press but I’ve found anything works! (Although if the grinds are too coarse the coffee is weak). 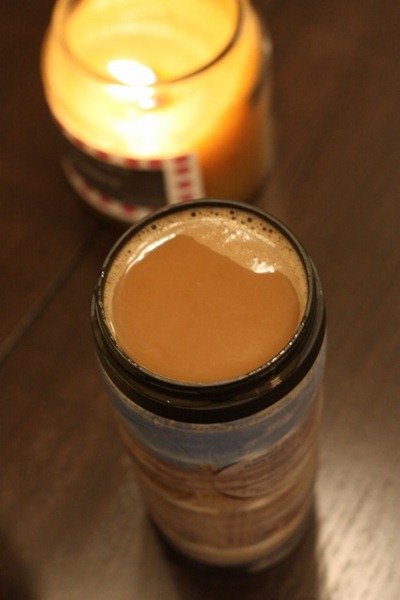 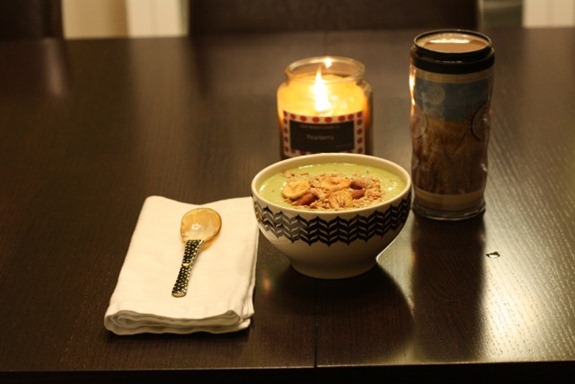