I feel like I don’t cook much anymore. Sure we throw together dishes for dinner everynight, but it’s usually pantry + freezer based and I don’t enjoy it.

So I decided with my test over with, I’d devote tonight to cooking and enjoy every minute.

Of course that means sipping a little Black Box Wine while I cooked. 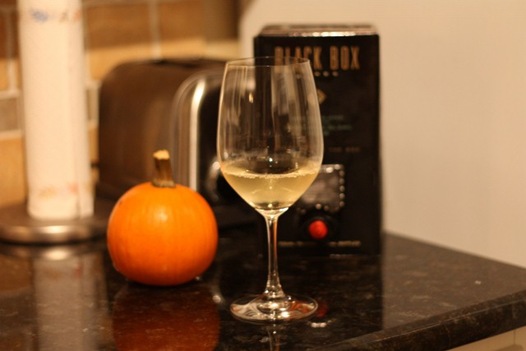 And some Celine Dion blasting out of Pandora!!

[His response: "If you’re singing, I’m having wine too"] 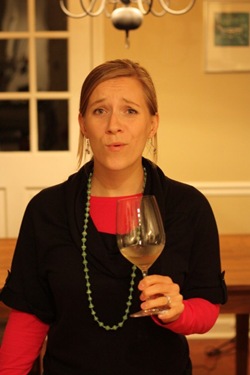 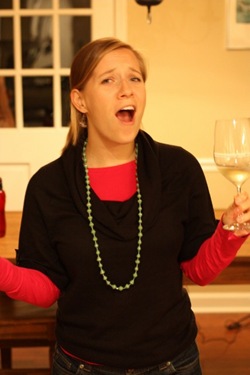 The song got more powerful and so did I!

*This goes out to you LARBS!*

I played the violin 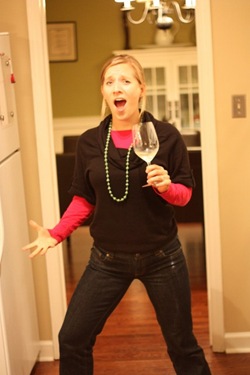 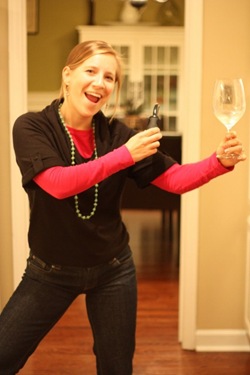 And ended hitting the high note 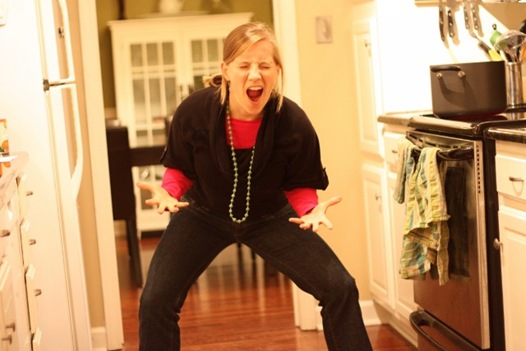 While I sang, this cooked: 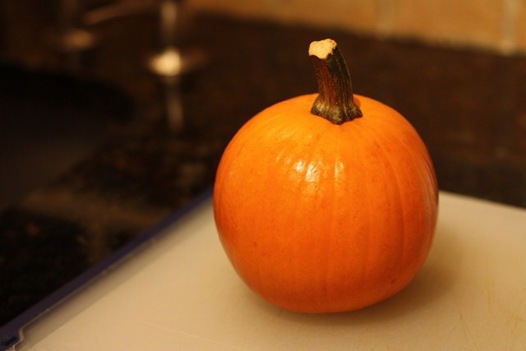 I got a press release last week for a recipe for Pumpkin + Goat Cheese Risotto that caught my eye. I get tons of press releases and normally delete them but this one was something I knew I would love.

It comes from Executive Chef Kerry Heiber of the Millennium Knickerbocker Hotel Chicago.

And here’s the nicely formatted recipe (click to enlarge) 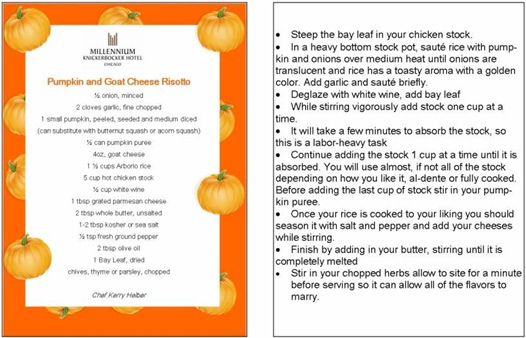 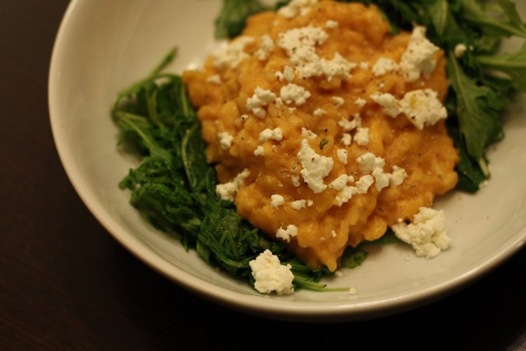 And despite the scary risotto cooking technique, this recipe was super easy. And my very first time cooking a real pumpkin from scratch! Can you believe it?

The only changes I made were:

Otherwise I followed the recipe to a T.

It was out of this world good. Very much like mac and cheese actually. With a subtle pumpkin flavor. Not too gord-y. I did not add cinnamon or nutmeg, but I imagine they will be added for the leftovers 🙂 The recipe made a HUGE pot. Yes, this is a rich dish, but it’s actually not that bad when you think about the ingredients. The only thing that’s a bit over the top is the butter stirred in at the end and you could cut way back like I did or just leave it out. It would still be killer. Goat cheese is actually pretty low on the cheese spectrum, and pumpkin = superfood! 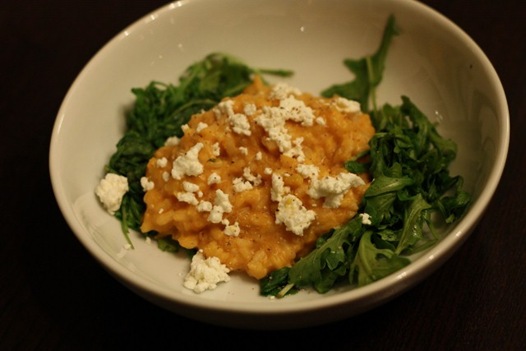 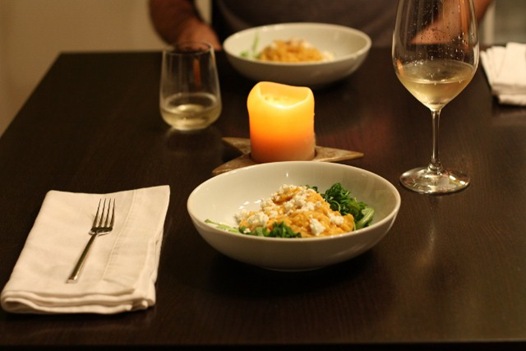 He hasn’t recovered but his spirits are up. He raved about the recipe and he’s not even a huge pumpkin fan! 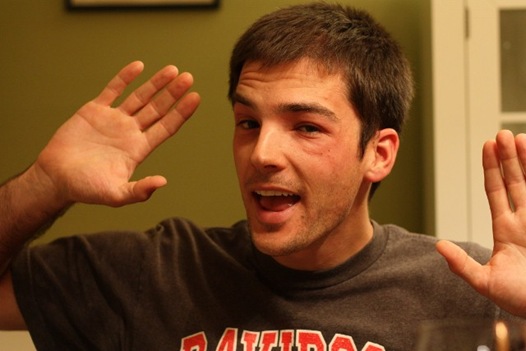 Currently eating a piece of dark chocolate and closing down the kitchen. It was a fun day!

I have another test on Wednesday though, so I have to get studying for that. And I leave for San Francisco again on Friday for Foodbuzz !!!!!!!!!