You are here: Home / Lifestyle / Candlelit Dinner For One 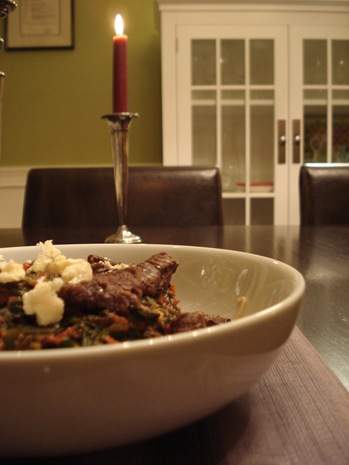 He’s still working 😥 But that means earning money for the family, so I am very proud of him for being a trooper. He’s going on 12 hours, but it sounds like he’s had a fun day from his emails.

I had 2 handfuls of trail mix this afternoon and decided to go to the gym after all. 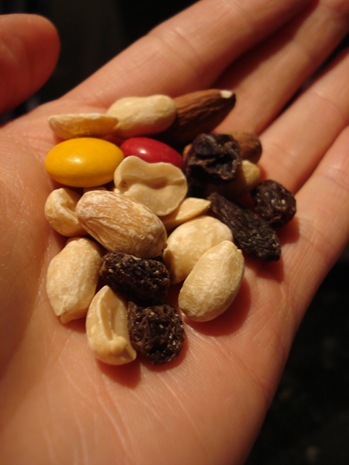 Whilst there I did 45 minutes on the ET followed by some Stat bike and hit the road. 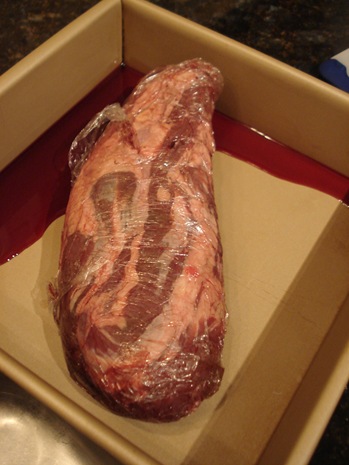 I got this email around 6pm:

Workin for awhile.  Not really sure when the end is, but having fun (and beers!).  Hope your workout was fun, and I’ll call when I’m leaving!

And replied with this:

Home from my workout! Going to make something for dinner with that hunk of meat. I am kind of scared of it, but we’ll see. I’ll have something for you to heat up when you get here.

The beef is a piece of a really nice tenderloin that we had froze and thawed out to eat this weekend. Well, the weekend is over and it’s still sitting in the fridge. I knew I had to eat it. I like meat, but I do NOT like raw meat. It’s usually the husband’s territory, but tonight I had no choice. As a nutritionist, I see meat almost as a multivitamin because it delivers so many bioavailable nutrients (hello heme iron!). So when it’s offered to me, I eat it, but I’m not crazy about cooking it.

So I decided to have a little vino for courage. I love to have a glass of wine when I cook dinners by myself – along with jazz on Pandora. I keep some mini bottles on hand for cooking but sometimes I open one to drink if I don’t want to commit to a whole bottle. I won’t drink cheap red wine, but I do like a cheap buttery Chardonnay on occasion 😉 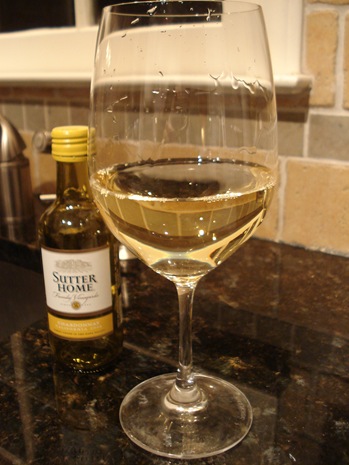 So I set to work. The hunk of meat was actually HUGE. Probably 3 feel long all wrapped up in there. So I did what I could with it. I cut it into 3 sections and cut one into bite-sized pieces for our pasta dinner and didn’t know what to do with the rest so I seared them (after attempting to cut off a ton of huge fat strips). I even broke out the meat thermometer because I had no clue what I was doing (don’t worry – this wasn’t the final temp!) 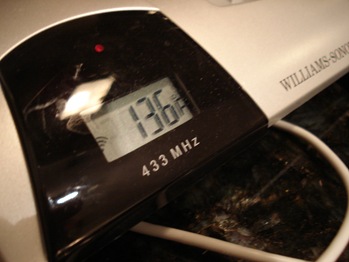 The slabs actually turned out quite well! Not sure what we’ll do with them since we’re going out of town on Tuesday….maybe I can feed one to the husband for breakfast 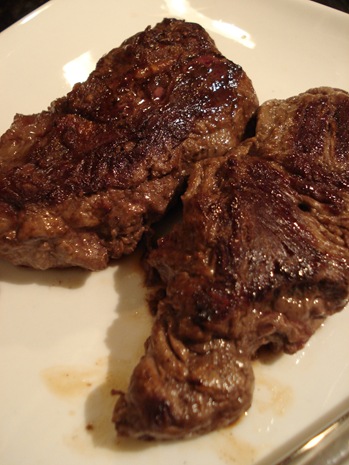 Here’s the dinner portion. I overcooked it 😥 I like my beef rare, but since I was cooking myself, I was scared of undercooking it – so I overcooked it. It was way too tough. 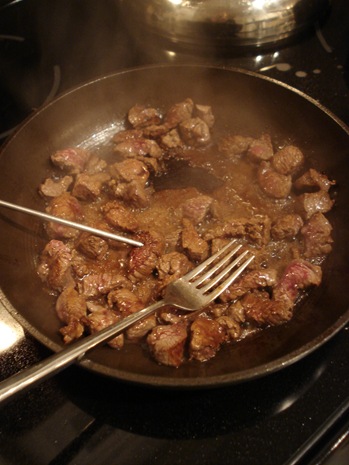 But the final product was a success overall – 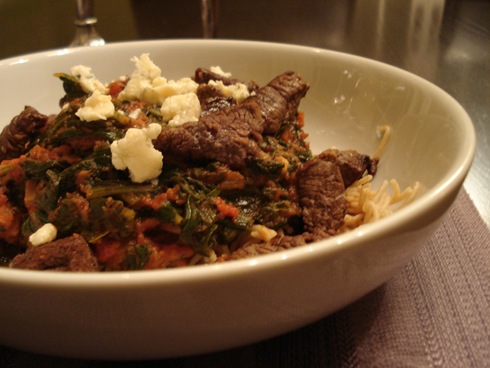 I served the beef over whole wheat angel hair (my favorite type of pasta) with a pouch of Bertolli pasta sauce. I discovered these at BlogHer this summer and think they are BY FAR the best widely available commercial pasta sauce I’ve had (no fake oniony flavor here). I added a cup of frozen spinach to the sauce along with some frozen basil and topped it all with a little blue cheese, which was a wonderful addition. 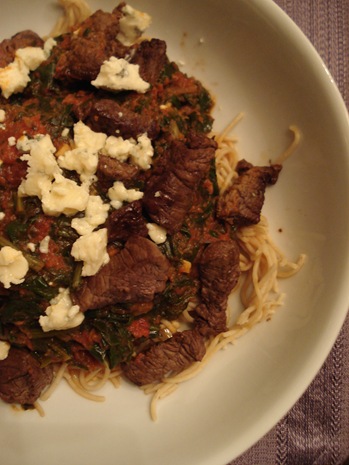 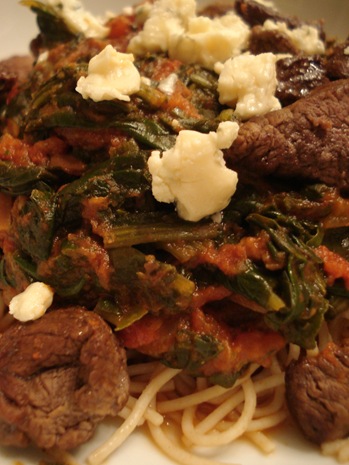 Along with my glass of wine 🙂 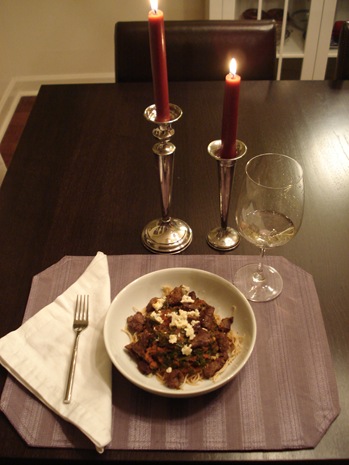 And dessert. The pumpkin bark is almost gone! I need a bar of extra dark chocolate to munch on next. 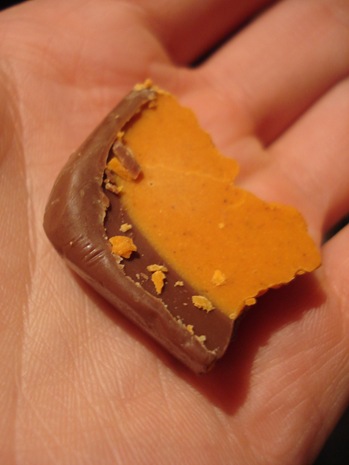