You are here: Home / Lifestyle / Breakfast for a Queen! 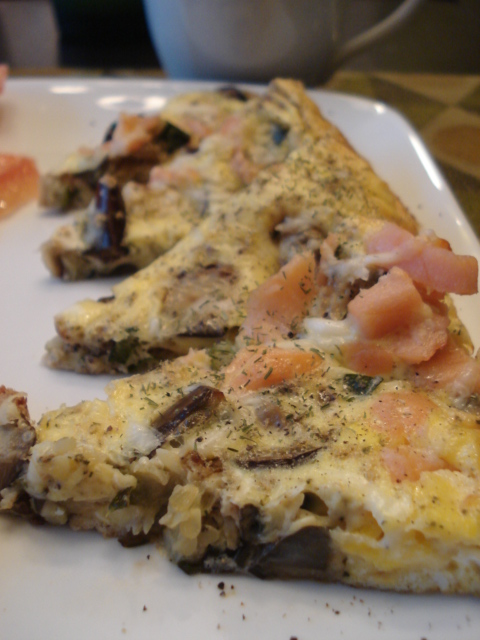 The husband and I make quite a culinary team!! We decided last night to use up the leftover smoked salmon and eggplant and zucchini from Wed. night’s dinner in breakfast today. The result? Frittata! And the best part is we pulled this whole breakfast off in about 10 minutes.

For the frittata (which was the husband’s production) we chopped the leftover eggplant (4 oz) and zucchini (3.5 oz) and seared it in a pan. Then we added chopped smoked salmon (~2 oz). Also added some dried dill weed. Then we added 4 eggs, beat in a prep bowl, and let them cook until almost done. Finally, we topped with 1 oz reduced-fat Italian cheese and put under the broiler for 5 minutes until the top started to brown. We removed it from the pan and cut into pie-shaped pieces. Makes 2 servings, about 225 kcal each. 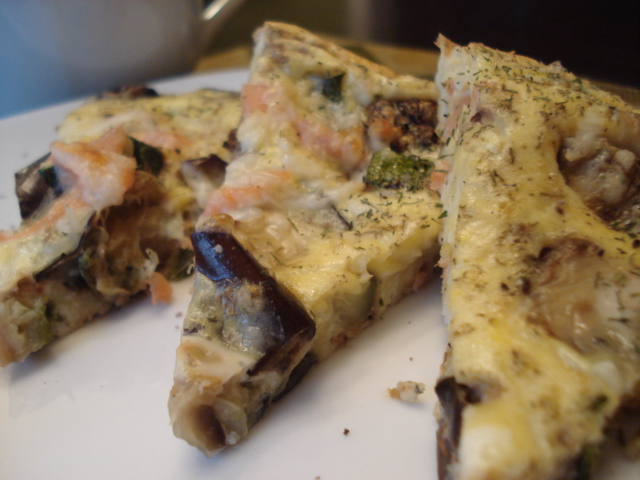 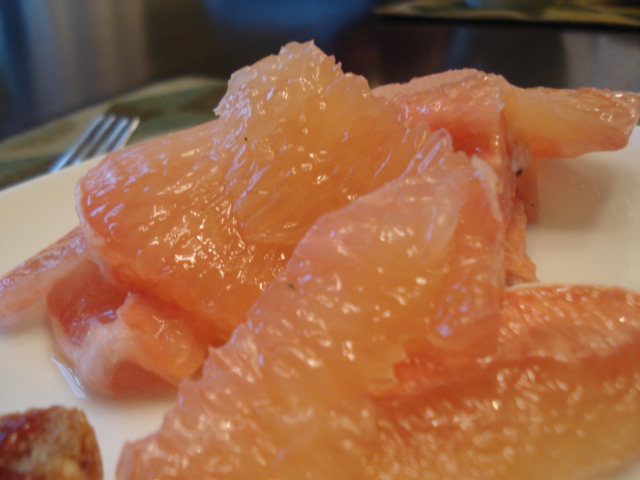 And Ezekiel toast with jam and Smart Balance 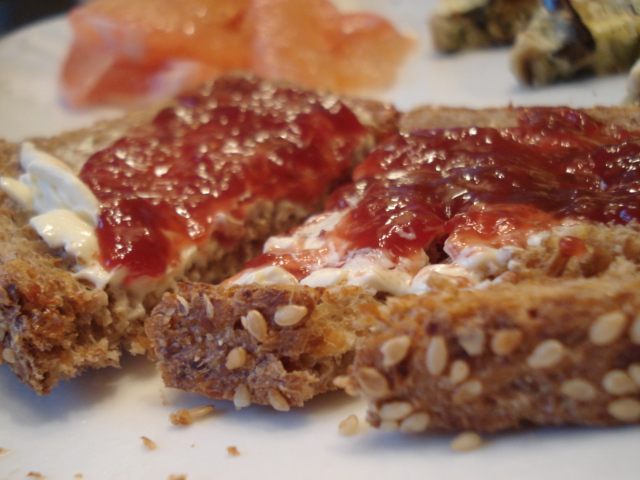 I got some new raspberry fruit preserves (all fruit) from Trader Joe’s. It’s the best jam I’ve had in a while and is 30 kcal per tbsp.

All together with coffee for 423 kcal: 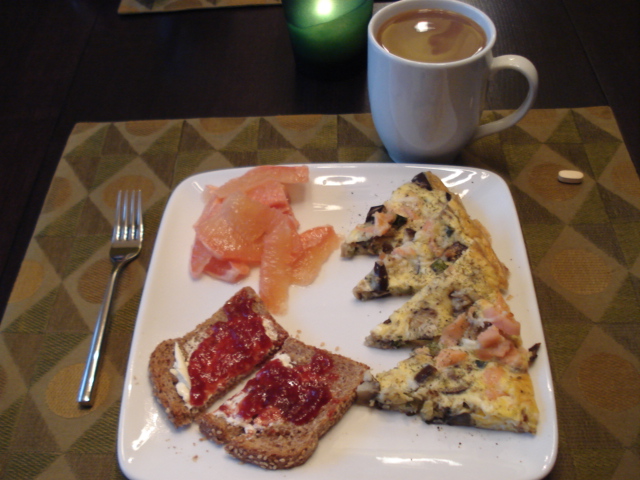 And I am pleasantly full!

Since I had toast with breakfast and am having a sandwich at lunch, I decided on a half serving of oatmeal made with only water before my workout – with cinnamon and a few dried fruit bits. ~93 kcal. 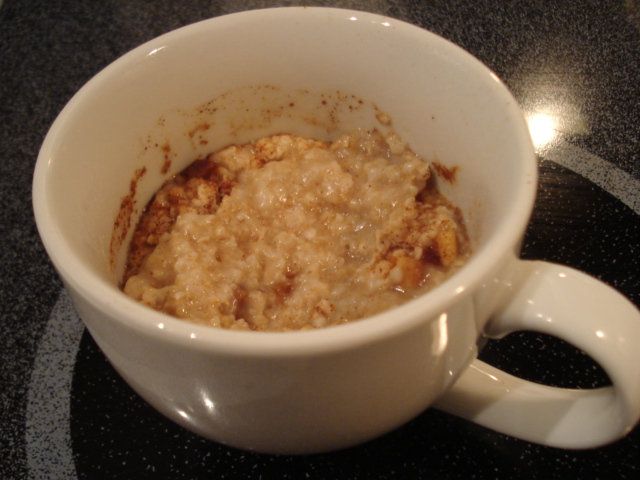 Friday mornings = spinning class!! It was a great one. I use spinning as my time to just zone out from the world. I can hear the instructor and follow what she says, but during each 1 minute surge or 9-minute hill climb, I just sort my thoughts. It’s quite refreshing, and of course it’s nice to burn 450 kcal too!

Tonight we’re making Christmas cookies, and tomorrow we’re going to the husband’s grandmothers for an early Christmas dinner in Oakridge, Tennessee. We’re leaving at 8, so we’re getting up to get in a hard run. Now that’s dedication – getting up at 5:30 to run on a Saturday morning!! I think we’ll just do some walking on Sunday because I don’t want to run 2 days in a row. I could probably use a rest day too. But I’ll be sure to get in at least an hour of walks!

Back later with more stuff….