You are here: Home / Lifestyle / Bobcamp

I woke up early this morning (well, I ways already awake!) to workout with Bob Harper of Biggest Loser fame!! I walked the half mile to the hotel and was greeted with a Quaker yoga mat. I thought we were going to be doing yoga! [Hello sock tan!] 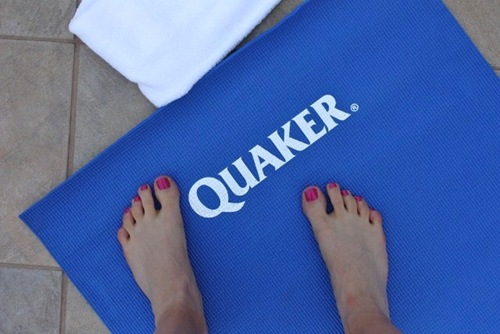 Everyone else had their shoes on, so I knew something was fishy. Turns out it was a bootcamp with Bob! Should’ve worn my high impact sports bra instead of my yoga outfit ; ) 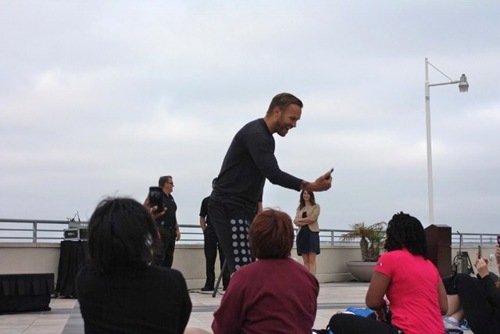 The workout ended up being pretty low key – but we did a large number of squats and pushups so that I felt pretty great at the end! 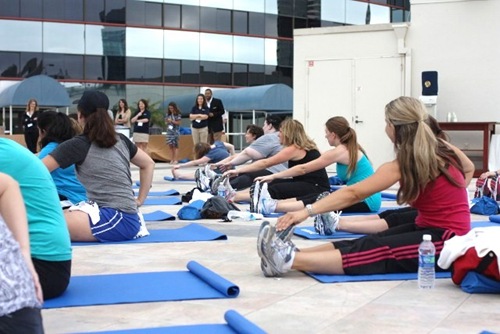 Bob was fantastic. I just love male fitness leaders. They have this "no bull" attitude that really challenges me. Bob was also hilarious! 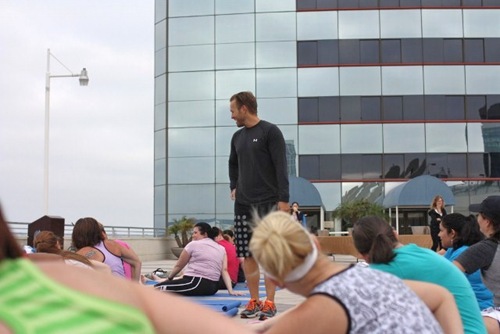 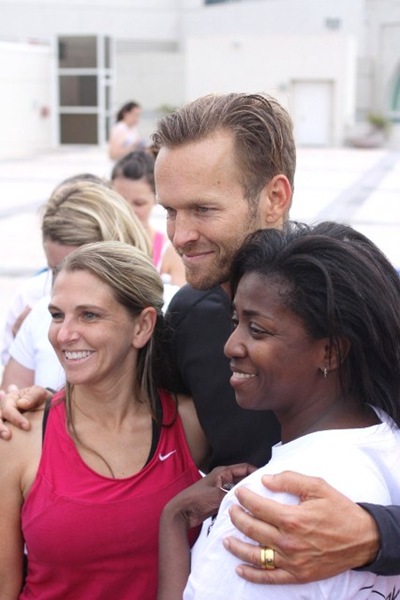 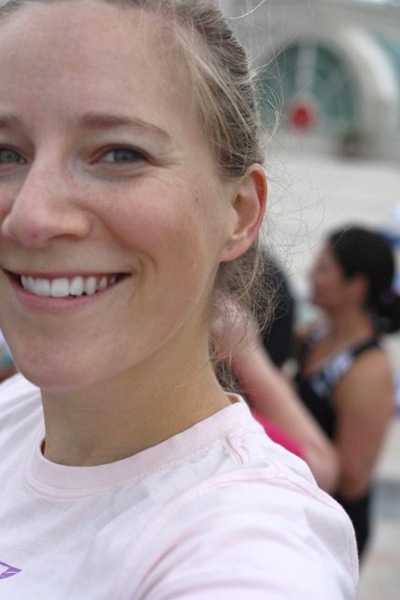 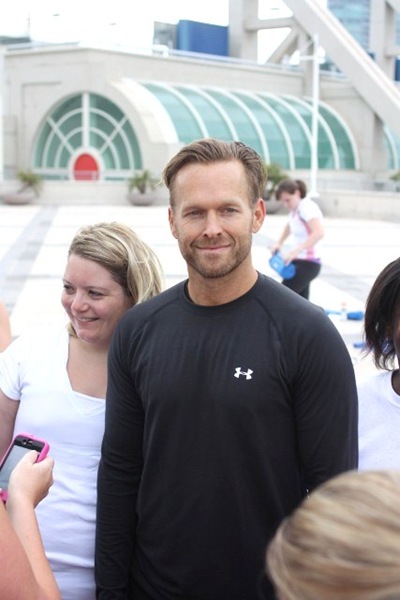 But I finally squeezed in between squealing women to get a quick snapshot! 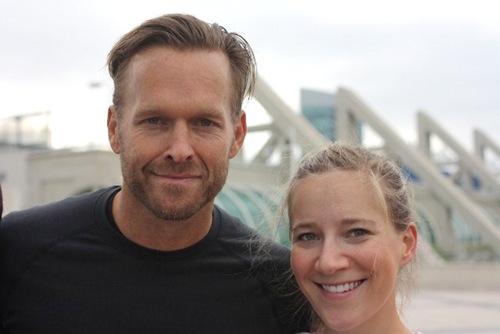 Afterwards, we headed to a Q&A breakfast with Bob. The whole event was put on by QUAKER! Quaker is our headline sponsor of the Healthy Living Summit, so I was excited to see the team and be involved in this event. Two weeks to go until more blog excitement! 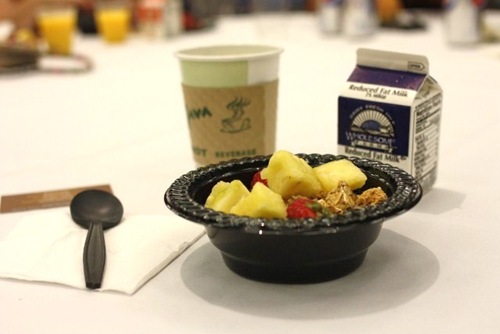 I had a bowl of oats with fruit, raisins and granola 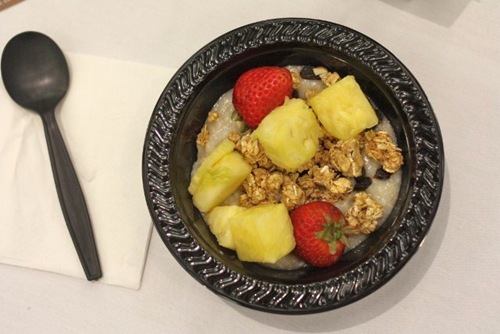 Milk for protein and coffee to drink (which I didn’t finish – just not feelin it anymore!) 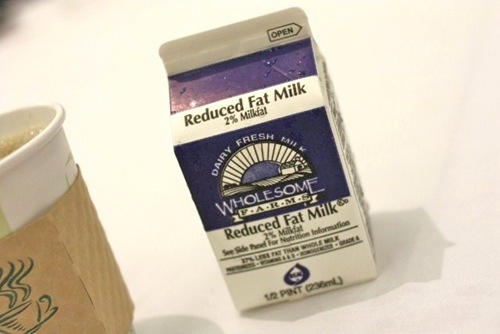 Bob’s Q&A was fun to listen to, but I kept having to bite my tongue on advice from my own mouth! Someone asked him about fish oil supplements and I shouted out "eat sardines" and he said they are indeed super healthy but he would never eat them. 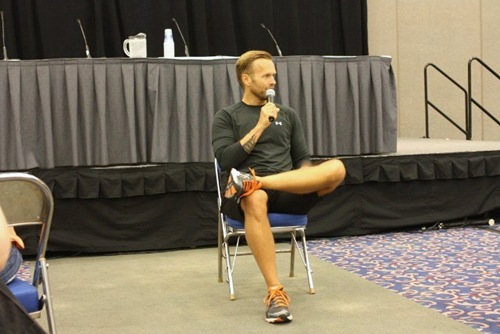 I’m back in my room to shower and get ready for the day. I didn’t eat that much at breakfast (only about half of it) so I might need a second breakfast snack in a little bit. I’ve been munching on Oatmeal Squares before and after my workout!