You are here: Home / Lifestyle / Blog With Nog

Karen brought over some egg nog that she didn’t need the other night. Took me a few days to remember it! I LOVEEEEEE egg nog, however, I actually prefer lighter versions. The real deal is awfully thick and the ingredient list isn’t the most glamorous. Silk makes an eggcellent soy nog!

But I did take the opportunity to put a splash in my oats, just for OPRAH 😉 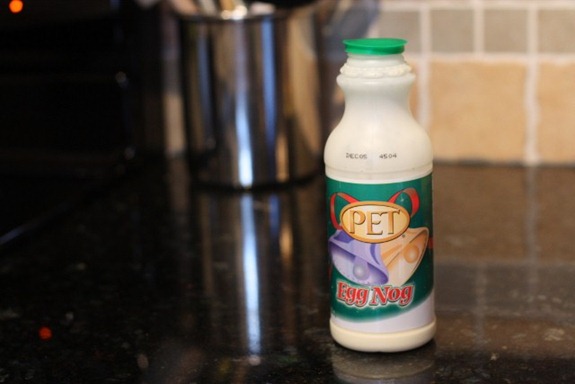 Deck The Blog With Nog For Oprah 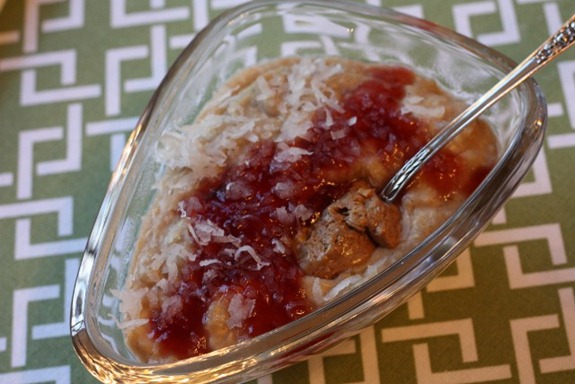 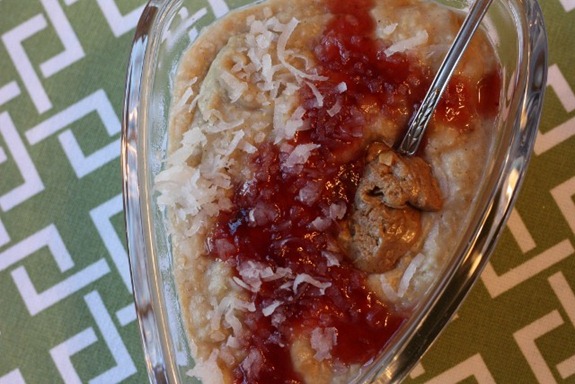 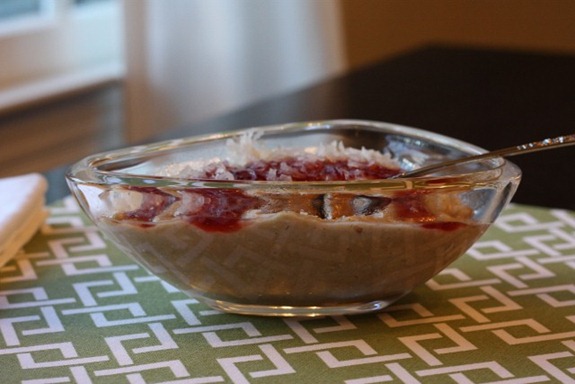 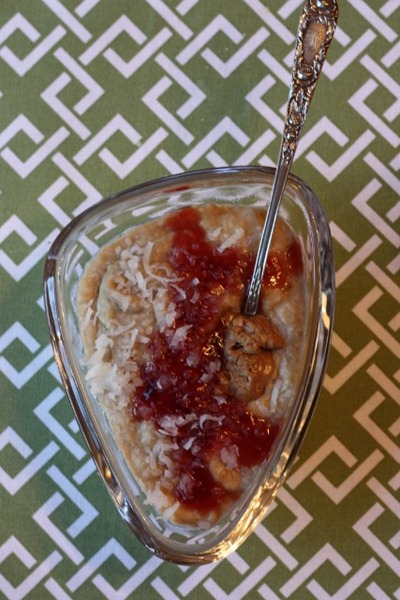 I felt like I had a hangover when I woke up this morning. Blaming the fact that I didn’t have coffee yesterday. Having half caf, half decaf was working perfectly for me – until I ran out of decaf! Now I’m hooked on a full mug of caf and am feelin’ it again. Gotta get some decaf ASAP! 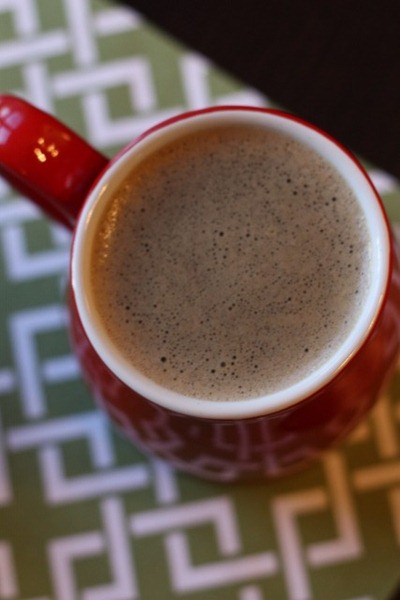 And after one sip: "OH CHRISTMAS TREE!" formed!! 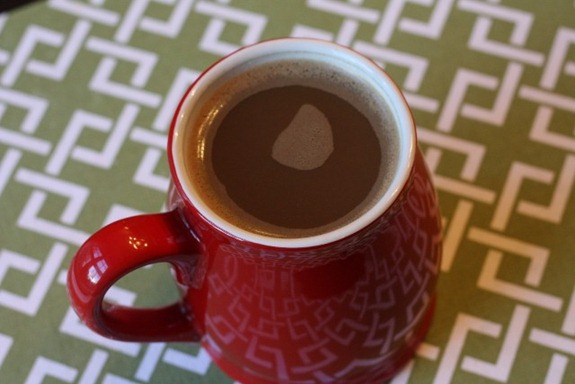 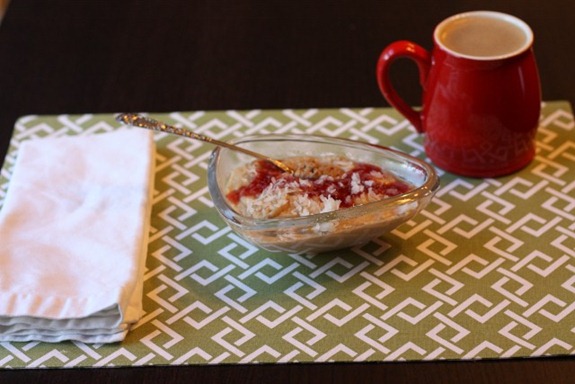 Gonna clean up the house to some carols (we’re having house guests tonight!) and then head over to Sculpt. Gotta squeeze in some more studying this afternoon – eek!