Sorry for all the scatter posting! Lunch today won’t be up until around 4:00 because I won’t have time to eat and blog – and I don’t want to ruin the pleasures of eating by typing in-between bites!

My reverse schedule was quite fun – and effective! I did stats from 5:30-7:30 and then a little bit of Chemistry before we went running at 8:30. I think I’ll do this more often on TTH. I certainty don’t think I would have gotten as much done if I’d ran first, Stats second.

At 6:00 I whipped up a batch of oatmeal – and decided to use frozen mixed berries for a change. It was berry delicious, but not nearly as good as the banana oatmeal. I think since berries have a higher water content they water down the oats, whereas banana seems to emulsify in to make them even creamier than starting. I used to have blueberries or raspberries (frozen and fresh) in my breakfast all the time, but I do that more in the summer because my body is craving those seasonal fruits that time of year?? 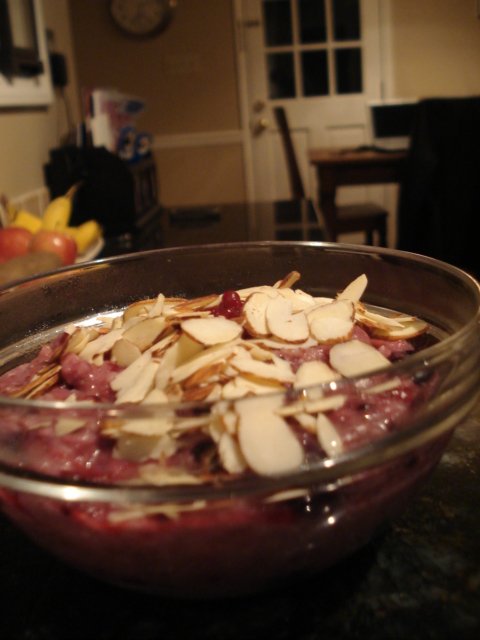 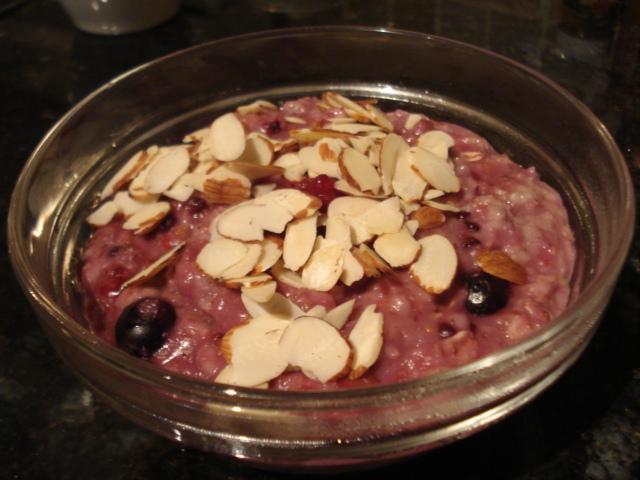 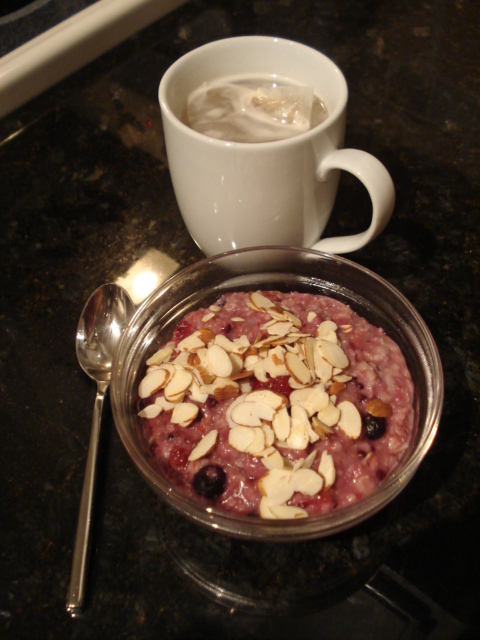 With Chemistry and Physiology on the brain, all I thought about during my run was electrons, heat and metabolism 🙂 The husband and I discussed ATP and heat, our ski trip this weekend, followed by the potential for a third world war. What varied topics! 5.3 miles ran, ~415 kcal burned.

I always have to eat after my workouts, which is why I love having breakfast after rather than before. Today I had a banana with 1 tsp of almond butter and a few crackers. Along with hot raspberry tea with Stevia, which is a naturally sweet herb I’m trying to use more of instead of splenda in my tea. It’s stronger than splenda and doesn’t have the round taste of sugar, but it’s an excellent substitute if you don’t want to consume artificial sweeteners. 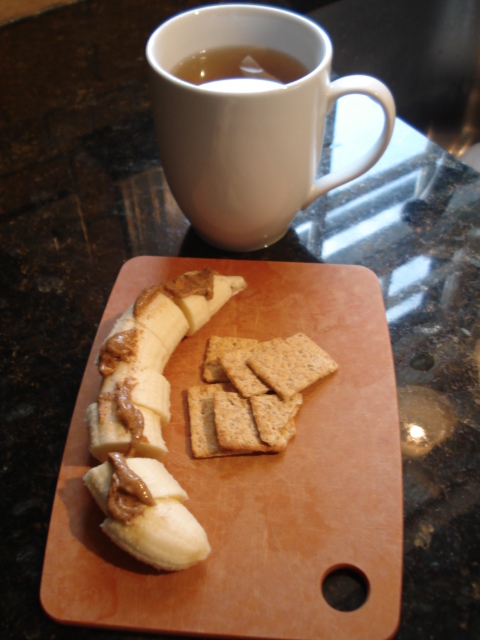 Off to get it done!